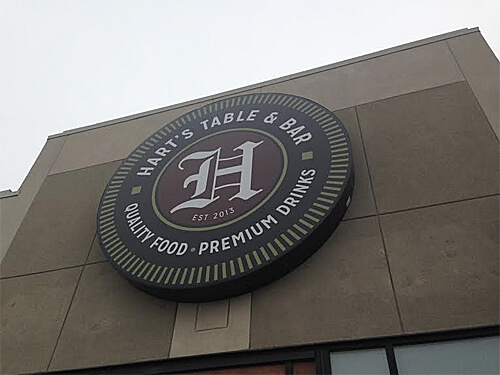 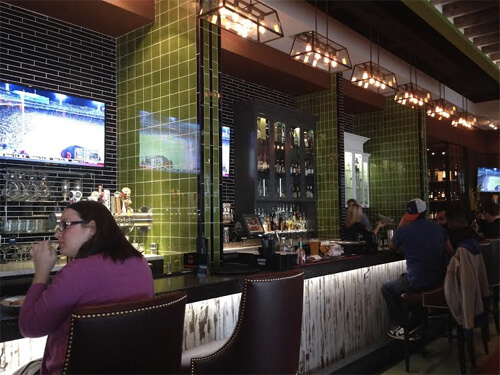 Mike and I first experienced Hart’s Table just before it opened in early March. We were so excited to be invited to their preview dinner on March 8th. I hadn’t gotten around to reviewing it before we ended up there again earlier this week so you’re going to see a lot of dishes in this post! Just know that they all weren’t consumed in the same sitting. (I eat a lot of food – but not THAT much food! Haha ;))

Our initial evening at Hart’s Table was really quite pleasant. Our server was very attentive, the atmosphere was really nice, and the food was good – maybe not blown away or great, but good. We didn’t really have any complaints either, there was just nothing overly special or stand-out about the meal. These are the dishes we tried just before Hart’s Table opened: 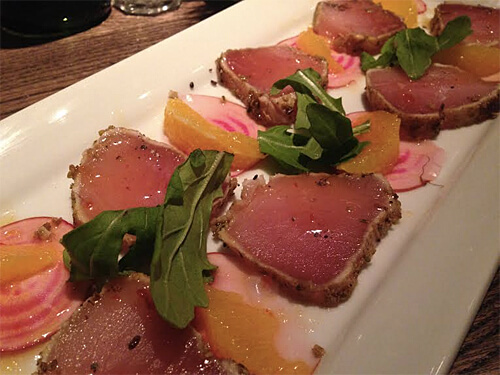 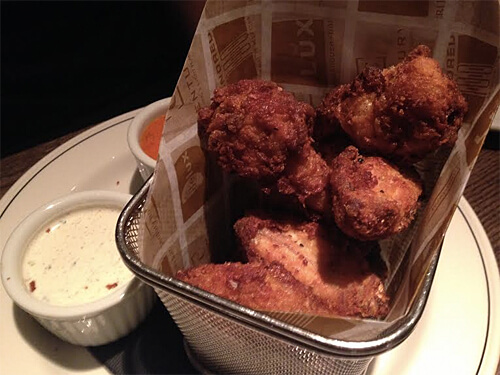 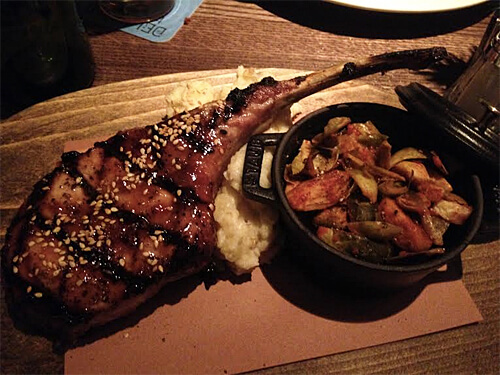 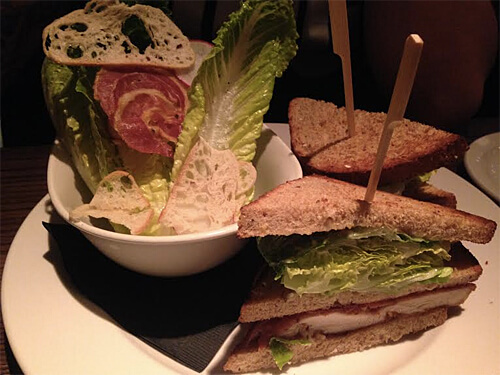 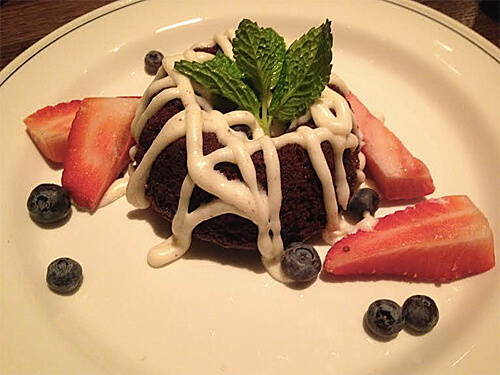 I thought the candy stripe beets mixed great with the Albacore tuna. The glazed Tomahawk pork chop was really tasty and huge if you’re a fan of big quantity. I really liked Hart’s Table take on the Caesar Salad too. It was different, not overly dressed up, but had a good taste. It was just kind of hard to eat with the whole romaine leaf.

Like I said, we had a pleasant time during our first visit but there was nothing that really stood out. Our second visit was much better and we have a few things to rave about! First of all, I need to commend Chef Paul Shufelt on his timely tweeting. Mike and I were initially headed to one of our favourite restaurants XIX Nineteen when we realized half-way there that they were closed on Mondays! Tragedy. I tweeted our disappointment and Chef Shufelt saw the tweet and saw the opportunity.

On this visit, our service was again quite good, the food came out quickly, and the dishes we ordered were delicious! 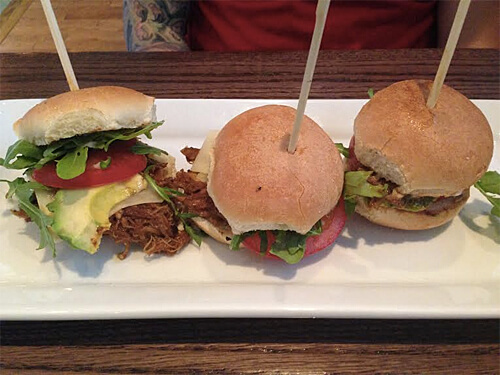 Pulled Pork Sliders with Avocado (on Special that day for $5!)

The day’s food special was pulled pork sliders with avocado – three for just $5. How can you say no to that? 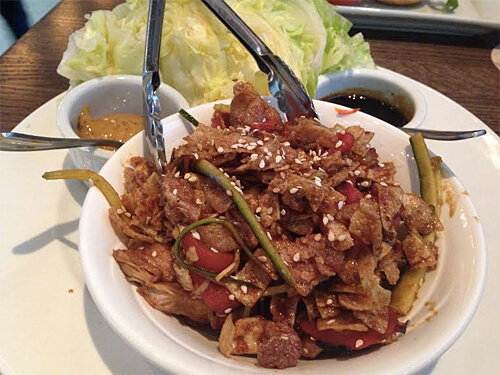 Hart’s Table’s Lettuce Wraps – Crispy Chicken, Crunchy Wontons, Cucumbers, Sweet Peppers, Sesame & Romaine ($15) were delicious! Loved the textures, crunch, and flavour of each bite. This is a must order! 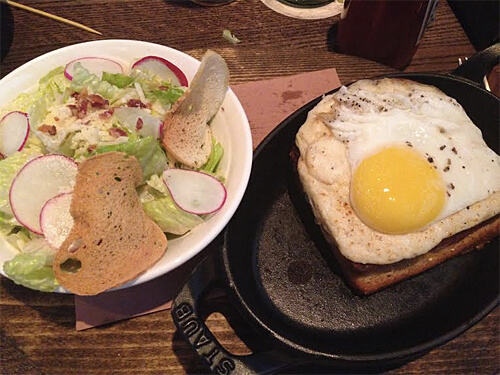 They must have changed their Parlour Caesar from when we tried it the first time because the lettuce was chopped up this time around – which made it much easier to eat, the bacon was chopped, and croutons were slightly thinner than before. Still quite tasty! I also love radishes in salad.

The Croque Madame is really just a grilled ham and cheese sandwich (I added an egg). It didn’t blow me away but it certainly was satisfying. 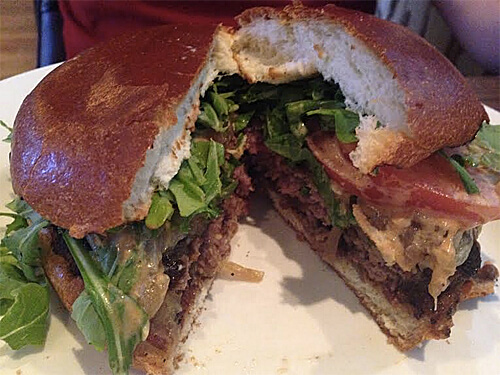 Mike’s Hart’s Burger was decent but perhaps outshining it was the duck fat fries side which unfortunately is not pictured! Just really delicious, skinny crispy fries (my favourite kind!) 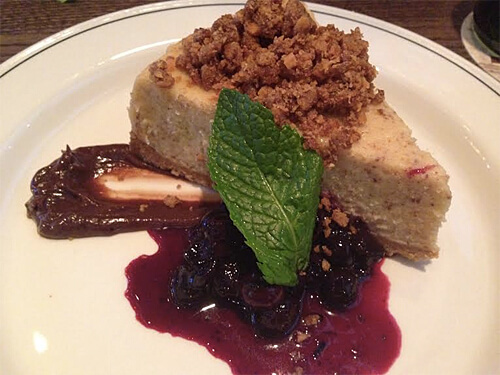 We weren’t overly impressed with either of the two desserts we tried though if I were to pick a winner, I’d go with the bundt cake over the cheesecake (unless you love cheesecake. I just found it too rich – but that’s probably a great quality for others!)

Overall our experiences at Hart’s Table have been pretty good! It’s definitely worth a try. Our service was great, food came out quickly, food was good (some was great, some was okay). Hart’s Table does elevated bar food quite well. There’s a fair bit of different options to appeal to everyone and it’s definitely a welcome addition to that growing neighbourhood. The price points are a bit higher than your average “bar” food, but again, this isn’t your average bar food. I also think they can get away with higher prices given the neighbourhood they’re in. ;) And I’m a big fan of how they handle their social media!

Given the longevity and success of Century Hospitality’s other products (Hundred, Lux, Delux Burger Bar, Century Grill, the list goes on and on!) I have no doubt Hart’s Table will do well in Edmonton.

Go eat your hart out and let me know how your experience was!

Linda Hoang is a Canadian blogger based in Edmonton, Alberta, who writes about travel, food, lifestyle and pet topics. She's also a seasoned social media/digital strategist with a journalism background, the founder of the Edmonton International Cat Festival and co-founder of Stop Race Based Hate, an online anti-racism education tool. Linda loves exploring the world with her partner Mike, eating their way through cities, supporting local businesses, and photographing Instagrammable Walls. Linda is a fur-mom to two cats and two dogs.
PrevPreviousSocial Media Notes (#25) – Links for the Week of March 31 – April 6
NextSocial Media Notes (#26) – Links for the Week of April 7 – 13Next