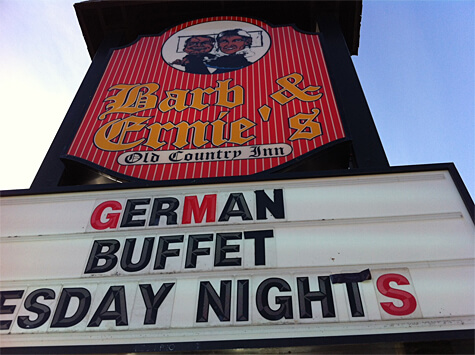 Mike and I had a weird work schedule week and ended up having Friday off together! We ended up going for brunch at Barb & Ernie’s (at 9906 72 Avenue), a restaurant we’d been meaning to try for awhile. 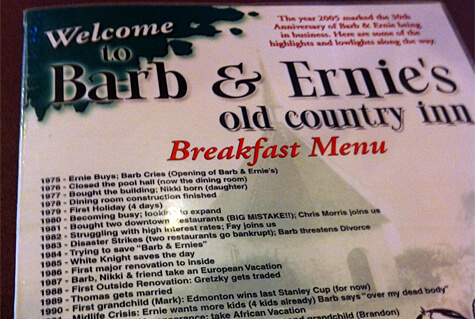 Lots of history at Barb & Ernie's!

We’d heard a lot of good hype about Barb & Ernie’s, that it’s one of the best breakfast/brunch places in the city, that it’s more than a restaurant, it’s an institution – been here for over 30 years, etc.

But we had also heard it wasn’t as good as it had once been. And it turns out the latter was true in our experience. 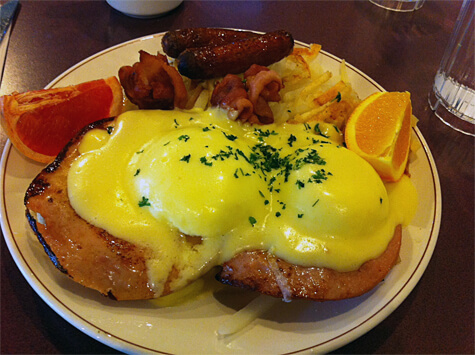 I didn’t enjoy my meal at all. It was unbelievably greasy and actually made me feel sick I had to stop eating lol. And I never stop eating!! 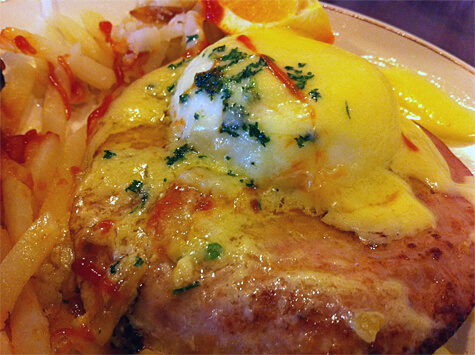 Note the grease. Extremely disappointing when their eggs benedict is supposed to be the “best in the city.”

He said his meal was “good” but he also said he didn’t want to be quoted saying anything mean in my review so I know he probably wasn’t that impressed he just didn’t want to say lol.

Egg Benedict’s I’ve had at New York Bagel, Cora’s, and The Loft have all been better than the one I had at Barb & Ernie’s. (While eating I really wish we had gone to any of those places instead, lol).

Also in terms of pricing – this place was way too expensive for what you get both in quantity and quality. My meal was $16. $16! More expensive than the meals at Cora and The Loft, on par with the meal from New York Bagel, but at least it’s fantastic at New York Bagel for the price.

Our bill ended up being close to $40, which is pretty standard for our meals out, but at the same time makes me cringe thinking we could have tried say Pampa Brazilian Steakhouse for lunch at basically the same price, lol. (One day we’ll toss out our frugality for the night and go to Pampa!!)

I will say that the atmosphere at Barb & Ernie’s was nice and the service was friendly and speedy, but that doesn’t make up for the food. I was very disappointed and I can say with certainty that I won’t be back. I don’t quite see what all the hype is about. Though I have heard the hype was merited back when Barb & Ernie still ran the place but it’s been a lot different since they retired.

So have you been to Barb & Ernie’s? What did you think!?

Linda Hoang is a Canadian blogger based in Edmonton, Alberta, who writes about travel, food, lifestyle and pet topics. She's also a seasoned social media/digital strategist with a journalism background, the founder of the Edmonton International Cat Festival and co-founder of Stop Race Based Hate, an online anti-racism education tool. Linda loves exploring the world with her partner Mike, eating their way through cities, supporting local businesses, and photographing Instagrammable Walls. Linda is a fur-mom to two cats and two dogs.
PrevPreviousClicks of the Day: Thursday, Feb. 16, 2012 Edition!
NextClicks of the Day: Feb. 17, 18, 19 2012 Weekend Edition!Next