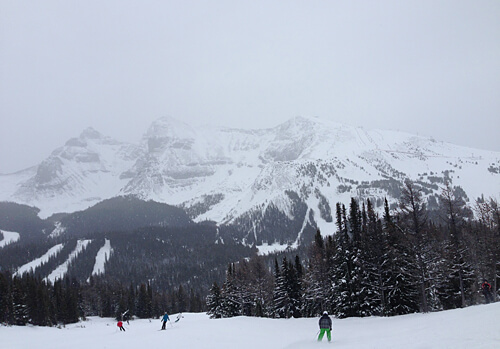 Snowboarding on the mountain.

Before the new year, Mike and I went to Banff with some close friends for a snowboard trip! The weather was great during our day on the mountain and we had really been looking forward to a short getaway.

We went to Sunshine Village! It was my very first time snowboarding on the mountain but Mike and friends have been a few times before. One of the bindings on my snowboard actually ended up snapping off while I was on the mountain so that made for an interesting trek back down. I was very, very hungry by the time dinner rolled around! 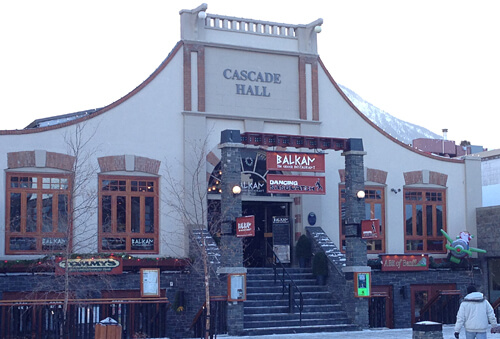 I’ve been to Banff four times now and three of those times I’ve dined at Balkan the Greek Restaurant. I’ve always meant to write a review but never did. This time I definitely wanted to capture the amazing time we had at the Balkan!

When you go to a small town, or anywhere really, I think you should always try to eat at a place unique to that location. There is an Earls, Boston Pizza and The Keg in Banff, all very familiar names and all quite good but I could not allow our group to eat at a chain we have in Edmonton while in Banff.

The restaurant has been unique to Banff since 1982! It’s a must-try and I’ve only ever tried lunch there so I was looking forward to trying the dinner menu. Apparently if you go on a Tuesday or Thursday they have belly dancing performances and plate smashing! How fun. Even though we didn’t get those activities on the night we were there (Friday) it was still a fantastic experience. Check out the food we tried below: 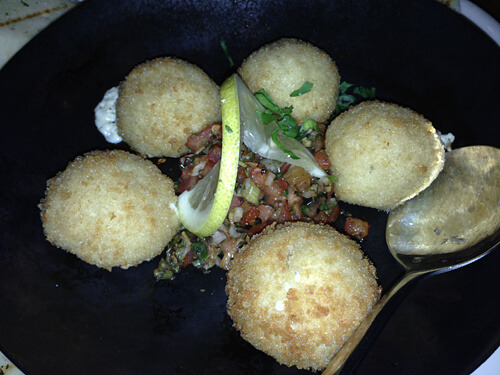 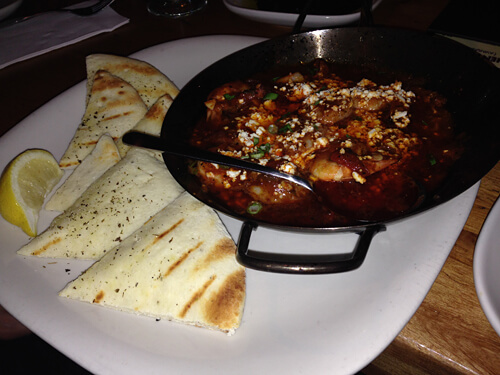 Seafood Saganaki at the Balkan. ($16) 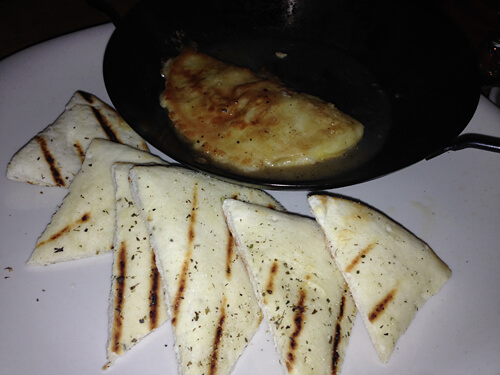 A Fire Starter – Saganaki – Kefalograviera cheese fried with olive oil & flambeed with brandy at The Balkan. ($14) 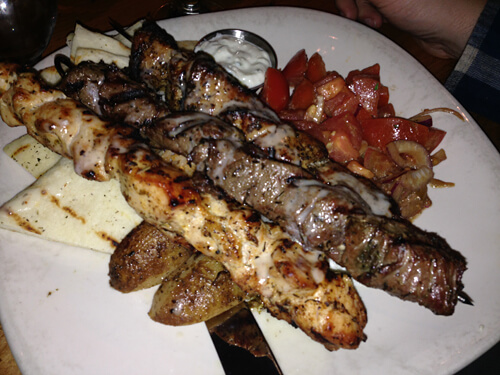 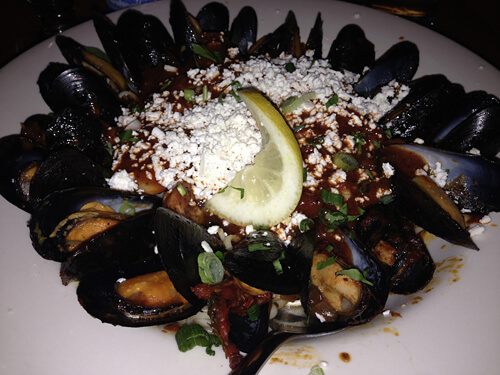 Linguini Santorini at The Balkan. ($19) 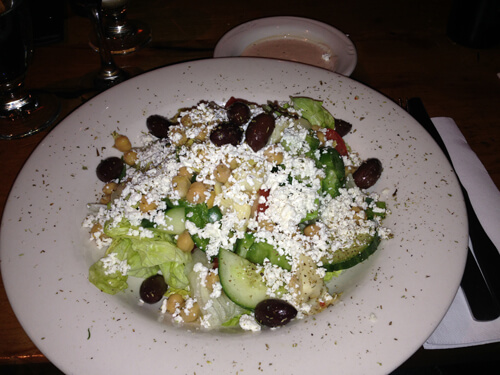 Mediterranean Salad at The Balkan. ($15) 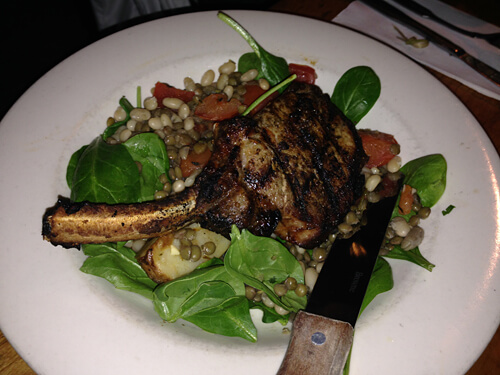 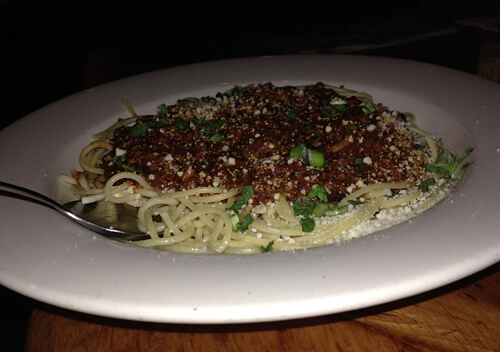 Spaghetti at The Balkan. 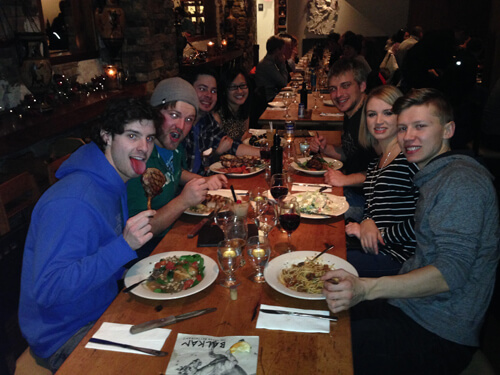 A great night at The Balkan in Banff!

The food was fabulous, though one friend thought $30 for the wild boar was a bit steep and didn’t think that was overly worth it. The flambeed cheese was also a bit overpriced. You’re paying more for the show than the food. The fried feta balls are definitely better bang for your buck! So cheesy. I thought my linguini santorini was excellent. Mike’s Hercules feast was huge and delicious and our server was great. He was very personable and conversational and had a lot of recommendations for everyone! The food came out in good time and other than those few points I mentioned above, there were no complaints. The price points here are high, so you will fork out quite a bit (especially if you’re planning on getting wine and other drinks) but when in Banff… splurge a bit! ;)

Overall we had a wonderful time at the Balkan. Although it was a bit pricy (you’re looking at $20-$30 for entrees, appies are about $10-$16), the experience (service, atmosphere and food) was fantastic. I can’t imagine how fun the plate smashing and belly dancing nights would be! I recommend the Balkan to anyone going to Banff. It’s definitely a special dining experience. I know I’ll definitely be back! :)

As the Balkan says, “your stay in Banff is not complete without a Balkan Restaurant dining experience…. OPA!”

So have you been to Balkan the Greek Restaurant in Banff?! What did you think?

Linda Hoang is a Canadian blogger based in Edmonton, Alberta, who writes about travel, food lifestyle and pet topics. She's also a seasoned social media/digital strategist with a journalism background. Linda loves exploring the world with her husband Mike, eating their way through cities, supporting local businesses, and photographing Instagrammable Walls. She is the founder of the Edmonton International Cat Festival and a fur-mom to two cats and two dogs.
PrevPreviousSocial Media Notes (#12) – Links for the Week of Dec. 30 – Jan. 5
NextSocial Media Notes (#13) – Links for the Week of Jan. 6-12Next