I went to Zaika Indian Bistro Bar (at 2303 Ellwood Drive in the southside) on Tuesday night to belatedly celebrate Mother’s Day with my family. (My parents only have Tuesdays off so that’s usually the only day I can ever go on any kind of outing with them).

My brother had been raving about the place so he really wanted the rest of us to try it too. He could not get enough of the naan bread, which he says is the best naan bread he’s ever had, made even better when dipped in the butter chicken sauce. Unfortunately he was the only one at the table who really thought it was that spectacular. The rest of us just felt it was okay – decent. The restaurant itself is very nice, very modern. The service was great and the place was fairly packed for a Tuesday night. The buffet is set up like this in the centre of the restaurant: 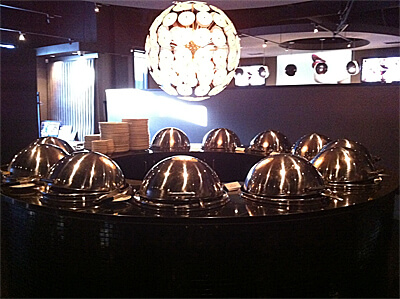 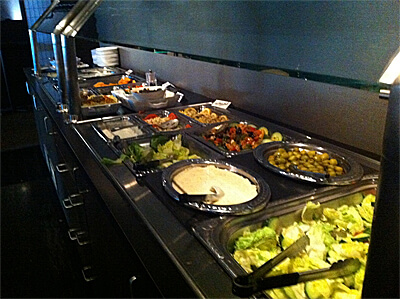 But the food was only okay. I mean, compared to the other Indian restaurants I’ve been to – New Asian Village, Dawaat, and Haweli – nothing really stood out in terms of taste or selection. In fact the selection was probably less than some of the other Indian buffets I’ve been to. Still I really enjoyed the butter chicken and tandoori chicken, but I enjoyed them in the same way that I’ve enjoyed them at other places. Again, nothing really stood out.

This was my first plate: 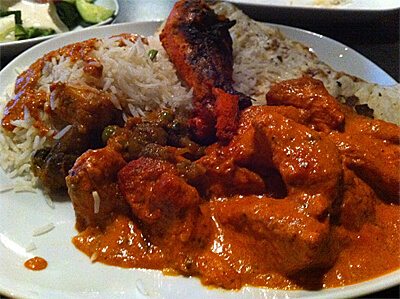 (I’m not really one for presentation, lol).

I also had some more chicken, rice, naan bread, salad, and tried their sweet corn soup as well. 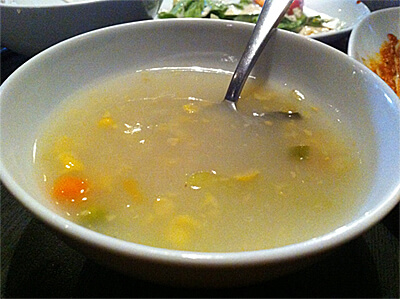 Again, my brother absolutely loves Zaika and, according to other reviews I looked up online, so do many people in Edmonton.

Don’t get me wrong, it’s not a bad place to eat, it just didn’t impress me in the way that my brother’s raving led me to believe I would be impressed.

It’s good Indian buffet, at a cost that’s cheaper than other Indian buffets I’ve been to ($17 per person, not bad!) It just wasn’t anything special for me and given how far south it is – not really worth the drive. I think my lack of enthusiasm also stems in the fact that I rarely eat Indian cuisine in the first place – so maybe I just don’t have as much of a taste for it (although several times I’ve ordered Indian food in the food courts at the mall because I was craving it, and even food court butter chicken and naan bread felt on par with Zaika’s).

While I won’t likely be back, I will say again that the place did have great service, was not too expensive, and the restaurant itself was very clean, sleek, and nice.

I just didn’t think it was “super amazing” like my brother told our server it was when he asked how everything was, but it did make for a nice Mother’s Day meal!

Also worth noting – I was pleased to go to Zaika in general because I would like to try eating at more local restaurants so at least I can cross this off my Eat Local list now! ;)

So, have you been to Zaika? Did you enjoy it?

Linda Hoang is a Canadian blogger based in Edmonton, Alberta, who writes about travel, food, lifestyle and pet topics. She's also a seasoned social media/digital strategist with a journalism background, the founder of the Edmonton International Cat Festival and co-founder of Stop Race Based Hate, an online anti-racism education tool. Linda loves exploring the world with her partner Mike, eating their way through cities, supporting local businesses, and photographing Instagrammable Walls. Linda is a fur-mom to two cats and two dogs.
PrevPreviousMy Kitty: Thor at six weeks old!
NextClicks of the Day: Monday May 16, 2011 Edition!Next