On the Labour Day long weekend, I finally crossed off a “C” restaurant on my A to Z Restaurant Review Series (I’m really taking my time with this thing lol). Mike and I got up early to go for breakfast at Cafe Bicyclette (8627 91 Street) in the La Cite francophone building just east and a bit north of Whyte Avenue. 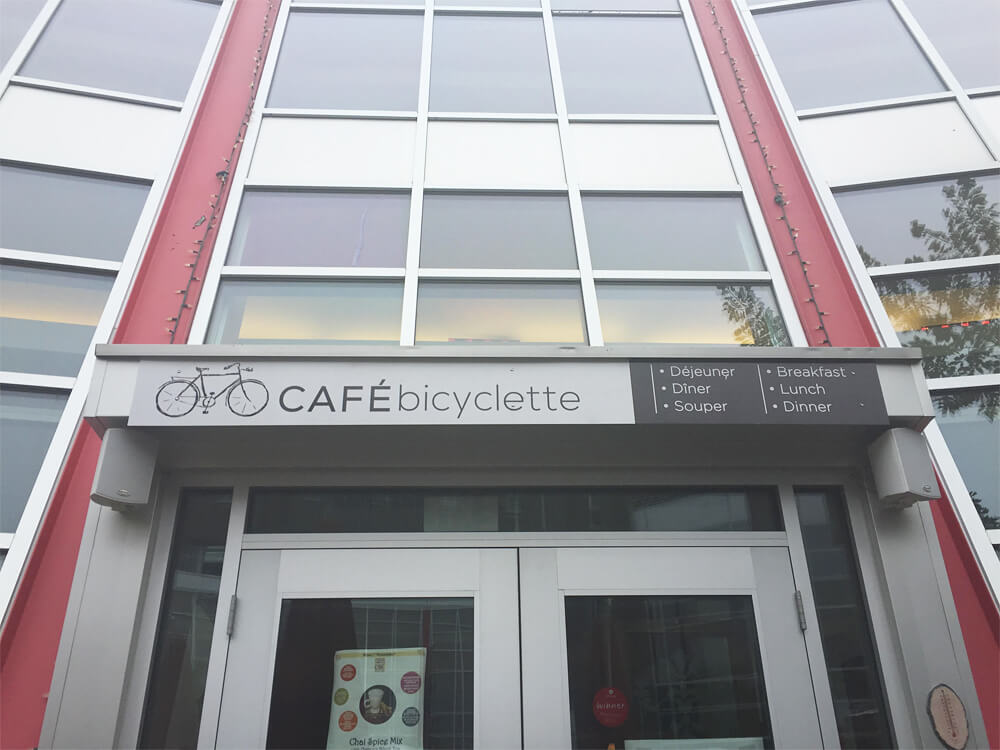 I’d been wanting to go to this cafe for awhile. My sister-in-law tried it about a year ago, I’ve been in the La Cite Francophone building for other events (including an opera and the Yeggies!) and earlier this summer my friend Brittney brought our out of town guests to try the famous Cafe Bicyclette poutine.

Top of the list for a lot of people who visit from out of town: can you take me to try Canadian poutine? And not only that – but which place has the very best poutine? 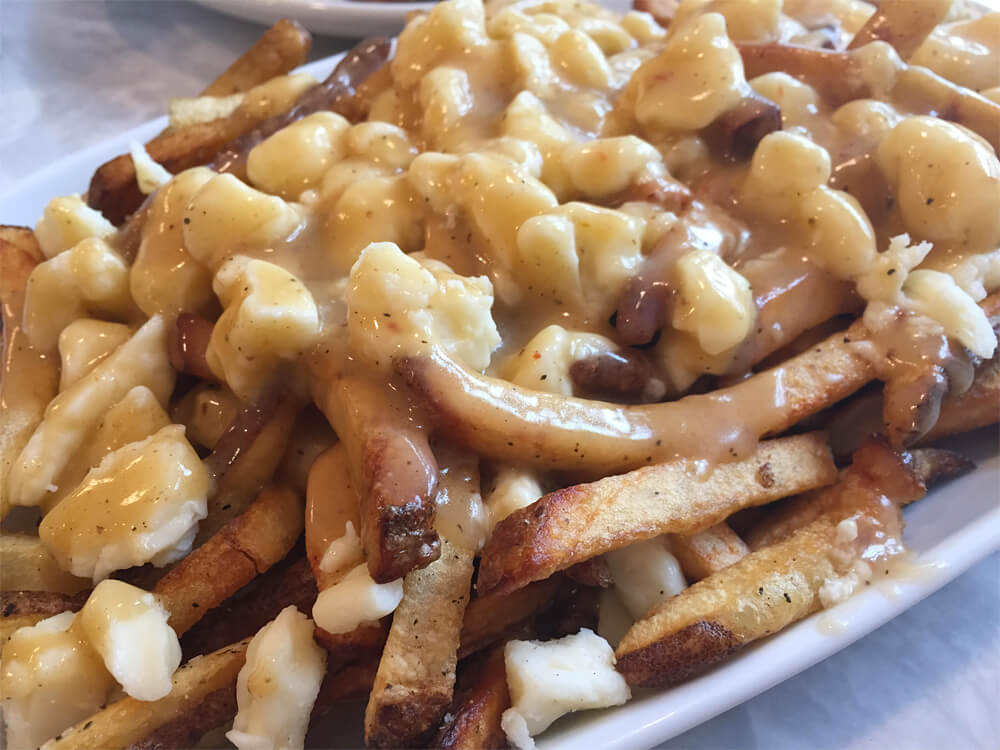 The famous poutine at Cafe Bicyclette!

There’s some form of poutine at so many restaurants in Edmonton but what’s the one you show off to people as the “Canadian poutine?” Lots of people point to Cafe Bicyclette’s. Their famous poutine comes in three sizes – grande at $10, petite at $7, and mini at $5. The $10 grande order gives you a very substantial amount of very good poutine. They are very generous with their cheese curds and gravy. The cut of the fry is not too thick (and underneath there’s a nice treasure of my favourite skinny fries!) They’re also not too soft and it’s very well-seasoned. It’s easy to see how the poutine is a fan favourite here. 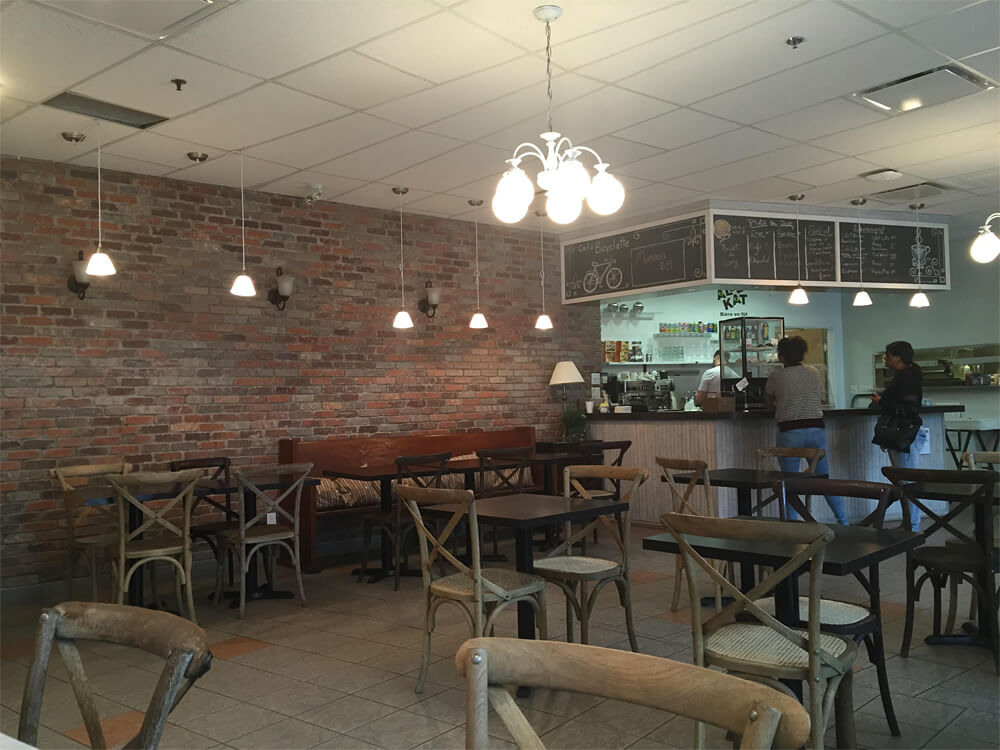 Cafe Bicyclette is a super cute space! It’s clean and bright, with lots of natural light coming in (for the late summer/early fall morning that we were there) and basically the perfect set-up for Instagram photos. 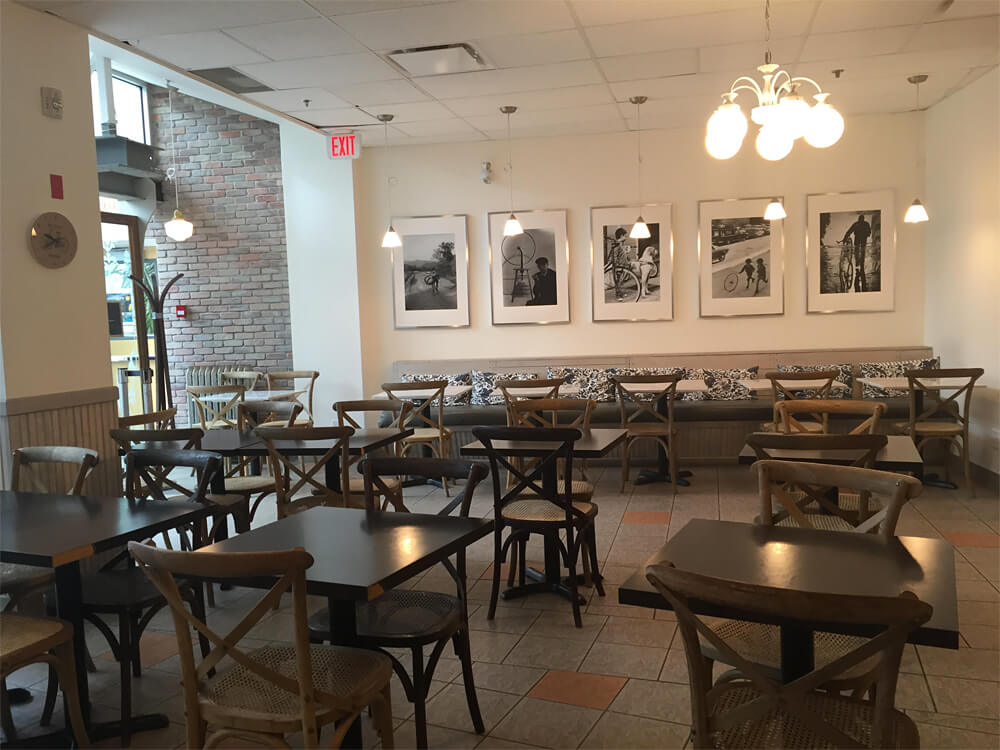 No really, in what I can only assume is standard practice, the two tables who came after us also took out their phones and styled/photographed the perfect Instagram photo of their food (and themselves) too. Lots of beautifully-lit and composed photos are taken and shared at Cafe Bicyclette. The decor is basically begging for you to take photos. 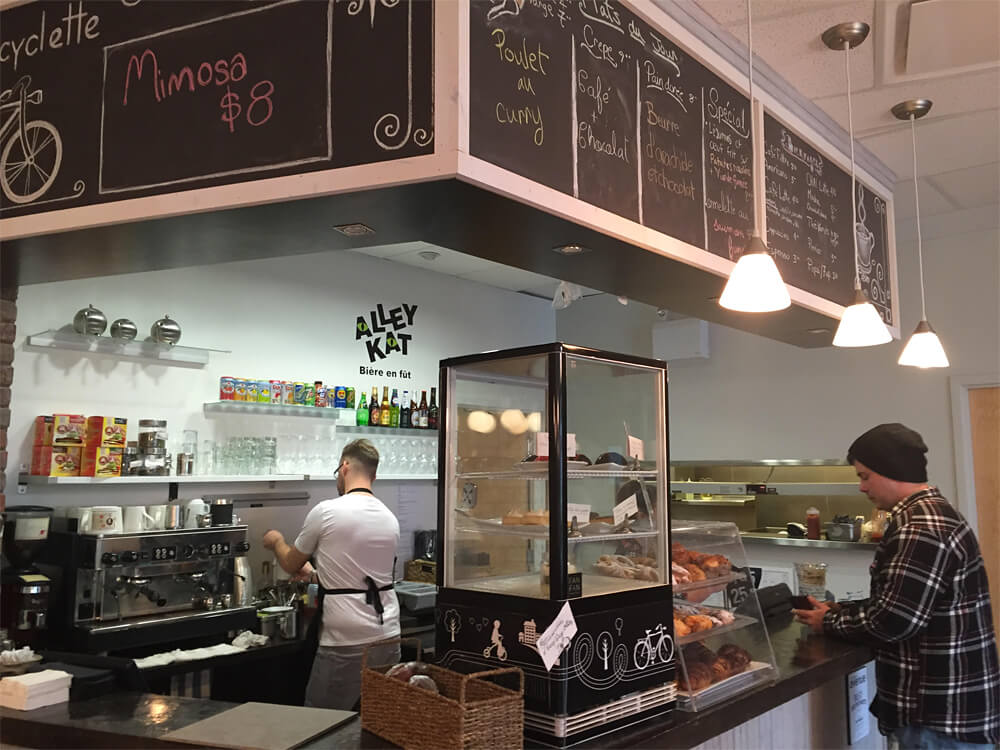 Order at the counter at Cafe Bicyclette.

I’m not sure if you get the same type of vibe or service for dinner, but for our first stop-in, I made the mistake of seating myself and thinking they would come and take our order. Not so. At Cafe Bicyclette, you have to go up to the counter to make your order I guess, as you would in any cafe (I for some reason thought it would be more of a restaurant, sit-down, tableside order kind of vibe). But that’s fine going up to order, then you get to see their selection of freshly baked treats as well. 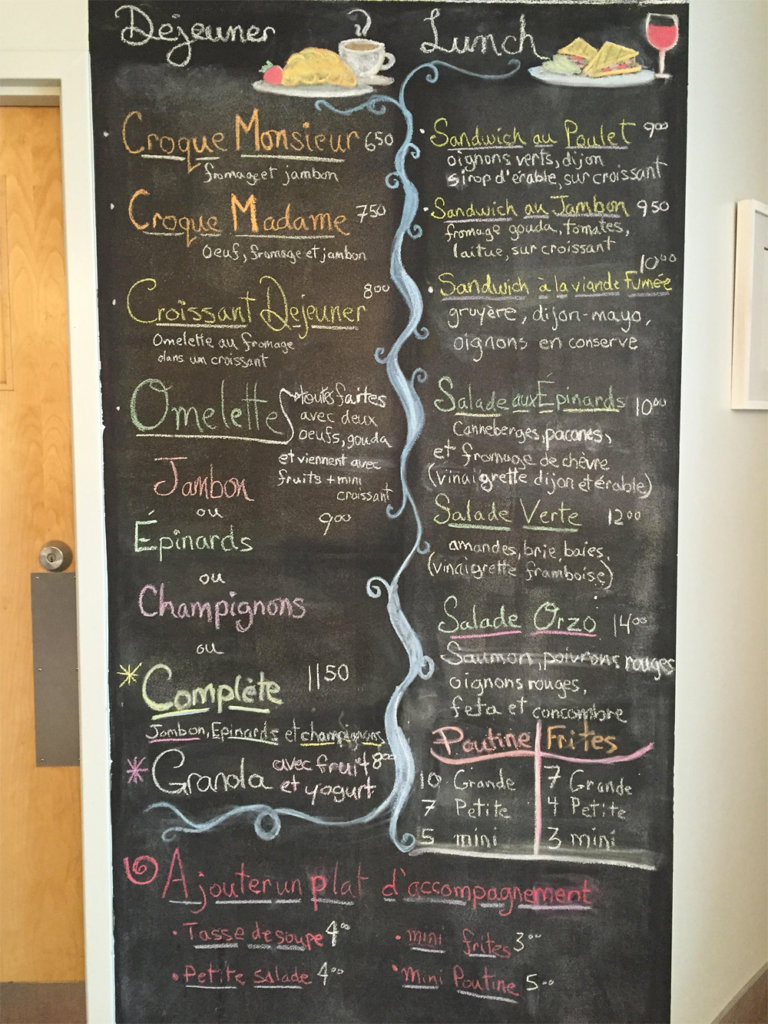 The breakfast and lunch menu at Cafe Bicyclette.

I was a bit put off by how the Cafe Bicyclette menu is basically all in French. It didn’t make me feel all that comfortable – and it was kind of awkward because the menu is situated on the wall right by the counter where you order so there’s like this added pressure to figure out what you want quickly because the girl behind the counter is waiting there watching you as you try to decipher things (and not offering to help you decipher in the first place). 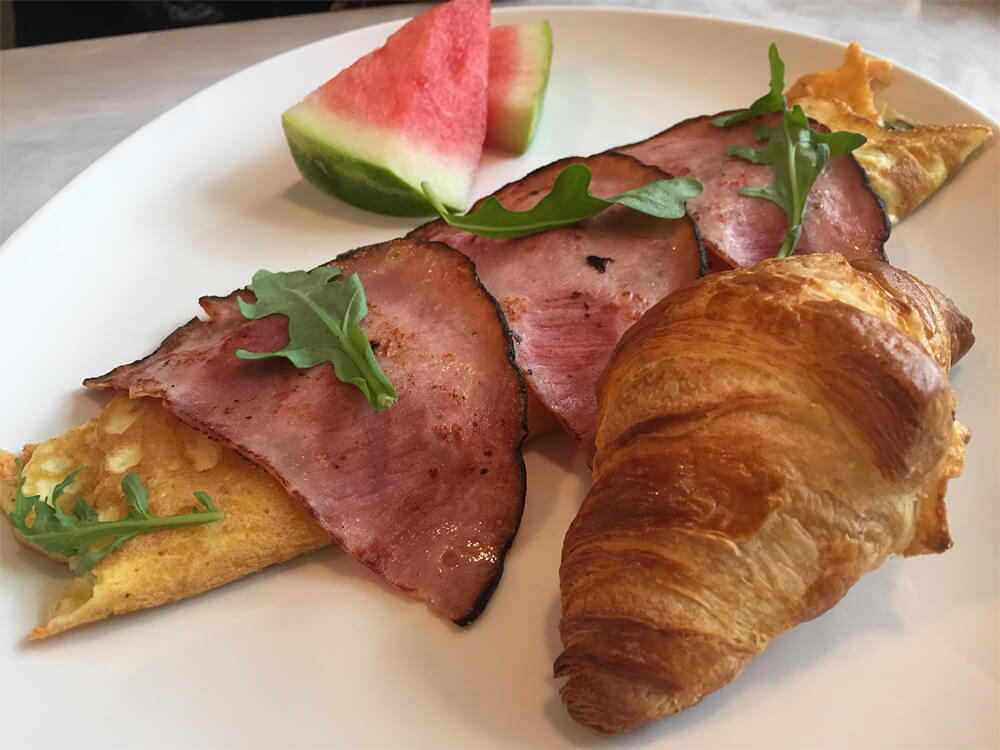 Along with our poutine, we decided on the Cafe Bicyclette jambon omelette which was made of toutes fairtes, avec deux, oeufs, gouda, et viennent avec fruits and a mini crosissant ($9). Basically your standard egg and ham omelette with gouda cheese, fruits, and a mini croissant. That was Mike’s dish and he thought it was alright but nothing to rave about. 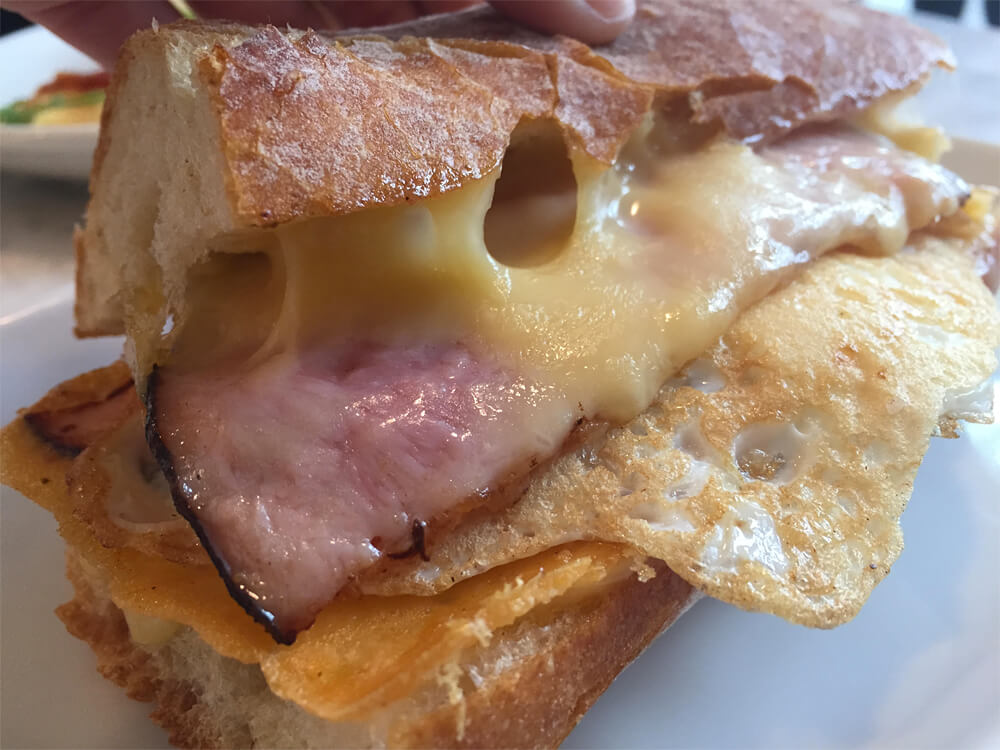 The Croque Madame at Cafe Bicyclette.

My order was the Croque Madame (featured an oeuf, fromage et jambon) at $7.50. Basically a gooey fried ham, cheese and egg sandwich with a big emphasis on the gooey! The melted cheese was phenomenal. All of my bites were so tasty. I really really enjoyed this Croque Madame! Initially, I wanted an eggs benny, which is my usual breakfast order if we’re going somewhere for breakfast, but I am told Cafe Bicyclette only does Eggs Benedicts on Sundays. 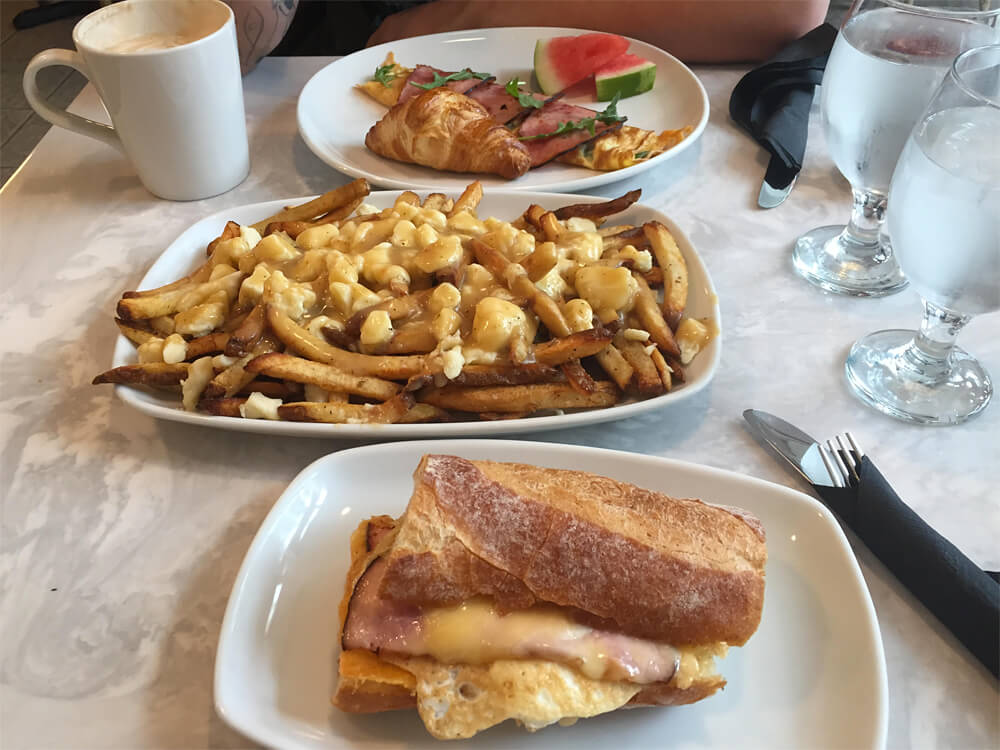 I thought the prices are Cafe Biyclette were pretty good though for a few more dollars elsewhere you would be getting more substantial breakfast kind of sides to accompany your meal. There’s not a whole lot of selection for their breakfast/brunch (their dinner menu looks like it has a few more options – though, I can’t really tell you what it is due to it all being in French), but overall it was a tasty breakfast. Also, who doesn’t want to have a giant, delicious poutine for breakfast?! 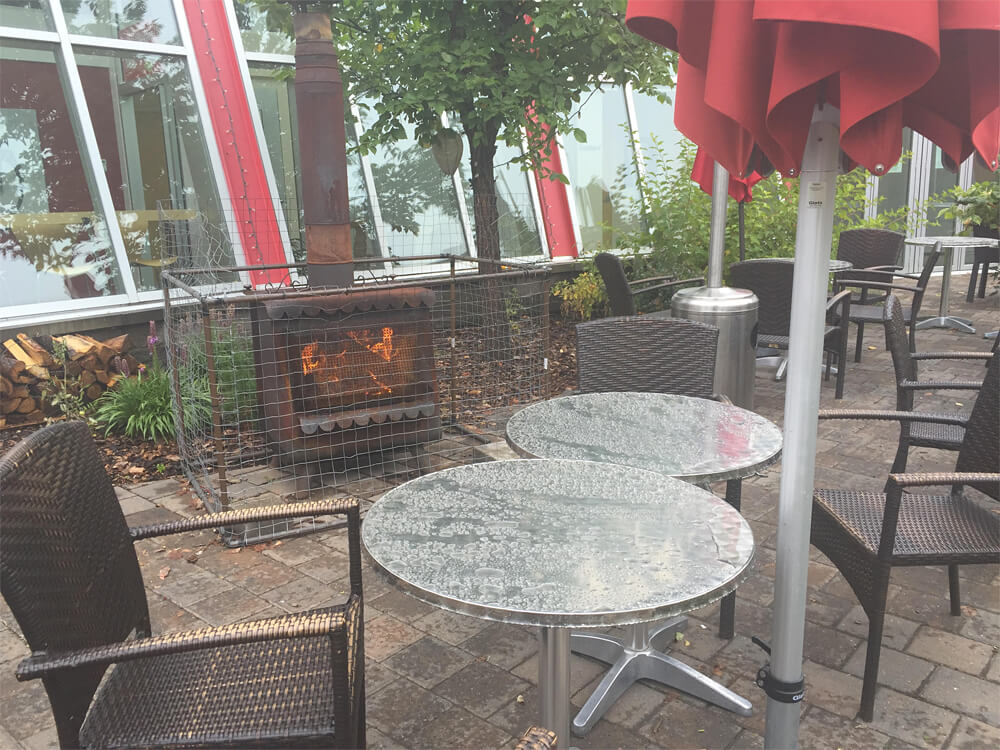 In the summer you have the option to eat out on the Cafe Bicyclette patio which I think would just be lovely. Too chilly for that when we went (though their patio does have a heater out there). 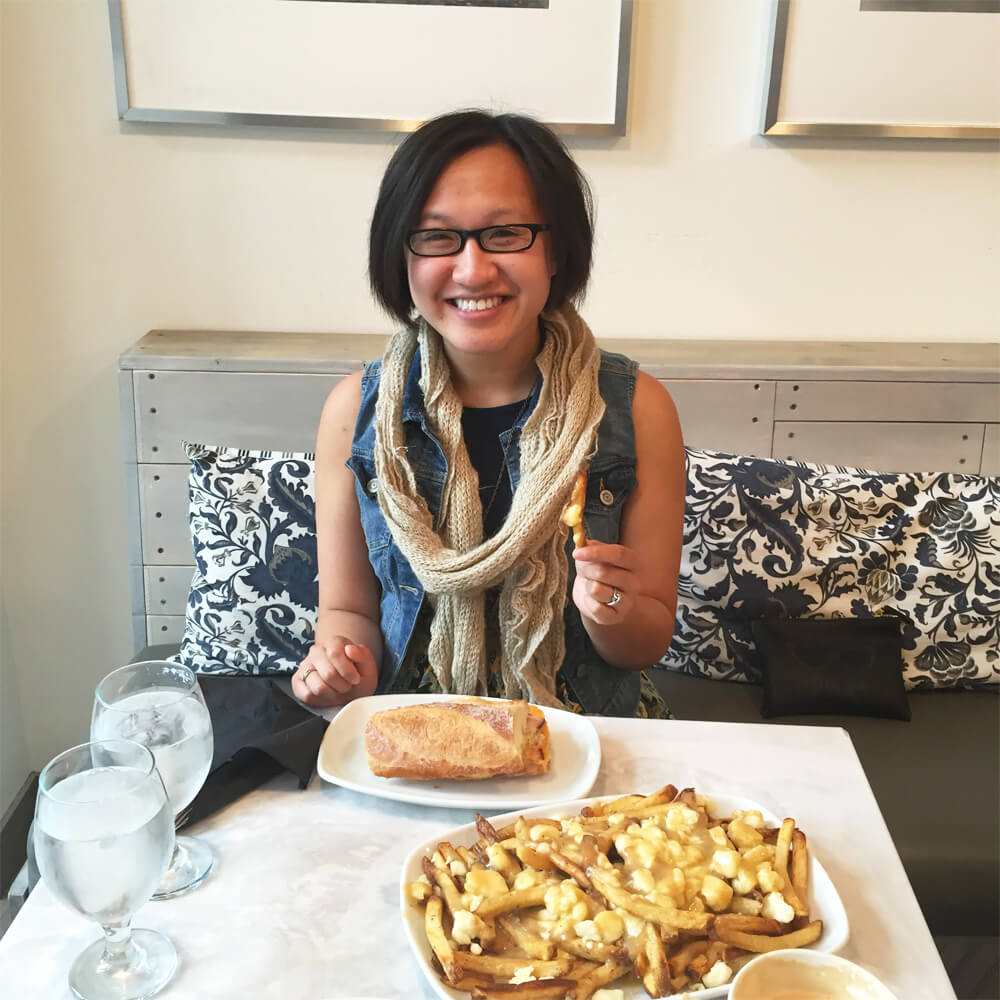 Overall we had a really nice time at Cafe Bicyclette! It’s super cute is how I would mainly describe it. My Croque Madame was so cheesy and the poutine was really the star of the show, though the omelette did not particularly stand out and I was kind of put off by everything being written in French and not much help or offer of help for deciphering the menu. I know one of my other friends didn’t really like their Cafe Bicyclette experience for this similar reason – you just are less likely to enjoy a place where it makes you feel like an outsider or awkward for having to ask to figure out something that’s pretty simple (menu items).

I know they’re obviously going for that authentic French experience and certainly I’d expect that kind of thing if I were in France (or perhaps Montreal), but we’re in Edmonton so I think it can come off a bit pretentious. I think take the extra bit of space on the menu (or on the website, where you have unlimited space really) and have your English translation next the French, or just get your staff to be just a bit more assertive in asking if customers need any help figuring out what’s what. 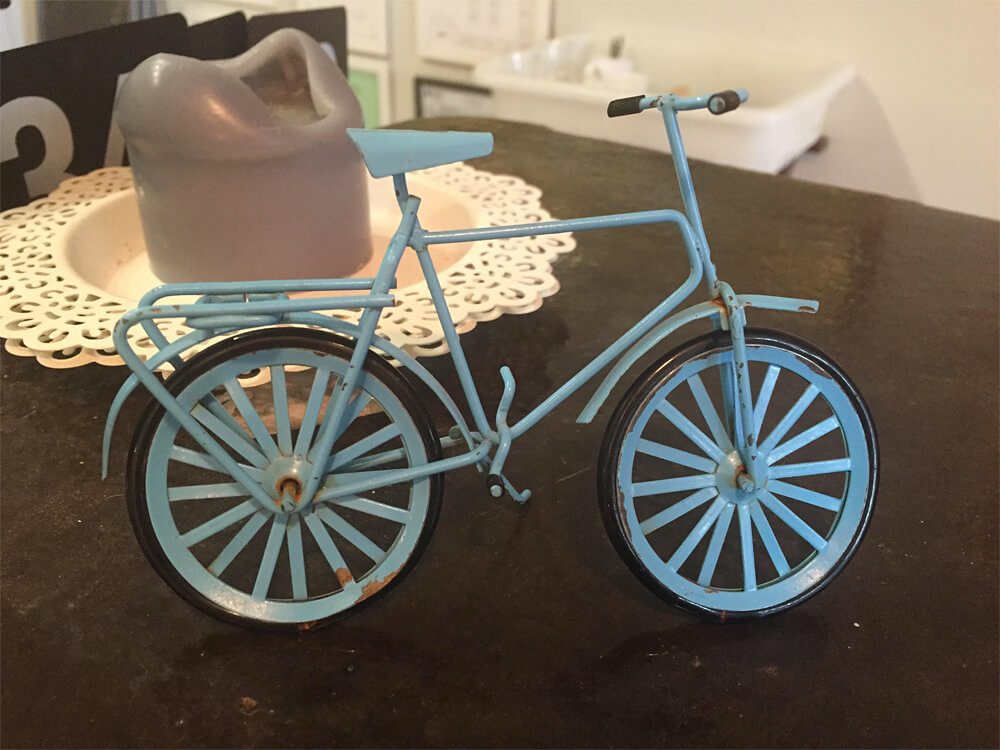 But I would definitely come back – and I’d certainly come back for the massive, delicious poutine and the super cheesy Croque Madame. I would also be interested in trying out their dinner service (which hasn’t been around for all that long!) We did have a lovely breakfast – in a picture perfect space – that was tasty overall, just be prepared to possibly feel stupid if you don’t know French, lol.

So have you been to Cafe Bicyclette? Let me know what you think in the comments below!

Also, if you have suggestions on where I should go for the other letters of the alphabet in my A to Z series, please leave a comment below!

Linda Hoang is a Canadian blogger based in Edmonton, Alberta, who writes about travel, food, lifestyle and pet topics. She's also a seasoned social media/digital strategist with a journalism background, the founder of the Edmonton International Cat Festival and co-founder of Stop Race Based Hate, an online anti-racism education tool. Linda loves exploring the world with her partner Mike, eating their way through cities, supporting local businesses, and photographing Instagrammable Walls. Linda is a fur-mom to two cats and two dogs.
PrevPreviousGiveaway: Enter to win free 50/50 burgers at White Spot
NextSocial Media Notes (#85) – Links for the Week of September 14 – 20Next