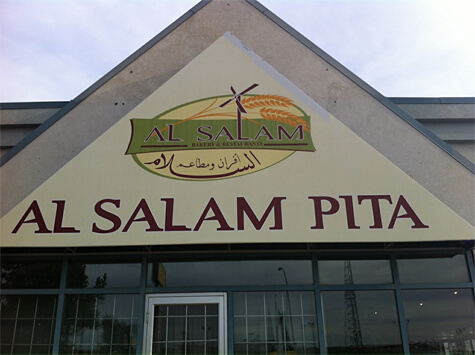 I tried Al Salam Bakery, Deli and Restaurant in the city’s south side with my brother awhile back. (Had meant to post something on it a long time ago but kept getting sidetracked!) My brother was the one who suggested we go to it (located at 10141 34 Ave.) I’d never heard of it before but it’s apparently been around for years! I’ve noticed the Wendy’s next to it every time I drive by the area but for some reason Al Salam was never on my radar.

It wasn’t new to my brother though, he’s been going to Al Salam every Friday for the past year with his co-workers. Every Friday! The waitress knew his name and asked where his wife was (by name) when we arrived. He’s quite the regular. I liked my meal but I didn’t think it was good enough to merit weekly visits! 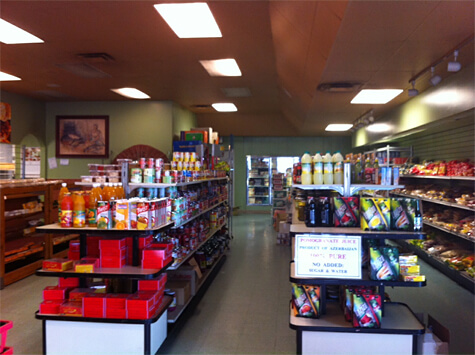 One half of the building is a restaurant, the other half – this store. (Forgot to take a photo of the restaurant portion, lol sorry. But it’s a pretty spacious area with lots of big windows with natural light spilling into it which is nice). 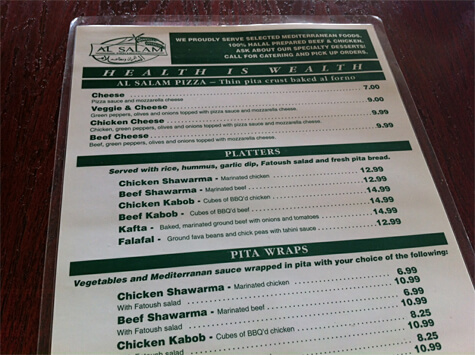 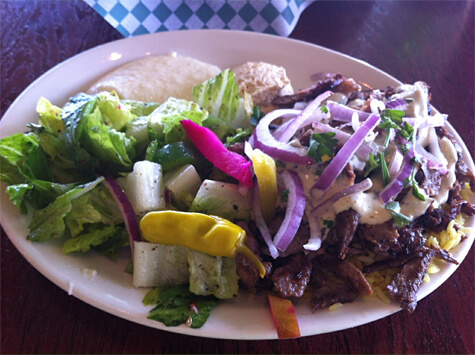 My brother ordered the Chicken Shawarma with the same thing but with marinated chicken. ($12.99) 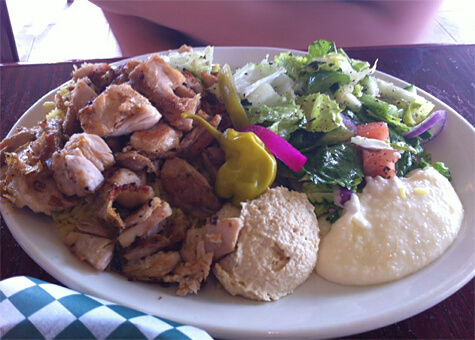 Shawarma is a very popular Lebanese style of cooking meats. Our waitress explained that shawarma is where meats (beef, chicken, what have you) are stacked on top of one another and cooked for hours on a vertical rotisserie. She told us back home in Lebanon, they’d always have shawarma parties! 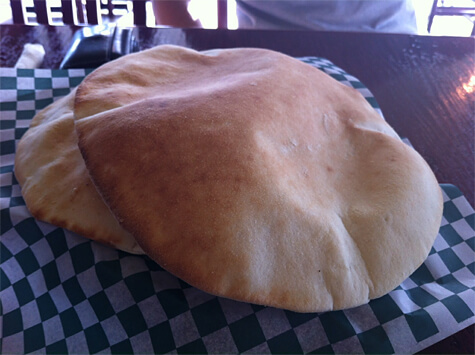 The shawarma comes with large pieces of pita bread which are meant to be opened and filled with the meat, rice, salad, etc., very much like a wrap.

Our dishes were delicious! Everything was fresh, tasted great and smelled even better. You get a good portion of food and it really fills you up – I couldn’t finish my meal (took it home for a yummy late dinner). Plus the dishes looked great – a splash of different coloured foods and I’ve heard the more variety of colours you have in your food – the better it is for you! ;) I have never really eaten Lebanese food before so I don’t really have any other restaurant or dish to compare it too. I suppose this means my Lebanese food bar has been set high! 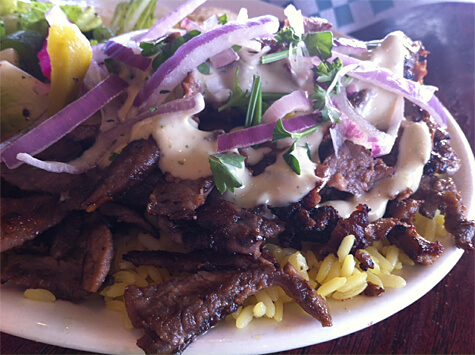 Close up of the Beef Shawarma at Al Salam Bakery, Deli & Restaurant

I also ordered the Beef Kabob to take home for Mike who couldn’t make it that evening. The Beef Kabob comes with the same items that our shawarma’s came with – but with cubes of BBQ-ed beef on skewers. It was also filling and tasty! 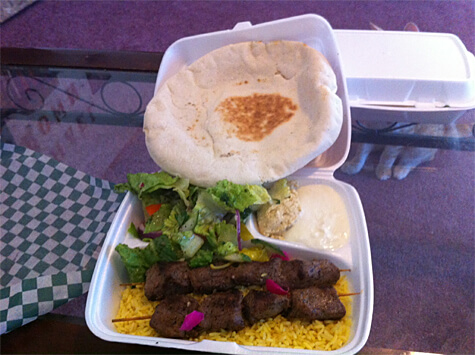 All in all I thought the food at Al Salam was great! I don’t think it’s as great as my brother thinks it is – regular, weekly trips to the restaurant seems like a bit much for me. Like I said I’d never really had Lebanese food before so it’s not a food genre I surround myself with often, but I could see how it could be a regular stop for the city’s Lebanese community and other Lebanese food lovers. The space is lovely, the staff is friendly, the food is good and you get solid portion sizes. If you like Lebanese food I imagine you’re already familiar with Al Salam. If you’re looking for something different to try – I’d definitely say give this place a shot!

So have you been to Al Salam? What did you think?

Linda Hoang is a Canadian blogger based in Edmonton, Alberta, who writes about travel, food, lifestyle and pet topics. She's also a seasoned social media/digital strategist with a journalism background, the founder of the Edmonton International Cat Festival and co-founder of Stop Race Based Hate, an online anti-racism education tool. Linda loves exploring the world with her partner Mike, eating their way through cities, supporting local businesses, and photographing Instagrammable Walls. Linda is a fur-mom to two cats and two dogs.
PrevPreviousClicks of the Day: Wednesday, July 18, 2012 Edition!
NextClicks of the Day: Thursday, July 19, 2012 Edition!Next