On Monday, Mike, his mom and I went to one of my favourite summer events – Heritage Festival! I have a system to get the most out of Heritage Festival and it goes a little something like this:

We went first thing in the morning – which I recommend everyone should do – so as to avoid intense heat, crazy line-ups and crowds. Thanks to the excellent transit shuttle system, we arrived exactly when the festival opened (10 a.m.) and were done/left just after 1 p.m. I was told by a friend later that the crowds were insane after we left so I’m really glad we did it bright and early. 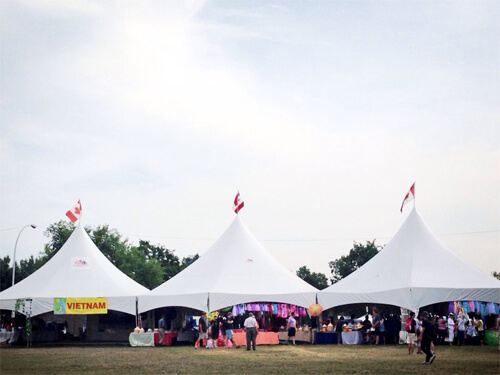 After we get our tickets (this year we had the pleasure of getting some tickets in advance at Servus Credit Union, but we still had to stop at the ticket line to get some more for Mike’s mom. It’s okay though because if you go first thing in the morning, again there are no line-ups!) we choose a direction to go in (in this case we turned right) and then we follow along past each pavilion and food tent until we make it back to our original starting spot. 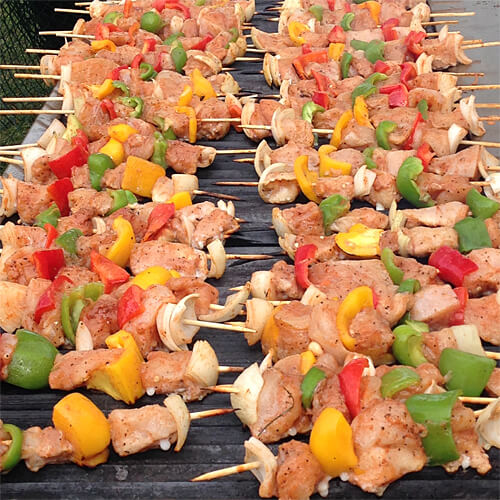 The most delicious chicken and veggie shish kebabs from Sudan, put on the grill early in the morning!

Along the way we take in a few performances, check out a few of the non-food items being sold, and of course – EAT!!! We try to be very efficient and don’t like to double back (but sometimes this happens because you’re just not sure if you want to commit the number of tickets for a dish because there might be something better later on, and then you realize you really wanted the previous dish and nothing else after it has piqued your interest enough, so in that case you HAVE to double back).

The Irish/Gaelic song and dance to Cups/When I’m Gone was my absolute favourite performance of the fest!

Between the three of us we had a total of 90 tickets (three sheets) and your best bet really is to go with a few people (but not too many) so you can share and really try to taste as much as you can! I don’t really like how some of the dishes can cost so many tickets (very different from Taste of Edmonton in that sense) but some of the portion sizes are definitely worth it (some however are not, so it can be hit or miss). 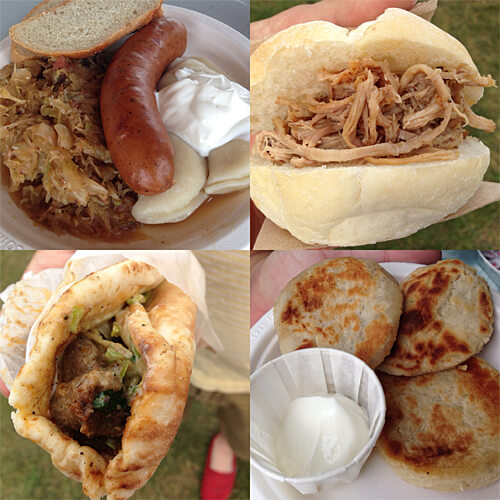 Some of the great dishes we tried at Heritage Festival 2014! 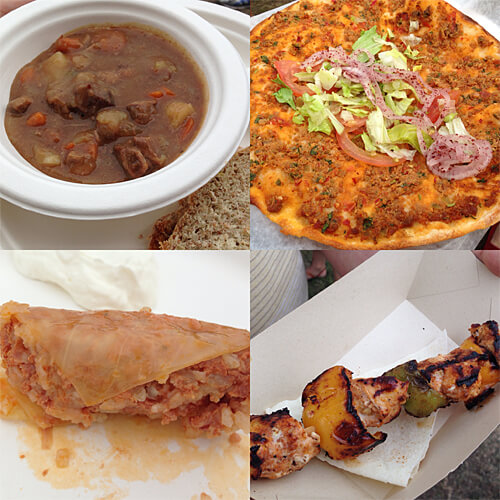 Some of the great dishes we tried at Heritage Festival 2014!

All three of us agreed that the Chicken & Veggie Shish Kebab from Sudan was the absolute tastiest but I also loved the Sarmale Cabbage Rolls from Romania and the Beef Soujok from Egypt was pretty tasty though presentation could have been better, lol. The Potato Pancakes from Ireland were also great and Mike’s mom really liked the Lahmacun Turkish pizza. Side note about the cabbage rolls – SO good, I loved them last year and had to come back again for more this year. 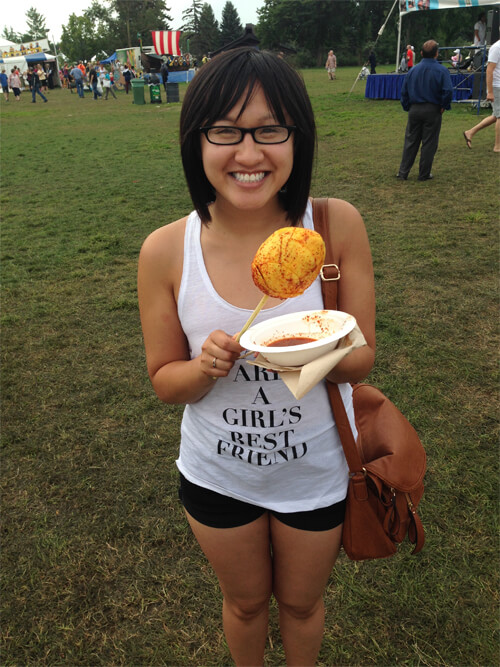 Mango’s Loco – mango on a stick with lime juice and spices from Guatemala.

I’d say my least favourite was probably the Mango’s Loco from Guatemala and the Chicken Combo from Nepal. I really should have just waited as we went along our walk for just regular mango on a stick – as the lime juice and spices weren’t really to my liking. The Chicken Combo I didn’t really like I think partially because it was the last thing I tried and I was already pretty stuffed – but I think the sauces just didn’t sit too well with me either. 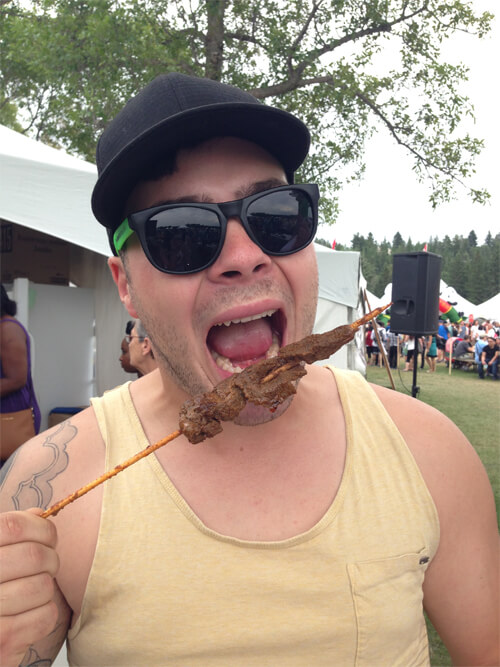 Munching on some Suya from Nigeria. 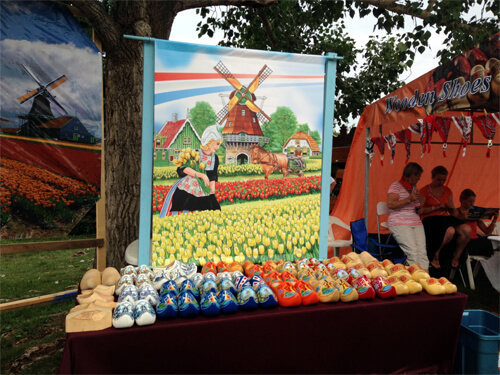 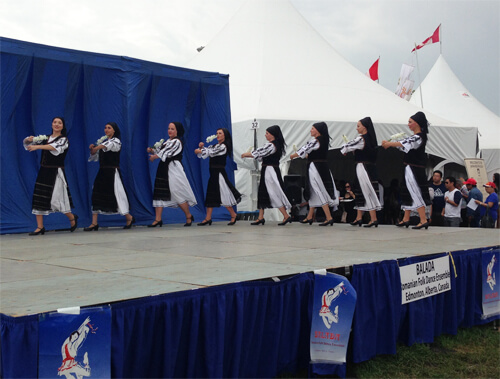 We made a rule not to eat any Southeast Asian food because we just have that all the time and really wanted to focus on trying new foods from different countries. Overall we had a fantastic time at Heritage Festival (as usual). It really is such a great event and lets you take a “trip around the world” without even leaving our fine city. :)

Summary of how to Heritage Fest my way:

As an aside, I’ve always wanted to take my mom to Heritage Festival but it’s always only ever been on the Saturday, Sunday, Monday – and my mom only gets Tuesdays off! I am really hoping she can take one of those days off next year to go though because next year will be Heritage Festival’s 40th anniversary – so it’s sure to be spectacular!

Did you go to Heritage Festival this year? What were your favourite dishes??

Linda Hoang is a Canadian blogger based in Edmonton, Alberta, who writes about travel, food lifestyle and pet topics. She's also a seasoned social media/digital strategist with a journalism background. Linda loves exploring the world with her husband Mike, eating their way through cities, supporting local businesses, and photographing Instagrammable Walls. She is the founder of the Edmonton International Cat Festival and a fur-mom to two cats and two dogs.
PrevPreviousSocial Media Spotlight: Faces of Edmonton
NextSocial Media Notes (#36) – Links for the Week of August 4 – 10Next