Faces of Edmonton is a new blog showcasing Edmonton’s scenerey, inhabitants, and stories.

Shayne Woodsmith finds a lot of people (himself included) take advantage of the city they live in.

“They don’t appreciate it for what it is,” Woodsmith says.

The 33-year-old writer and photographer – storyteller – hopes to change that with his new blog Faces of Edmonton.

The blog showcases “Edmonton’s scenery, inhabitants, and stories” – through photos and captions. It is inspired by the popular Humans of New York, but Woodsmith says what sets Faces of Edmonton apart, is his storytelling approach.

Each photo includes a caption, describing the subject from Woodsmith’s perspective – how they appeared before he approached, the conversation they had before he asked if he could take their photo.

There’s a girl wearing bright blue, sharing the memory of her happiest moment, a man who lost $300 at the casino, another who’s been in Edmonton just one month, looking for a job, and one man Woodsmith describes as sitting in the shade, “on the well-used steps of his house, drinking a soda, admiring the beans and peas that are his front yard. It’s 28 °C and sunny.”

“I find a lot of these blogs, it’s very journalistic, which is fine. But I wanted to be a character in it. I think it can be more evocative if the scene is set a little bit and if there is a voice behind the photo.” 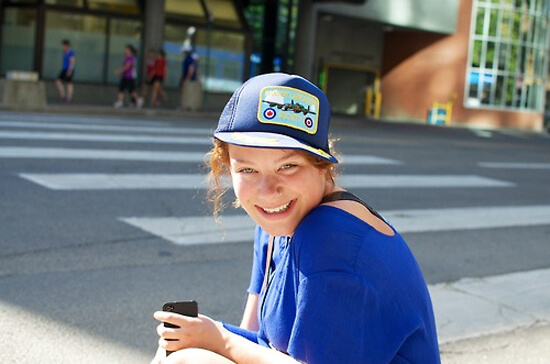 An entry on Faces of Edmonton (http://facesofedmonton.tumblr.com)

Faces of Edmonton only launched in late July, but Woodsmith says he’s already received a lot of positive reaction – mainly from social media.

People have reached out to tell him they appreciate the city even more so when they read his posts and see his photos.

“‘I love Edmonton and I’m so glad you’re doing this to showcase it,'” they say.

To capture the images, Woodsmith uses a Nikon D5100. He deliberately walks to see what he’ll find.

“I just wander,” he says, something he did a lot of during his four months traveling in southeast Asia earlier this year.

“When I got back, I got into my car and I got back into car culture so I missed walking and I missed the slower pace and being able to really take in the surrounding of Edmonton so now I just wander around the street and sometimes I make a couple of loops around the same block because it changes every time I walk around, the people are totally different the next time.” 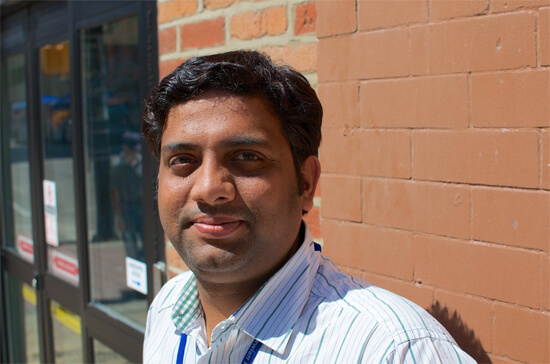 An entry on Faces of Edmonton (http://facesofedmonton.tumblr.com)

It can be a challenge, finding subjects who agree to have their photo taken, but now he’s got a process – assessing the person before he approaches, striking up a conversation first before asking for a photograph.

“Often now, I try to tell people why I want to take the photo. ‘You really look really good with that reflection there’ or ‘I like the way you’re holding your hands do you mind if I take your photo?'”

Humans of New York has garnered worldwide attention, with a following in the millions. It’s also been turned into a bestselling book.

Woodsmith’s not sure where Faces of Edmonton is headed (though a book wouldn’t be new territory for the published author). 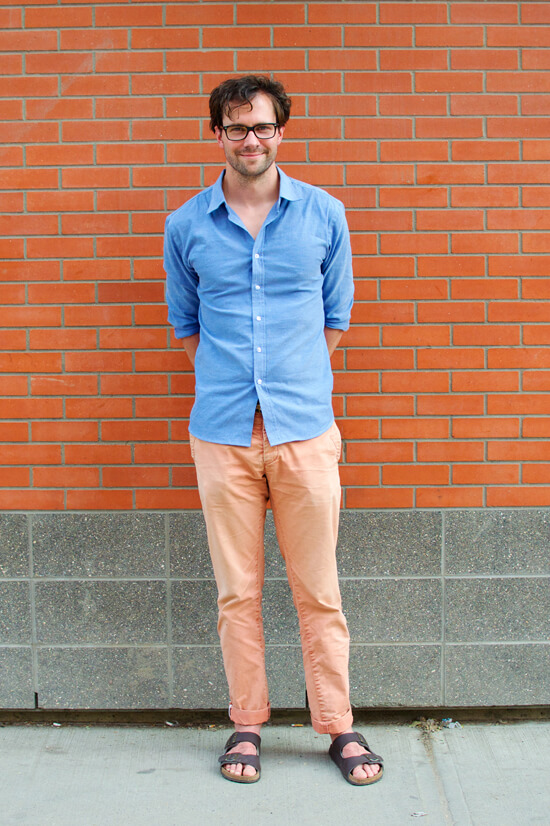 Shayne Woodsmith, the face behind Faces of Edmonton.

For now, he just wants to see where the blog ends up. He’ll continue his deliberate walks, seeing who he runs into and what they have to share.

“Edmonton has amazing people from all over the world, with great experiences and stories to tell.”

Linda Hoang is a Canadian blogger based in Edmonton, Alberta, who writes about travel, food, lifestyle and pet topics. She's also a seasoned social media/digital strategist with a journalism background, the founder of the Edmonton International Cat Festival and co-founder of Stop Race Based Hate, an online anti-racism education tool. Linda loves exploring the world with her partner Mike, eating their way through cities, supporting local businesses, and photographing Instagrammable Walls. Linda is a fur-mom to two cats and two dogs.
PrevPreviousSocial Media Notes (#35) – Links for the Week of July 27 – August 3
NextRecap: Edmonton Heritage Festival 2014Next