Welcome to Thursday, February 9 2012’s Clicks of the Day!

“The Alberta government is forecasting one year of deficit before getting out of the red thanks to a projected economic growth that rivals some of the boom years in the past.The budget calls for a deficit of $886 million in 2012-13, followed by surpluses of $952 million and $5.2 billion in the following two years ending in 2014-2015 fiscal year, and it does not include any tax increases or any major spending cuts.”

At the end of the day I don’t think anything really affects myself or Mike (see the budget highlights). Though I guess it’s good there aren’t any tax increases.

“Some 900,000 Tassimo coffee makers are being recalled in Canada and about 835,000 are being recalled in the U.S. The U.S. Consumer Product Safety Commission says there have been 140 reports of problems with the Tassimo single-cup brewers dousing people, including 37 cases involving second-degree burns.”

“After 8 recent deaths related to ecstasy and PMMA in Calgary, police are warning people in Edmonton about the dangers of the drugs.”

It’s ridiculous that police need to be warning people that ecstasy and drugs are dangerous. Don’t take drugs and you won’t overdose or die from PMMA-laced ecstasy, come on it’s not hard you guys.

“The father of a man charged with attempted murder in the shooting of two Alberta Mounties has made an emotional plea for his fugitive son to come home… “Sawyer, we love you,” he read haltingly from a piece of paper, his wife and a friend at his side. “You know that. We want to have you back and we know how hard it may be for you to come back to us. Swallow your hurt and listen to the quiet world.”

I foresee him turning himself in soon enough.

“America’s obesity crisis is spreading – to our pets. About 53% of the nation’s cats and 55% of dogs are overweight. And more than one in five of those fat animals is clinically obese, meaning at least 30% above normal weight… All that flab on Fluffy and Fido can cost you plenty. That’s because fat cats and dogs are much more likely to end up with expensive health problems.”

Uh oh. I have noticed my kitty is getting very big as well but I think it’s just healthy growth, lol.

“By the end of June, Kodak expects to phase out its digital cameras, pocket video cameras, and digital picture frames, the company announced today. The company plans to focus heavily on its current brand licensing and on attracting companies that might need some of its patents. Kodak will still offer its online Kodak Gallery service and retail-based photo printing. Its inkjet printers will also remain on store shelves.”

“Here are some more factoids related to February 14: 4 Million Number of Americans that expect to propose or be proposed to over Valentine’s Day, according to an American Express survey… $80, $60 Typical price of a dozen red roses, respectively, around Valentine’s Day and at any other time of year… $17.6 Billion Total amount expected to be spent on Valentine’s Day, per a National Retail Federation estimate. The average person celebrating Valentine’s will spend $126.03, up 8.5% from last year ($116.21).”

Yikes. Mike and I are keeping it cheap this year as we’re both experiencing difficult money times, lol. Groupon Mongolie Grill dinner, no gifts, lol. His birthday is in April we’ve got enough gift giving dates!

Wow. Who would buy this?!

“According to the new filing, Facebook’s new Menlo Park, Calif. campus is costing the company well over $1 million per month for the next 14 years (the 15 year lease began in February 2011).”

“The new site will serve as a full-fledged social network about food and will take advantage of Glam’s purchase of social media startup Ning in September. And while Foodie will also feature content and ad curation, Arora said eventually the site will brand out to offer web app products and resources for food lovers, much in the same way Google was able to build its web services adjacent to its main search engine product.”

I’ve signed up – as I do with most social networks. So far it’s not intriguing me enough to merit multiple returns but we’ll see how it goes, lol.

“The world of journalism and Twitter is buzzing following Sky News’s new policy on Twitter and the BBC’s new guidance on breaking news. Both organisations have told their journalists not to break news on Twitter first.”

There’s a lot of Twitter resource blog posts out there but thought I’d link to this newly posted one by fellow #yeg-ger @DebraWard :) Good tips!

“America and Eurasia will crash into each other over the North Pole in 50-200 million years time, according to scientists at Yale University. They predict Africa and Australia will join the new “supercontinent” too, which will mark the next coming together of the Earth’s land masses. The continents are last thought to have come together 300 million years ago into a supercontinent called Pangaea.”

Fascinating!! The continent would be called “Amasia” lol.

“Many are named for people, a symptom of rampant cronyism in the early days of settlement, but there are some interesting stories nonetheless. Here’s a handful of the best.”

Really interesting read! I think named streets are so silly most of the time but it’s cooler when there’s an interesting back story.

“If you’re angry that Smallville ended its heroic 10-year run on television, the adventure will continue a new digital comic book series known as Smallville Season 11. As the title suggests, the books will pick up where the show’s story left off, and continue the adventures of Clark Kent as if the show had been renewed for another year.” 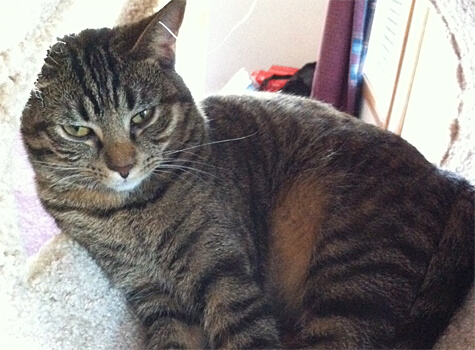 Linda Hoang is a Canadian blogger based in Edmonton, Alberta, who writes about travel, food, lifestyle and pet topics. She's also a seasoned social media/digital strategist with a journalism background, the founder of the Edmonton International Cat Festival and co-founder of Stop Race Based Hate, an online anti-racism education tool. Linda loves exploring the world with her partner Mike, eating their way through cities, supporting local businesses, and photographing Instagrammable Walls. Linda is a fur-mom to two cats and two dogs.
PrevPreviousClicks of the Day: Wednesday, Feb. 8, 2012 Edition!
NextClicks of the Day: Feb. 10, 11, 12 2012 Weekend Edition!Next