“An Associated Press reporter mistook an impersonator of actor Christopher Walken on a sports-talk radio program Friday for Walken himself, leading the news cooperative to include comments mistakenly attributed to the actor in its coverage of the Natalie Wood death investigation.”

Lol. Whoops. Shows even some of the most trusted organizations can get it wrong.

“The University of California at Davis has placed two police officers on administrative leave after video of them pepper-spraying non-violent protesters at point-blank range sparked outrage at school officials. Friday’s incident has (also) led to calls for the resignation of UC Davis Chancellor Linda Katehi.”

“The BBC’s Helena Merriman says police were beating protesters – “about 20 or 30 of them I saw, covered in blood” Thousands of Egyptian protesters remain in Cairo’s Tahrir Square after two days of clashes in which at least 13 people were killed and hundreds injured.”

So frightening. Can’t even imagine.

Basically if it looks lumpy, spotty and/or smells bad – probably don’t put it in your mouth, lol.

“Newspapers are the only type of publishing company to have the distinct differentiation of “print stories” (which are posted to the web) vs. “blog posts” vs. “web updates” (to the print stories). The different platforms, web CMS and print CMS, have different workflows associated with them.”

Good read. Good information. So many questions and challenges for everyone involved in media/jorunalism these days.

“Psssst: small handheld and palm sized camcorders are making their way into newsrooms and out onto the streets with electronic journalists. Not all that long ago, the thinking went that such a thing could never happen.”

I want a video camera so badly. Must pay off student loan first – then can invest in a camera.

“A surge of Facebook traffic to years-old stories may be forcing news sites to reassess the importance of, well, news.”

Really interesting, actually! Very true points and yet another challenge for media organizations.

“A more complete set of data shows that Google+ has been fighting declines for most of its nearly five-month history.”

“Film star Mila Kunis has made good on her promise to a Marine who had been serving in Afghanistan.”

“If you’re a fan of young adult fantasy fiction, even if you’re embarrassed to admit it, here are some insightful books you can read proudly.”

I really enjoyed the Twilight books, honestly, lol. The movies suck, but the books were very entertaining to me. That said – definitely can’t argue with this list. Ella Enchanted is such an old but awesome book. Makes me recall how much I used to read growing up. Obviously Harry Potter is wonderful and I’ve heard so much good things about the Hunger Games… should really try getting into a book series again.

“The London Rippers, introduced their new logo earlier this week – a shady looking man, wearing a black top hat and cloak, holding a baseball in one hand and a bat in the other. Some say it’s a reference to Jack The Ripper – the serial killer who terrorized east-end London, England in the 1880’s, and targeted women. ”

“Since 1980, childhoos obesity rates have tRIPLED. If the current trend continues, more than 86% of adults in the United States will be overweight or obese by the year 2030.”

“A team of engineers claims to have created the world’s lightest material… The researchers say the material is 100 times lighter than Styrofoam and has “extraordinarily high energy absorption” properties.”

“Every year, it seems, people become more aware of the power of names. And yet names are still free and universal, which increases the pressure to find that one perfect name that defines and encapsulates all your hopes and dreams for your child.”

Blegh. People try too hard to be “different” with their baby names and it’s just ridiculous!

“A new experiment appears to provide further evidence that Einstein may have been wrong when he said nothing could go faster than the speed of light, a theory that underpins modern thinking on how the universe works.”

“Maybe they became disoriented and beached themselves. Maybe they were trapped in a lagoon by a landslide or a storm. Maybe they died there over a period of a few millennia. But somehow, they ended up right next to one another, many just meters (yards) apart, entombed as the shallow sea floor was driven upward by geological forces and transformed into the driest place on the planet.”

Sooo interesting! How did they get there?!

“Rita Lucas has been showing up to work at the McDonald’s on Avenue of the Cities in Moline for 40 years. You don’t just turn that sort of thing off, she said. Besides, she loves it.”

Such a cool story. Good for her!

“The booklet lists Toronto and Vancouver as the most attractive real estate markets in Canada, being 24-hour destination points for businessmen and other visitors. Calgary is rated third and Edmonton fourth.”

Not too shabby Edmonton.

“‘People are becoming tired of disposable fashion, they really are. I think that’s a big change for teenagers. I remember growing up and there were set trends, where you just had to have those Guess jeans, or whatever it was. To be different was so frowned upon, and nowadays, people are really wanting to discover their own personal style and their own individuality'”

I can see where they’re coming from but honestly whatever looks good and is cheap – is what drives my fashion. I’m not trying to “be the same” but if unique items cost an arm and a leg that’s going to affect what I buy. If I can look good in mass-produced, affordable, items, why wouldn’t I?

“Much like wearing white after Labour Day, traditionalists scoff at putting up Christmas lights before the snow falls, let alone in advance of Remembrance Day. But the true Christmas keener pays no heed to such outdated rules of decorum.”

It’s true. Christmas is coming, why not get ready early ^_^ I love the holidays!!

“It used to be that a tip was a reward for exemplary customer service. Now it’s customary, and largely expected.”

I have never not tipped. It infuriates me when people don’t tip. People can be so freaking cheap, it’s frustrating.

“With 250,000 riders a day and a public mandate to carry them from place to place — regardless of their mental state — while keeping two hands on the wheel, eyes on the road, one profession stands out as hazardous in Edmonton. Bus operators have it rough.”

I would be too frightened to be a public transit driver. I don’t envy the kind of people they have to deal with.

“Investigators found that low colour-contrast between dinnerware and food — say, vanilla ice cream heaped into a white dish — significantly increases the likelihood of people over-serving themselves, while a higher contrast minimizes such behaviour.”

How weird a research finding is that! And speaking of weird research results…

“Life size versions of two Mario Karts have been made as part of the promotion of the 3DS Mario Kart 7.”

Wow. That is so. freaking. cool.

“Video footage captured by the pairs’ headcameras shows the skydivers opening their parachutes at 1300ft and letting the machines fall. When they retrieve their iPads on the ground, they appear undamaged and are still playing their films despite the crash landing.” 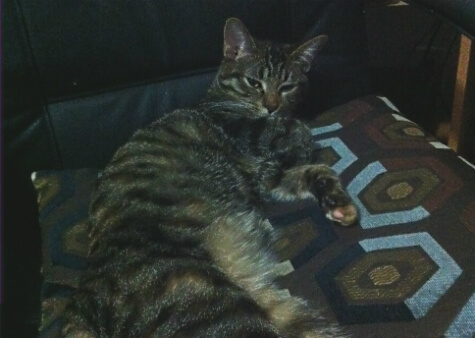 Linda Hoang is a Canadian blogger based in Edmonton, Alberta, who writes about travel, food, lifestyle and pet topics. She's also a seasoned social media/digital strategist with a journalism background, the founder of the Edmonton International Cat Festival and co-founder of Stop Race Based Hate, an online anti-racism education tool. Linda loves exploring the world with her partner Mike, eating their way through cities, supporting local businesses, and photographing Instagrammable Walls. Linda is a fur-mom to two cats and two dogs.
PrevPreviousReview: The Loft SandyView Farms
NextClicks of the Day: Monday, November 21, 2011 Edition!Next