“He acknowledges that Facebook competes with Google who is “trying to build their own little version of Facebook,” but remarks that for one company to “win” doesn’t mean the other has to ‘lose.'”

“MGM announced on Monday that the studio has bought the rights to bring the camouflaging, globe trotting star of the “Where’s Waldo” book series to the big screen.”

“The U.S. government has no evidence that any life exists outside our planet, or that an extraterrestrial presence has contacted or engaged any member of the human race. In addition, there is no credible information to suggest that any evidence is being hidden from the public’s eye.”

LIES! There is alien life.

“The votes are in, the numbers have been tallied, and the Brintnell Park Society has been awarded $100,000 to be put towards a new park after winning the grand prize from the Schneider’s Picnic Anywhere Facebook promotion.”

Fantastic news! Voting competitions can work for Edmontonians, lol. (Still bitter about The Best Job in the World)

“A Canadian man who had just helped a motorist change a tire in western Wisconsin had his good deed quickly repaid when, just minutes later, that same motorist helped to save his life.”

“The most talkative organizations are for animal causes (surprise, the Internet loves animals!) and environmental causes. Veterans/military causes post the least.”

We do love animals <3

“Frankie asked his dad to put on Michael Jackson’s “Smooth Criminal” while he did the dishes. It wasn’t long before dad heard some sweet dance moves coming from the kitchen.”

LOL! The kid is really good too!

“Hybrid offspring of coyotes and wolves have spread south along the eastern seaboard, a new DNA study confirms.”

Cool. Gotta do what you gotta do to preserve your species!

“‘Expect to see additional partnerships of this kind as we look for new ways to help everyone get the best out of Twitter.'”

“Michael Jackson’s doctor was convicted Monday of involuntary manslaughter after a trial that painted him as a reckless caregiver who administered a lethal dose of a powerful anesthetic that killed the pop star.”

“A woman Monday broke her silence to accuse Republican presidential contender Herman Cain of sexually groping her in a car, when she asked him for help in finding a new job in 1997.”

I don’t see him winning but apparently Many Republicans shrug off Herman Cain accusations, polls show – which is ridonkulous.

“Patrick Clayton has admitted to taking nine hostages and holding them at gunpoint in the Workers’ Compensation Board building in October 2009.”

Frightening video. Can’t even imagine what going through that experience would be like.

“The real estate organization said Monday that billions were spent in new construction, renovation and renewal, which pushed up the average residential price in the country’s major centres.”

Cost of living in general has basically gone up.

“Scientists have formed a feedback loop between common, baking and brewing yeast, and a computer. The computer can trigger the yeast to produce a protein, and the yeast then feeds back to the computer how much of the protein is being produced — the computer has exact control over the yeast’s production.”

“This might be the first time gummy bears have been destroyed in the name of science… The question: How deep can they go before it’s splat!?”

“The University of Charleston has announced a series of initiatives to further its mission in the changing higher education environment and expand access to private higher education to a greater number of middle income families. The initiatives include a 22% reduction in tuition for incoming freshmen and transfer students for the fall 2012 semester.”

Well done University of Charleston. Tuition cuts is not really something you hear… ever.

“A major new Pew Research study, meant to track voting trends among generations, found that 26 percent of people ages 18-30 said they were unaffiliated with a religious tradition.”

I would fall under that! How about you? It’s not that I don’t believe in a God and/or a greater force out there because I definitely do, but I find I really don’t identify or connect with religious stuff… 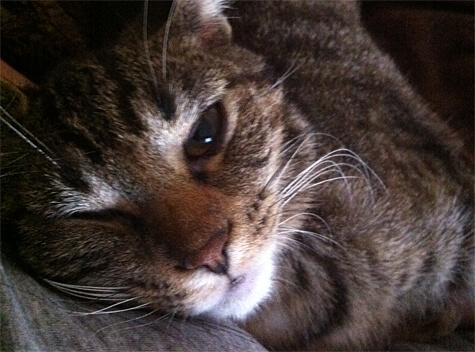 Linda Hoang is a Canadian blogger based in Edmonton, Alberta, who writes about travel, food lifestyle and pet topics. She's also a seasoned social media/digital strategist with a journalism background. Linda loves exploring the world with her husband Mike, eating their way through cities, supporting local businesses, and photographing Instagrammable Walls. She is the founder of the Edmonton International Cat Festival and a fur-mom to two cats and two dogs.
PrevPreviousClicks of the Day: Nov 4, 5, 6 2011 Weekend Edition!
NextClicks of the Day: Tuesday, November 8, 2011 Edition!Next