Mike and I are huge fans of the Marvel Cinematic Universe and it’s hard to believe it’s been 10 years since the very first movie in the MCU was released— Iron Man in 2008 (still one of my favourite Marvel movies to date).

Mike and I have been together since 2009, so Marvel movies have always been a part of our relationship. In fact, we even named our first pet together—our dear cat Thor—after Chris Hemsworth’s Thor was introduced to the world in 2011, followed by our second cat, Loki, after Tom Hiddleston. 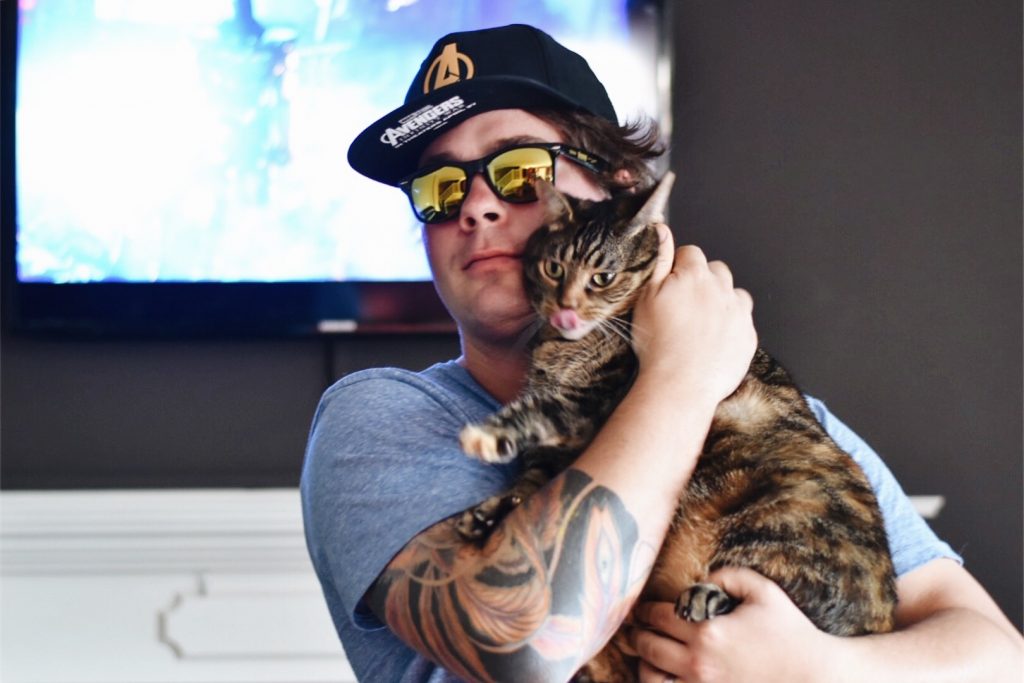 Thor & Mike with his Avengers swag lol (Thanks Disney/TELUS!)

Suffice to say, we love super heroes and it’s been a lot of fun watching these movies together over the years—in theatres and at home. It’s always been a guaranteed good date night. As a Team TELUS ambassador, with Avengers: Infinity War being released soon on Blu-ray August 14, and TELUS offering the movie for two weeks in advance through their Own on Optik program beginning today (July 31), I thought it would be a perfect opportunity to share some ideas for Avengers Infinity Stone-inspired Movie Snacks you can have to accompany your movie night in!

As a side note: I thought Avengers: Infinity War was very well done! It moved at a good pace. Everyone’s story lines felt like they had a place. Some characters got way more screen time than I was expecting given just how many heroes they jam packed into the single movie. And I’m thrilled they didn’t kill off…. well, I won’t say. This is a spoiler-free post! ;) 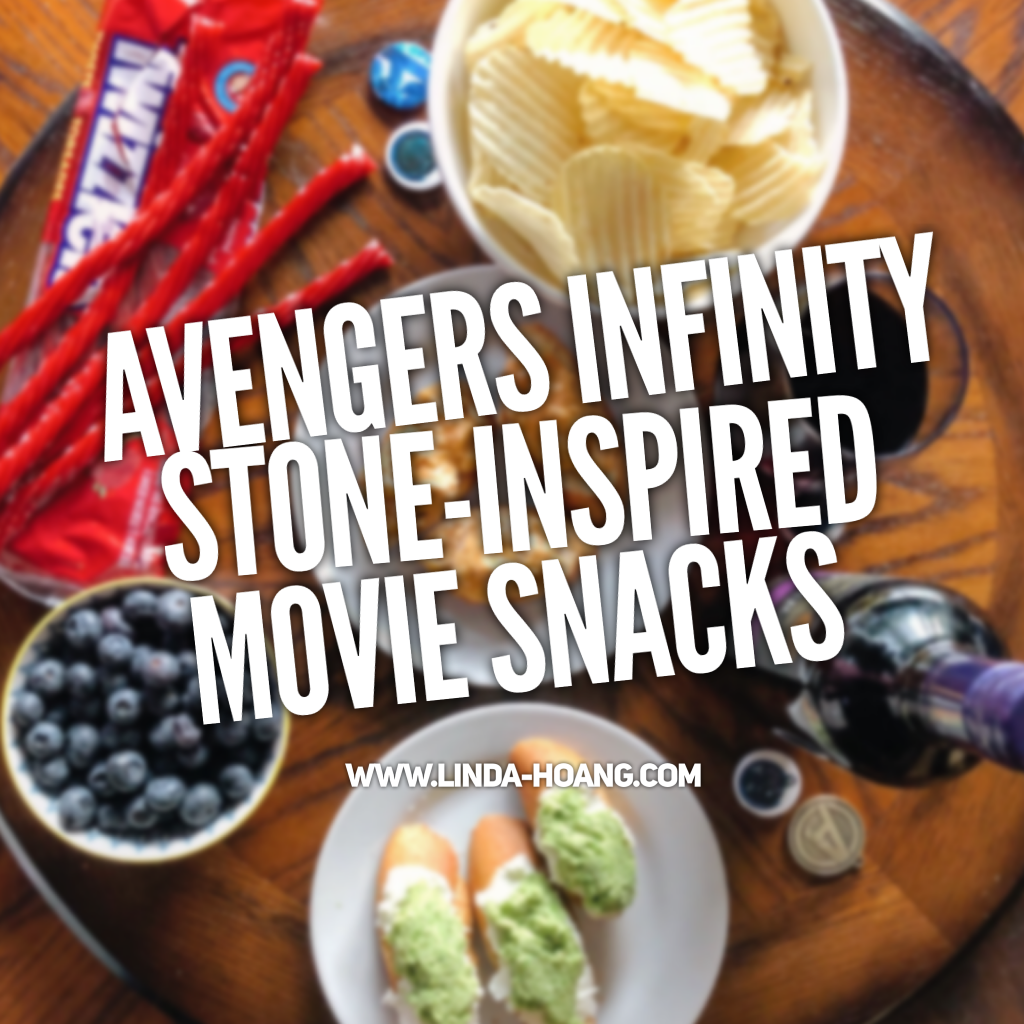 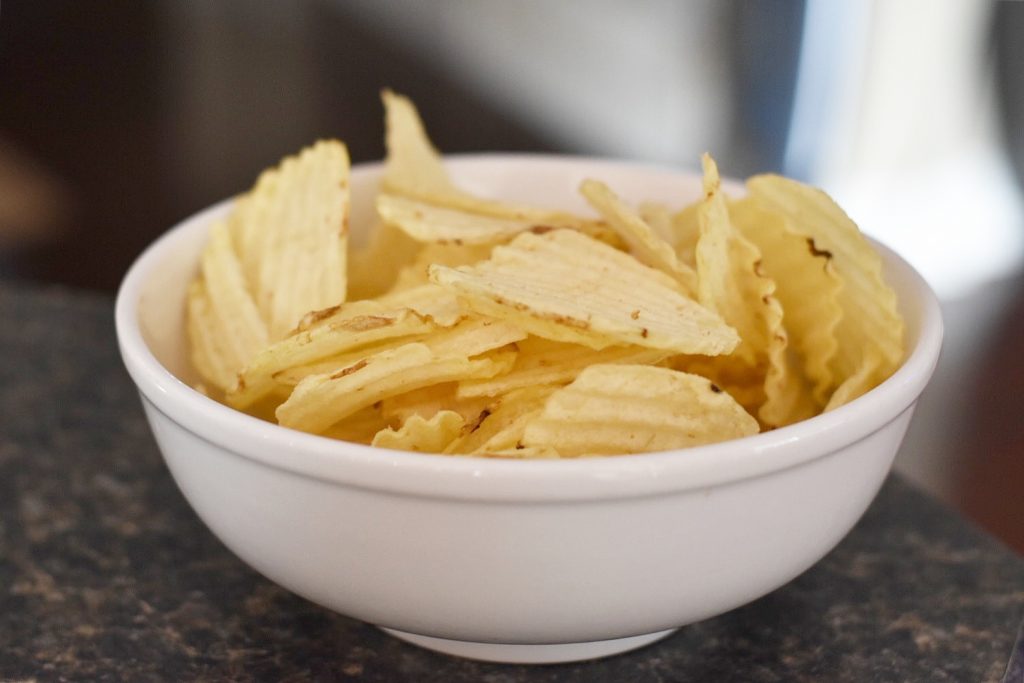 Obviously my first Infinity Stone-inspired movie snack is going to be chips. Yellow for the Mind Stone. Some of my favourite flavours include Regular (Lays Wavy or Ruffles). Jalapeño and Cheddar (Old Dutch, Kettle Cooked). Salt and Vinegar (Lays). And All Dressed (Ruffles). 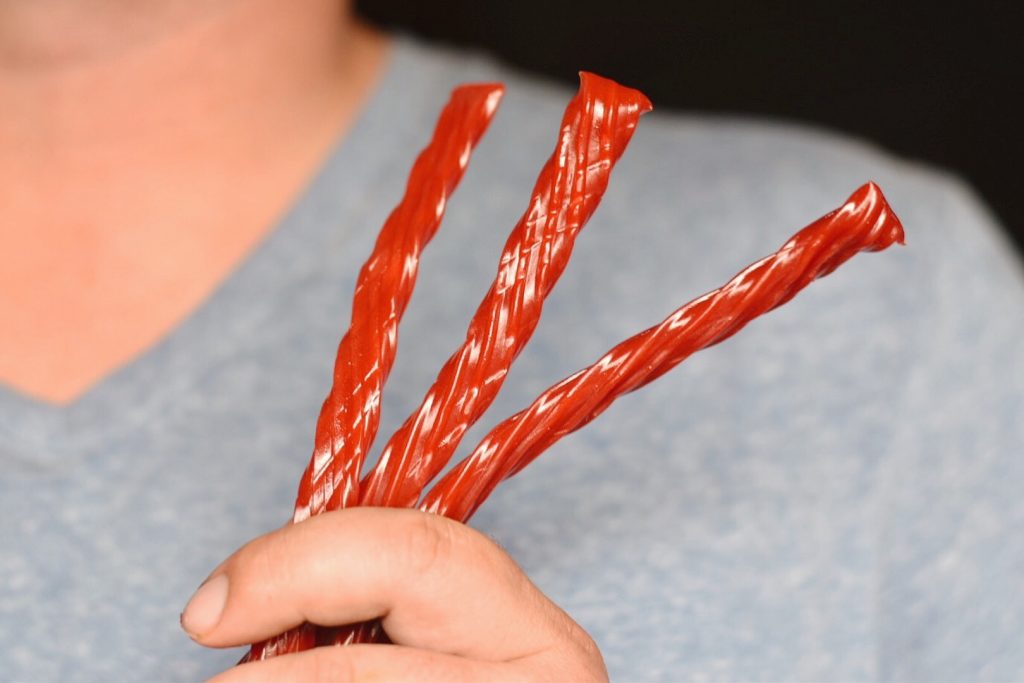 NOT NIBS. Nibs are gross. (I said it!!) But when I think red movie snacks I immediately think, Twizzlers! Everyone’s favourite movie snack (bold statement?) There’s something about these sweet and sticky treats that work great for moving watching! 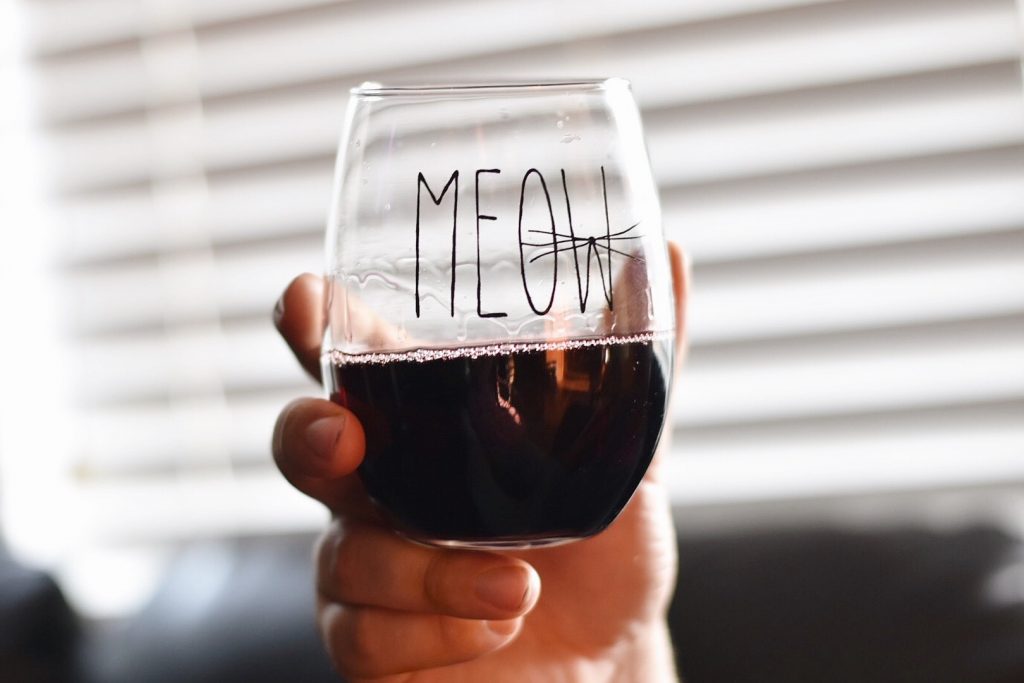 Mike’s pick for purple Power Stone snack is wine! Is there any better way to instantly class up your movie night than with a few glasses of wine? His casual favourite: Don Feli Cabernet Sauvignon or a nice Merlot! 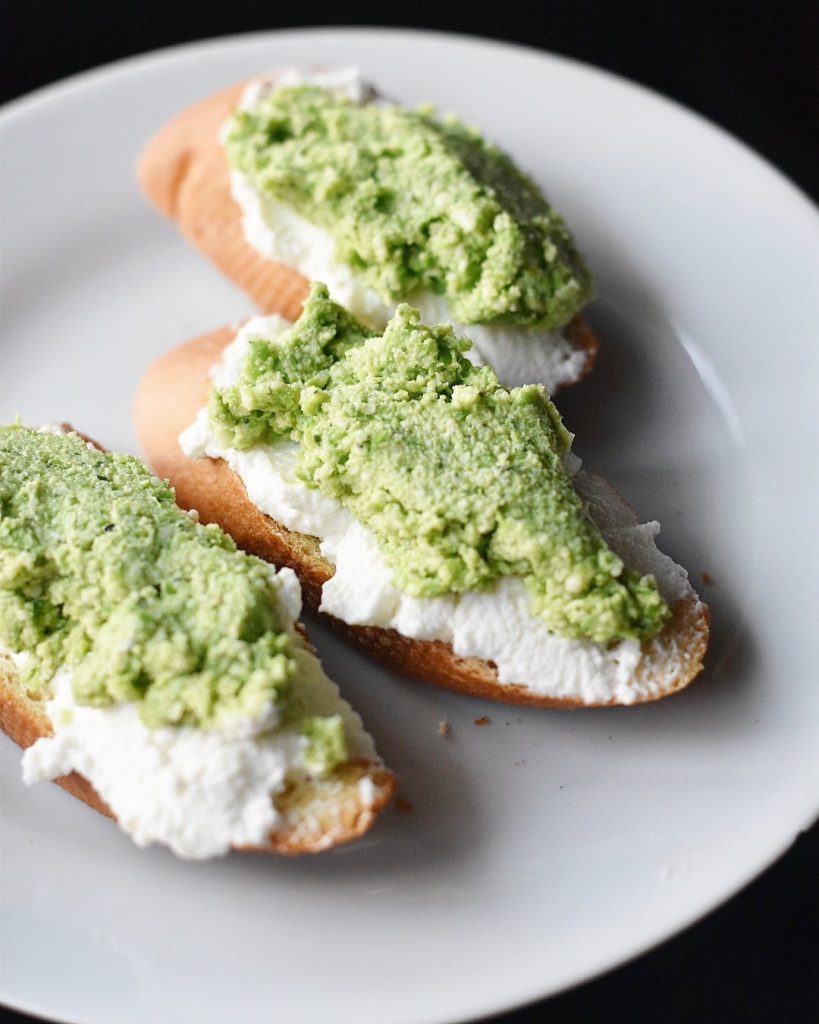 I had my first pea mint crostini from Chef Daniel Costa a few summers ago at the 124 Street Grand Taste Tour—a wonderful farm tour. This crostini is life changing. Pea, mint, with goat ricotta—unbelievably delicious. Variations with pecorino and parmesan cheese will also work with this incredibly tasty snack. I do a variation of this recipe (though for this photo I used frozen peas instead of fresh so the consistency wasn’t quite the same, but still delicious!) 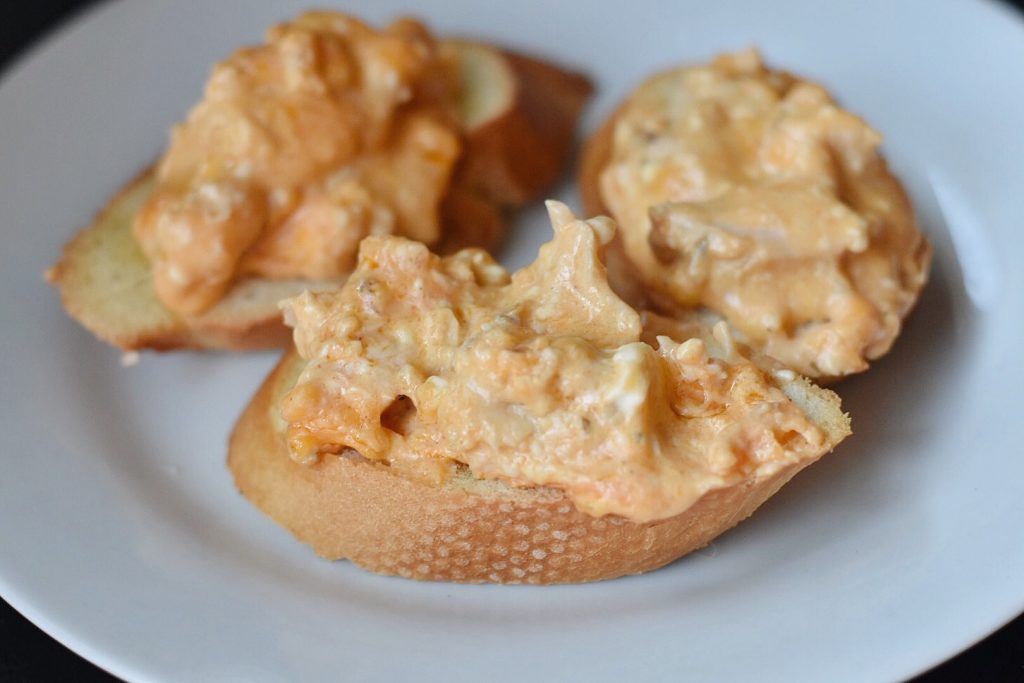 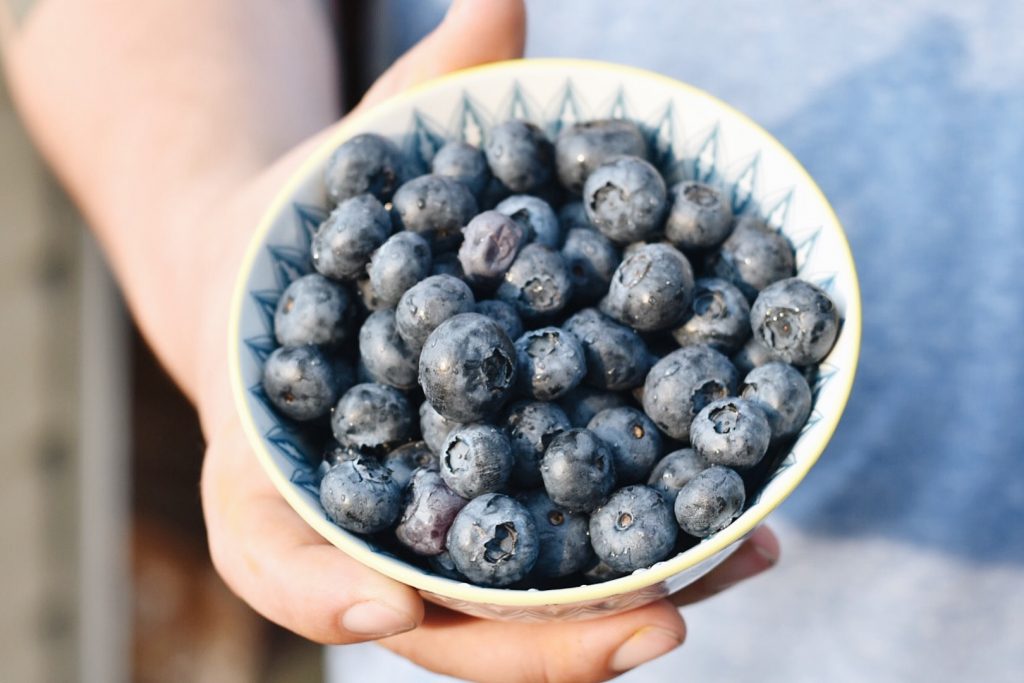 Because you have to have at least one healthy item in your movie snacks spread right? Blueberries are one of my favourite fruits. They make a great, refreshing snack and bonus: dogs love them too! It’s really the only movie snack I can share with Olive and Artie, which makes it the best snack!

If you’re a TELUS member, be sure to check out the Own on Optik feature and get Avengers: Infinity War before it’s available anywhere else! To find Avengers, press the On Demand button on your remote. Choose the Featured folder and scroll down to Early Releases. You can also search for any title using Optik’s search tool! 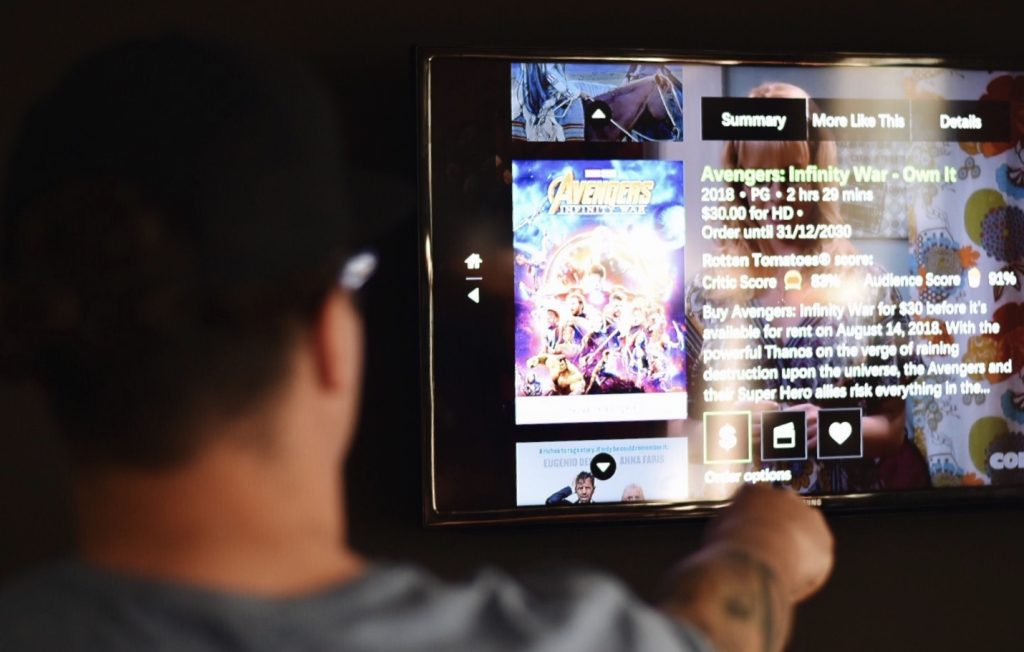 You can now watch Avengers: Infinity War before everyone else with TELUS Own on Optik!

I can’t believe we have to wait a whole year until part 2.

Disclaimer: I will always provide my 100% honest opinion on this blog. My husband Mike and I are huge fans food (obviously), and of the Marvel Cinematic Universe. As a #TeamTELUS ambassador, when I found out TELUS had an Own on Optik feature tied to the Avengers: Infinity War, it felt like a great fit to write about both! This has no impact on opinions stated in this post. I’m a huge Marvel nerd.

Linda Hoang is a Canadian blogger based in Edmonton, Alberta, who writes about travel, food lifestyle and pet topics. She's also a seasoned social media/digital strategist with a journalism background. Linda loves exploring the world with her husband Mike, eating their way through cities, supporting local businesses, and photographing Instagrammable Walls. She is the founder of the Edmonton International Cat Festival and a fur-mom to two cats and two dogs.
PrevPreviousEdmonton Deals: Zwick’s Pretzels
NextTravel: What To Do In MontrealNext