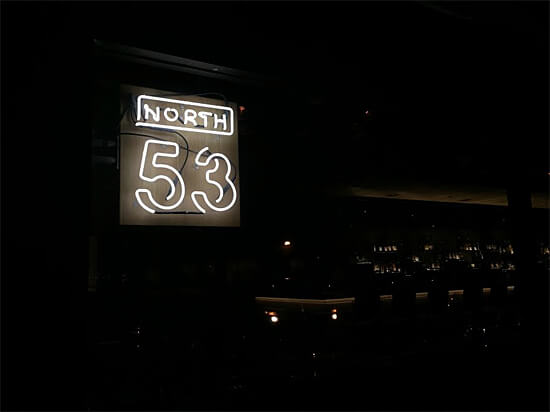 A couple of weeks ago I had the pleasure of being invited to North 53 (10240 124 Street) for their menu re-launch. I had not been to North 53 since it opened about a year ago and admittedly, had not been interested in going previously because the menu and style seemed a bit too fussy for my liking. 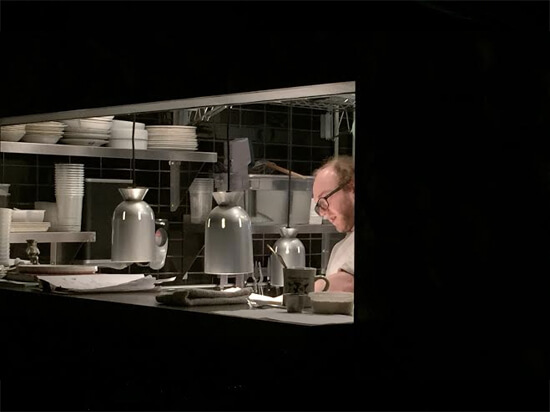 A peek at the new North 53 Executive Chef Filliep Lament!

Last month, that previously fussier style changed with a new menu and a new executive chef (and I’m told, new chairs in the dining room! ;)). I was invited to an intimate dinner/menu relaunch, where owner Kevin Cam announced that that night was the start of a new chapter for the hip spot along 124 Street. 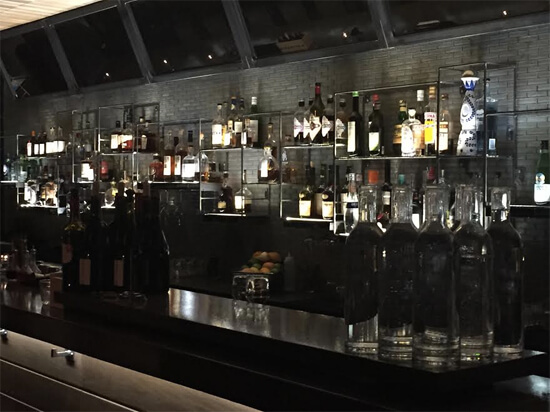 This new menu is meant to appeal to those looking for a delicious (and again, not as fussy) dining experience, or those looking to grab some late night grub and shared plates. In fact a great perk to the new North 53 is that it serves food until 2 a.m. on Friday and Saturday nights! Although I’m not someone who is often up late enough to try and find late night eats, I appreciate restaurants who offer this because so few do in Edmonton (and so few offer good late night eats). 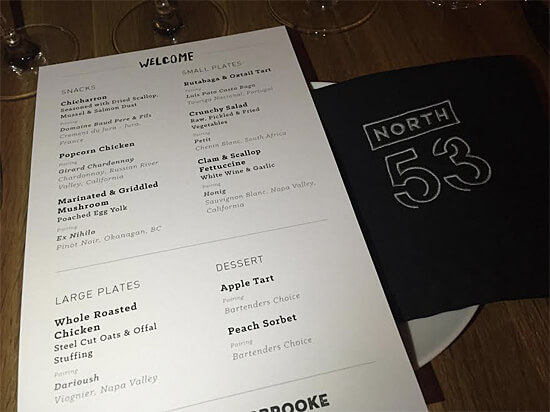 The menu for North 53 relaunch event!

Everything we tried during this special evening you can get on the regular menu. We started off with Chicharron (seasoned with dried scallop, mussel, and salmon dust – $6). This makes me think of a much tastier Asian shrimp cracker. Careful if you laugh while holding a Chicharron in your hand, the dust will fall all over! ;) 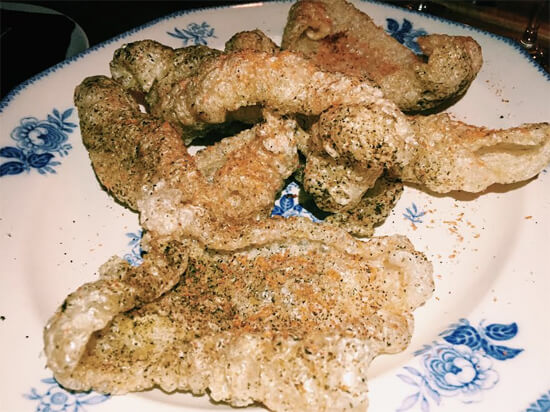 Next up was the Popcorn Chicken ($8). Warm, fun and delicious. This is a must try! 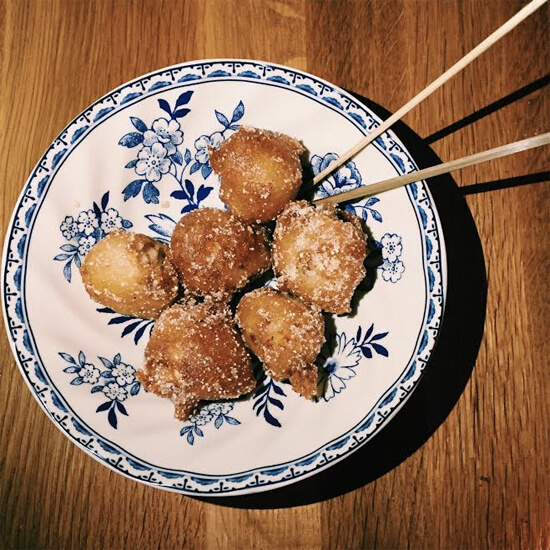 Next we were served Marinated & Griddled Mushrooms with Poached Egg Yolk ($8). Super oozy egg (perfect) and if you’re a fan of mushrooms, you’ll love this. It’s the perfect mushroom slime (which sounds bad, but I love it. lol) 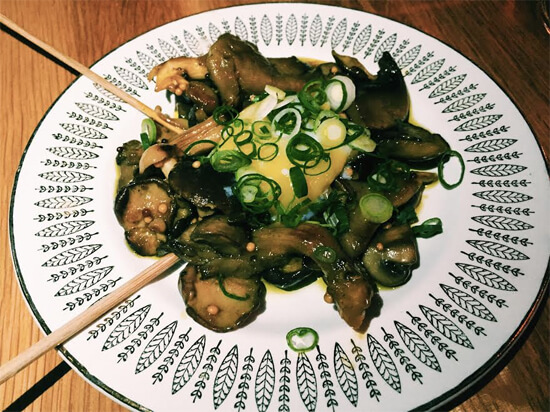 The feast continued with a Rutabaga and Oxtail Tart ($13) – flakey and tasty, there was a good combination of textures here with the pastry and filling. 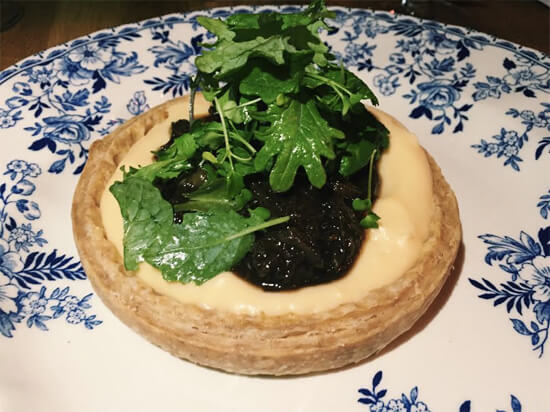 Rutabaga and Oxtail Tart at North 53!

The salad option was very appropriately called The Crunchy Salad! Featuring raw, pickled and fried vegetables ($13). There was kale, cabbage, lettuce, garlic cream sauce, fried onions, and more. This was a really fun dish to eat because my table spent a bit of time really nibbling on each veggie, trying to figure out which was what. There was one particular crunch and flavour that really stood out for me, but I just could not figure out what it was. (Will need to order it again to see!!) This salad was very flavourful and really was a texture-splosion (that’s a word). 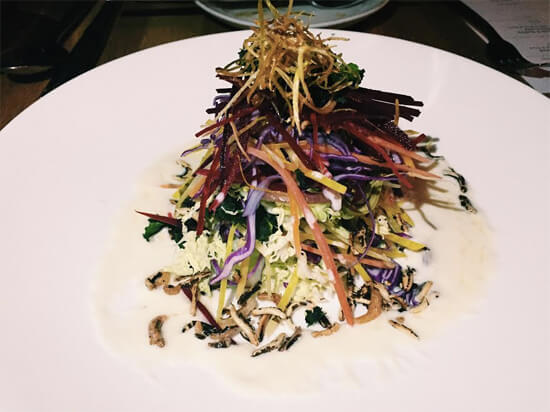 Throughout the meal, each dish was paired with a wine and some were paired with fun cocktails. I wasn’t drinking that night (though I should have, with the amount of tasty options they were serving up!) but at one point the bartender came and talked up North 53’s cocktail wheel. What a fantastic and fun idea! (which he admits he didn’t come up with on his own – borrowed from a different bartender at a different restaurant in a different city). But if you’re not sure what cocktail to try, how about getting a custom cocktail based on what you’re feeling in a spirit base, and flavour? 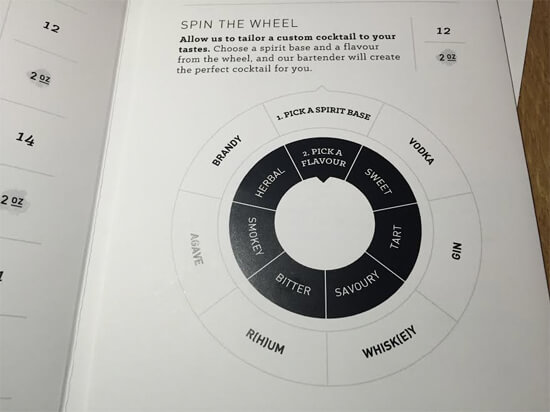 The food continues with Clam and Scallop Fettuccine with White Wine & Garlic ($20). Not my favourite pasta ever but it was certainly good, and came out in a very good portion size. 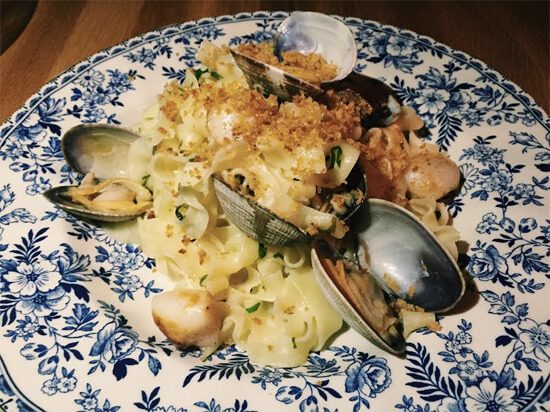 Clam and Scallop Fettuccine with White Wine & Garlic at North 53!

The star dish of the night in my opinion was the Whole Roasted Chicken with Steel Cut Oats and Offal Stuffing! At $50 (on the regular menu), this is a pricy but very delicious and therefore worth the money dish. As soon as they placed the chicken on our table there was an amazing smell that made us all sort of buckle in our seats. 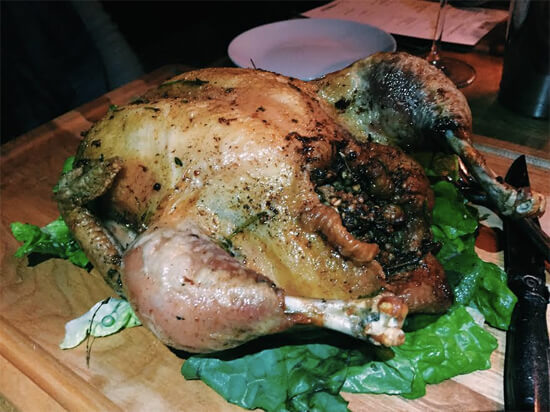 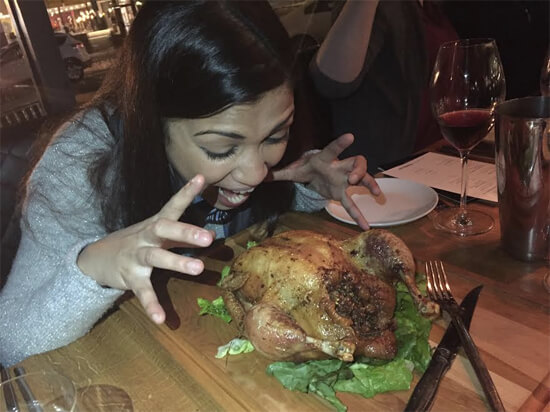 The meal wrapped up with a Peach Sorbet ($3) and an Apple Tart with Cheddar Shortbread and Vanilla Ice Cream ($10). I’m not big on desserts but I thought the peach sorbet was very good – refreshing, and had a kind of surprisingly gritty texture to it that I equate to black sesame ice cream (I love it). The apple tart was tasty, but I wouldn’t say it was a blow-me-away apple dessert. 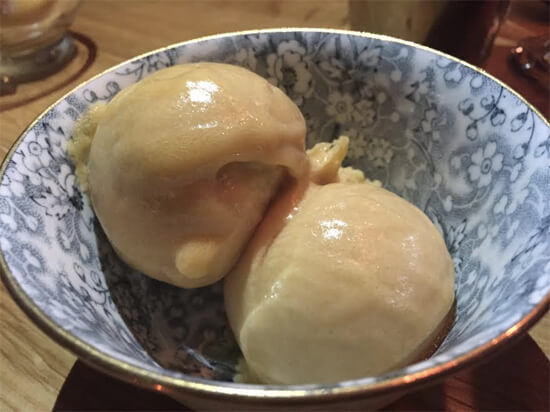 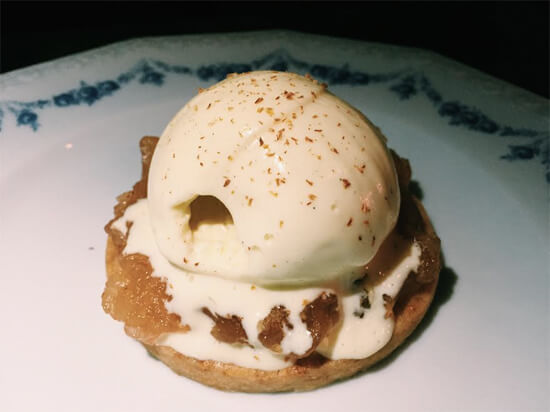 Overall – wow! What a menu. What a relaunch. I am so excited to return to North 53 to try some of these dishes again (the popcorn chicken, mushroom & poached eggs, crunchy salad, and whole roasted chicken are musts), and check out some dishes I didn’t try during this night. I’m also planning on making sure I am NOT the designated driver for my next trip to North 53 because I really want to give the cocktail wheel a try (fun, mystique, surprise!) but there was also a few cocktails on their regular menu that my table got a chance to try that were really damn good. North 53 is definitely a go-to spot if you’re looking for some fantastic, unique cocktails.

I really want to also highlight North 53’s adorable plates. Kevin says he got many of them at vintage antique stores so they’re very delicate. I love them! Scroll back up and pay attention to the plates if you weren’t already thinking in your head ‘man those plates are really cute’ as you were scrolling through. 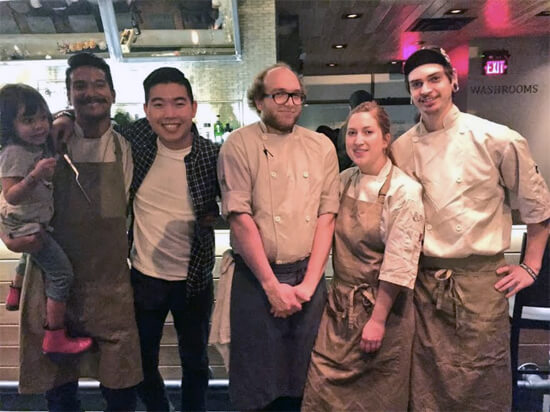 Round of applause for the great team at North 53!

Congratulations to Kevin, executive chef Filliep Lament, and the whole team at North 53! I love the new menu, the new style, and am looking forward to taking part in this new chapter of yours.

(Fun fact: It turns out executive chef Filliep Lament, sous chef Joshua Dissanayake, former exec chef Ben Stanley, and another North 53 chef whose name escapes me at the moment (sorry) are big fans of my parent’s restaurant King Noodle House and are often there eating our pho! Well, I say often, but since the menu relaunch actually they haven’t been around that much, so that’s the only negative to this new menu! Lol.)

Try to get to North 53 before Dec. 19 because they’ve got an awesome promotion going to support Santa’s Anonymous:

But if you can’t get there in the next couple of weeks, just make sure you plan to go some point soon in the new year. Love the vibe, love the food, love the new style!

Linda Hoang is a Canadian blogger based in Edmonton, Alberta, who writes about travel, food, lifestyle and pet topics. She's also a seasoned social media/digital strategist with a journalism background, the founder of the Edmonton International Cat Festival and co-founder of Stop Race Based Hate, an online anti-racism education tool. Linda loves exploring the world with her partner Mike, eating their way through cities, supporting local businesses, and photographing Instagrammable Walls. Linda is a fur-mom to two cats and two dogs.
PrevPreviousWhat to do for New Year’s Eve: 2014 Edmonton Event Listing
NextSocial Media Notes (#51) – Links for the Week of December 1 – 7Next