Recap: Our Trip to Medicine Hat (and Things You Can Do in ‘The Hat!’)

This weekend Mike and I took a five-hour road trip down to Medicine Hat in Southern Alberta to visit our good friends Jack and Nicole. They’ve been up to visit us in Edmonton many times over the years and so our visit down to The Hat (as the locals call it ;)) was long overdue. 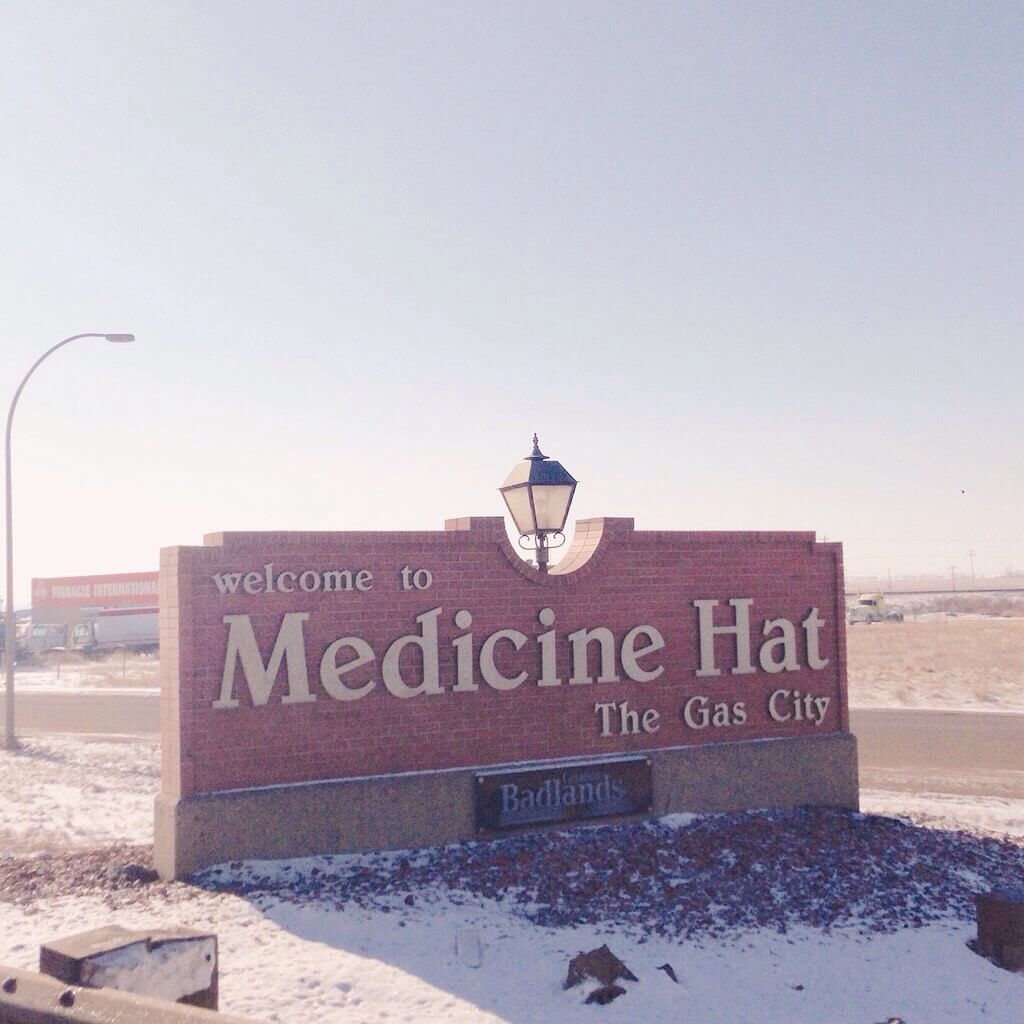 I was excited to visit the city (both Mike and I had never been before) and Jack and Nicole were awesome tour guides. We were only there for the weekend (arrived Saturday, drove home Sunday) but I think we packed in quite a bit in our short time.

Below are the highlights of what we saw & ate and some suggestions on what you should do if you ever visit Medicine Hat. I recommend it! It’s a really nice, small city that’s sunny most days of the year (its new slogan is “A Sunshine State of Mind!”) Jack & Nicole kept joking that there are lots of homes for sale if Mike and I ever wanted to move to Southern Alberta and become “Hatters!”

Things To Do In Medicine Hat 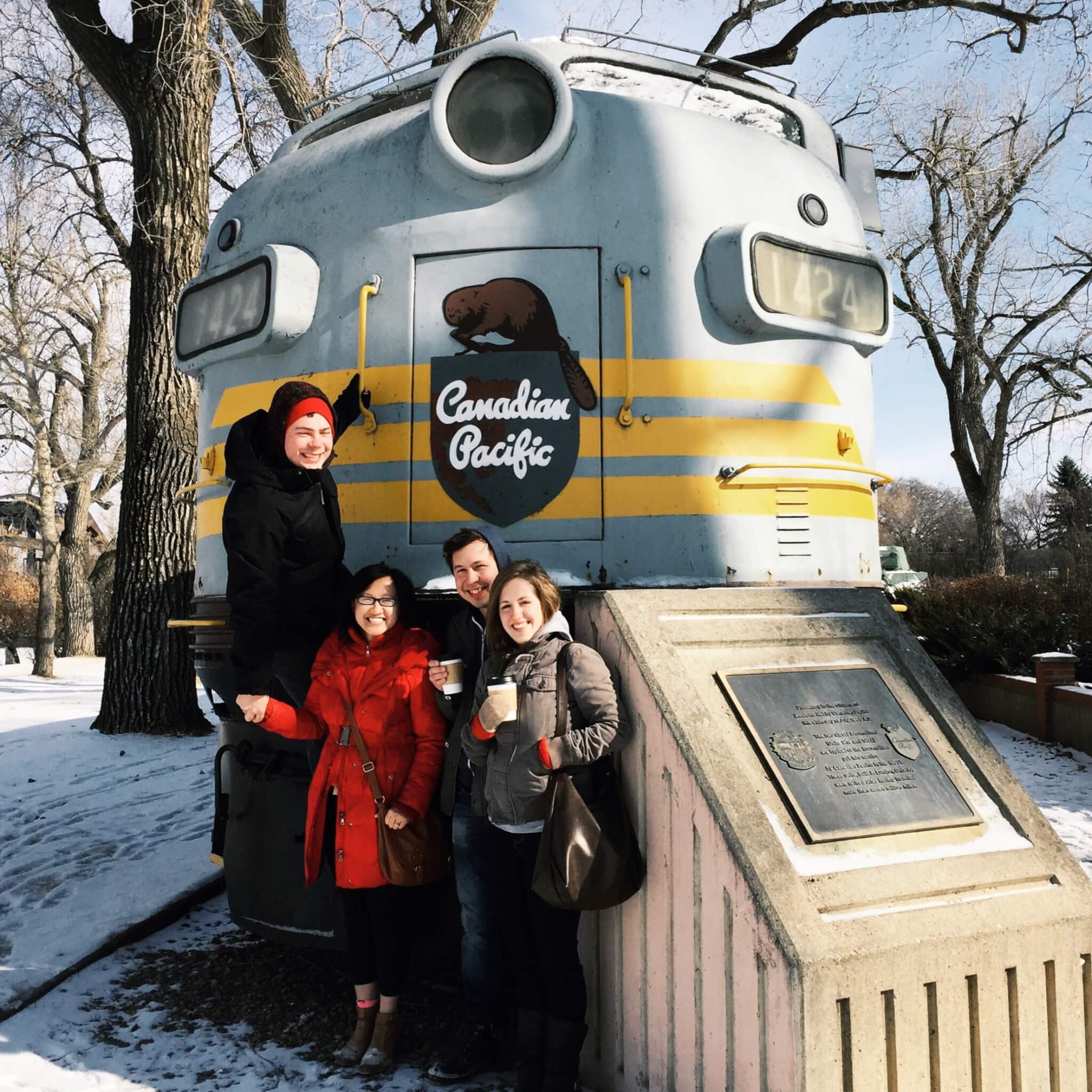 The Canadian Pacific Railway has a big presence in Medicine Hat!

Downtown Medicine Hat is a great place to explore. There’s some nice restaurants and coffee shops and it gives off a nice small town feel. You have to stop at the Riverside Memorial Veterans Park across from City Hall and check out the Cenotaph, donated Canadian Pacific Railway train and World War II tank. The CPR arrived in Medicine Hat in 1883 and that’s when the city (then-town) was born! 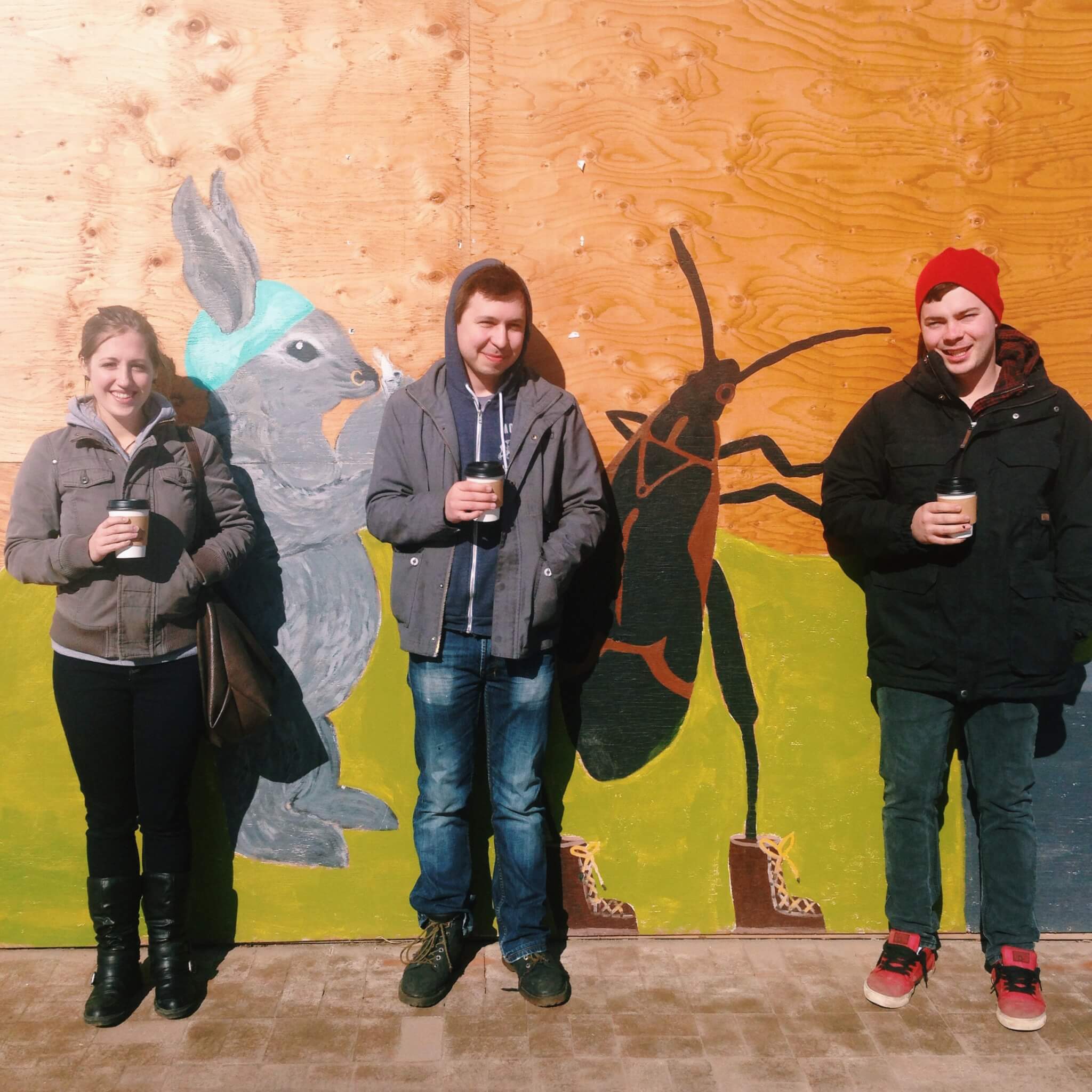 There’s a lot of cool murals in Medicine Hat! You don’t have to try very hard to stumble upon some kind of artwork in the city’s public spaces. A lot of the buildings have art on its walls and I think some of the signs on the buildings count as art too – kind of old school and retro. 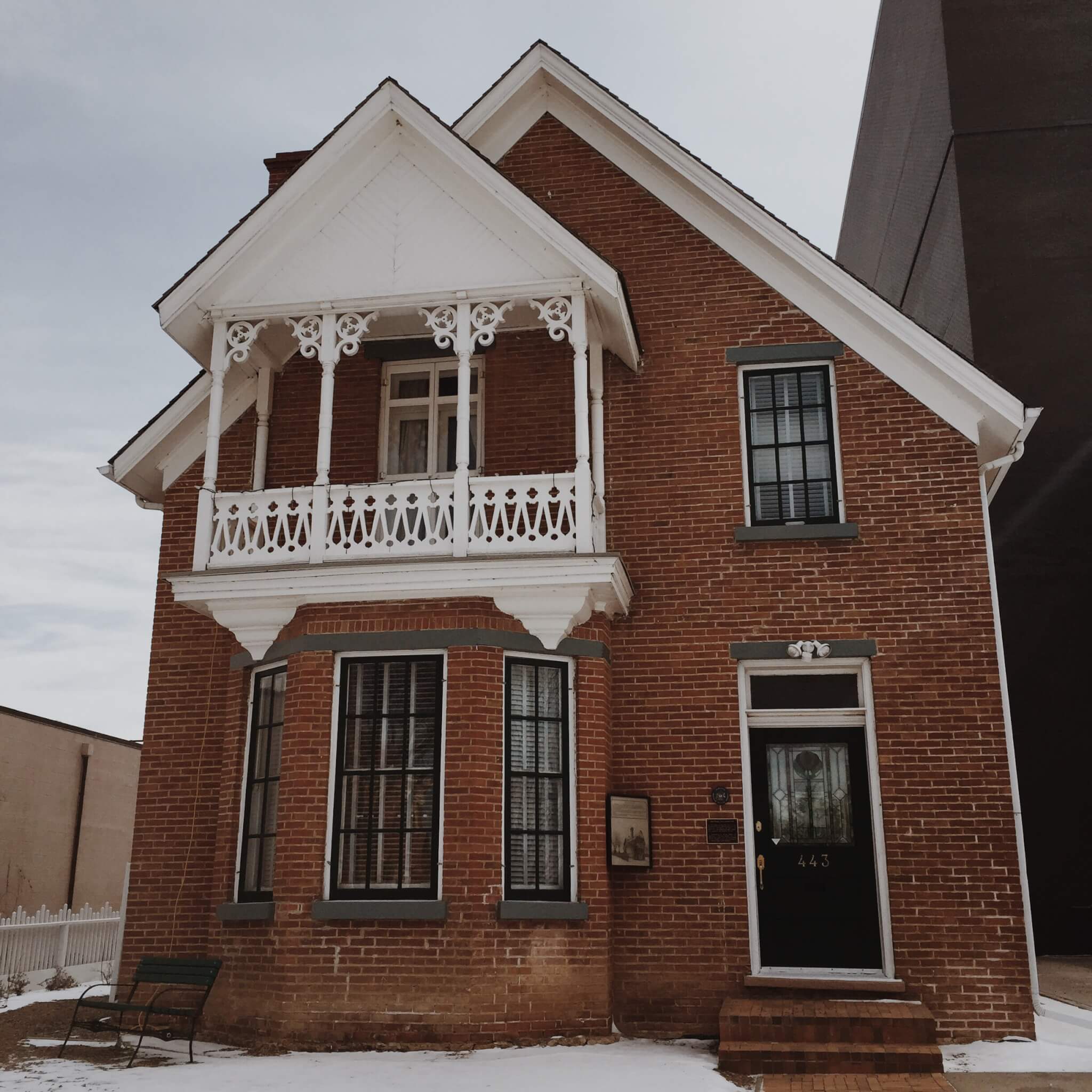 The Oldest Brick House in Alberta is right in Medicine Hat!

Did you know The Oldest Brick House in Alberta is located in Medicine Hat? The Ewart Duggan House was built in 1887 and is a “testament to the durability of brick.” It’s now owned by the Esplanade Arts & Heritage Centre and artists in residences live in the house! Stop by and see it and head into Esplanade to see the latest art exhibit, a history of Medicine Hat, a war exhibit, catch a show at their theatre and see other neat programming. When we were there, Medicine Hat College was doing a demo on 3D printers and other technology so we got to play with a cool banana piano and get 3D photo print-outs of ourselves! 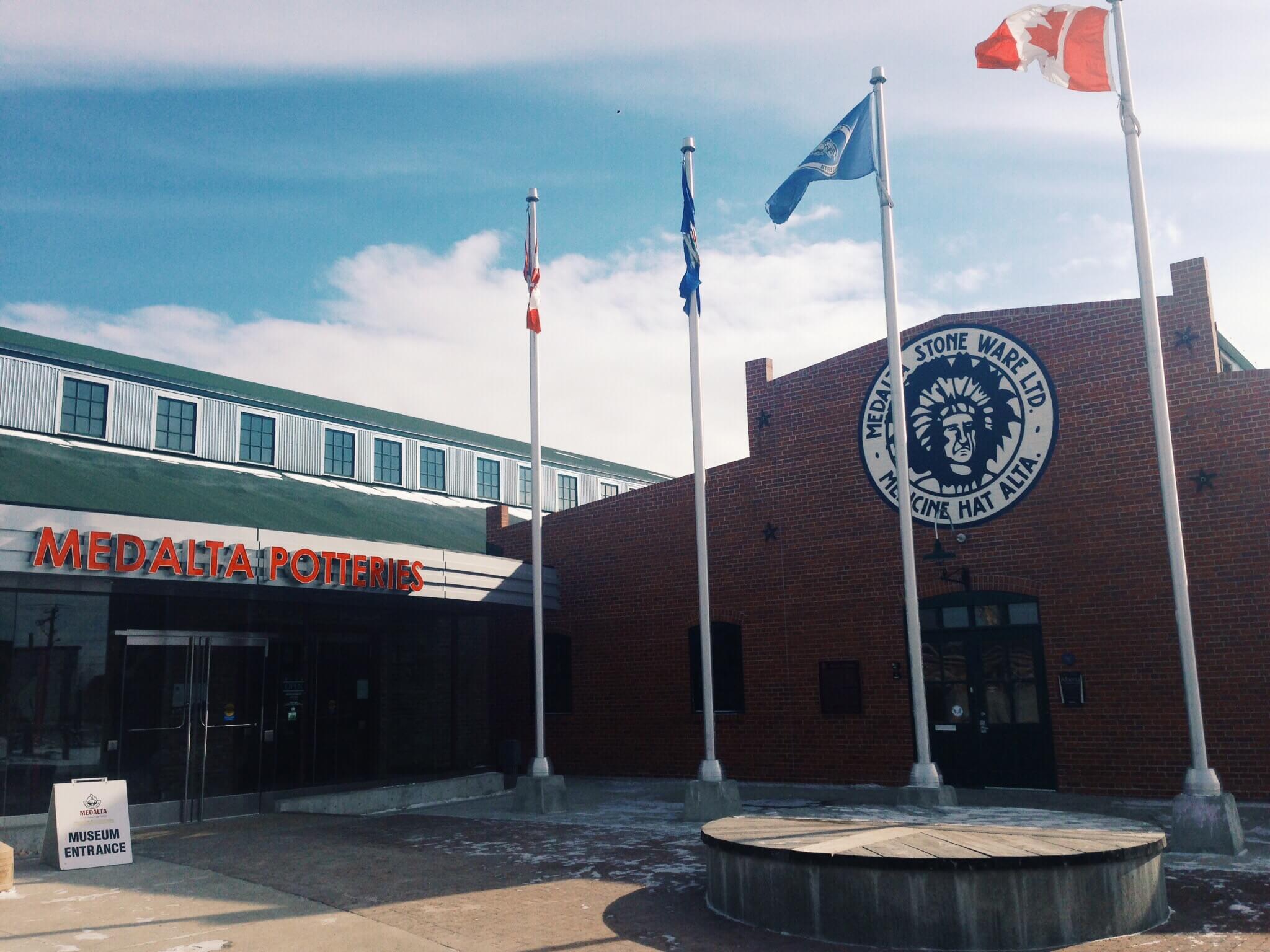 Learn all about Medicine Hat’s clay industry at Medalta! 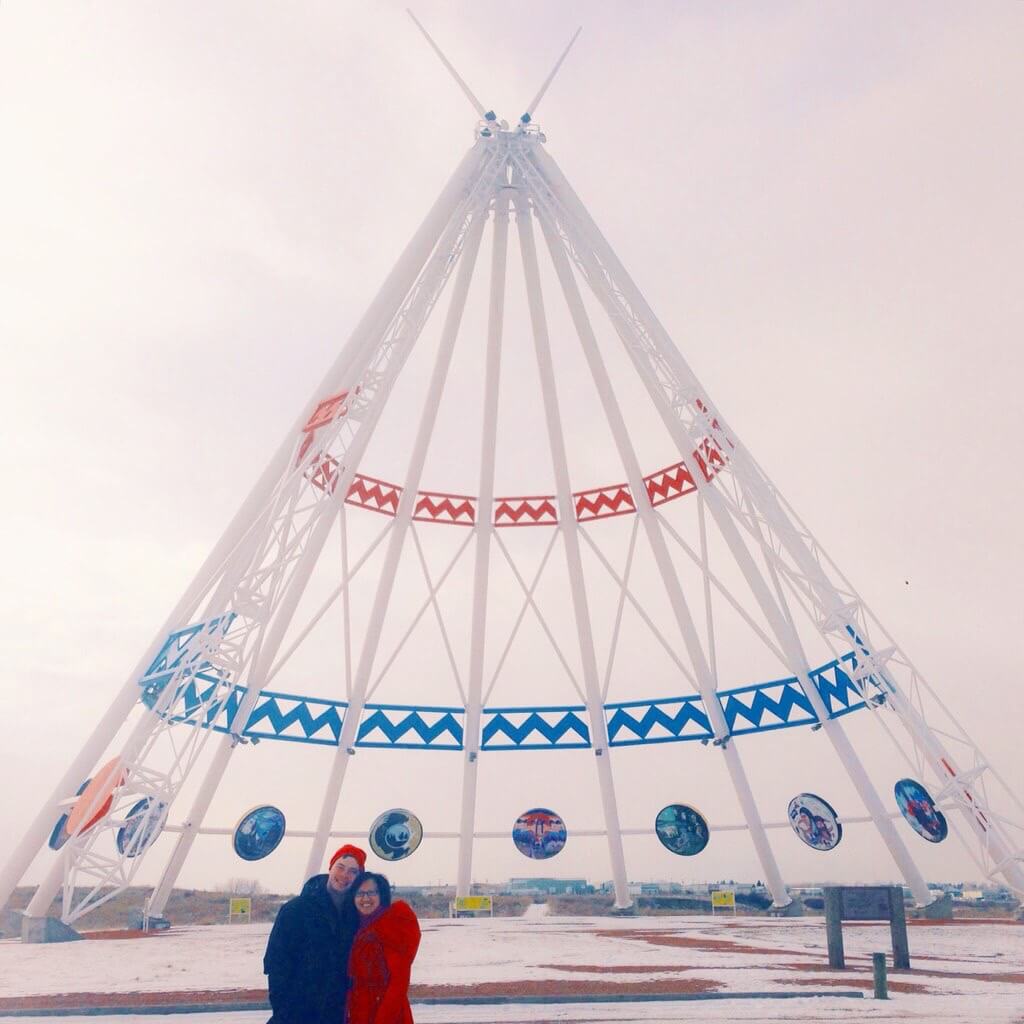 Well, I’m told the Saamis Teepee used to be the World’s Largest Teepee until China built a bigger one. (I feel like China just looks to see what holds the World’s Biggest titles and then builds to one-up them – ie. this teepee, West Edmonton Mall, etc. lol) Still, this teepee is gigantic and fun to look at. I’m told there are events and gatherings here throughout the year. It’s right next to the Tourism Centre and you can access the river valley/dog park at the site of the Saamis Teepee! 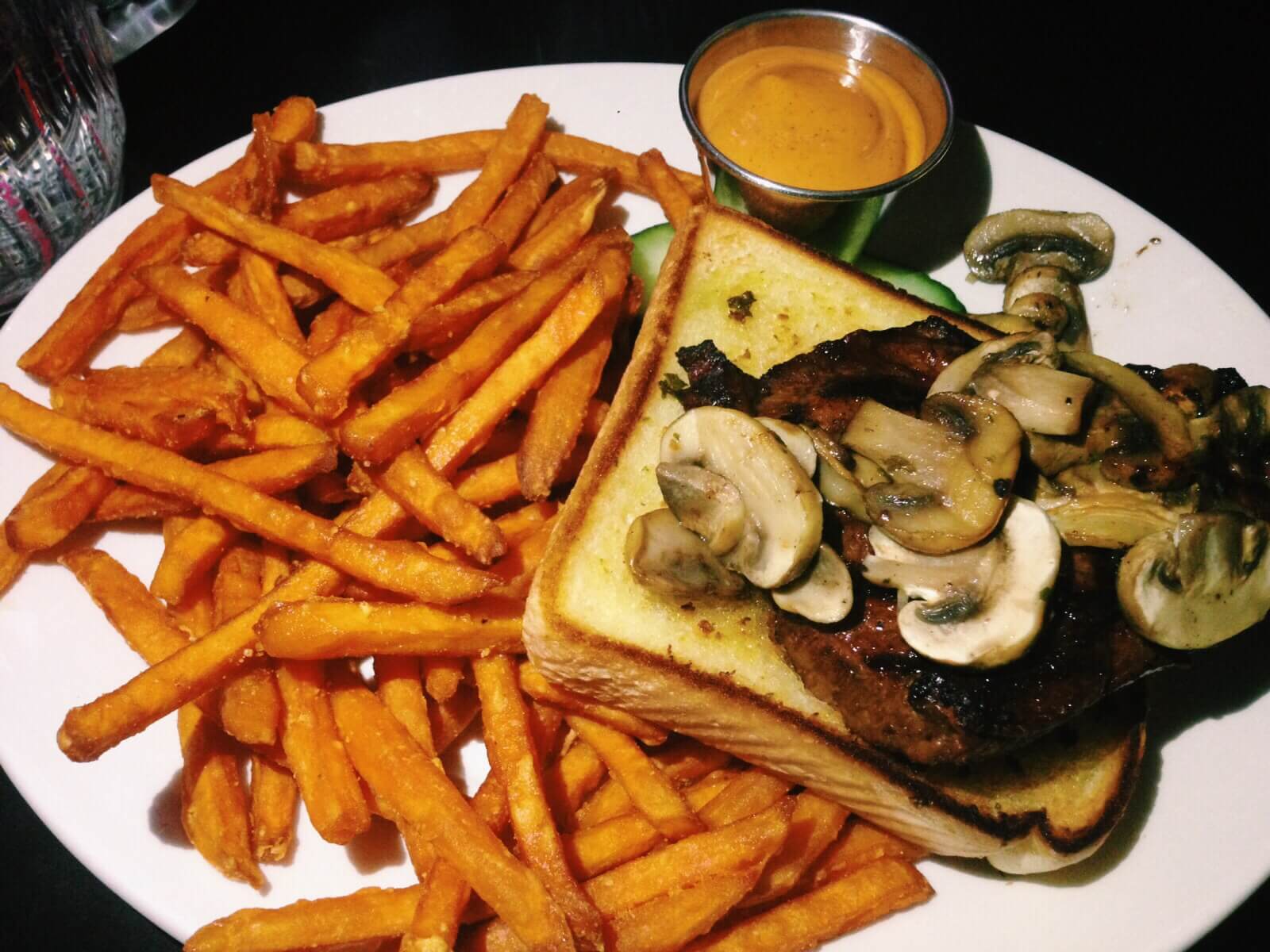 $4.99 Steak Sandwich from the Silver Buckle

If I could have two lunches and two dinners each day, I’d be in heaven. I wanted to squeeze in more restaurants during this trip but there just wasn’t enough time! What we did try, we loved! Jack and Nicole took us to try the $4.99 steak sandwich special (runs all day) at the Silver Buckle pub/restaurant. It was a very good steak sandwich – even better because of how affordable it was! We went to Lela’s Place The Chocolate Shop for breakfast and had the sassiest waitress serve us. You gotta go for this! She was a no-nonsense, right to the point, funny lady who was also working the entire diner by herself. We also tried Sabai Thai, Jack’s favourite Thai restaurant. I’ll be doing separate review blog posts for those so I won’t go into as much detail here but you should hit up all of these when you come! I also saw a Japanese restaurant that I want to try and there’s a couple of Vietnamese spots I’d love to check out when we come back. 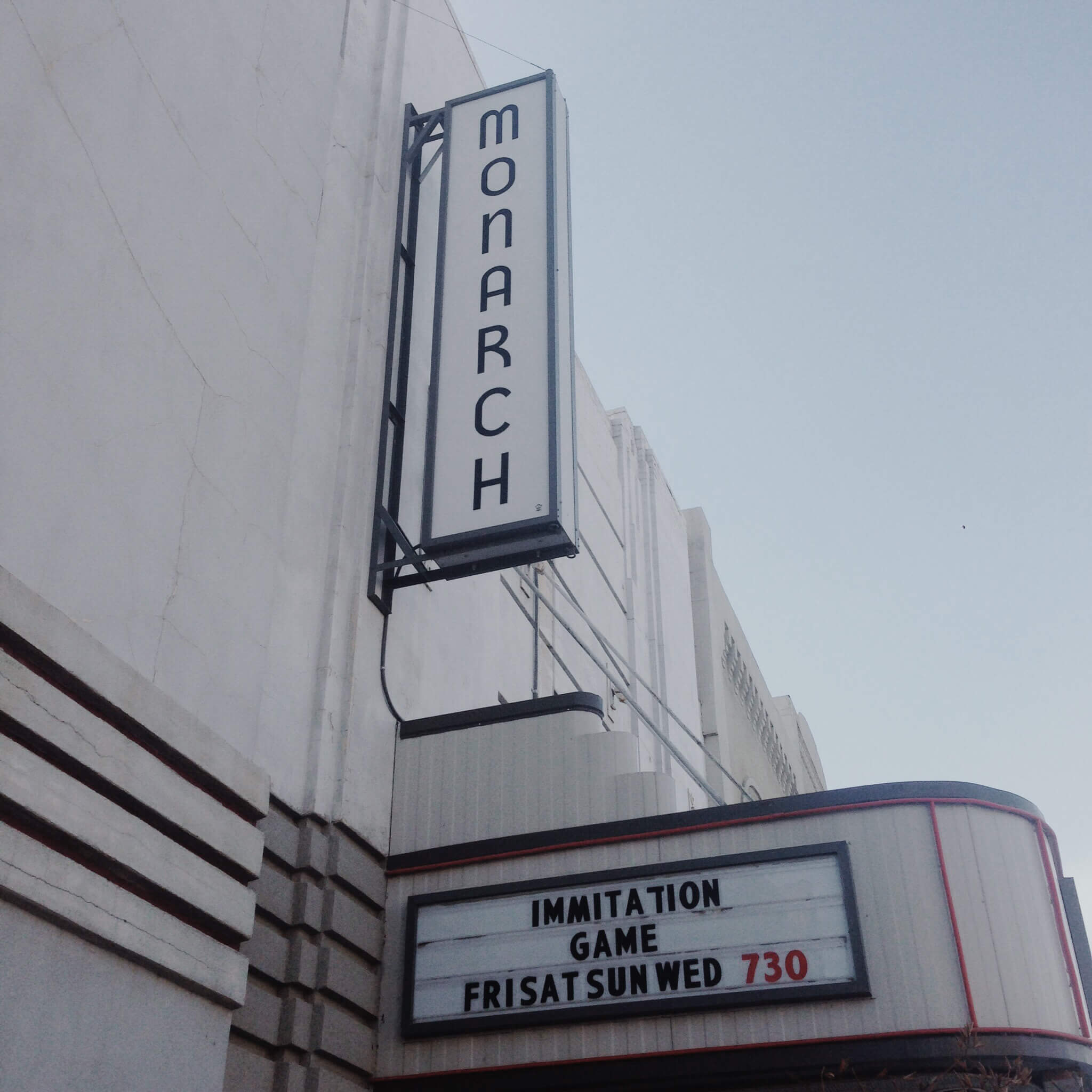 The oldest running theatre in Canada!

Although we didn’t have time to see a movie at the Monarch, we did drive by at night and saw a jolly man dressed in a top hat and suit, standing outside the Monarch greeting people into the theatre. Jack & Nicole said the man was the owner of the Monarch – the oldest running theatre in Canada! He apparently does the period piece dress-up greeting regularly, and talks old fashioned / in character too. How neat and what a novelty! I would definitely go see a movie at the Monarch when we come back! 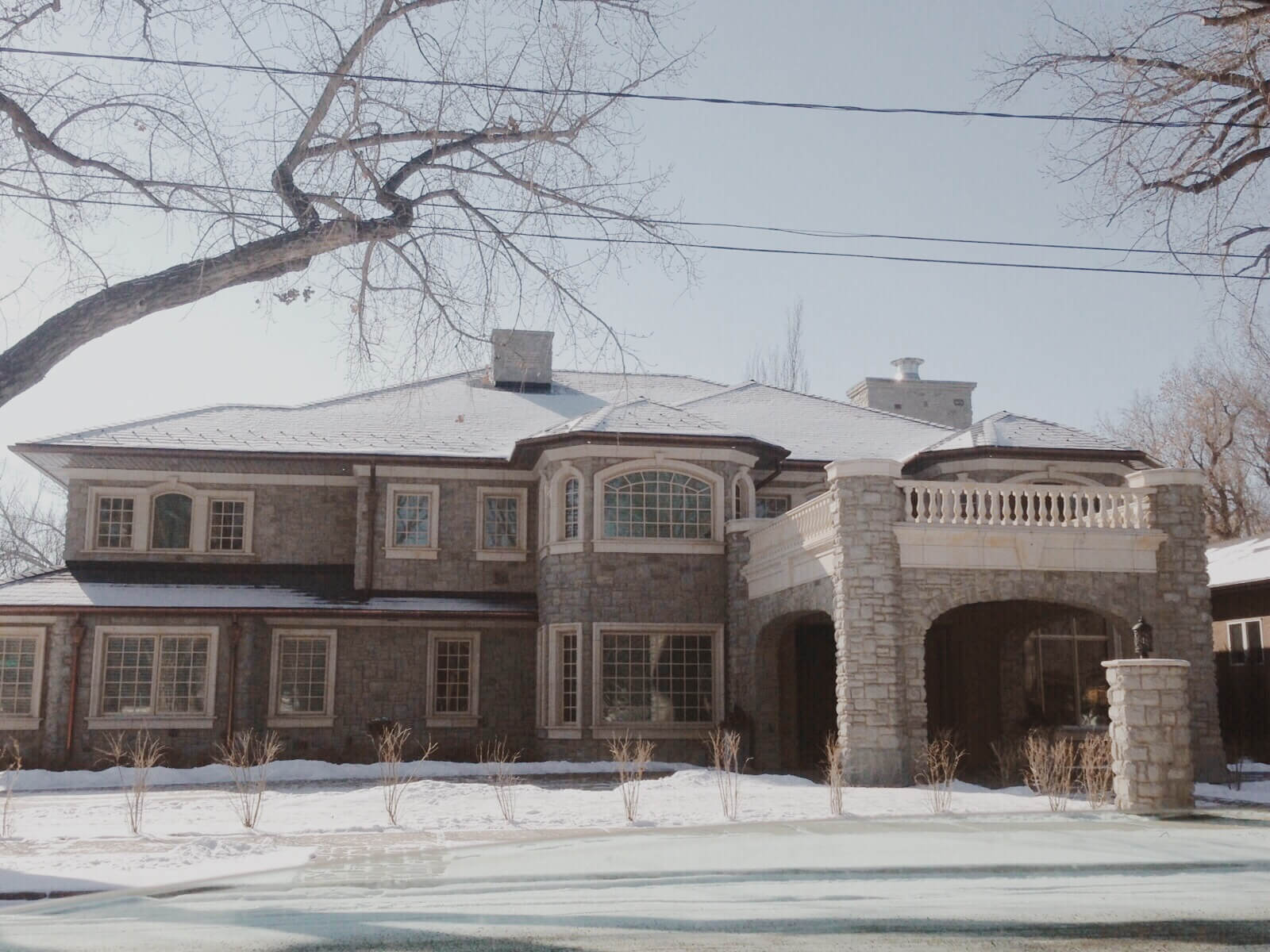 There are some gorgeous homes in Medicine Hat!

Maybe it’s because Jack & Nicole were joking about convincing Mike and I to move down to The Hat and this may not be as appealing for other visitors but I actually really enjoyed driving around looking at all of the different houses and neighbourhoods in Medicine Hat! There are a number of incredible homes that sit just across the street from more modest dwellings. There’s gorgeous houses on “The Hill” and then houses that are abandoned in the low-lying areas that are more prone to flooding from the river swelling. I thought it was really interesting (an interesting contrast too) and is definitely a nice way to quickly take in different areas of the city.

So those are some of the things I would recommend you do while you’re in Medicine Hat! We are super grateful to Jack & Nicole for all their hospitality and showing us some of the best of The Hat. If we had stayed longer and/or visited during the summer. I know we would uncover more than those top touristy things that make The Hat even better but for our whirlwind trip, I’m glad we got to see some of those main attractions.

Here are a few other photos from our trip! 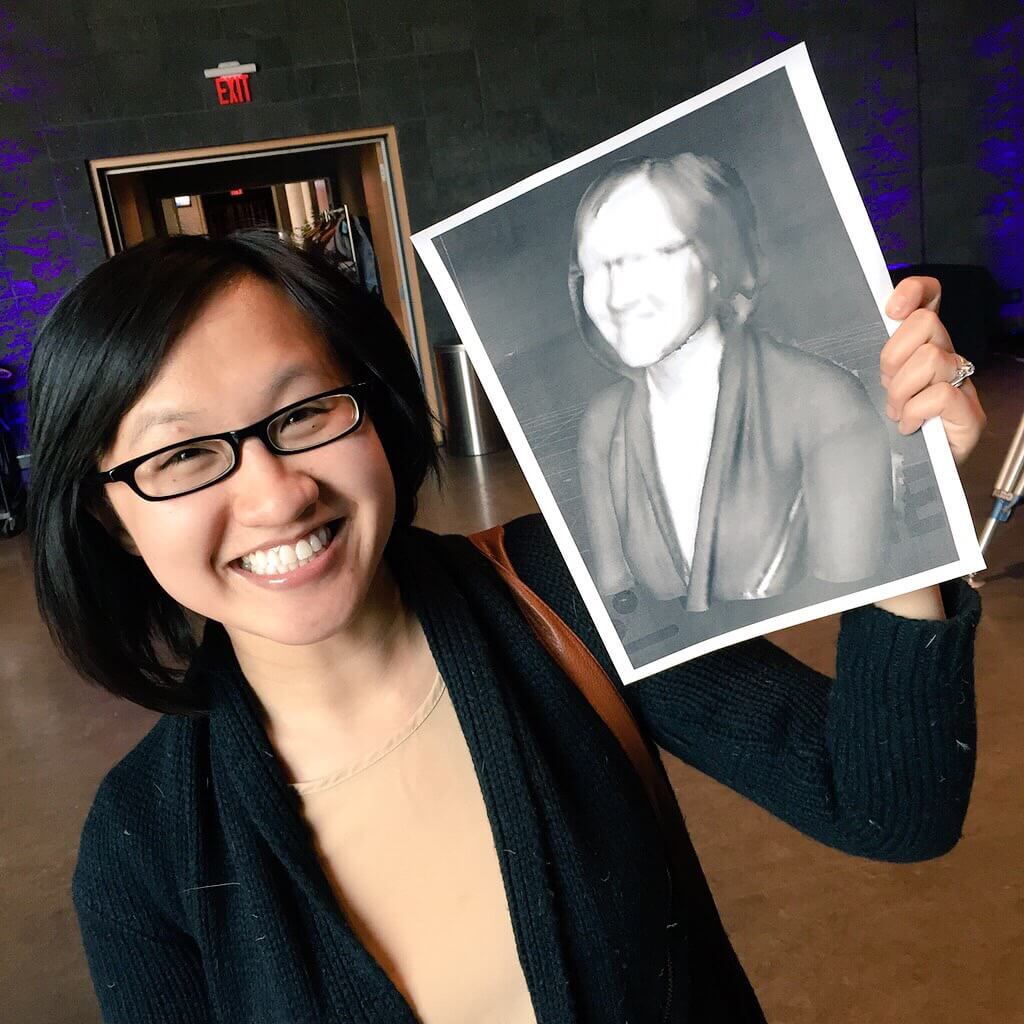 They promoted this as “come get a 3D selfie!” 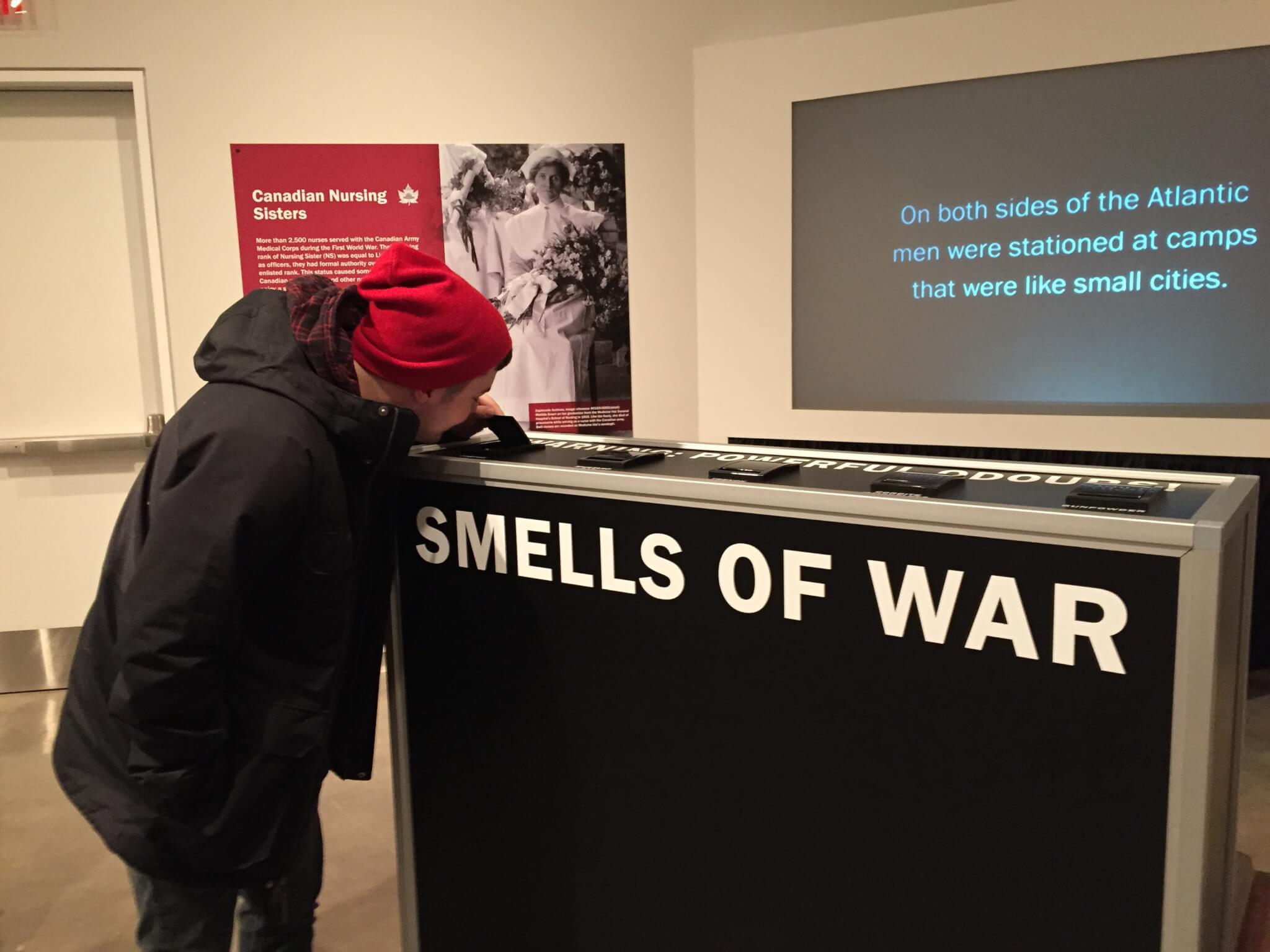 The Smells of War (trenches, mustard gas, corpses) at Esplanade! 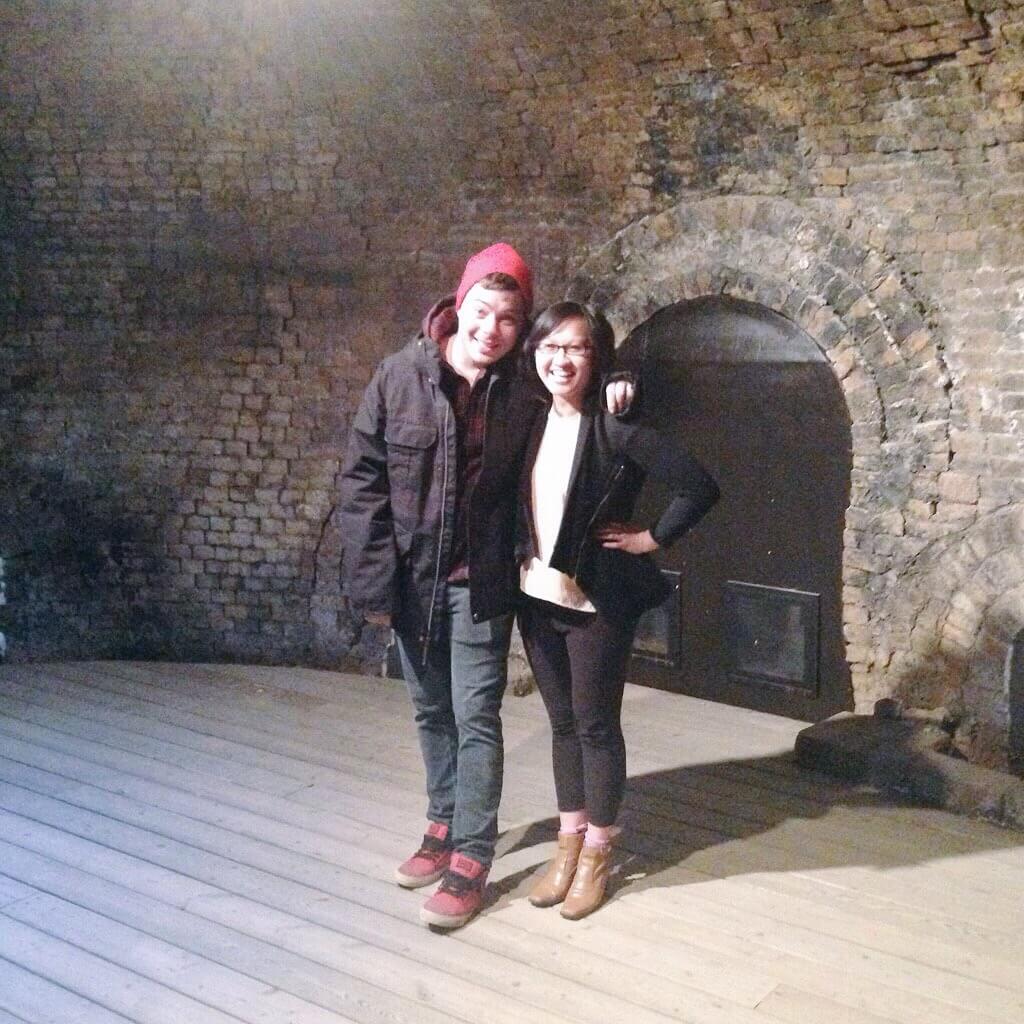 Inside the Medalta kiln! 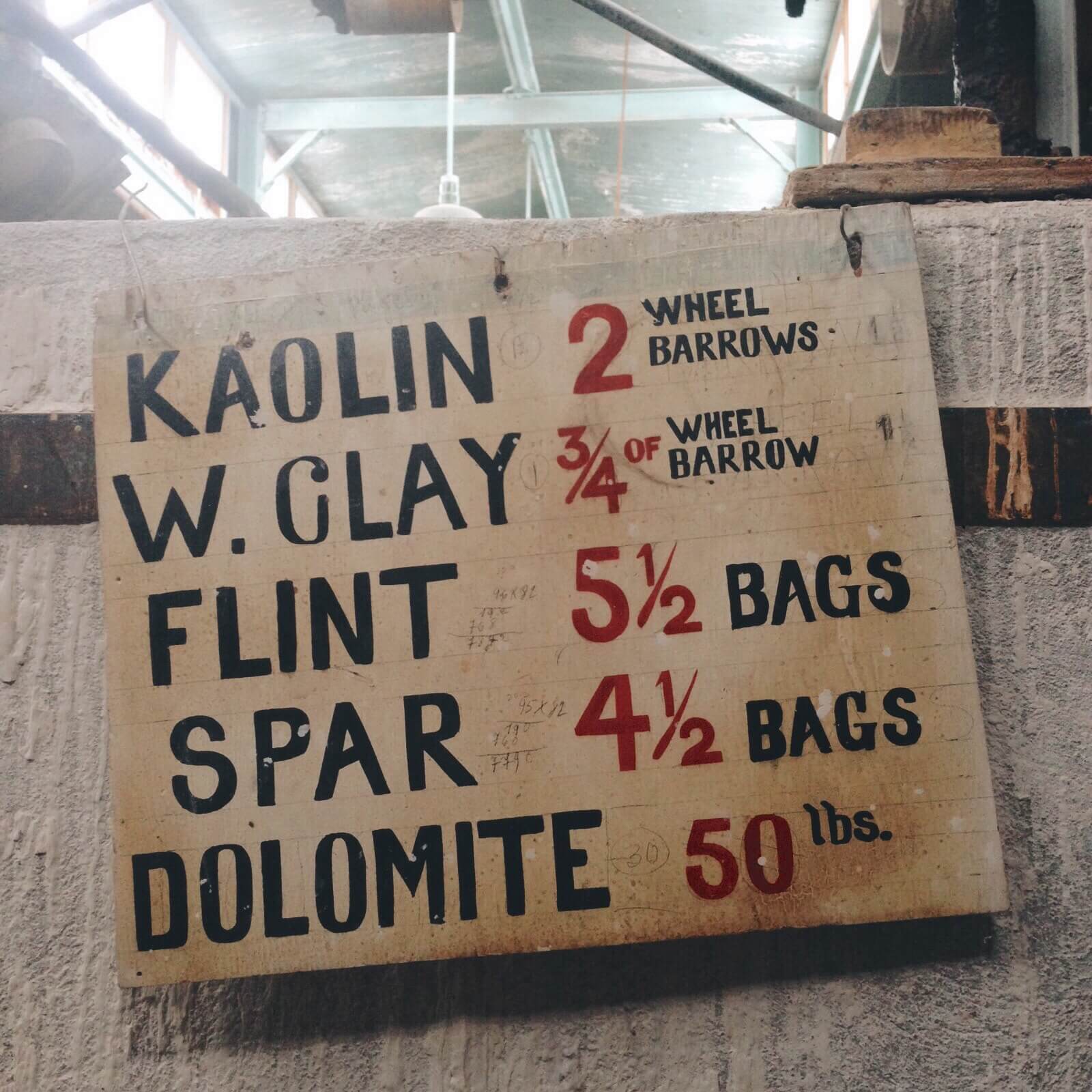 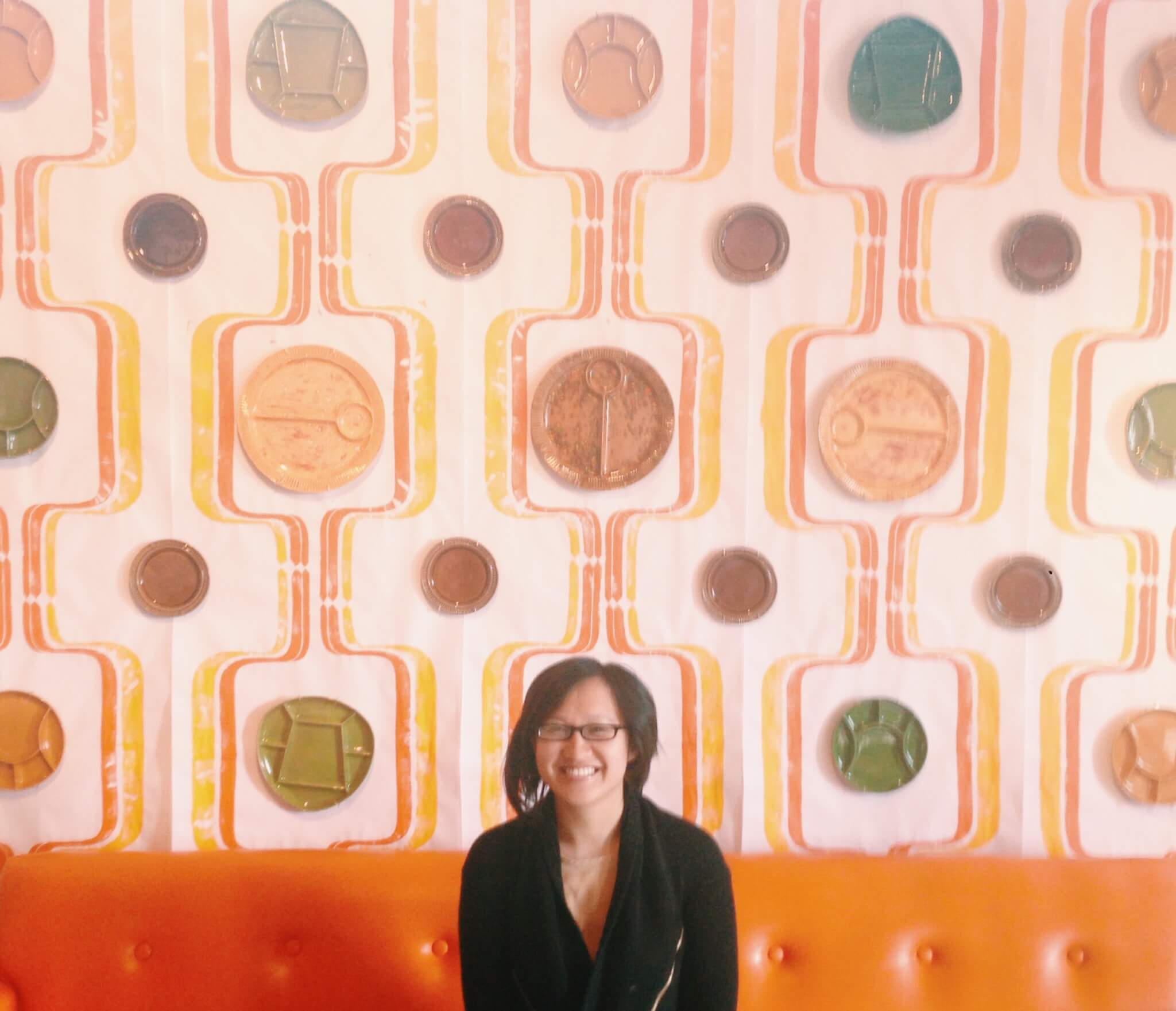 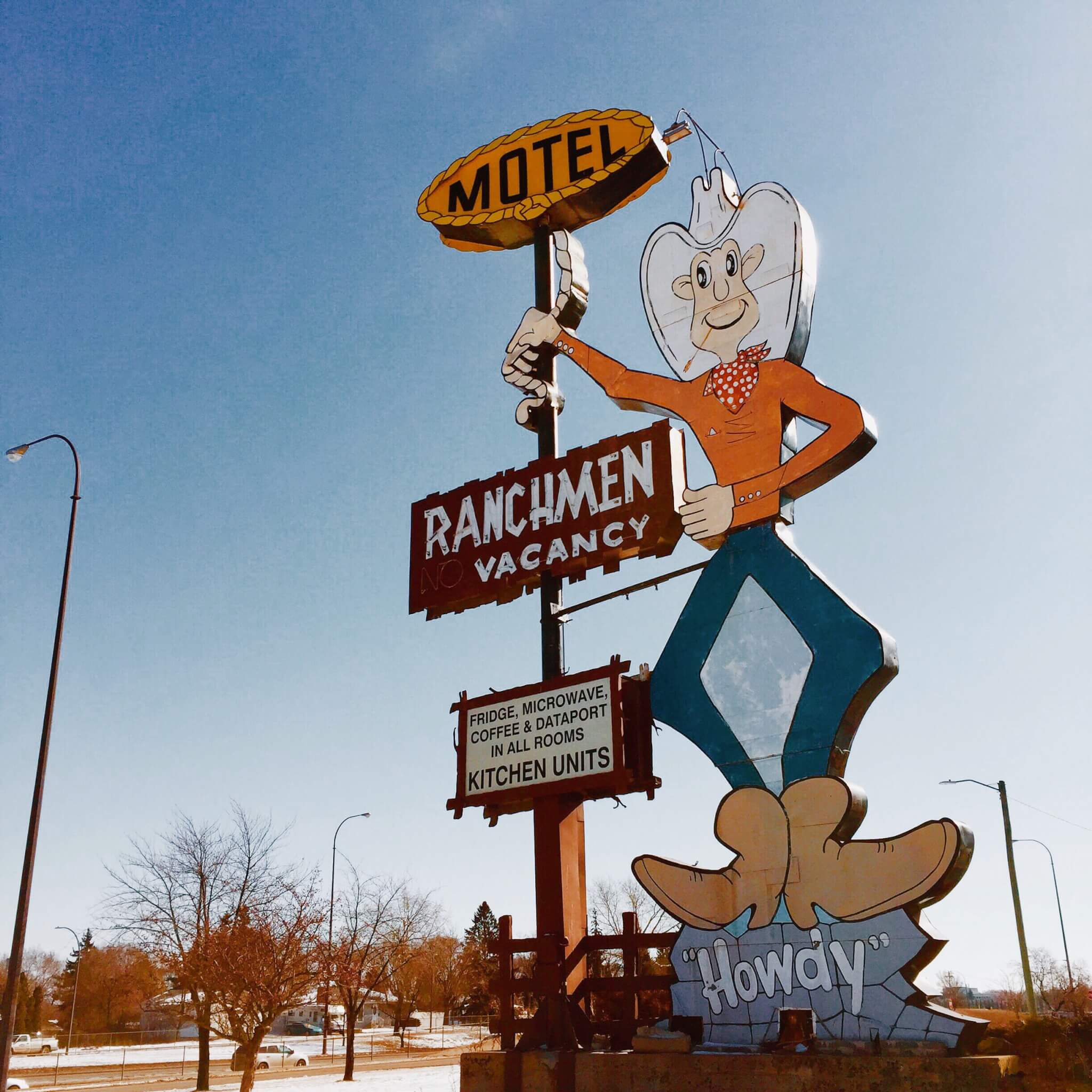 There are some really old school, cool signs in The Hat! 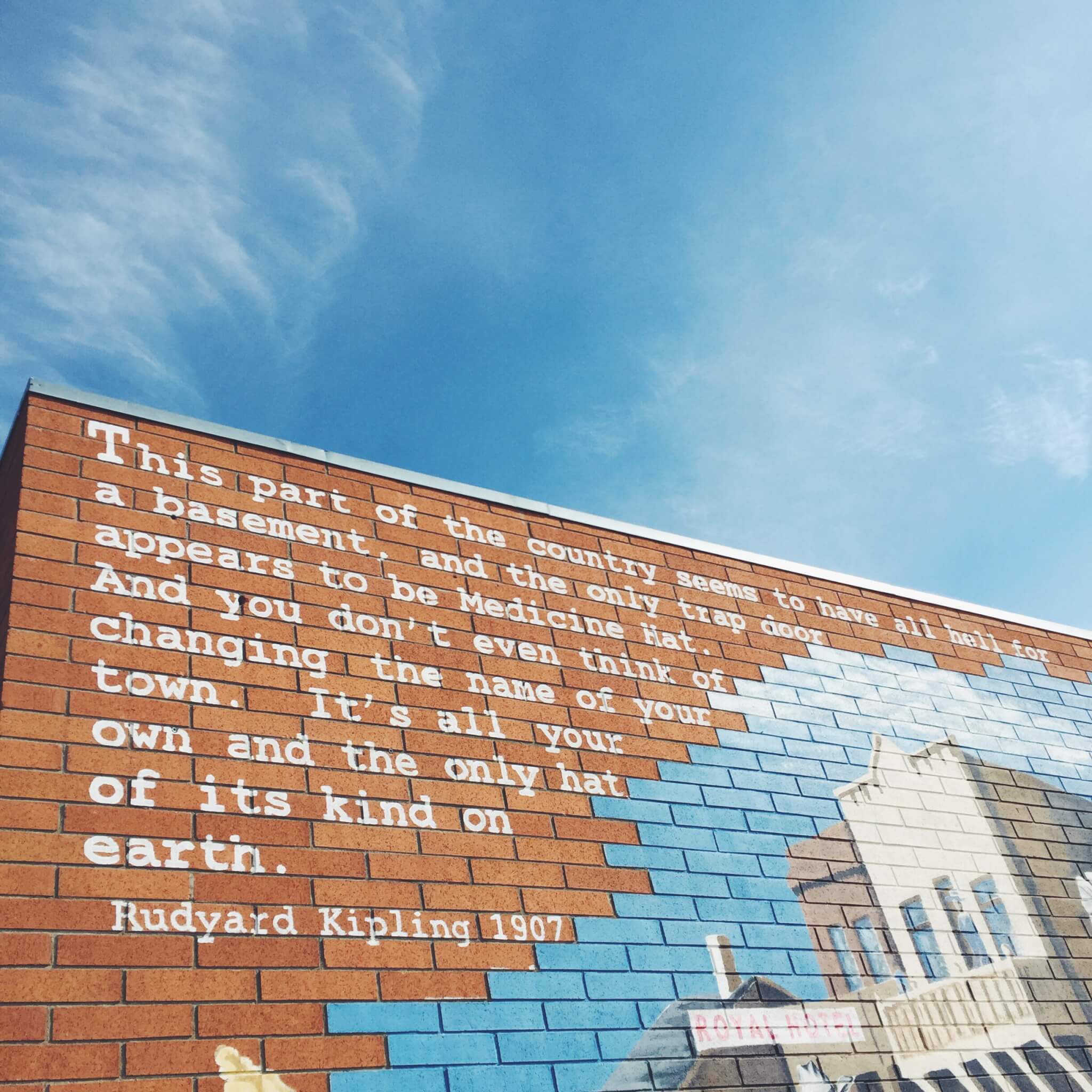 Medicine Hat: The only hat of its kind on Earth 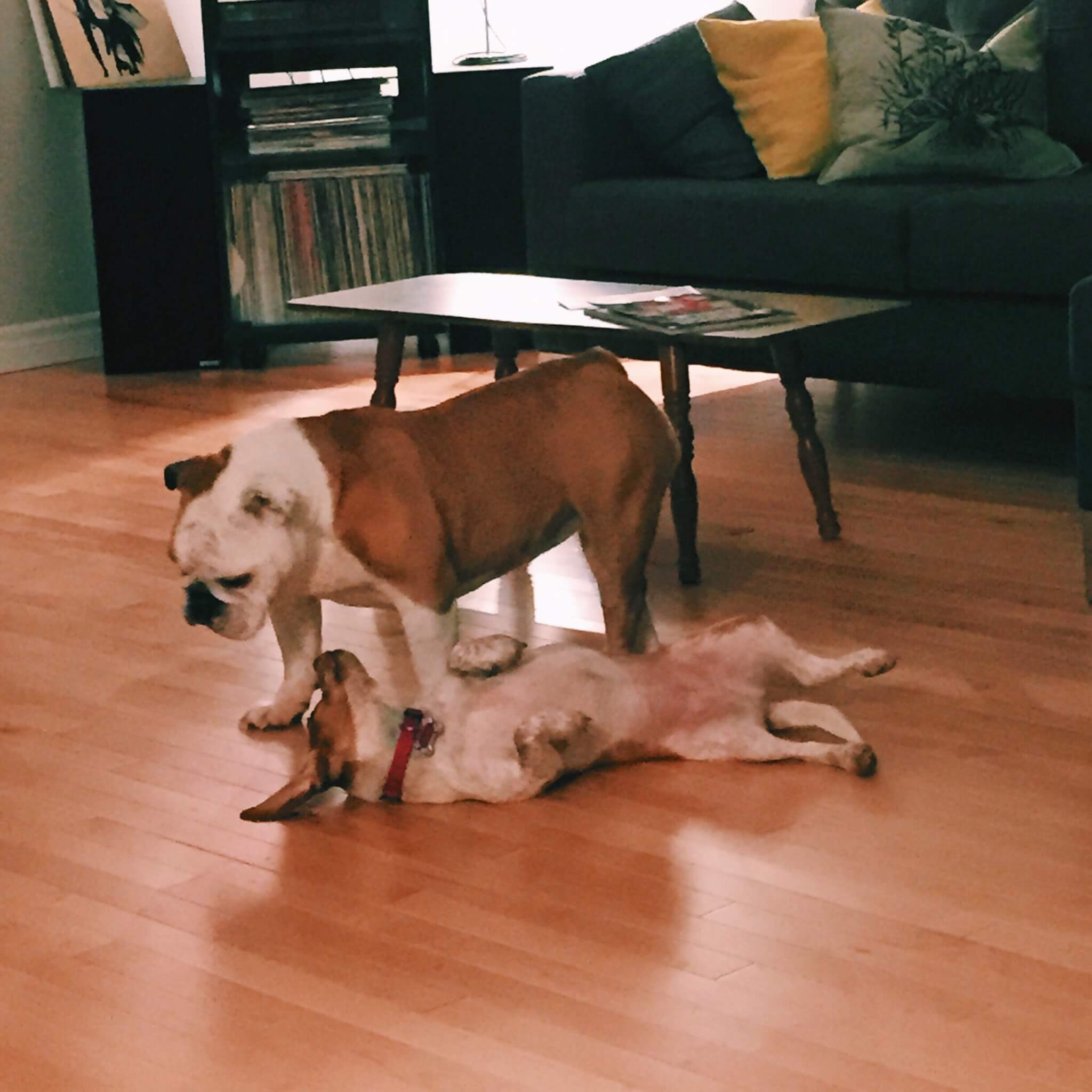 New friends: The Bulldog & The Beagle

Thanks for the fun weekend in Medicine Hat Jack & Nicole! 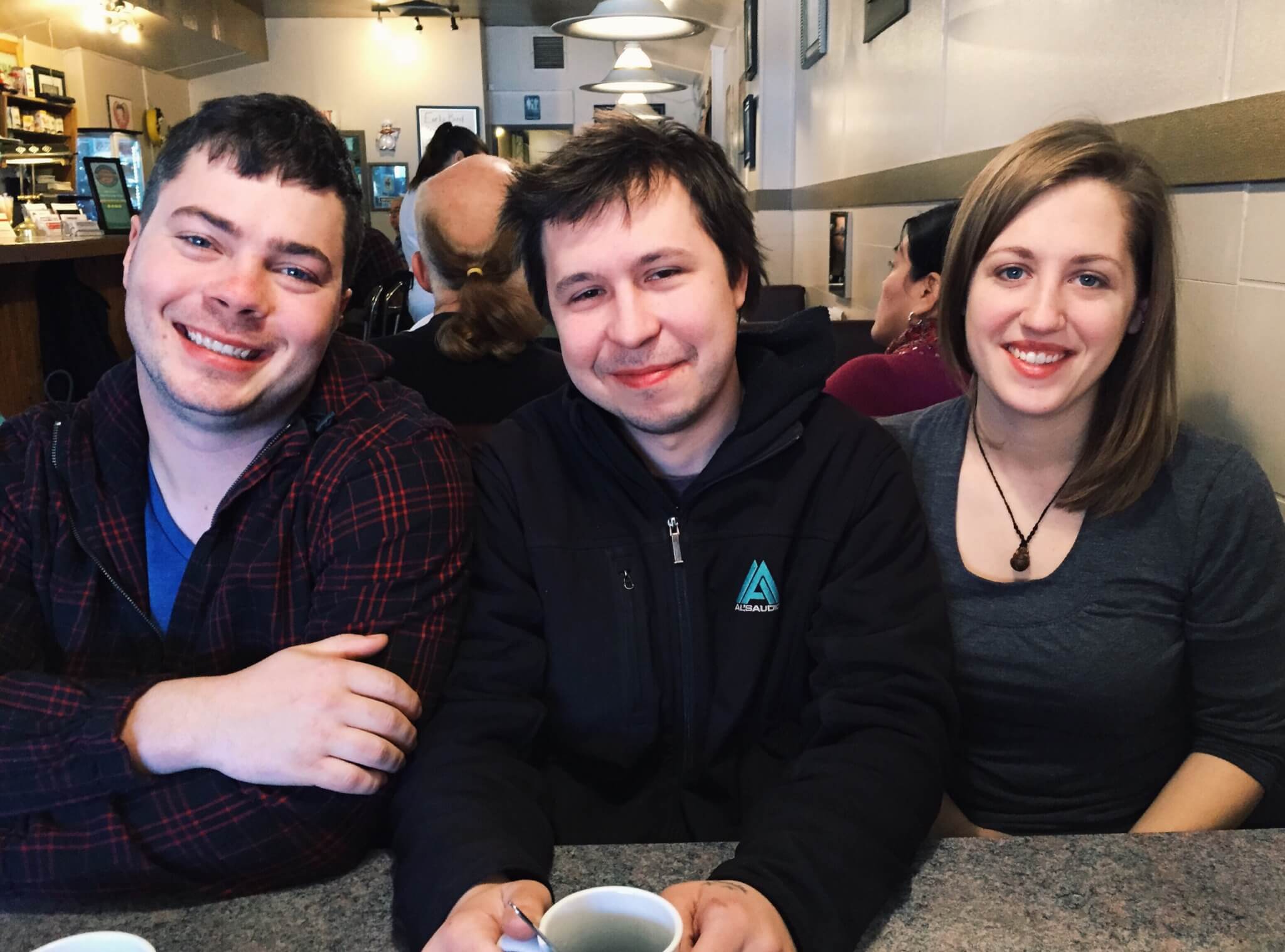 So, have you been to Medicine Hat?

What would you recommend visitors do? See? Eat?

Linda Hoang is a Canadian blogger based in Edmonton, Alberta, who writes about travel, food, lifestyle and pet topics. She's also a seasoned social media/digital strategist with a journalism background, the founder of the Edmonton International Cat Festival and co-founder of Stop Race Based Hate, an online anti-racism education tool. Linda loves exploring the world with her partner Mike, eating their way through cities, supporting local businesses, and photographing Instagrammable Walls. Linda is a fur-mom to two cats and two dogs.
PrevPreviousSocial Media Notes: Live from the Ragan PR & Communications Social Media Conference! (#RaganDisney)
NextSocial Media Notes (#59) – Links for the Week of February 23 – March 1Next