One of my favourite escape room companies in Edmonton is Escape City on the south side (5916 104 Street). Mike and I have tried all of their rooms and rank them as some of the best in the city.

That’s why we were excited to hear they had launched a new room this fall and even more thrilled to be invited to give it a try!

Escape City’s new room is called Quarterback Sneak and it has a pretty cool backstory.

This room was actually developed in partnership with Edmonton Tourism!

Escape City has a Saskatoon location, so Edmonton Tourism initially approached Escape City to see if they could come up with an “Explore Edmonton”-themed escape room that would promote our city to escapees in Saskatoon.

The room opened in Saskatoon in July and was so well received that they decided to bring it to Edmonton too! 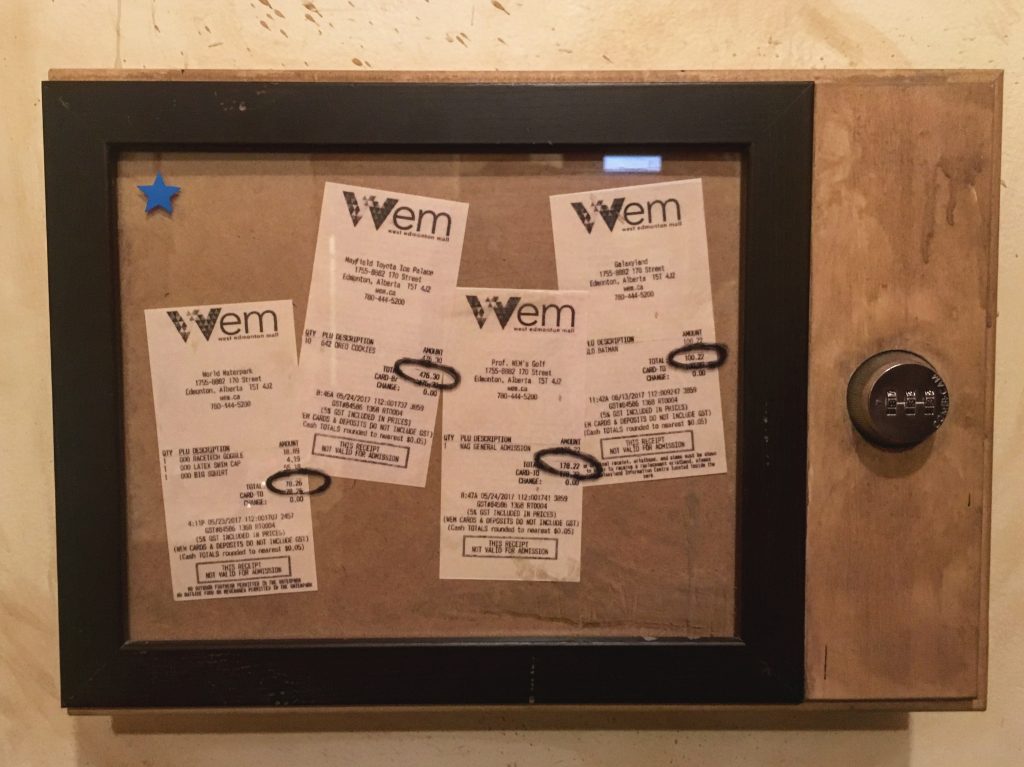 In Quarterback Sneak, it’s Game Day. The Edmonton Eskimos and Saskatchewan Roughriders are set to square off in the CFL Western Final and your team’s star quarterback, Arms Magee, has been kidnapped by the notorious superfan group known as the Gridiron Gang. With only an hour until kickoff, it’s up to you to save the season. Can you force a fumble and intercept Arms in time to get him back on the field?

There are four “Explore Edmonton” areas featured in the room: 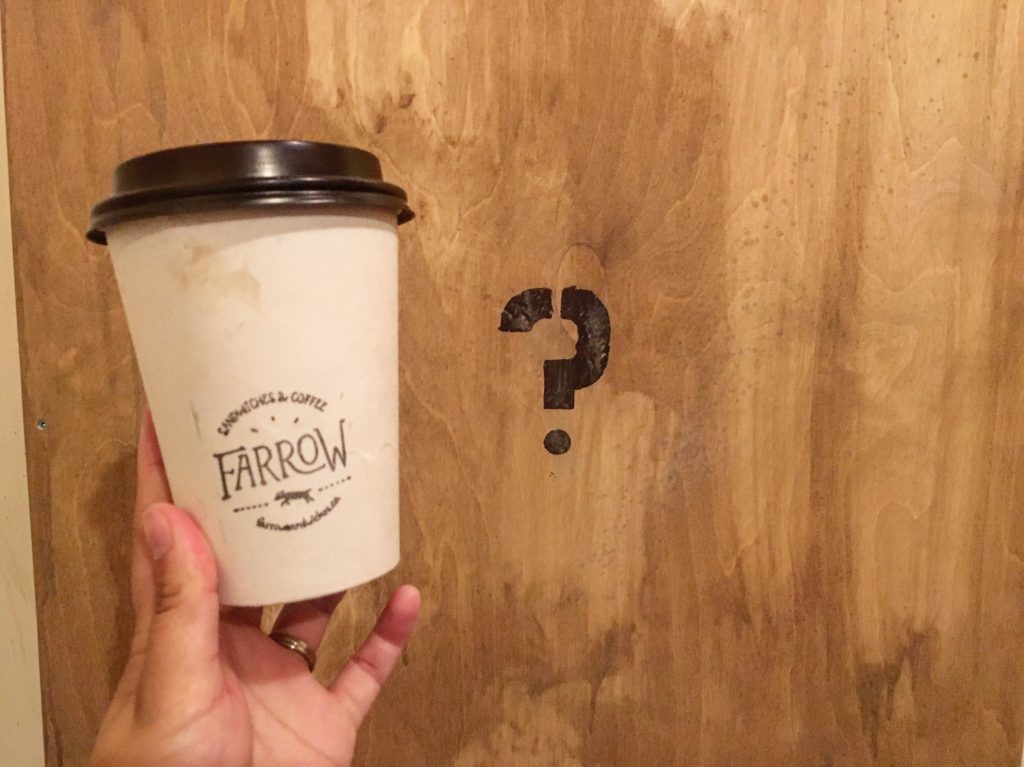 We tried this room with our friends Tyler and Lyndsay, and had such a great time.

I always love Escape City rooms but what I loved most about Quarterback Sneak, was seeing all of the familiar Edmonton landmarks, logos, and memorabilia. As a big fan of Edmonton, it was truly delightful to see local gems included in this room. 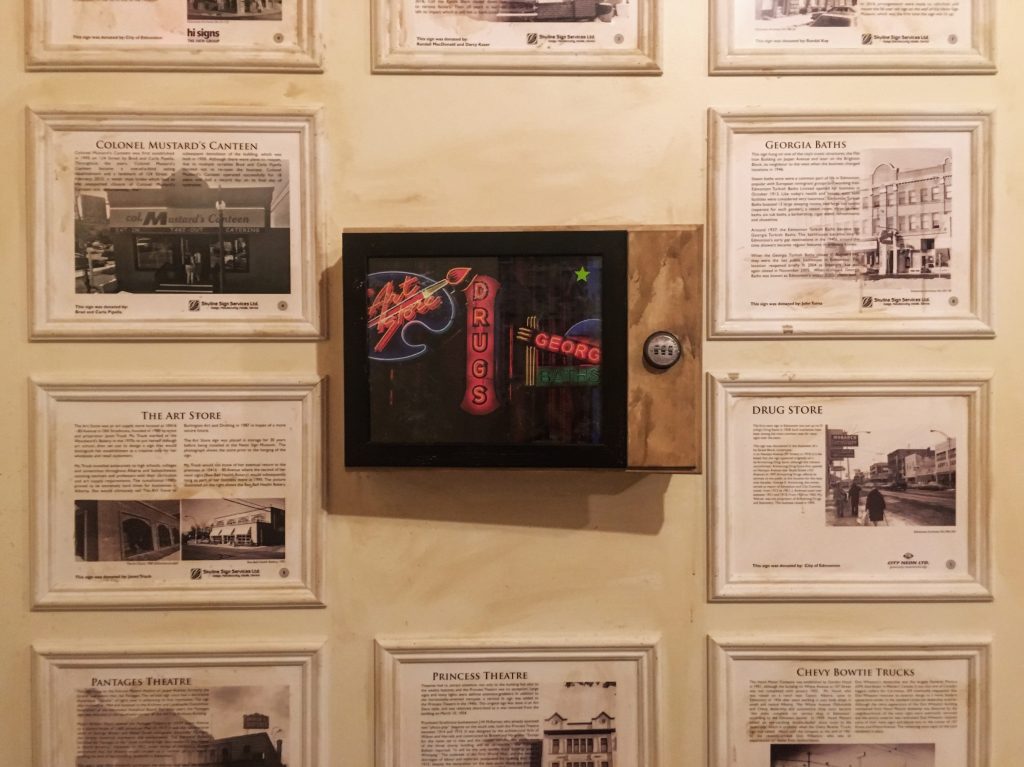 You get an hour to try and escape the room (+ 2 minutes for the start-of-room video) and two hints (though, could ask for more but if you’re feeling competitive, you should try to complete the room with less than two hints). 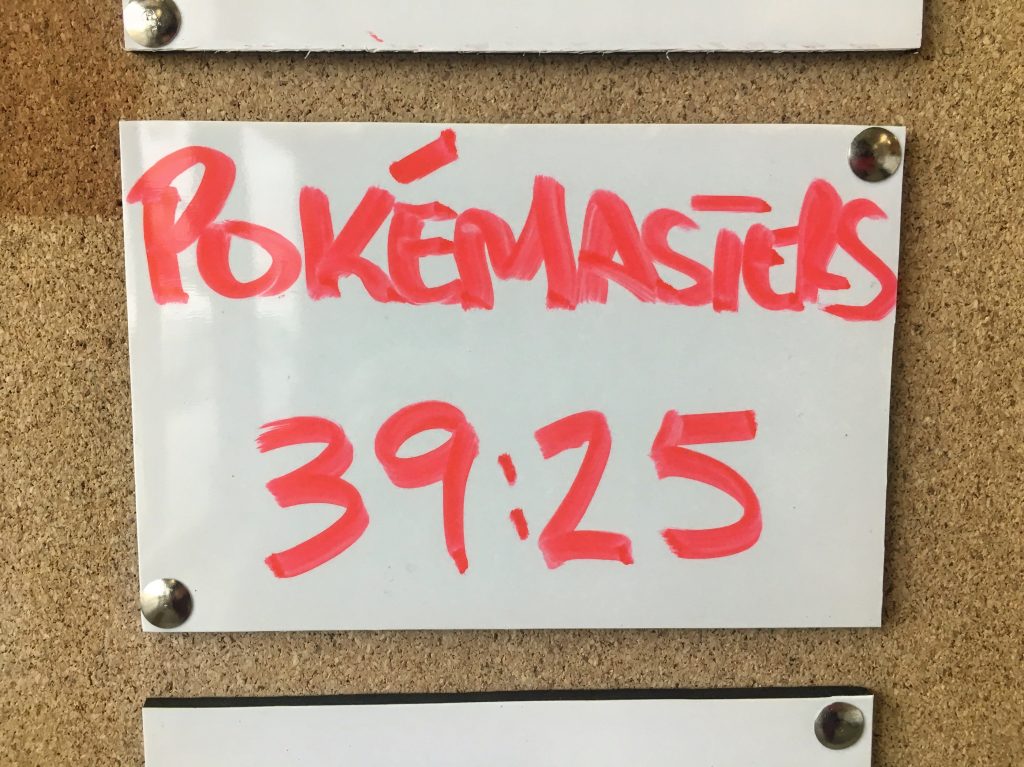 There are some pretty cool puzzles in this room, and we were able to complete Quarterback Sneak in 39 minutes and 25 seconds! Not the quickest time, but not bad (and it got us on the winners’ board!) 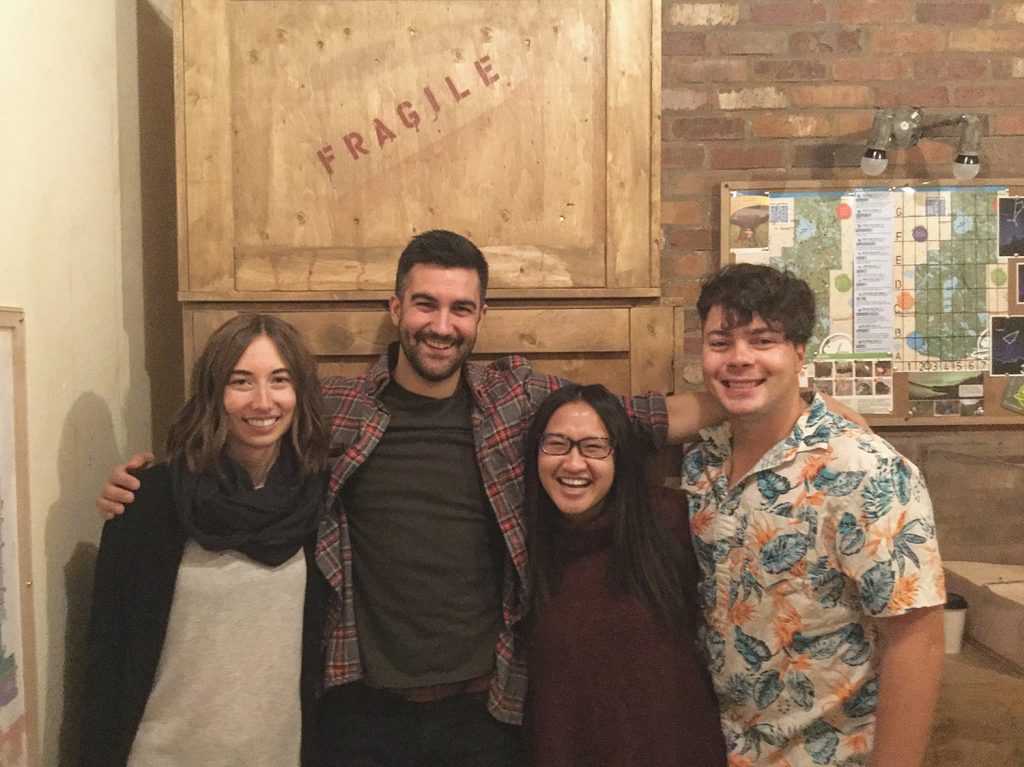 We make a pretty great team.

We loved Quarterback Sneak. It was done with the same great storyline, high quality production value, and neat puzzles that you’ll find in any of Escape City’s rooms.

Thinking about it from a Saskatoon perspective- I could see this room encouraging people there to want to check out what our great city has to offer!

And I think it’s really cool that Edmonton Tourism wanted to do this escape room partnership. We have a pretty great Tourism Board here, and the room totally got me excited about exploring Edmonton (even as a lifelong resident).

Date Idea: Try Quarterback Sneak, followed by a visit to one or all of the different areas featured in the room!

Enter to win a free game of the Quarterback Sneak for up to 6 people at Escape City!

Receive 1 entry per method below:

I’ll pick a random winner out of all entries received by October 20, 2017.

Good luck and thanks to Escape City for inviting me to try their room and helping me arrange this giveaway!

Disclaimer: I will always provide my 100% honest opinion on this blog. Escape City invited me to try Quarterback Sneak (for free). This does not impact the opinions stated in this post. I am a big fan of escape rooms (especially Escape City’s!)

Linda Hoang is a Canadian blogger based in Edmonton, Alberta, who writes about travel, food, lifestyle and pet topics. She's also a seasoned social media/digital strategist with a journalism background, the founder of the Edmonton International Cat Festival and co-founder of Stop Race Based Hate, an online anti-racism education tool. Linda loves exploring the world with her partner Mike, eating their way through cities, supporting local businesses, and photographing Instagrammable Walls. Linda is a fur-mom to two cats and two dogs.
PrevPreviousExplore Edmonton: Guide to 2017 Halloween Events
NextReview: An Chay (Vietnamese Vegetarian)Next