I got to check out the new location at their soft open this weekend. If you’ve never dined in this Brazilian steakhouse style, you must try it! If you have – here’s a great excuse to do it again. ;) 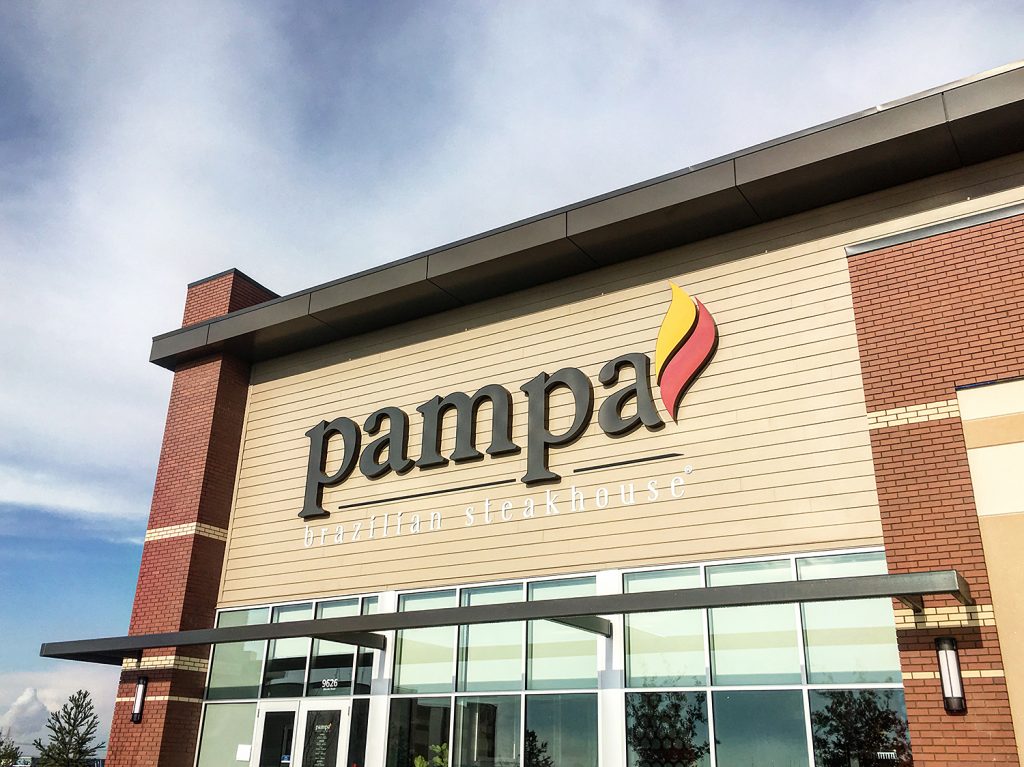 Red or green discs you flip at your table indicate to servers whether they should come to you with 15 different cuts of meat served on giant skewers right at your table. (Green means go!!! Once it’s set green you’re in for a parade of meat). 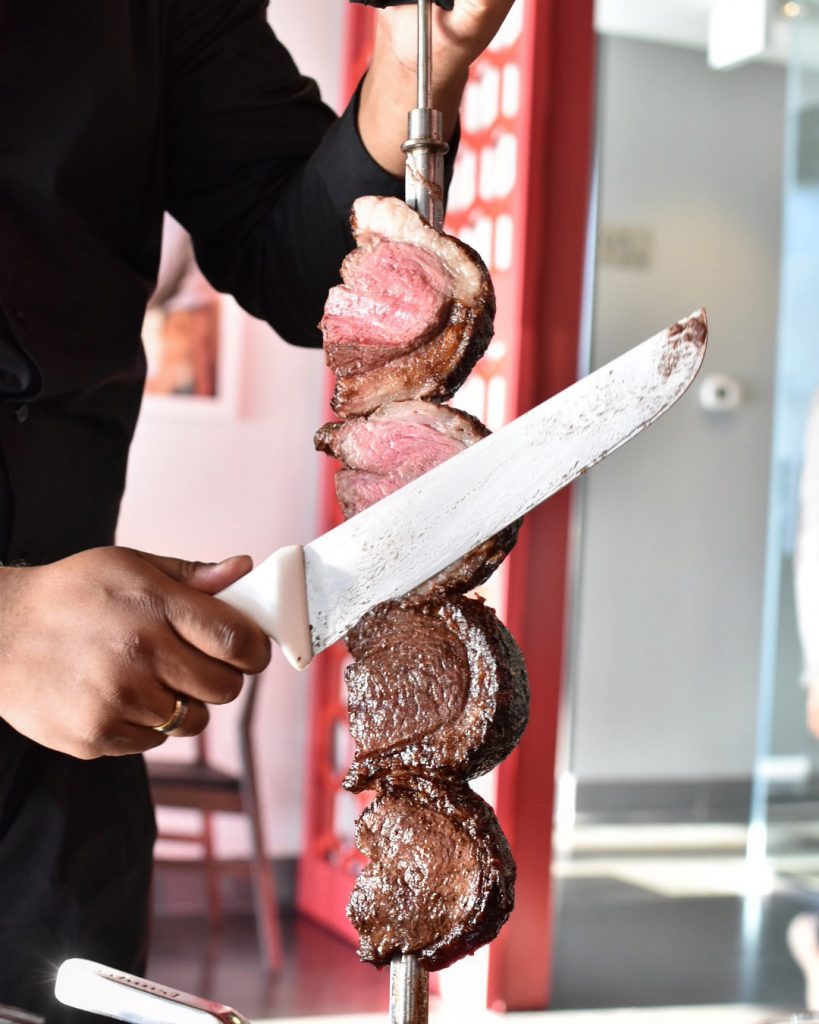 Such a fan of that beef rumpsteak at Pampa. 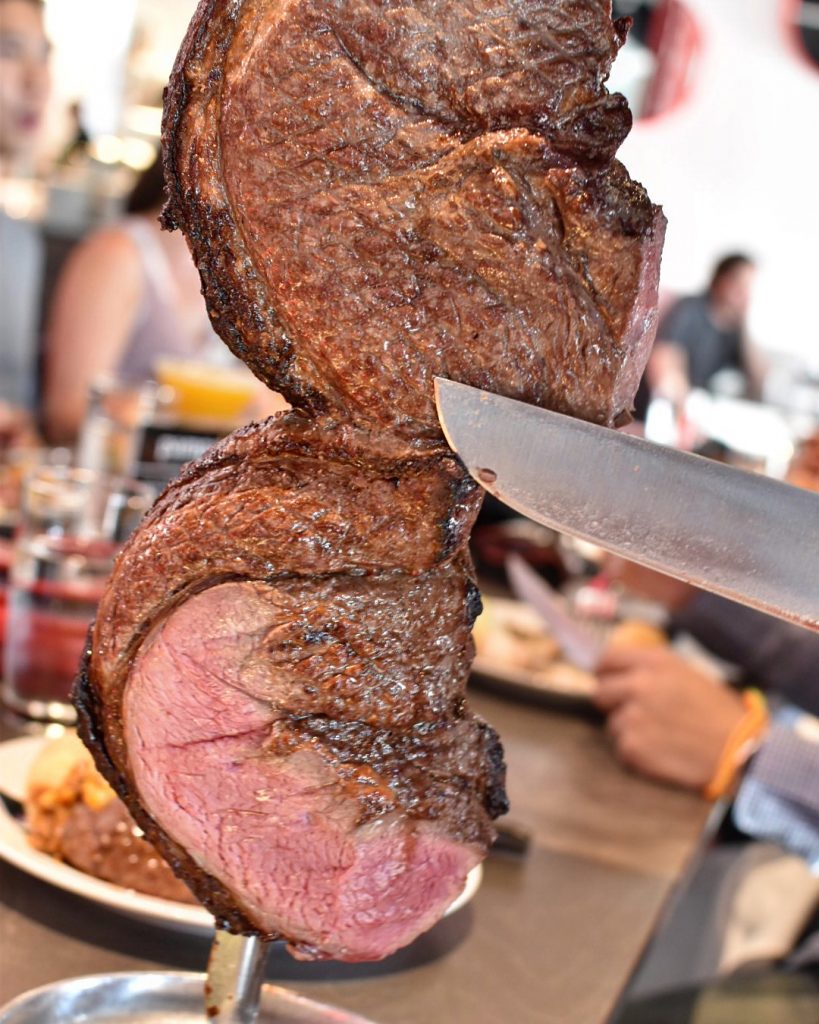 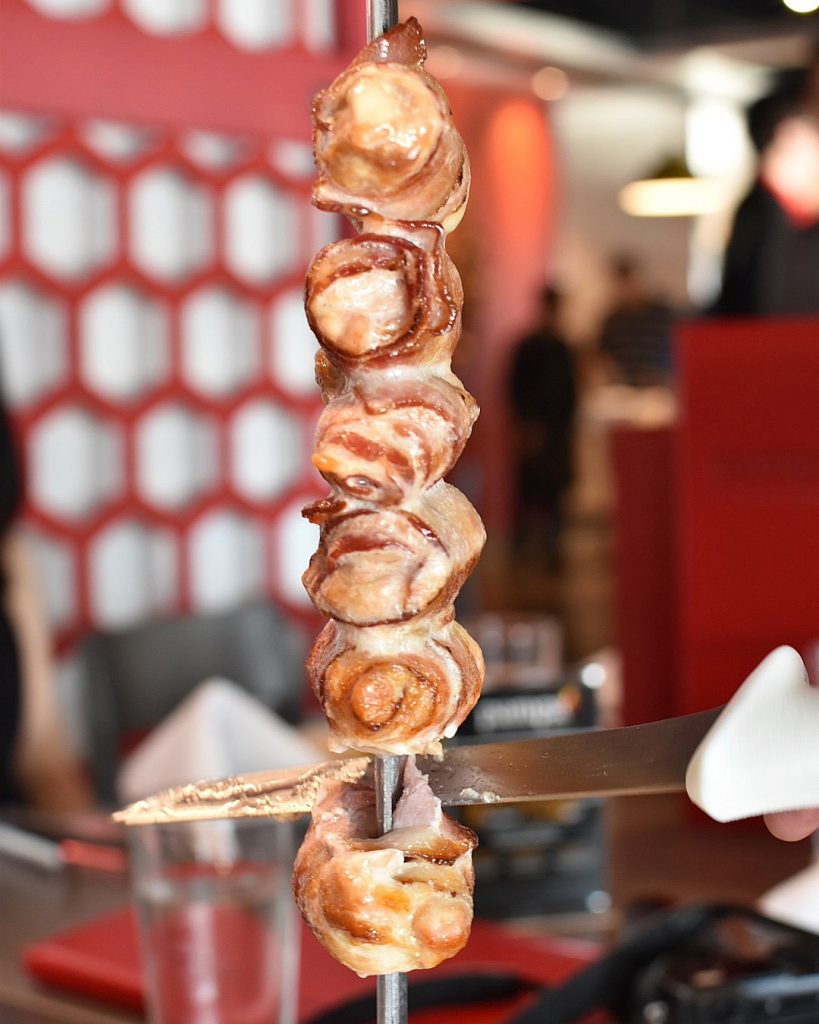 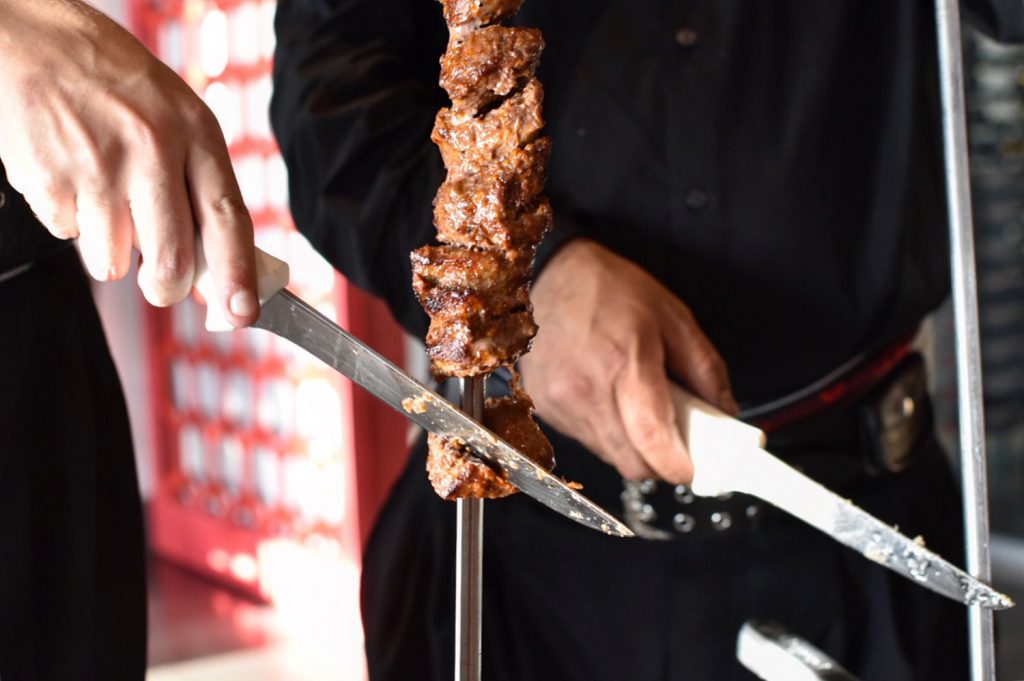 ‘Green’ will get you a parade of servers wanting to give you delicious meats. 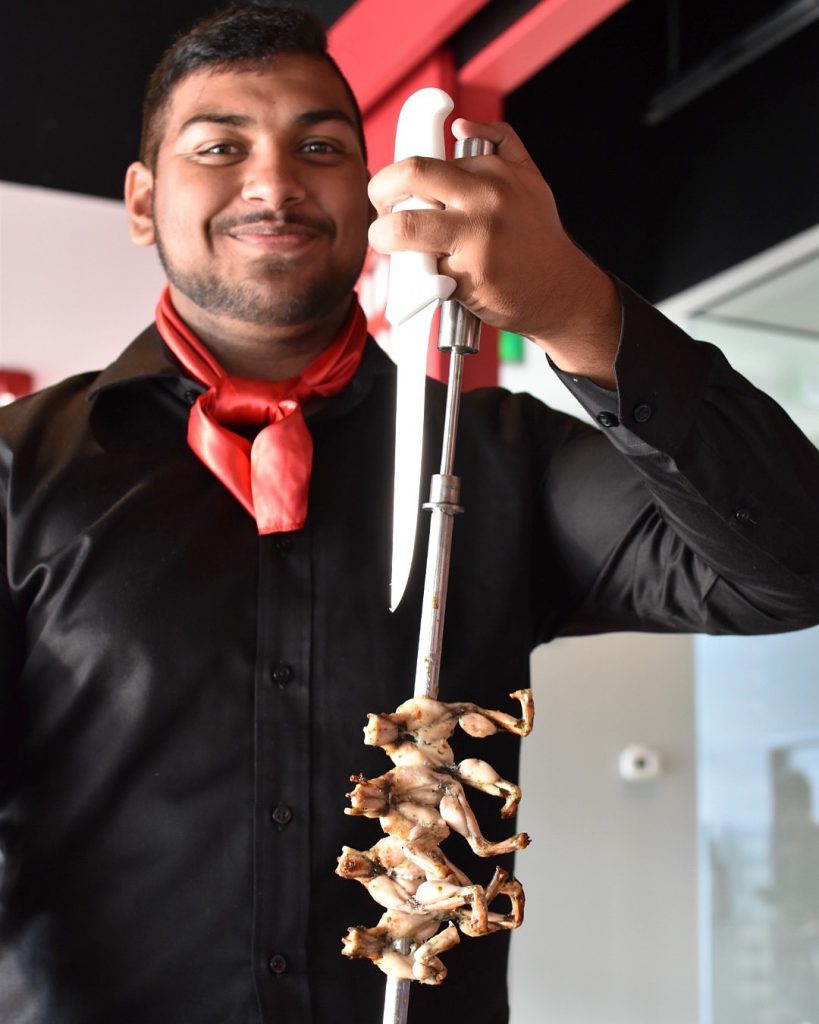 I always get rice and coconut milk mashed potatoes to complement my meats, along with select salad bar items. At Pampa, you’ve got 50 salad bar items to choose from but remember you’re there for the meat not the salad! (Except, it’s good to know that you can also just be specifically there for the salad bar – it’s a reduced all you can eat price so meat lovers and vegetarians alike can enjoy this space together). 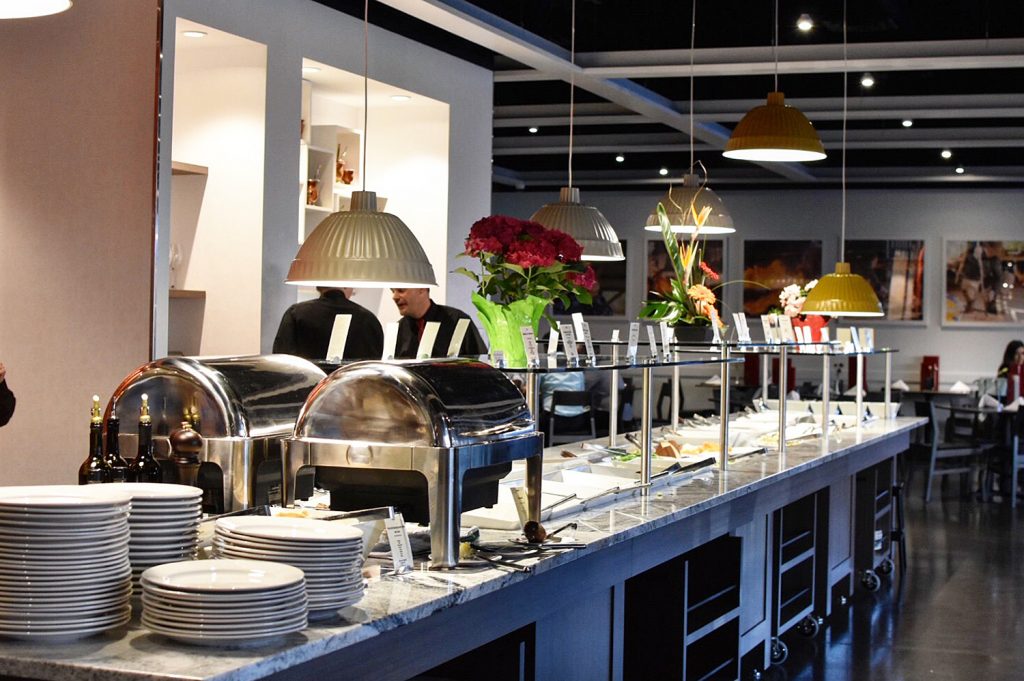 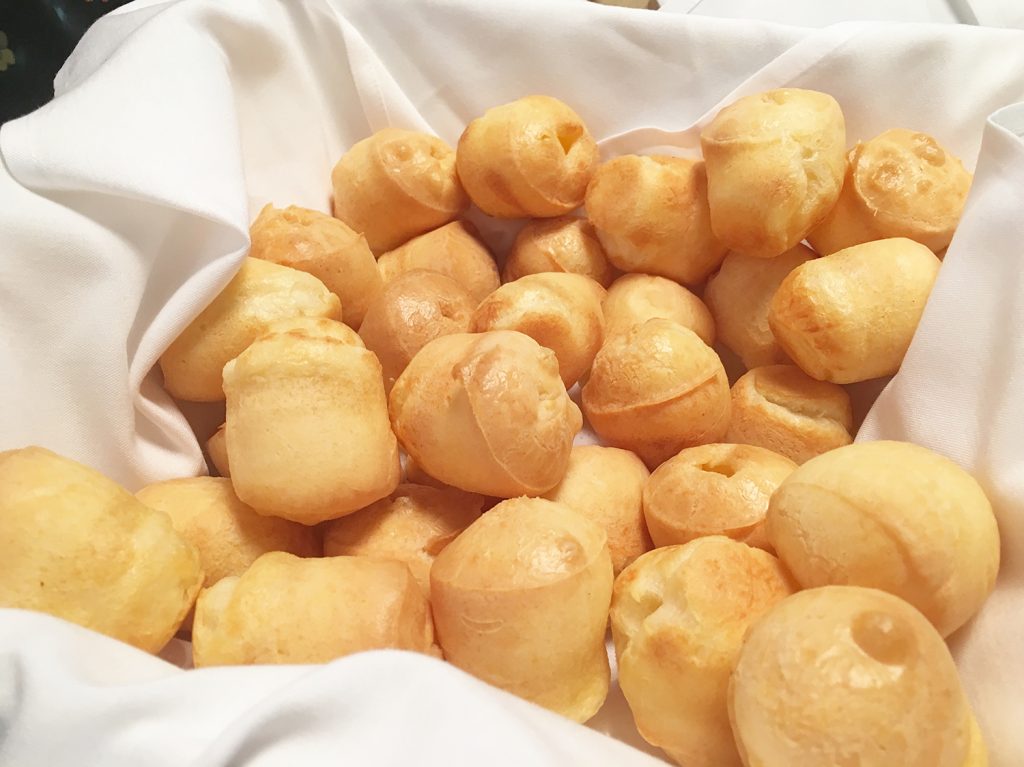 And you CANNOT forget to load up on the amazing Brazilian cheese balls (pao de queijo!) which are always a table favourite (before you realize, you’ve eaten 10 of them lol).  Don’t forget to check out Pampa’s nightly specials too – additional meat and seafood options offered at no extra charge! 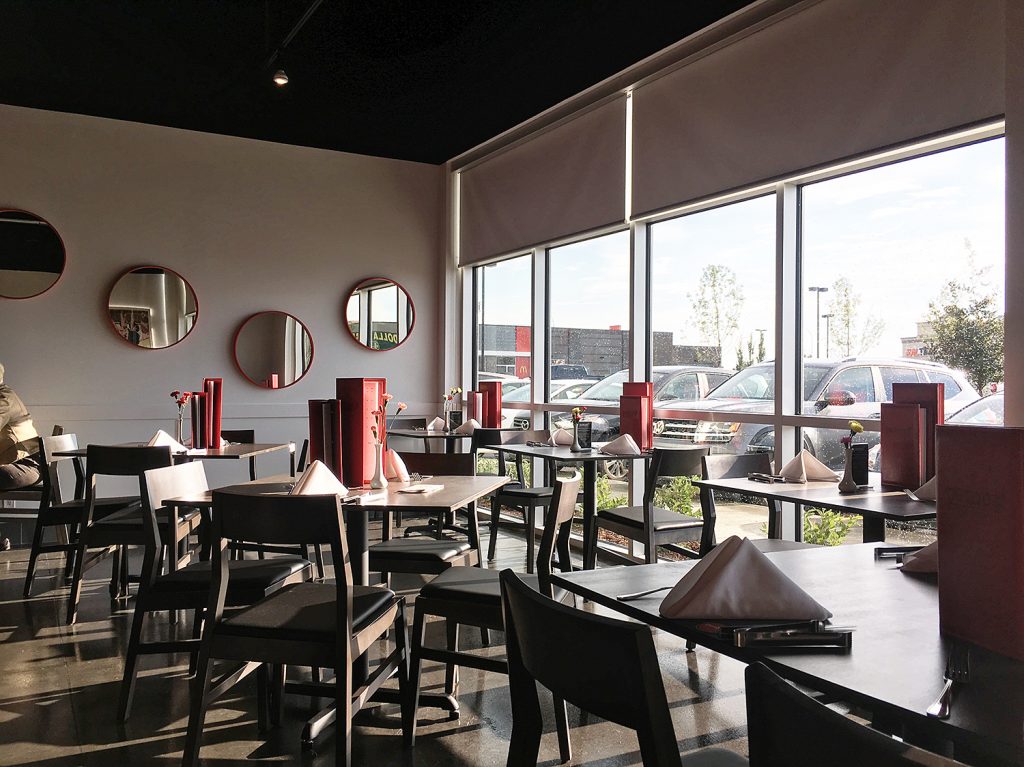 A beautiful space at the new Ellerslie Pampa!

Pampa’s new Ellerslie space also has four great- looking private rooms (or two very large private rooms – there’s a divider that can come down to split the rooms into 4). These rooms don’t include an additional charge to rent which is fantastic! I often get asked recommendations on where to rent private rooms in Edmonton and this is shooting right up on my list of recommendations. 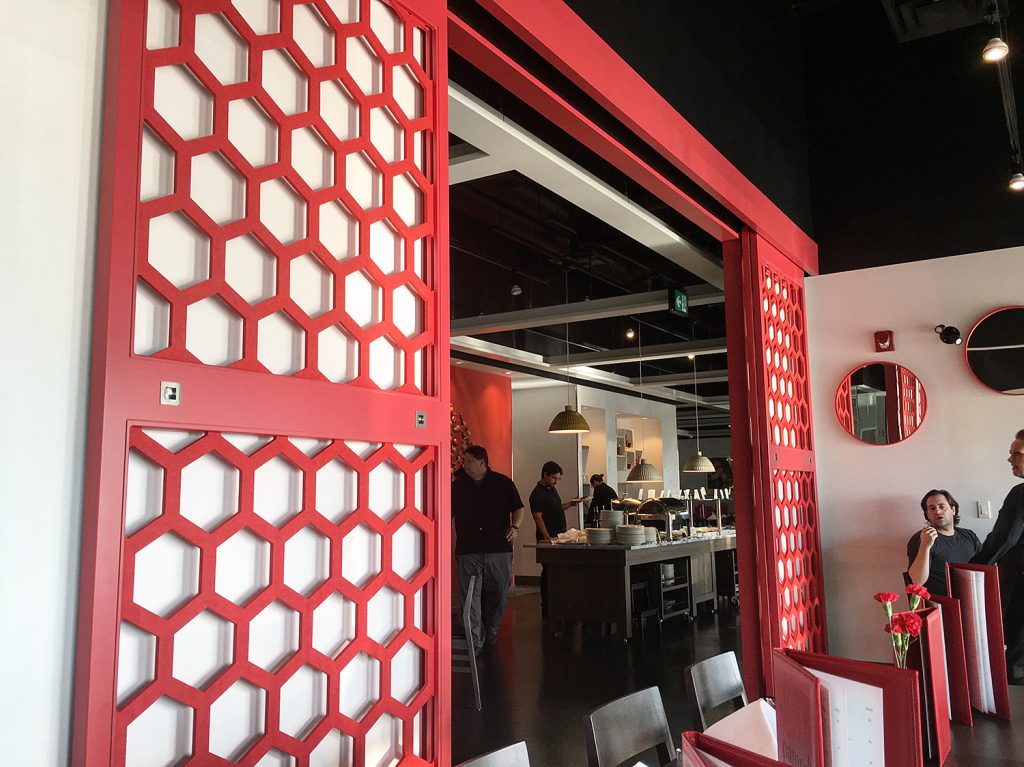 Love the look of Pampa Ellerslie!

The new Ellerslie location is also way brighter (makes for great photos of my meal!!) I also love the bright red throughout the rooms (including giant red barn doors) and a really nice personal touch- throughout the rooms are large framed photos of owner Oscar Lopez and Chef Joao Dachery learning the authentic, Brazilian barbecue ways during their trips to Brazil.

We had stellar service on the soft opening (ask to be seated in Michelle Cox’s area when you go!) and our whole group left feeling extremely full and totally satisfied. 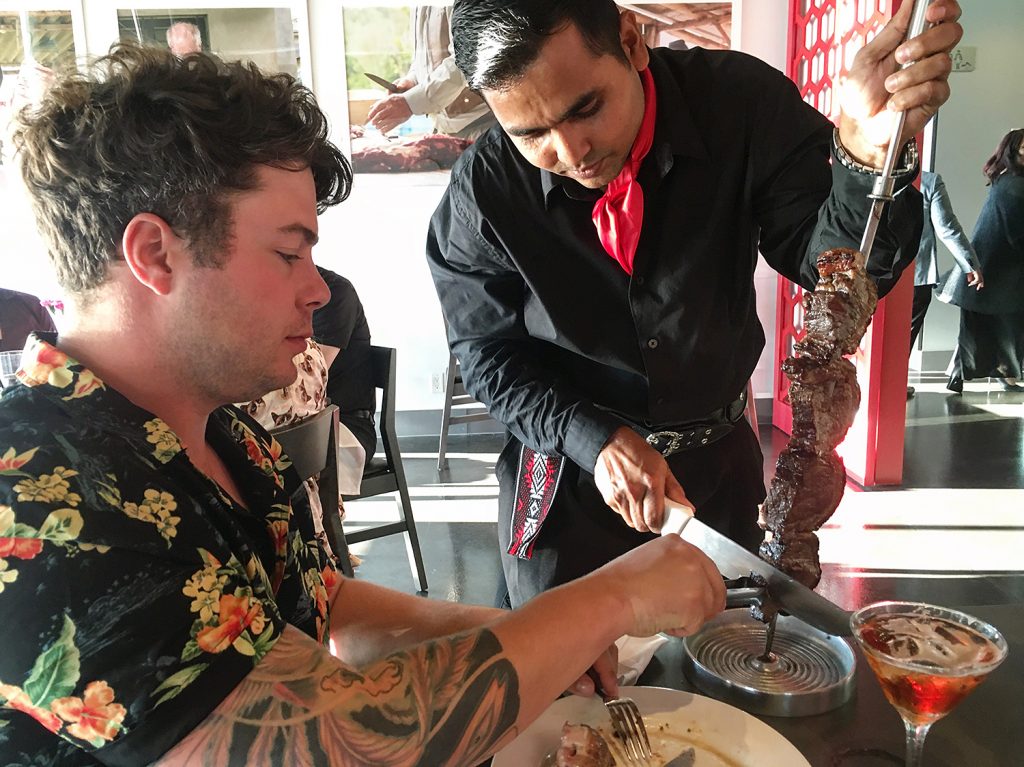 Congratulations to Oscar, Joao the entire Pampa team on this exciting and delicious expansion! It’s nice to see that area of Edmonton continue to get some great dining options (the tasty Workshop Eatery is also around there!)

So have you been to Pampa before? Tried Brazilian rodizio before? What’dya think!

Disclaimer: I will always provide my 100% honest opinion on this blog. I was invited to the soft opening of Pampa’s new Ellerslie location to preview the restaurant. My meal was complimentary. This does not impact the opinions stated in this post.