I recently got a chance to speak with Victoria Lennox of Startup Canada about the new Startup Canada Communities initiative for my Edmonton Sun Social Media Column. The column mainly focused on Startup Edmonton and its success, but Lennox had so many great things to say about startups/entrepreneurs in general that I thought it’d make a nice web extra to post the full raw, transcription of the interview on this web space! 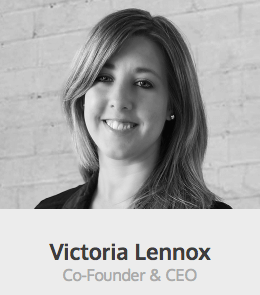 What is Startup Canada Communities?

Last year when Startup Canada was on tour we met with about 20,000 Canadians across Canada and one of the key findings from our national tour was really the value of having a vibrant, supportive community to really help entrepreneurs succeed and when entrepreneurs were kind of reflecting on what were the keys to their growth and success, they really attributed it to having great community support, great mentors, great resources around them.

All of our Startup Communities are entrepreneur-led, they run grassroots events, they work with the top-down stakeholders, government support providers to ensure that the support that’s being provided in the community actually aligns with what the entrepreneurs want at the end of the day.

Each community has its own website – StartupOttawa.ca or StartupLethbridge.ca and on this website entrepreneurs can go onto the website, find events, find other startups in their community, find the support they can tap into.

The vision for this pilot program is to really create that single door way for entrepreneurs to enter into their Startup Community and get support quickly so they can meet with other startups, meet with support providers and just get on with it to make the process a lot easier.

What’s great about being able to connect it up nationally is that some communities are certainly farther ahead than others so there’s a lot of learning we can do from community to community and we can leverage best practices, share experiences and where things have been successful we can point to those things and help to develop a case to some of the leaders in our communities, like mayors, members of parliament and others to help to create those conditions that are necessary for success.

Startup Communities is to create vibrant communities at a grass roots level and connect itu p natioanlly so we can harness the leearnings of each of hte communiteis and hopefully accelerate the growth of our startups faster than we would otherwise.

Why do you want Canada to be a Startup nation?

High growth companies in Canada create the net job growth in Canada. As we cultivate our resource sector and look at traditional industries it’s really important that we have a strong, entreprenurial base to whether the storm.

When a manufacturing plant goes out of business, that can kill a community but if a community has a vibrant, entreprenurial culture with small businesses and coffee shops and app firms and really diversified economic base, it really is the startups in the communities that really whether the financial and economic storm.

When we were on tour last year we visited not just Toronto, Montreal, Waterloo and Vancouver which are clearly entreprenurial hotspots, but we visited Bather, Medicine Hat, communities that are experiencing tremendous exodus of their young people and a decline of their industry sectors and they see entrepreneurship as a way in which to rebuild their communities and reignite this sense of belonging within their communities.

Entrepreneurship and having more startups and especially more successful startups is absolutely critical to keep our communities healthy as well as to increase the number of jobs in Canada and to really make it competitive as a nation.

The fact of the matter is the global supply chain is shifting and we need to be entreprenurial as a nation if we’re going to keep up and compete globally. No other country is waiting and every other country is developing their entreprenurial infrastructure to support more startups and successful startups and Canada has demonstrated that it wants to be in the game too.

If Canada is going to really position itself for success in the 21st century, one of the key principles of our economic development has to be increasing our entreprenurial base.

Just as we invest in roads and we invest in pipelines and electricity, haivng an entreprenurial infrastructure to kind of feed that eco-system is really, really important to make sure that there’s a clear pathway for success for our startups.

I think we’re still at the infancy of this ecosystem and I think this pilot project with startup communities is the first step to beginning to bringing it all together and make it make sense for entrepreneurs.

Startup Edmonton has been fantastic. They’ve been mentoring the 15 community leaders. It’s very likely that we’ll be sending a delegation from across Canada to Edmonton to see in real life what’s going on. It’s really inspiring, the space, the programming, the ecosystem, that Ken and his team have been developing so they’re very much involved.

Startup Calgary is a pilot community because they’re still also very much at their infancy. It’s a grassroots collective of entrepreneurs. They just aligned with a local incubator, a local co-working space, which is really exciting but they still have a long way to go.

Not to say that Startup Edmonton is perfect it’s not Boulder, Colorado but I think out of all of the grassroots startup communities in Canada aside from the major centres, it’s the one that we can look to to really become inspired as to what might be possible in a smaller community.

How important is social media/social networking & online tools to Startups and entrepreneurs?

Social media and the Internet and the platforms and channels available to us, that’s whats enabling all of us this to happen. All of the leaders are connected with a private Facebook group, we connect via Skype for our meetings, we tweet each other and we have a hashtag to communicate with each other.

Without access to social media and Internet, it becomes very difficult with a country this big to be able to connect things up you certainly can’t travel to Smithers, B.C., but one of the barriers that we’ve confronted with Smithers is they have really poor Internet access to their level of being able to connect and communicate and really benefit from something like this is not as strong as in Calgary. We’ve had a number of communities on reserves and off reserves come and say they want to be part of this but it’s important that if we’re going to do this we need to make sure Internet access becomes a right in Canada where everybody has it so we can communicate and level the playing field.

Once it just becomes a part of the culture and it’s expected, that’s exactly what you want because you don’t notice it anymore because it’s all around you.

Thanks for the conversation Victoria! I hope Canada does become an entrepreneurial nation.