Social Media Spotlight: ‘This is the biggest idea since the Internet’: Edmonton bitcoin user says of digital currency 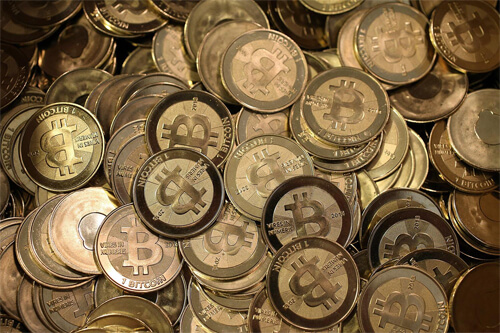 ‘This is the biggest idea since the Internet’: local bitcoin user says of digital currency

Peter Dushenski has always considered himself a bit ahead of the curve.

He was an early adopter of Macs, getting into them at a time when “everybody used to make fun of Mac users.”

“Now you’d be hard-pressed to find a PC laptop on campus,” he says.

The 27-year-old technology enthusiast and entrepreneur believes a similar scenario will play out for his latest tech obsession: bitcoins.

Bitcoins are a digital currency and online payment network that is rapidly growing in popularity.

“I personally feel this is the biggest idea since the Internet itself,” he says.

Since then he’s launched a company called Bitconomy Ltd. that educates and helps people and businesses understand and incorporate bitcoin into their day-to-day lives and work. He’s also the founder of the Bitcoin Edmonton Meet Up (BEMU) group, a network of local bitcoin users who come together every three weeks to share ideas and raise awareness about the global online currency. 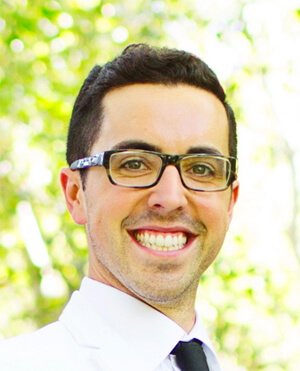 The confusing currency has been making recent headlines, as more companies around the world start to accept bitcoin. The world’s first bitcoin ATM machine was recently opened in Vancouver. A University in Europe is now accepting bitcoin as tuition payment and bitcoins can also be used to pay for a space flight on Virgin Galactic.

I say bitcoin is confusing because the concept – and its implications – can’t be understood in one go.

It’s not easy but it’s not supposed to be.

“I have a good background in economics and technology and it still took me a really long time (to understand bitcoin),” Dushenski says. “That speaks to how important it is. If you could understand it, and could appreciate the implications right away, I don’t think it would be as important as it is.”

What it is and how it works

Bitcoins are being accepted in more brick-and-mortar stores. In Edmonton there are three known companies accepting bitcoins.

Locally, Dushenski helped set up Remedy Cafe to accept bitcoins in the summer. Remedy is believed to be the first physical store accepting bitcoin in Alberta.

Since then, an Edmonton-based camping and survival gear business has started accepting bitcoins, as well as the Somatics Institute School of Massage. There are still very few companies accepting the currency but more and more are starting to get on board. Dushenski says businesses who move towards accepting the virtual currency have a lot to gain.

“You can’t put a price on the amount of free advertising that is up for grabs if you say you’re accepting bitcoin. Just saying you accept it increases awareness and positions your company as a forward-looking business.”

“It transfers as quickly as an e-mail and for essentially no cost,” he says.

There’s been a fair share of controversy surrounding bitcoin, along with a lot of scepticism.

The currency’s value is growing exponentially and that’s got a lot of eyebrows raised.

“A lot of people think this is a bubble and that it’s a very unsustainable rate of growth, when really what we’re seeing is an entirely new asset class going viral,” Dushenski says.

He compares it to a kitten video going viral. One week a video may have a handful of views, but by the next week it could have amassed more than 100,000. Does the bubble pop after the video goes viral? No.

There’s also a challenge of responsibility.

Becoming a bitcoin user means you must also act as your own bank, and be secure with how you store your bitcoin.

“I don’t think a lot of people are yet ready for that responsibility,” Dushenski says.

“If you forget your password, your money is gone. If you lose your flash drive or hard drive, and you don’t have it backed up elsewhere, tough luck. Bitcoin demands we are a responsible adult.”

You can expect to hear more stories of bitcoin users’ money being hacked, lost, stolen or forgotten, but don’t expect its popularity to slow down or the ‘bubble’ to pop any time soon.

The currency is becoming more widely accepted and for as long as there are users who believe bitcoin is valuable, and will buy and sell using the currency, then it will remain valuable and continue to grow.

Dushenski is at the forefront of bitcoin’s growth here in Edmonton.

He’s passionate and has made it his mission to raise awareness about the benefits of bitcoin.

“I believe this is an idea worth sharing,” Dushenski says. “I see huge value in this.”

Eventually everyone will be using bitcoin – similar to your Mac and PC story from earlier? I say.

“I can totally see that kind of thing happening,” he says.

Linda Hoang is a Canadian blogger based in Edmonton, Alberta, who writes about travel, food, lifestyle and pet topics. She's also a seasoned social media/digital strategist with a journalism background, the founder of the Edmonton International Cat Festival and co-founder of Stop Race Based Hate, an online anti-racism education tool. Linda loves exploring the world with her partner Mike, eating their way through cities, supporting local businesses, and photographing Instagrammable Walls. Linda is a fur-mom to two cats and two dogs.
PrevPreviousSocial Media Notes (#7) – Links for the Week of Nov. 25 – Dec. 1
NextRecap: Fairmont Hotel MacDonald’s Festive Delight!Next