Ben Block likes to help people. He’s volunteered for different organizations over the years, including doing big volunteer jobs like an overseas Habitat for Humanity build in Kyrgyzstan. But mostly he likes those small acts that make a big impact.

“In my life, I can think back to instances of just helping someone out that is just really small but makes you feel surprisingly good,” Block (@benjaminblock) says.

“All of us have a unique set of skills and abilities and resources and time and whatever that to us is probably not that big a deal to share with somebody but to someone who doesn’t have that, it’s huge. For the helper, you have a huge emotional pay off and for the person getting the help, it could be life-altering.”

Connecting those who need help and those who want to help, is the purpose of GozAround, a new social network founded by Block. 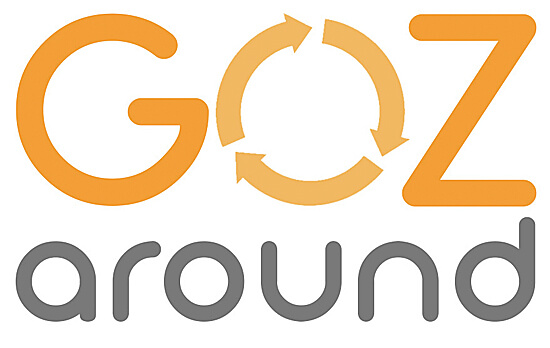 On GozAround, you have your more formal, traditional volunteer opportunities, posted by non-profit community groups, but you also have smaller, one-to-one requests for help.

“If you need help moving a couch on the weekend, or maybe you broke your foot and need someone to take your dog for a walk, that sort of thing,” Block says.

“Basically we’re just trying to make it quicker and easier for people to get involved in the community.”

Block, a 34-year-old lawyer born and raised in Edmonton, has been working on GozAround for about a year. The site officially launched in late August and about a month ago Block took a leave of absence from the law firm he’s been working with, to focus efforts on growing GozAround. 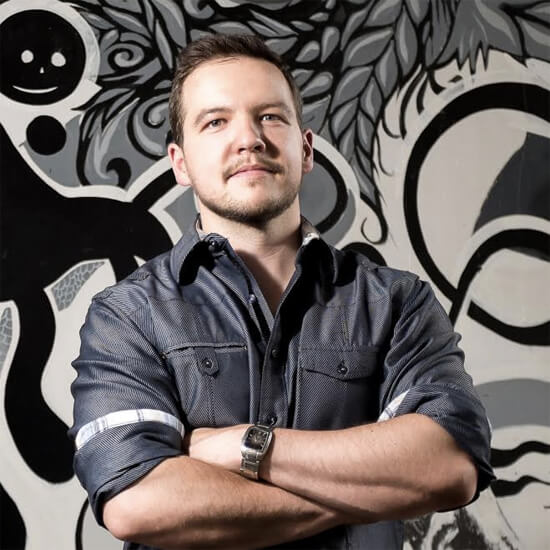 Edmontonian Ben Block is the founder of GozAround

Although as it hasn’t caught on as quickly as he’d hoped, the new network is growing.

“Every day there’s new members and new organizations coming on,” Block says. “More formal volunteer opportunities are starting to pop up and also more people coming on with those individual requests.”

In the last few weeks, Block’s seen users help a woman throw her daughter a birthday party, help with a Thanksgiving meal, and answered a call to help rake up leaves for a senior. The Salvation Army recently signed on and is seeking volunteers for their annual kettle campaign.

The volunteer opportunities vary in topics – as well as in location. Although the platform is Edmonton-based, there are users posting from across Canada and in the U.S.

There’s this idea of paying it forward – and karma – built into the site (what ‘gozaround’ comes around), and there’s also a gamification aspect too. The more you engage by volunteering, the more points you gain. The points can be redeemed for rewards. Non-profit organizations who use the site can also buy more points to give to their volunteers as a thank you – think of them as the modern-day volunteer T-shirts or gift cards. 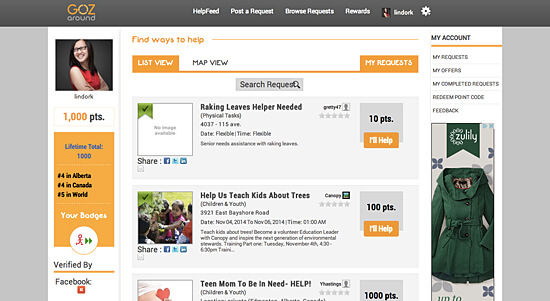 Ask for help or choose to help someone on GozAround, a social network connecting volunteers

It’s been an exciting time for Block and his wife Krista, who he credits as playing an integral role in supporting and advising Block as he’s worked on GozAround.

Block is looking forward to growing the small start-up, and thinks working the local angle will help.

“How does Facebook turn into Facebook? There’s nothing stopping us, but being a small startup, it became pretty clear to me that it’s probably better to focus my efforts here. It’s better to have a bigger user base in a smaller area,” he says.

He knows Albertans are kind and thinks a site like GozAround will just amplify that.

“Hopefully it will just be a platform for what’s already there,” Block says.

“You see it all the time (people helping people), GozAround is just going to become a connector for what people already do.”

Linda Hoang is a Canadian blogger based in Edmonton, Alberta, who writes about travel, food lifestyle and pet topics. She's also a seasoned social media/digital strategist with a journalism background. Linda loves exploring the world with her husband Mike, eating their way through cities, supporting local businesses, and photographing Instagrammable Walls. She is the founder of the Edmonton International Cat Festival and a fur-mom to two cats and two dogs.
PrevPreviousReview: Dog Birthday Party at the Doggy Style Deli
NextSocial Media Notes (#46) – Links for the Week of October 13 – 19Next