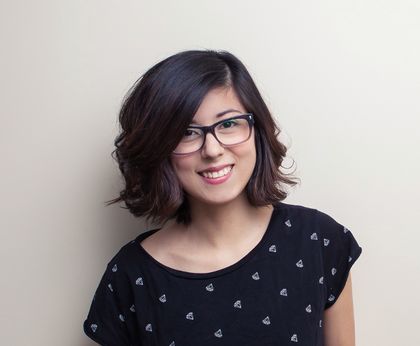 We have a YouTube star in our midst, Edmonton.

Twenty-year-old Daniela Andrade is a local musician who’s played less than 10 shows in her lifetime, yet in the last few years has amassed more than 100,000 YouTube subscribers with more than 10 million video views.

“It’s crazy,” Andrade says. “These last couple of years have been quite the adventure and it’s all because of them.”

Andrade says her YouTube page is the star social network and has found a strategy for success: consistency and covers.

“Covers are a really good way to bridge people to my original music,” she says.

“My growth has gotten better in the last couple of years because I’ve been covering more songs that people would know.”

She takes advantage of those searches but hooks viewers with her distinct style that leads them to her soothing originals.

Thousands of YouTube comments suggest the same thing: Andrade’s voice is angelic, and each video she puts up is a success.

“While listening to you Daniela I found myself trying to put into words how your voice feels,” one fan recently wrote on one of her covers.

“It’s like every other sound in the world stops and I can hear every single word and every single sound you make.”

Most of her fans live around the world, so she’s now hoping to build a local following.

Andrade is holding a show at the Yellowhead Brewery downtown on Aug. 14.

The independent artist, who released her first EP last May, is currently in the writing stages for her next album.

She hopes to be recording by Christmas and then go on tour.

Meanwhile, Andrade will continue to share her original music and covers on YouTube, and connect with her fans through social media.

“I constantly tell them they’ve changed my life and I can’t take that for granted,” Andrade says.

To get tickets to her Aug. 14 show, head to www.danielaandrade.ticketleap.com.

Follow Andrade on Twitter @danielasings, on Facebook at www.facebook.com/DanielaAndradeMusic, and be sure to subscribe to her on YouTube at www.youtube.com/danielasings for original songs that are simply soothing, and unique covers of popular tracks.   Andrade is a star and Edmontonians should embrace her and be proud that this young musician, bursting with talent and beloved by so many around the world, calls our city home.

Linda Hoang is a Canadian blogger based in Edmonton, Alberta, who writes about travel, food, lifestyle and pet topics. She's also a seasoned social media/digital strategist with a journalism background, the founder of the Edmonton International Cat Festival and co-founder of Stop Race Based Hate, an online anti-racism education tool. Linda loves exploring the world with her partner Mike, eating their way through cities, supporting local businesses, and photographing Instagrammable Walls. Linda is a fur-mom to two cats and two dogs.
PrevPreviousReview: Cafe Amore Bistro (Revisited)
NextGiveaway: Tickets to the End of the Fringe Comedy Gala!Next