Published in the September 10, 2013 issue of The Edmonton Sun. 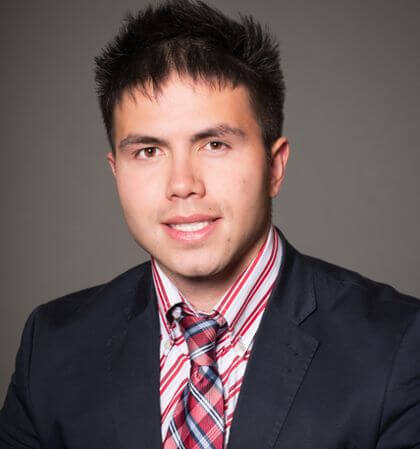 I don’t have a lawyer or particularly need one at the moment, but when I do, I know who it’ll be: Andrew Cao, otherwise known as @ThatLawyerGuy on Twitter, and the subject of this week’s social media column, and third Tweeter Profile.

In the few months he’s been tweeting, Cao has done a remarkable job putting himself out in the local community as the smart, funny Edmonton lawyer willing to offer free advice and help those in need online.

“Whether it’s me posting insights for lawyers in terms of how they should behave on their files or for interesting cases I find, or practical tips for people, I think there’s a wealth of knowledge there and a good variety for people to get a bit of perspective they may not otherwise get,” Cao says.

The University of Alberta graduate says his boss inspired him to join Twitter as a lawyer.

“This was a 65-year-old guy but he’s pretty hip,” Cao explains. “He’s like, ‘this is beyond my time to make a Twitter account now but in your generation it seems like one of the best ways that you could market and get your name out there and it could be fun.’”

And it was fun!

Cao says he tweets about food, Edmonton events and random thoughts as much as he does insights on a lawyer’s work, along with legal tips. He also tries to inject some humour in most of his tweets.

His account is something of a rarity. I’ve yet to see a local lawyer with as much of an online presence as Cao. There are your odd law firm accounts, but nothing as personal as what he’s bringing to the local Twittersphere.

“I’ve had a lot of people appreciate the fact that I’m so open,” he says. “I think people like being able to say they know a lawyer even if they haven’t met me.”

Cao’s gotten a few clients through tweeting, and has also developed a strong network of potential clients (myself included).

“I probably in practice deal with more people, give more free advice, than perhaps some of the bigger firms would appreciate their lawyers doing,” he says with a laugh.

“It takes up a lot of time but it goes back to that desire to spread the legal gospel.”

You can tell he’s passionate about people – helping them or just simply connecting with them.

“I’ve met a lot of interesting people. Whether they become a client, I don’t really care, but they may some day tell someone ‘hey there’s this guy…’ or they may not but it’s definitely enriched me and hopefully it’s enriched people who follow me,” he says.

Most of his tweets are quite funny and maybe one day his advice will help you in a bind.

Some @ThatLawyerGuy Tweets of the Week

@ThatLawyerGuy: Allowing the right amount of time to pass before settling your personal injury file can go a long way in avoiding regrets down the road #law

@ThatLawyerGuy: Any time you loan money of any significant amount to ANYONE, get them to sign a promissory note – we can help draft #protection #debt #law

@ThatLawyerGuy: Heading out for the weekend, but if anyone in #yeg has any legal questions feel free to DM and I can’t stress enough, GET a WILL #icanhelp

@ThatLawyerGuy: If you are part of a certain denomination or ethnicity, play that up, it can help build your client base #notracist #levelofcomfort #yegbiz

Linda Hoang is a Canadian blogger based in Edmonton, Alberta, who writes about travel, food lifestyle and pet topics. She's also a seasoned social media/digital strategist with a journalism background. Linda loves exploring the world with her husband Mike, eating their way through cities, supporting local businesses, and photographing Instagrammable Walls. She is the founder of the Edmonton International Cat Festival and a fur-mom to two cats and two dogs.
PrevPreviousWhy the Capital Region Rocks (#CapRegionRocks)
NextSocial Media Column: Local photographer an Instagram hitNext