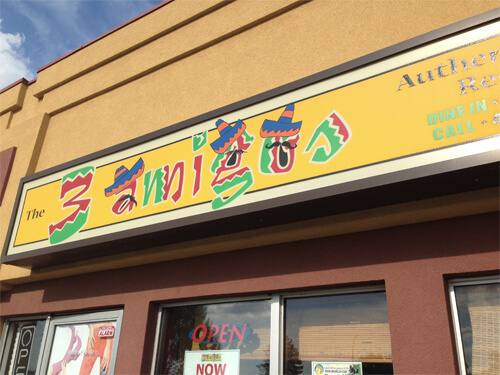 On Friday, Mike and I went to try out Three Amigos (4035 106 Street) with Mike’s sister and mom. I’ve been on a real Mexican food kick lately, making frequent visits to Mucho Burrito (yes, yes, fast food Mexican. Laugh if you want, but their taco salad is awesome and it’s very quick and convenient!) We bought a Three Amigos Groupon recently and had been looking forward to using it! 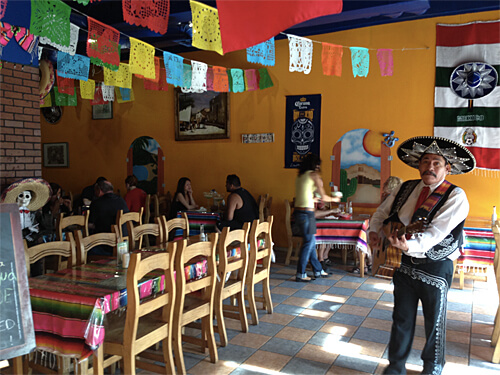 Inside Three Amigos (so cute!) with adorable singer!

Three Amigos is located in a strip mall off Whitemud, and doesn’t look like much from the outside, but my face lit up as soon as we walked in and saw Three Amigos had its very own singer, belting out authentic Mexican tunes! As well, the walls are brightly coloured and decorated with Mexican-themed posters, photos of lucha libre wrestlers, flags and more. So much fun. It’s a small, adorable space that makes you feel like you’ve stepped out of Edmonton. 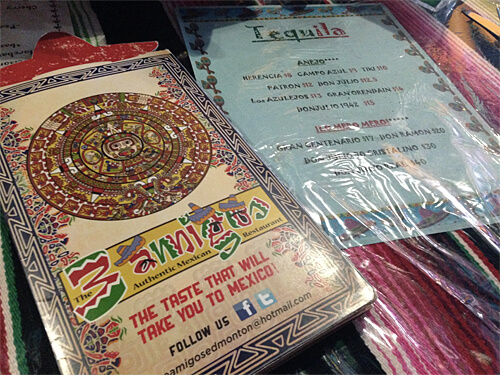 The menu at Three Amigos.

I’d read some pretty mixed reviews about Three Amigos. I was pretty enamoured with the atmosphere but will admit our service was pretty slow and the food was just okay. 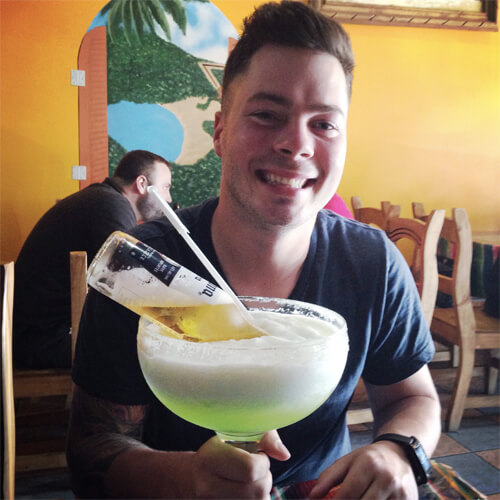 Mike was won over by the option to get this Bull Dog El Grande. At $17.99, this drink is massive and just plain fun to have and look at. Check out some of the dishes we tried below – overall thoughts after that! 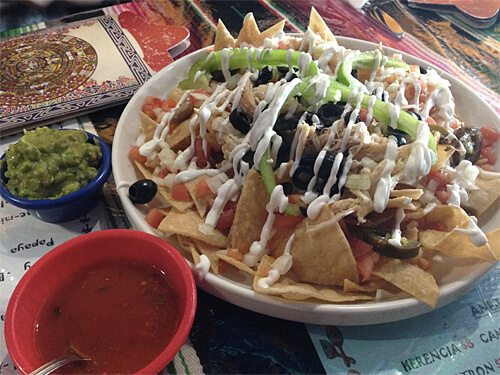 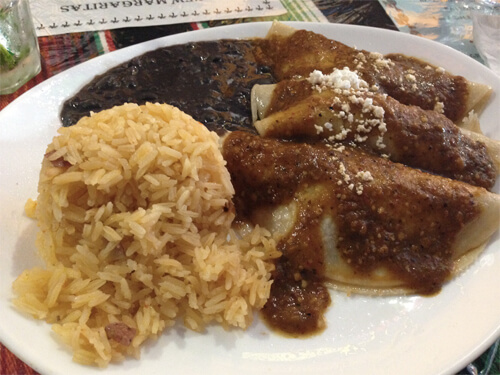 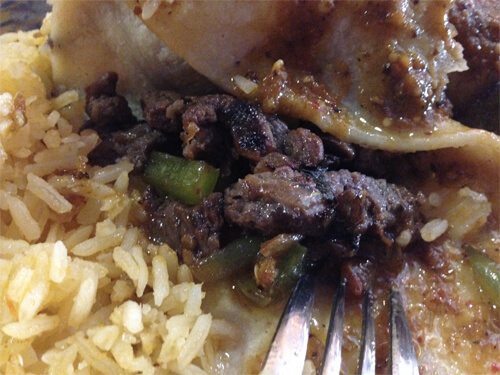 Inside the Enchiladas Borrachas! 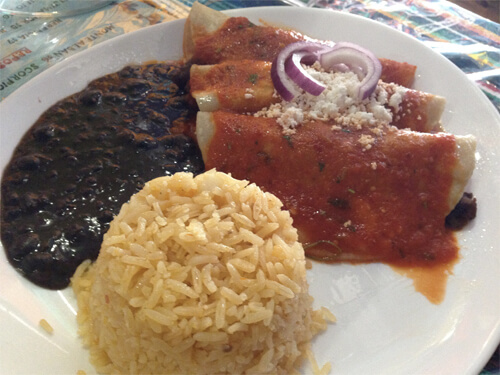 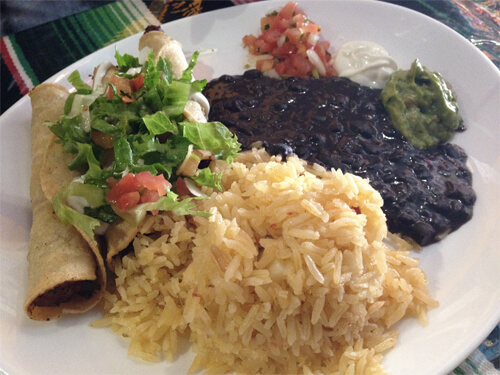 Embarrassingly, we can’t remember what this is and I missed taking a photo of this particular part of the menu to try and make an educated guess.

I like that they make the tortilla chips from scratch, and the Corona-marinated steak bites were quite tasty, but overall there wasn’t any particularly stand-out flavours in any of the dishes we tried and from a presentation point of view, the slop of beans and generally beige colour theme of the plates didn’t make us too excited to eat. I had also ordered the ‘green sauce’ with my enchiladas and it came out dark browny-red. It was super spicy, so that part does what it’s meant to do, but wasn’t overly appealing to the eye. Just not very bursting with flavour overall. We also waited quite awhile to get our starter nachos, and it took a long time to flag our server down to take our main orders. He was quite nice but I think probably new, he came back a few times at the start to clarify about drinks (which was still appreciated – rather have him get it right by clarifying, than guess and get it wrong!) 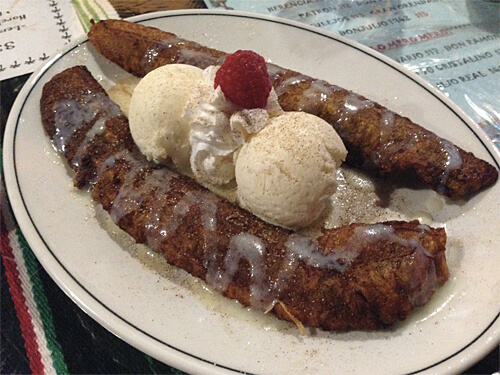 Fried Plantain – plantain sprinkled with cinnamon and sugar, and drizzled with lechera and caramel, served with two scoops of vanilla ice cream. $6.99

We topped off the night with fried plantains dessert which was pretty good and you get quite a bit for the price. I was pretty full by the end though and couldn’t finish (are fried plantains good as leftovers because I took one home and haven’t eaten it yet ;)).

Three Amigos has top-notch ambience and I really enjoyed just being there for the evening. Customers applauded the singer after each one of his songs, which I thought was just so lovely, and I just spent a lot of time taking in the decor. Very nice. But when it comes to the food, it doesn’t really impress. It sort of satisfies the Mexican craving, but won’t thrill you. Still I can’t speak enough about how wonderful the atmosphere is! I guess I’ll add my mixed review into the bag of current mixed reviews out there!

So have you been to Three Amigos? How did you like it?!

Linda Hoang is a Canadian blogger based in Edmonton, Alberta, who writes about travel, food lifestyle and pet topics. She's also a seasoned social media/digital strategist with a journalism background. Linda loves exploring the world with her husband Mike, eating their way through cities, supporting local businesses, and photographing Instagrammable Walls. She is the founder of the Edmonton International Cat Festival and a fur-mom to two cats and two dogs.
PrevPreviousSocial Media Notes (#30) – Links for the Week of June 16-22
NextAlberta Primetime: Pop Culture Panel (June 26 2014)Next