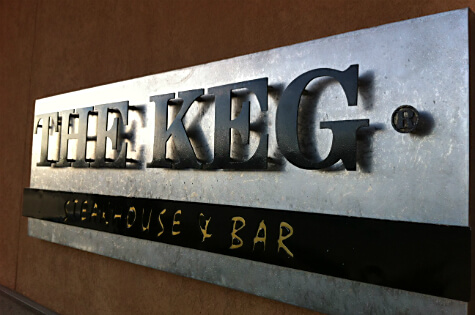 Mike and I recently went to The Keg Steakhouse & Bar (west end location at 9960 170 Street) with my brother, sister-in-law, and adorable nephew. I used to frequent The Keg a surprising amount during my teen years. My brother would take me at least once a month (he was never the best at budgeting his money, lol) and I became quite familiar with their delicious prime rib dinner. 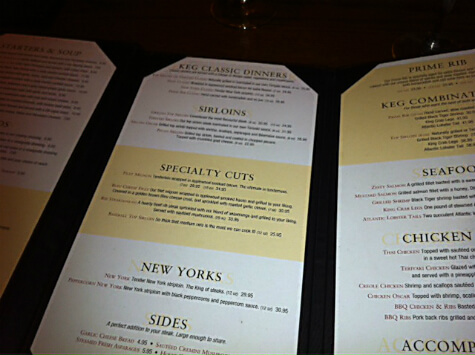 But alas we grew up and frequenting The Keg was no longer a particularly feasible option so now it’s few and far between that I get to dig my teeth into that delicious prime rib. The Keg is not a cheap place to eat. Urbanspoon pings it at four dollar signs ($$$$) which means you’re looking at about $20-$25 as your minimum purchase. It’s definitely not your everyday place to dine spot (unless you’re lavish and can afford to eat like that, but I certainly am not and cannot!) 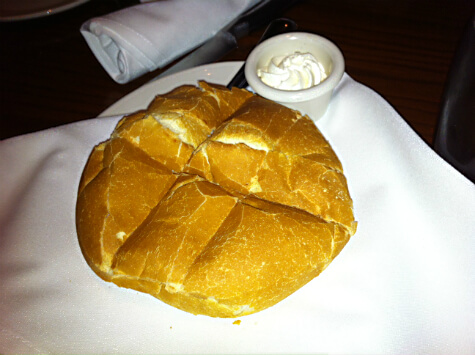 Starter bread at The Keg.

With your meal you’ll get complimentary starter bread and whipped butter. 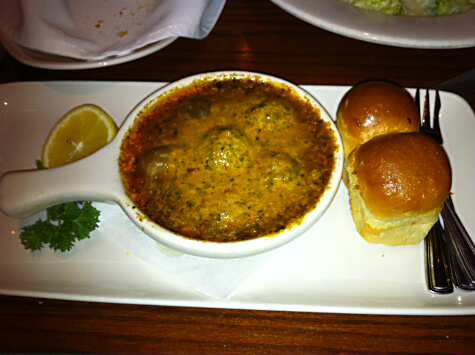 Escargot at The Keg.

We also ordered escargot stuffed mushroom caps ($8.95) to start which was absolutely divine. Slimy never tasted so good. Dip it with bread and the sauce it comes with and you’ve got a pretty solid appetizer. 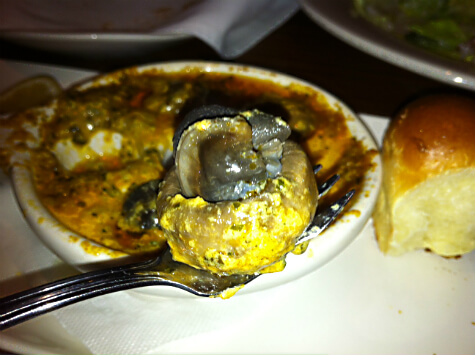 Close up of the Escargot at The Keg.

I know the sauce includes garlic and herbs but I’m not sure what else is in there. It did feel pretty greasy though so it probably isn’t the healthiest but how can you care when it tastes so good. 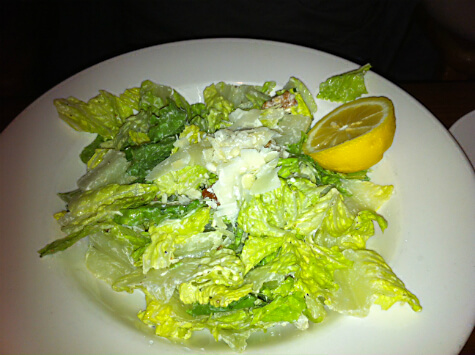 Caesar Salad at The Keg.

The Keg “Classic Dinners” comes with starter caesar salad but my prime rib did not. The classic dinners also come with vegetables and potatoes. Mike ordered the 8 oz. top sirloin classic dinner with mashed potatoes and vegetables ($25.95, pictured below). 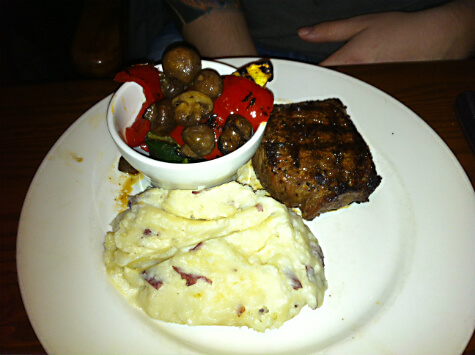 Top Sirloin Classic Dinner with Vegetables at The Keg. 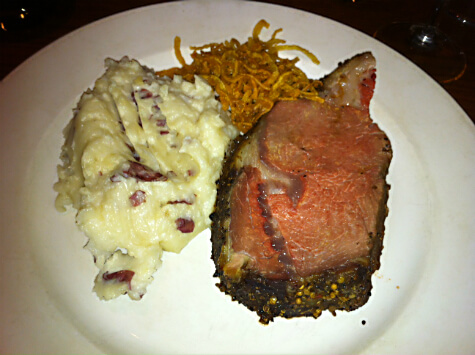 10 oz Prime Rib with Mashed Potatoes at The Keg.

Yum-my. I can’t compliment The Keg’s prime rib enough. Juicy and tender! I am also all about big portions and compared to the smaller chunks of steak you get with the order (see the photo of Mike’s dinner), the prime rib is massive. I also usually like to have some kind of steak sauce with my beef dinners but I don’t really like the Keg’s brand that they bring out if you ask. The au jus that the prime rib comes with is really good but I always run out too soon!! I suppose it wouldn’t hurt to ask for extra. The only thing the prime rib dish lacks is vegetables which is not included, but I still get some without having to order extra because Mike rarely eats his! Sometimes I’ll get extra asparagus with my meal too and it’s always cooked just right.

My brother also ordered the prime rib and my sis-in-law got the same sirloin as Mike so their dishes aren’t photographed.

To summarize, I love The Keg! Though it is a bit pricier and I do prefer trying local eateries as opposed to chain restaurants, so I am not usually here. When I am, there’s always consistently good service and consistently tasty food, at all of the various locations I’ve been to.

So have you been to The Keg? What did you think??

Linda Hoang is a Canadian blogger based in Edmonton, Alberta, who writes about travel, food, lifestyle and pet topics. She's also a seasoned social media/digital strategist with a journalism background, the founder of the Edmonton International Cat Festival and co-founder of Stop Race Based Hate, an online anti-racism education tool. Linda loves exploring the world with her partner Mike, eating their way through cities, supporting local businesses, and photographing Instagrammable Walls. Linda is a fur-mom to two cats and two dogs.
PrevPreviousClicks of the Day: Wednesday, April 18, 2012 Edition!
NextClicks of the Day: Thursday, April 19, 2012 Edition!Next