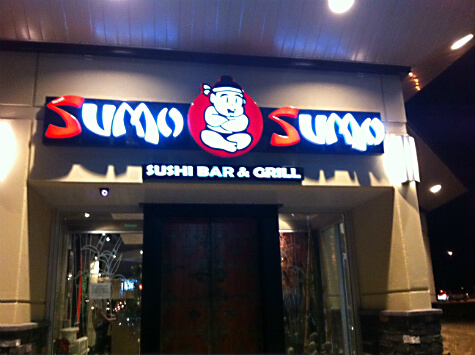 Friday was girl’s night for me and my friends Alyssa and Meghan! We went to Sumo Sumo in Sherwood Park (#300 220 Lakeland Drive). Alyssa had tried the place before and loved it so she wanted Meghan and I (who are big raw fish lovers!!) to check it out as well! 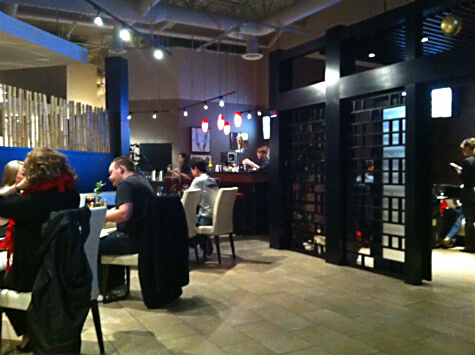 I thought it was a new restaurant – at least it was completely new to me, but then I was told it’s been around for a couple of years now! Either way, I was really impressed with the look of Sumo Sumo. It’s a huge, clean, modern-looking place. The service was great and the food was super tasty. Also impressive? Its sushi selection! 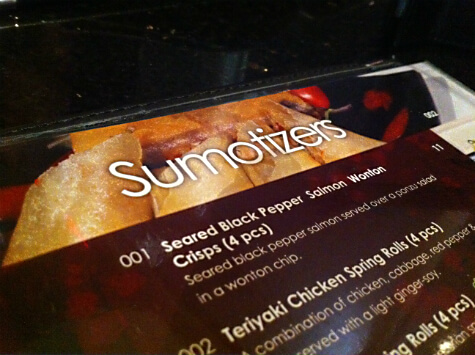 Hugest menu ever. There are 171 items to choose from and that’s not including dessert and bubble tea options. There was a bunch of food I wanted to try but I didn’t want to be a piggy – plus I couldn’t afford it. Sumo Sumo is pricy. Well, I suppose it’s on par for dinner service at most Japanese restaurants, but that’s still pricier than I like to pay. 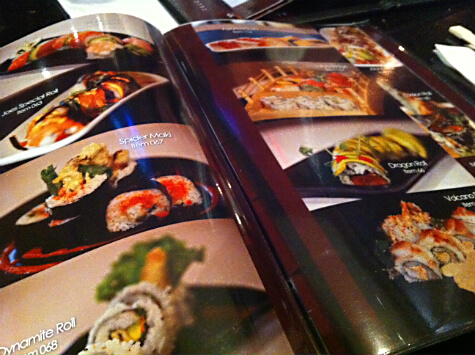 I ended up choosing the Chirashi bowl ($16) plus Assorted Tempura ($12). Meghan ordered Assorted Sashimi ($18) and Alyssa got Dynamite Rolls ($11.50) and Spicy Cali Rolls ($11) with spicy mayo and a Samurai Bubble Tea ($5.25). I am kicking myself for not taking photos of their food too! But oh well. Let’s just say the food was very good and definitely filled me up! 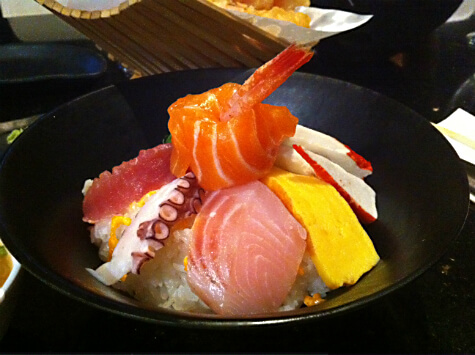 The salmon in the Chirashi was one of the freshest-tasting I’ve ever had! :) All the other raw fish tasted just as fresh and delicious and the bowl also had some mango pieces which was a nice touch. I was also surprised because the Chirashi came with a side soup and salad! 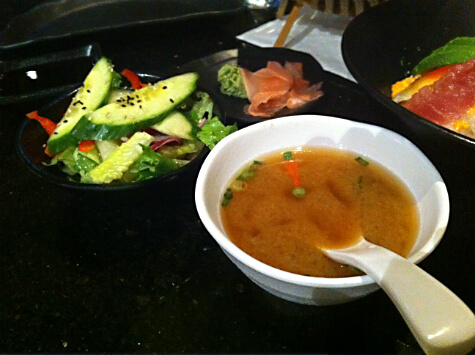 Chirashi comes with Soup and Salad! (at Sumo Sumo)

The soup and salad was included in the $16. I have never gotten any side items that actually come with my Chirashi orders elsewhere, so getting it at Sumo Sumo was an excellent surprise. Though they didn’t taste that great (the soup was kind of bland and tasteless, the sauce on the salad wasn’t the greatest) – it was still nice to have, lol. 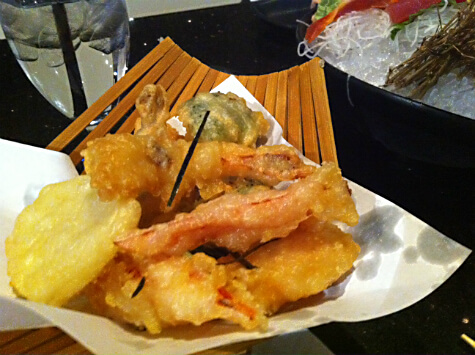 The tempura was yummy though there was nothing particularly special or anything that made it any better or worse than tempura I’ve had elsewhere. There was a red pepper tempura piece included in the batch though, that I’ve never had before!

Overall the food at Sumo Sumo was very good. The atmosphere was great, the place was packed when we went. Our server came up to us a lot asking if everything was good and whether we needed more water refills – very attentive and nice. Like I said, the menu is huge!! I will need to go back just to try their other dishes. The place also has a separate “Take Out” area in the same building – but accessed through a different outer door, which I think is cool.

Yes it was kind of pricy for one person (my total came out to $30, Meghan about $20, Alyssa about $30) but again, similar prices are seen at other Japanese restaurants during the dinner hour. Sumo Sumo’s lunch menu looked better priced and still a good selection, so maybe I’ll try again for lunch one day. Since it is in Sherwood Park however, it’s kind of too far to just go on any given day though (unless you live in Sherwood Park).

Still I had a great time and was filled with great food so I would recommend Sumo Sumo! :) Especially if you’re sick of your usual Edmonton Japanese spots, it’s a nice, new (even though it’s technically not new) place to try.

This post also reminds me that I have still not written up a review on Mt. Fuji – which is one of my and Mike’s favourite Japanese restos!

Have you been to Sumo Sumo? What did you think!?

Linda Hoang is a Canadian blogger based in Edmonton, Alberta, who writes about travel, food lifestyle and pet topics. She's also a seasoned social media/digital strategist with a journalism background. Linda loves exploring the world with her husband Mike, eating their way through cities, supporting local businesses, and photographing Instagrammable Walls. She is the founder of the Edmonton International Cat Festival and a fur-mom to two cats and two dogs.
PrevPreviousClicks of the Day: Thursday, January 5, 2012 Edition!
NextClicks of the Day: Jan. 6, 7, 8 2012 Weekend Edition!Next