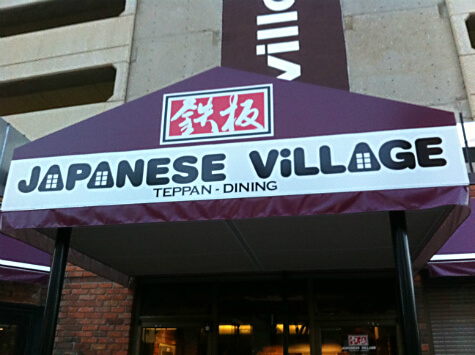 I have wanted to visit Japanese Village for a long time. All I’ve ever heard about it was “it’s that cool Japanese place where they cook your food in front of you!” which, understandably then, I thought was so cool.

Until I actually went there and it turns out, it really isn’t that cool. lol. 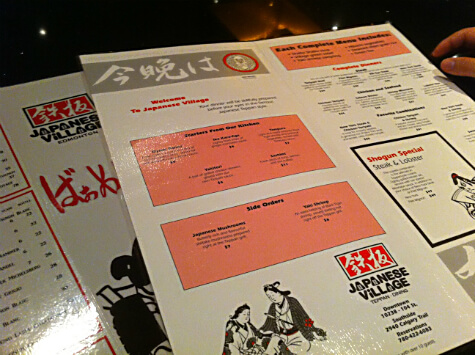 I was pretty disappointed… the appeal of a chef cooking food in front of you was lost as soon as I looked at the prices. LOL. I wholeheartedly admit – price is a huge factor in my enjoyment of any restaurant (or anything). I like reasonably or excellently priced things and if it’s not going to be one of those – then whatever I paid for better be freaking amazing! I understand that Japanese restaurants at night are typically expensive anyway, so I mean, compared to other places, I guess the prices are basically on par. But I normally only eat Japanese for lunch – and actually, Mike and I usually don’t eat Japanese for a dinnertime meal at all (unless it’s at the wonderful Mt. Fuji which I believe I haven’t ever written a blog review on so I will do so when I go to it again this Friday) so we’re not used to these costs!! lol.

We ended up only ordering one main teriyaki beef dinner because of our price conscientiousness. That dinner came with a bowl of rice, a bowl of soup, and a bowl of salad, which was good. I also ordered a plate of sashimi and tempura appetizer. 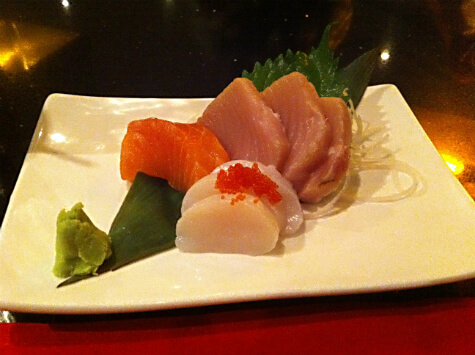 To be fair, the sashimi at Japanese Village was amazing. Some of the best raw fish I’ve ever eaten actually. It tasted wonderful!! So I will absolutely recommend raw fish lovers to try some there – yummy. 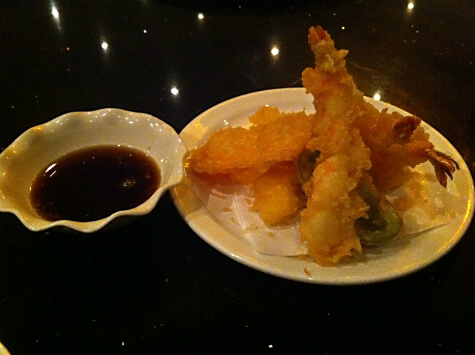 The tempura was alright. I’ve had the same quality if not better, elsewhere. 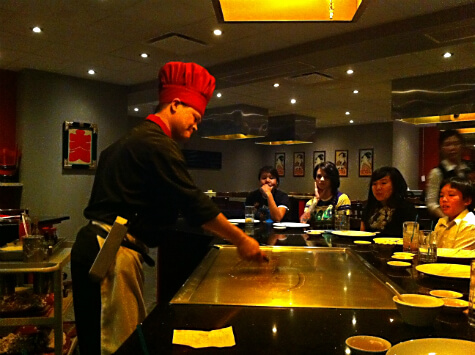 Our chef was really nice and very funny. Sometimes our side of the table didn’t pay attention to what he was doing and when he finished doing some kind of a cool move and there was no cheering or clapping – or a delay in cheering and clapping – I made sure to cheer and clap extra loud for him. ;) 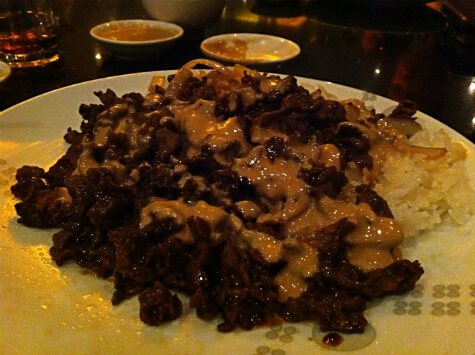 Mike’s beef plate was good but honestly, we both preferred the beef and rice at Mt. Fuji – and the prices there are fantastic and the quality is great!

And just straying away from Japanese genre for a moment to talk about restaurants in general – there’s a ton of restaurants out there that have great food at great prices, so overall – I am just not a fan of going to a “higher end” expensive place where the food is just okay, okay!

Anyway, my sashimi was about $12. The tempura was also about $12. And the teriyaki beef was $25. So I could have technically gotten one of the main dinner dishes too and it would have worked out to around the same price in the end, but I can’t go to a Japanese place without sashimi so, lol.

Overall, will I ever be back to Japanese Village? Probably not. Would I recommend it to others? Probably not. I mean what I would say is “it’s good but expensive and in my opinion not worth it” but if you’ve got the dough and like to spend it on whatever, lol then enjoy, it’s a great place, lol. But I feel my money could be better spent elsewhere. I do hear that their lunchtime prices are a lot better (as are most Japanese restaurants) but I haven’t had lunch there ever so I can’t say for sure. I’d most likely spend my Japanese lunch at Mikado or Mt. Fuji (yummy!) But I do repeat – the sashimi at Japanese Village was one of the most delicious raw fish I’ve ever eaten so I would at least recommend that! 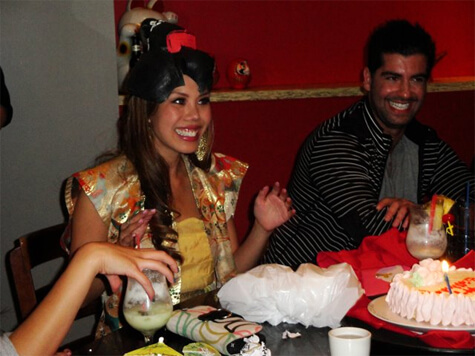 Oh but one other plus for the night out was that they give you special treatment if it’s your birthday – dress you up in a Japanese dress and hat and then staff come and sing Happy Birthday to you in Japanese! They also take your picture while you’re all dressed up and give you the photo that same night! Very cute/cool memento. Happy birthday to my friend Kathy!

Hmm, so have you been to Japanese Village? What did you think!?

Do you care about prices as much as I do? lol.

Linda Hoang is a Canadian blogger based in Edmonton, Alberta, who writes about travel, food, lifestyle and pet topics. She's also a seasoned social media/digital strategist with a journalism background, the founder of the Edmonton International Cat Festival and co-founder of Stop Race Based Hate, an online anti-racism education tool. Linda loves exploring the world with her partner Mike, eating their way through cities, supporting local businesses, and photographing Instagrammable Walls. Linda is a fur-mom to two cats and two dogs.
PrevPreviousClicks of the Day: Tuesday, September 27, 2011 Edition!
NextClicks of the Day: Sept. 30, Oct 1, 2 2011 Weekend Edition!Next