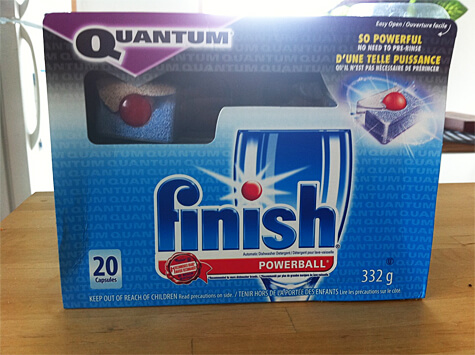 Welcome to the first of my Random Product Reviews, lol.

So when Mike and I moved into the our new home (which I still need to write a blog post about in and of itself), I wasn’t sure if I should start using the dishwasher that the kitchen came with. But Mike insisted that I give it a try so I did… and I hated it!

The first detergent brand we bought was Sunlight and it. is. so. bad. 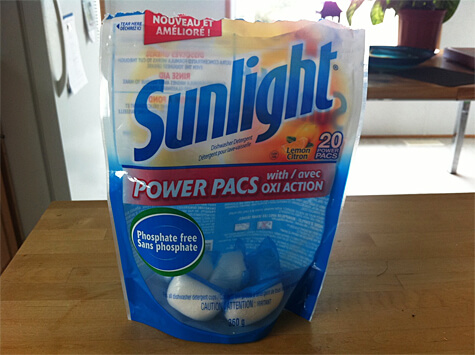 Even when I pre-rinsed, it would still come grimy, streaky, just plain dirty. I was not impressed. I was about to switch back to washing dishes by hand altogether when Mike pointed out that we’ve only tried one detergent we should try a different one since Sunlight sucked so bad (logical fellow, he is).

And that’s where Finish QUANTUM dishwasher detergent comes in…

It says it’s so powerful that you don’t even need to pre-rinse, which at first, since I was bitter about dishwashing machines and detergents, I didn’t believe. But I tried it without pre-rinsing and the dishes came out SO SHINY! 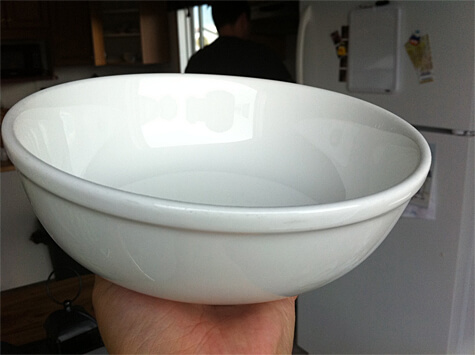 See how it's so shiny it reflects?! Amazing.

It’s apparently the #1 recommended brand by leading dishwashing manufacturers and promises amazing results and I can definitely vouch for that. We only bought a small pack because we were testing it out, but I can’t wait to go back and get the jumbo size!

@ChrisInRedDeer pointed out that QUANTUM is more expensive than most detergents. As I’m a dishwashing detergent newbie, I was not aware that this was more costly than the norm but I’d say the price is worth it.

I love the Finish QUANTUM Dishwasher Detergent and I definitely recommend it to all!

And so that’s my random product review of the day. Baha.

What do you think? What’s your favourite dishwashing detergent?

Linda Hoang is a Canadian blogger based in Edmonton, Alberta, who writes about travel, food lifestyle and pet topics. She's also a seasoned social media/digital strategist with a journalism background. Linda loves exploring the world with her husband Mike, eating their way through cities, supporting local businesses, and photographing Instagrammable Walls. She is the founder of the Edmonton International Cat Festival and a fur-mom to two cats and two dogs.
PrevPreviousClicks of the Day: July 15,16,17 2011 Weekend Edition!
NextClicks of the Day: Tuesday, July 19, 2011 Edition!Next