I love that despite how many restaurants I’ve come to try in Edmonton, there’s simply always more to try. Sometimes I’m ashamed that it’s taken me so long to try places that have become well-established and well-loved.

That was the case when I finally visited Daravara on 124 Street a few weekends ago!

Daravara is a pretty trendy, industrial-looking gastropub – spacious, a bit stark, with lots of black, red and wood. Over the last few years, Daravara has become known (at least from what I’d heard) for its burgers and brunch. 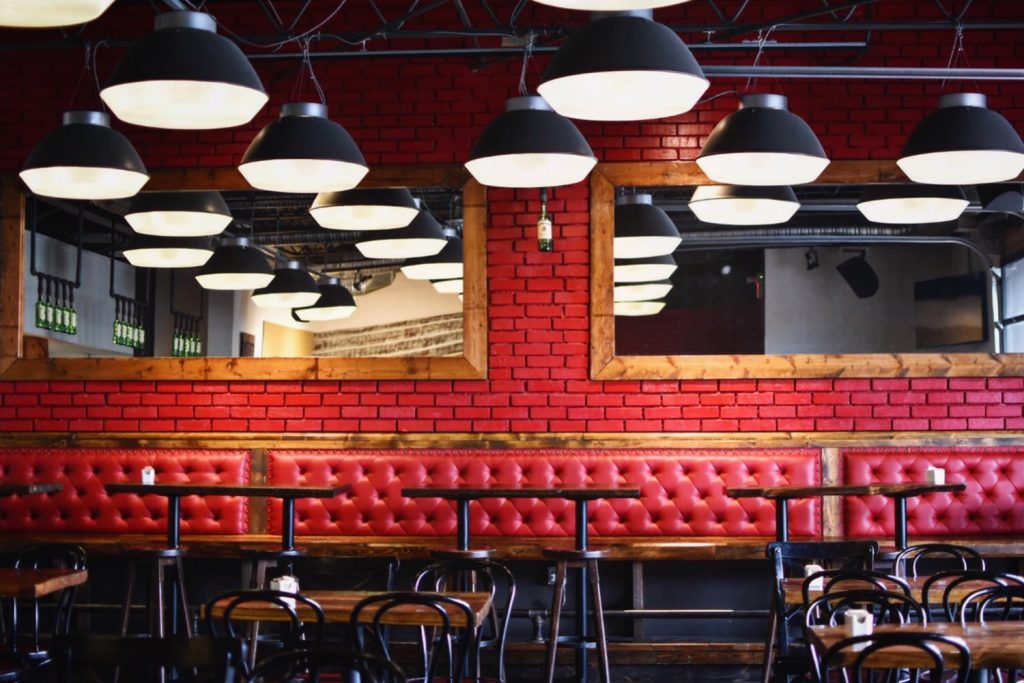 So brunch was what my friend Taylor and I went to try!

Daravara opens for brunch at 11 a.m. on weekends and Taylor and I both arrived earlier – about 10 minutes before opening. Despite being early, we were not the first ones there! There was a line-up of about eight people already (our brunch anticipation rose!) 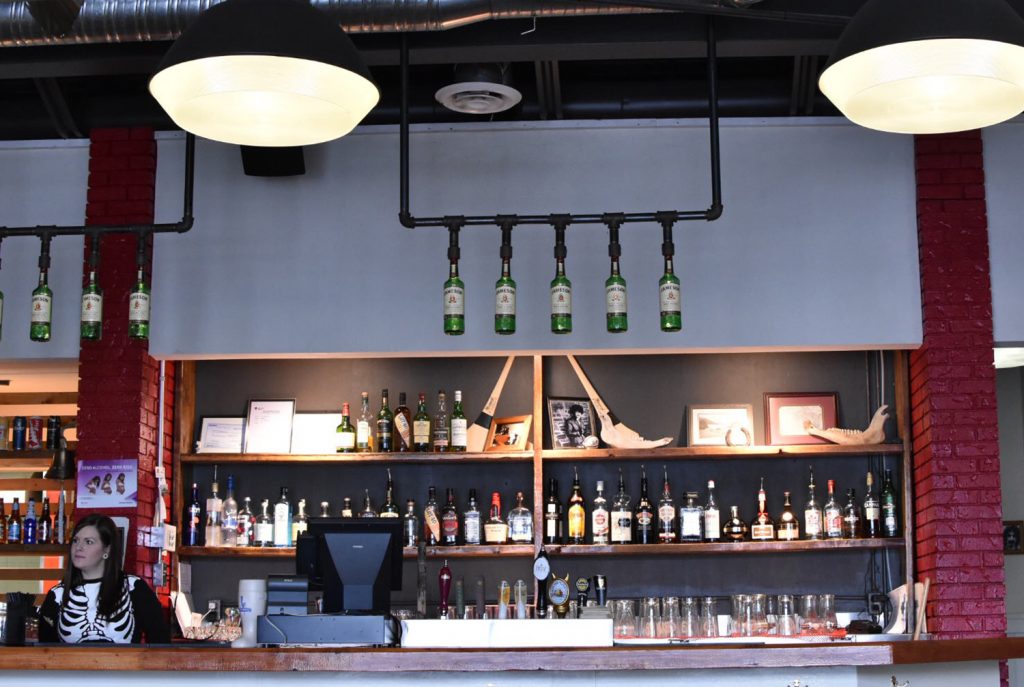 Prices range from about $13 up to $20 (the Hanger Steak is the priciest dish on the brunch menu). 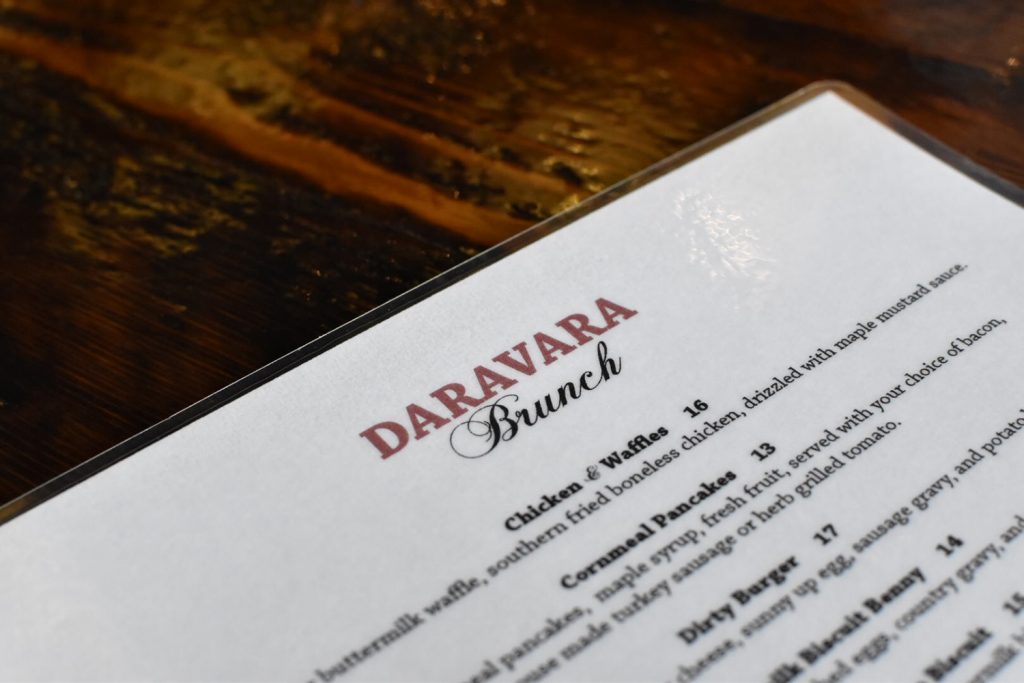 On Saturdays… Sundays… weekends… we brunch!

I can’t go for brunch somewhere new and not try their eggs benedict offering so I ordered the Buttermilk Biscuit Benny (with bacon, poached eggs, gravy and potato hash – $14). This was a cool take on your standard benedict. Portion size was wonderful, and biscuits perfectly pair with the country gravy (instead of your typical hollandaise).

Something I learned quickly after posting about my brunch meal on social media (because a few different people left me comments so I would know for next time!) was that not only is Daravara well-known for their burgers and brunch, but people are also obsessed with their potato hash (and rightfully so. It is damn good hash!

I didn’t realize, but apparently the hash is unlimited – so eat it up and order more! 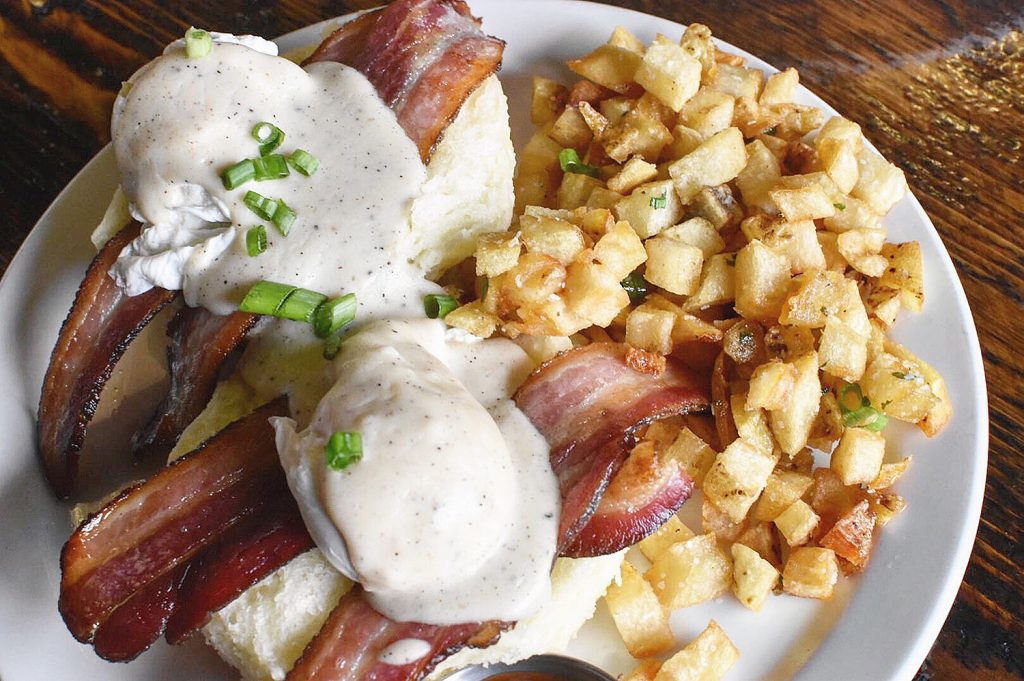 He loved his Brisket! The sauce with the eggs, cheese mixed in with the tender, ancho and coffee-rubbed brisket was the perfect combination. We don’t have to get fancy with our description here, Taylor said “it was extremely good.” ;) 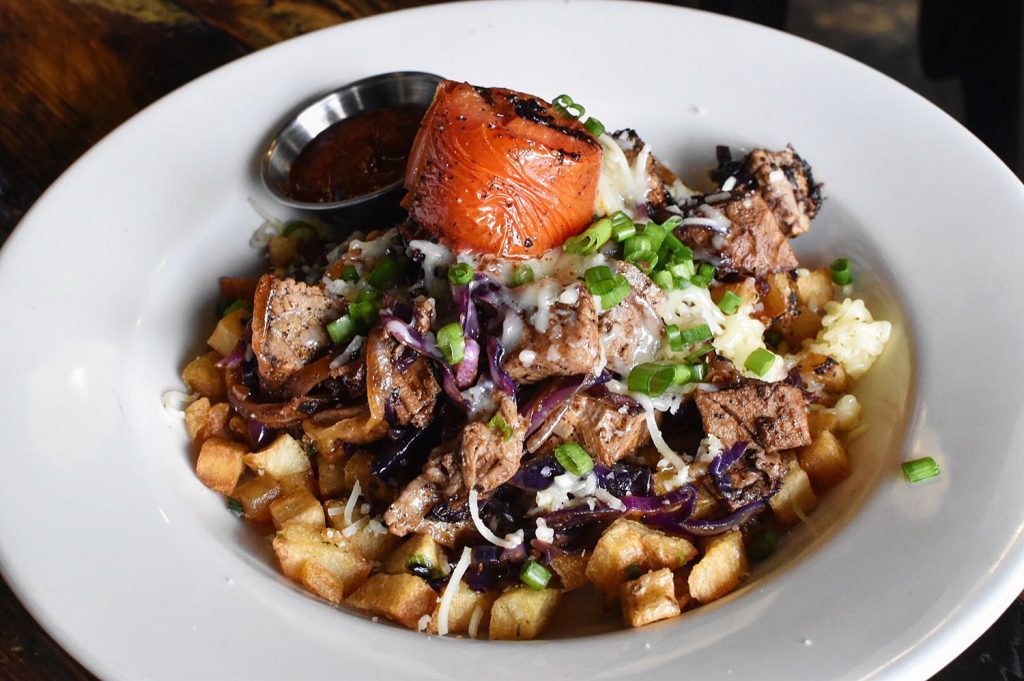 Daravara filled up quickly while Taylor and I were in for brunch. Our servers were friendly, the food came out relatively quick, and our two dishes were great. I’d definitely recommend it for brunch!

In hindsight, given Daravara’s reputation for burgers and brunch, I really should have a tried burger for brunch – especially that Dirty Burger… two house made beef patties, beer cheese (beer cheese?!), sunny side-up egg (for extra runny egg effect), and sausage gravy. Damn. We saw the massive burger come out to a table next to us and I was kicking myself for not ordering two brunch dishes… lol, but hey, that gives me something to look forward to next visit!

Daravara has a small stage for live shows, great lighting – at least during the day with lots of natural light coming through the bay door windows (yay, well-lit food photos!) and just a generally casual, cool vibe.

So have you been to Daravara?

Linda Hoang is a Canadian blogger based in Edmonton, Alberta, who writes about travel, food lifestyle and pet topics. She's also a seasoned social media/digital strategist with a journalism background. Linda loves exploring the world with her husband Mike, eating their way through cities, supporting local businesses, and photographing Instagrammable Walls. She is the founder of the Edmonton International Cat Festival and a fur-mom to two cats and two dogs.
PrevPreviousReview: Me 2 Japanese Sizzling Restaurant
NextReview: Cirque du Soleil’s TORUK: The First FlightNext