This week I tried out the new Browns Socialhouse with my bestie Lisa! Browns says it is a “hybrid neighbourhood pub & casual dining concept” that’s all about “freshness, quality and socializing.” They’ve only been open in the southwest suburban neighbourhood of Windermere (at 5210 Windermere Blvd behind the theatre) for two weeks but the neighbourhood is already abuzz – welcoming them with open arms. 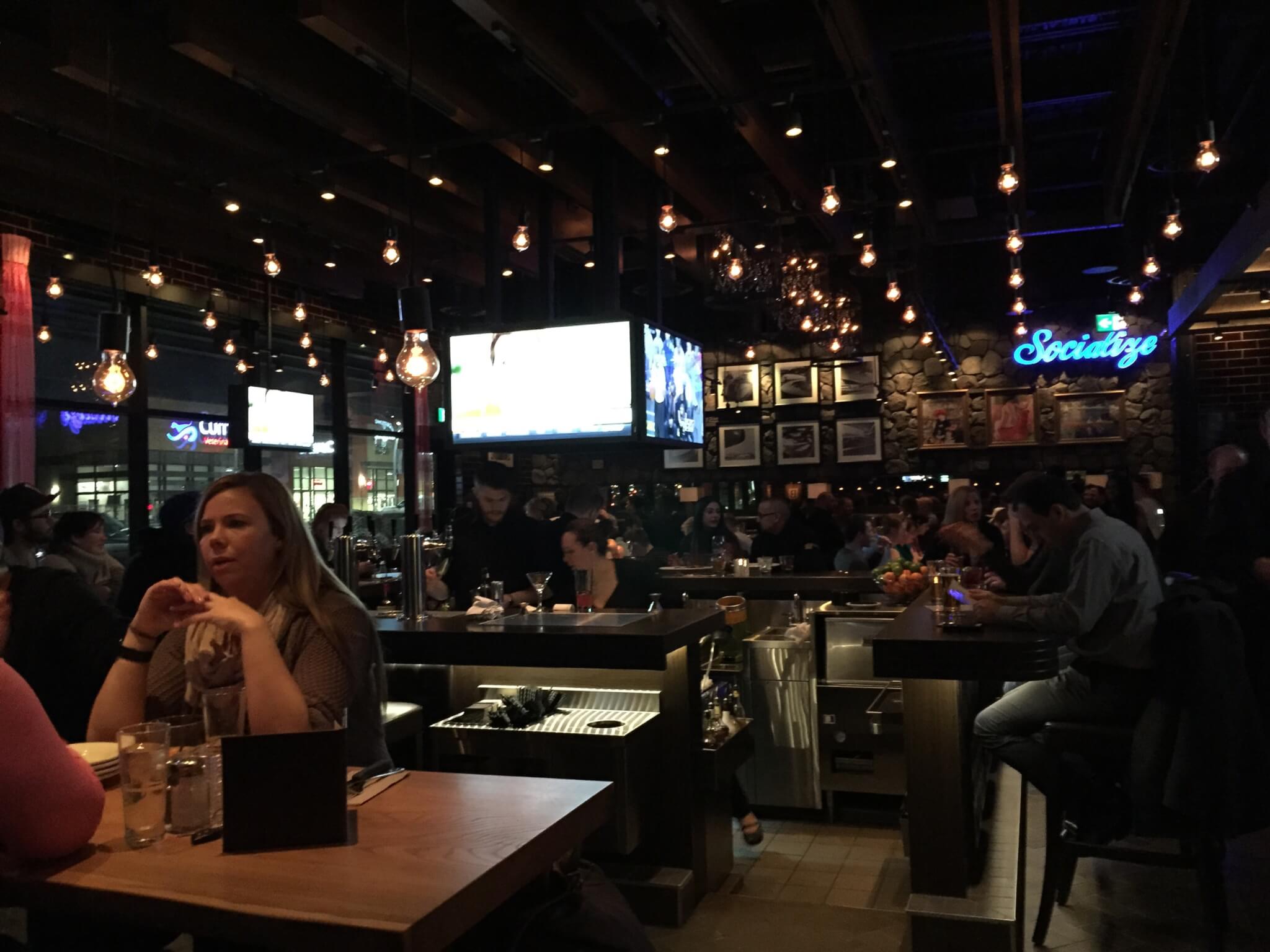 Browns is smaller than I thought it would be, and the room definitely feels more like a pub but they’re completely family-friendly even into the evening (we were there until after 9 and a table with a kid had only just left). Booths and tables line walls and the bar is in the centre of the room. 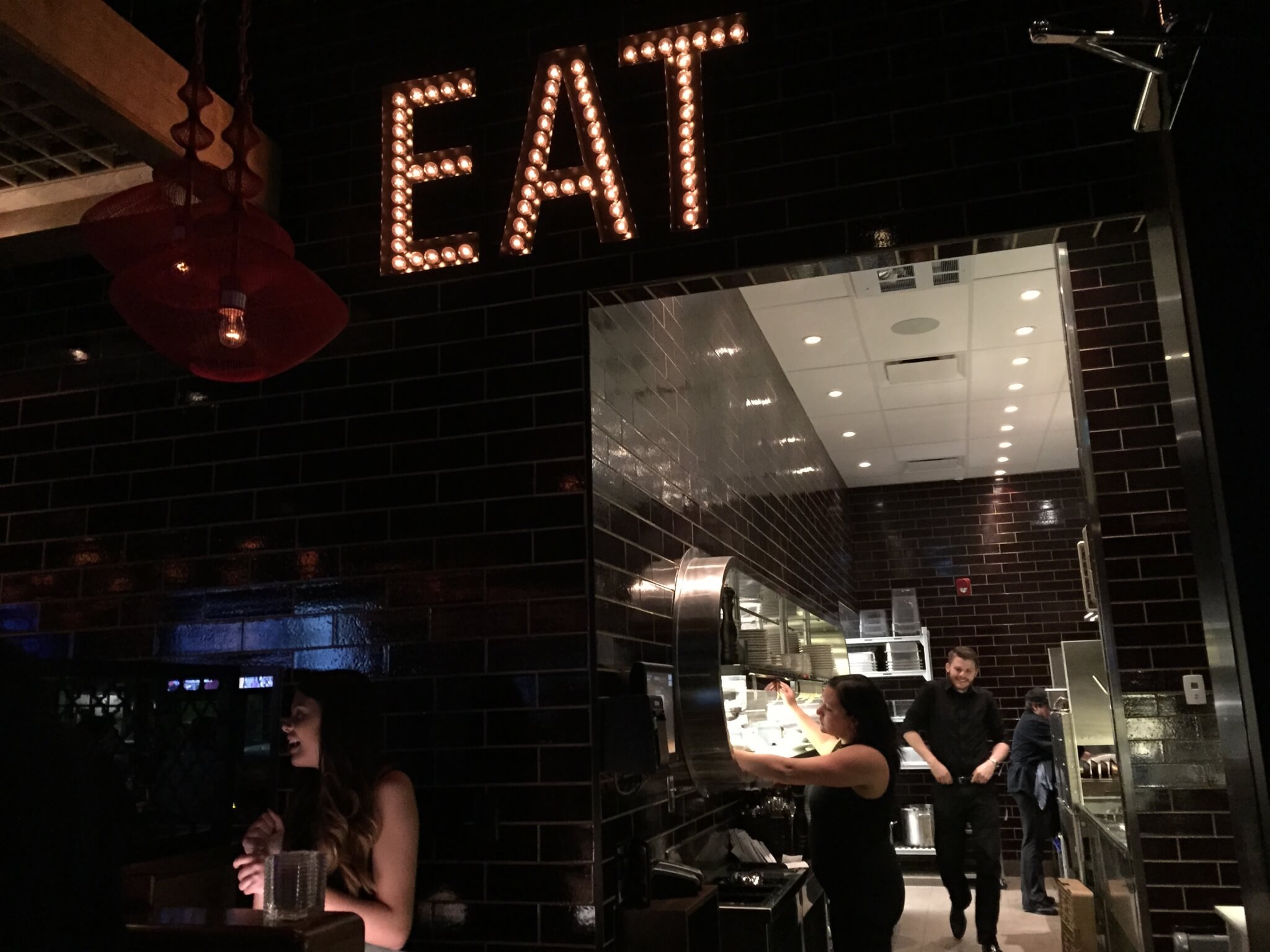 The kitchen at Browns is a bit awkwardly positioned right next to the hostess stand and the entrance so while you wait for your table (because we did wait for about 25 minutes – it was packed on a Wednesday night!) you kind of feel crowded and then hear the servers saying ‘excuse me, excuse me’ every few minutes. 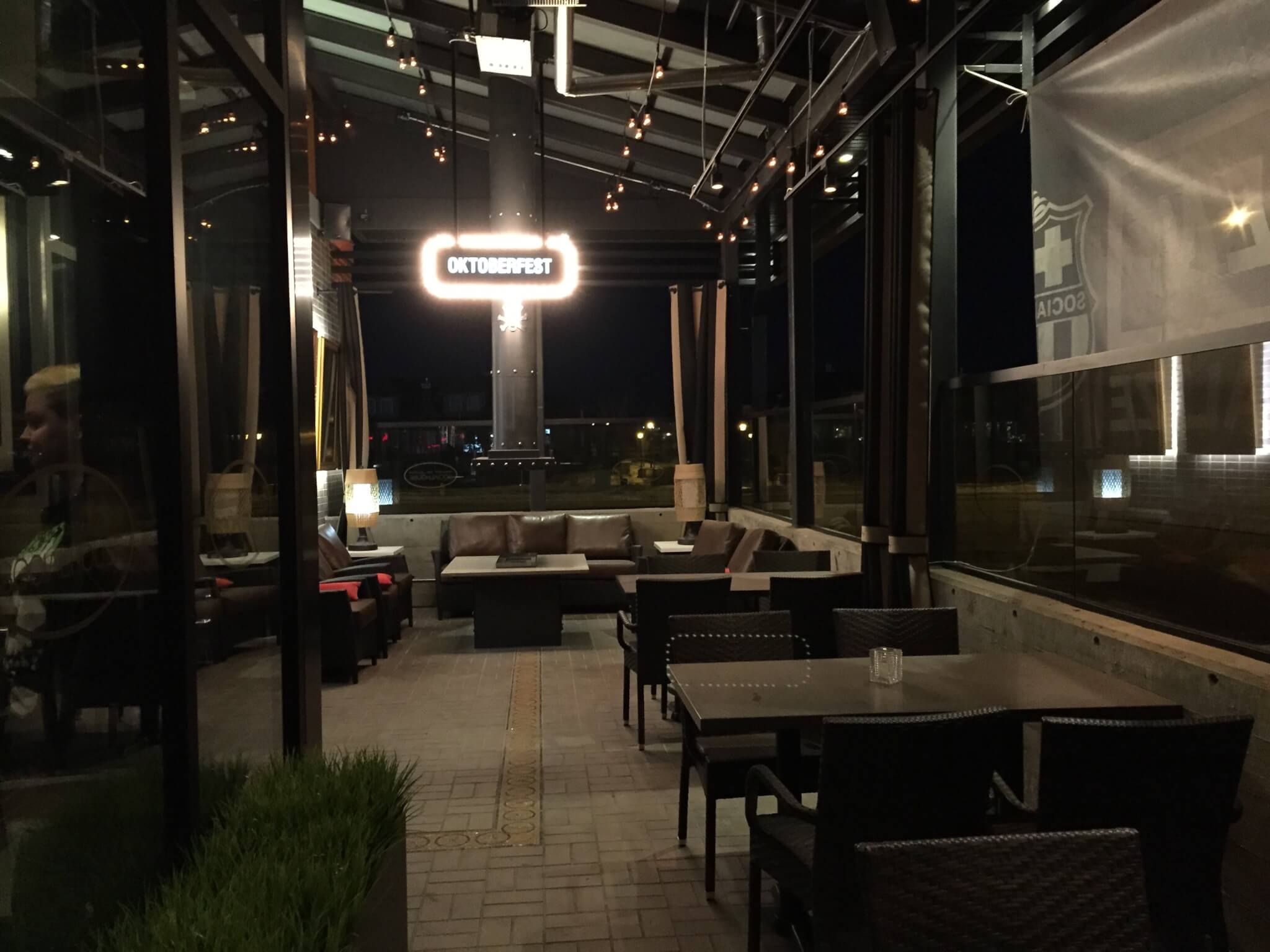 The patio was not open but looked great! Lisa (who lives in Windermere) says she will be spending a lot of time on this patio come summer! 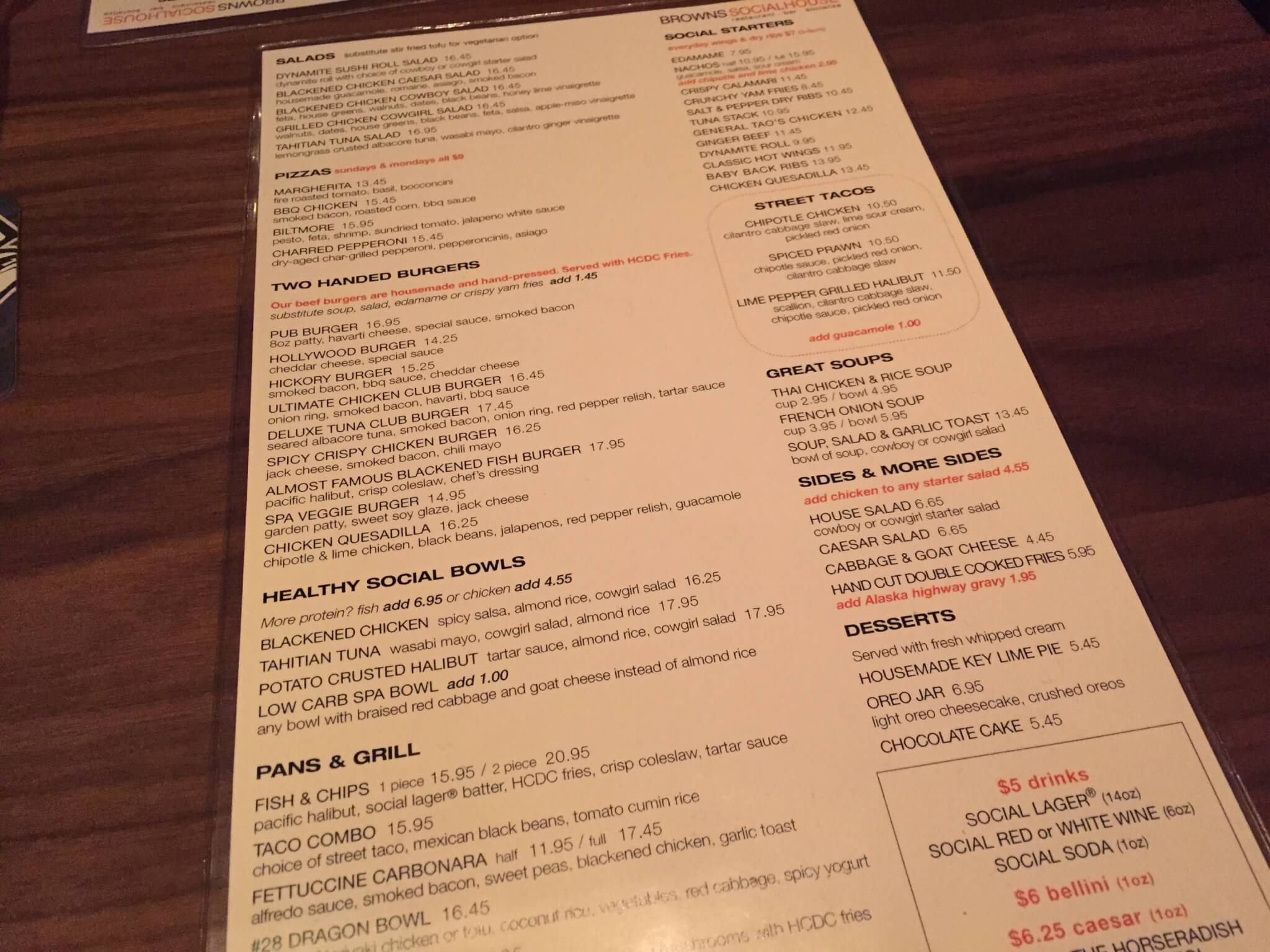 Browns menu is simple. There is a one page offering of starters, salads, burgers (handmade and hand-pressed), pizzas, rice bowls, and tacos. The back page (unpictured) features their weekend brunch option (sounds fantastic! My friend Andrea will be reviewing their brunch soon!) and their drinks. They have all day $5 house lager, wine & soda as well as a starters ‘happy hour’ deal plus daily specials. See their menu here! 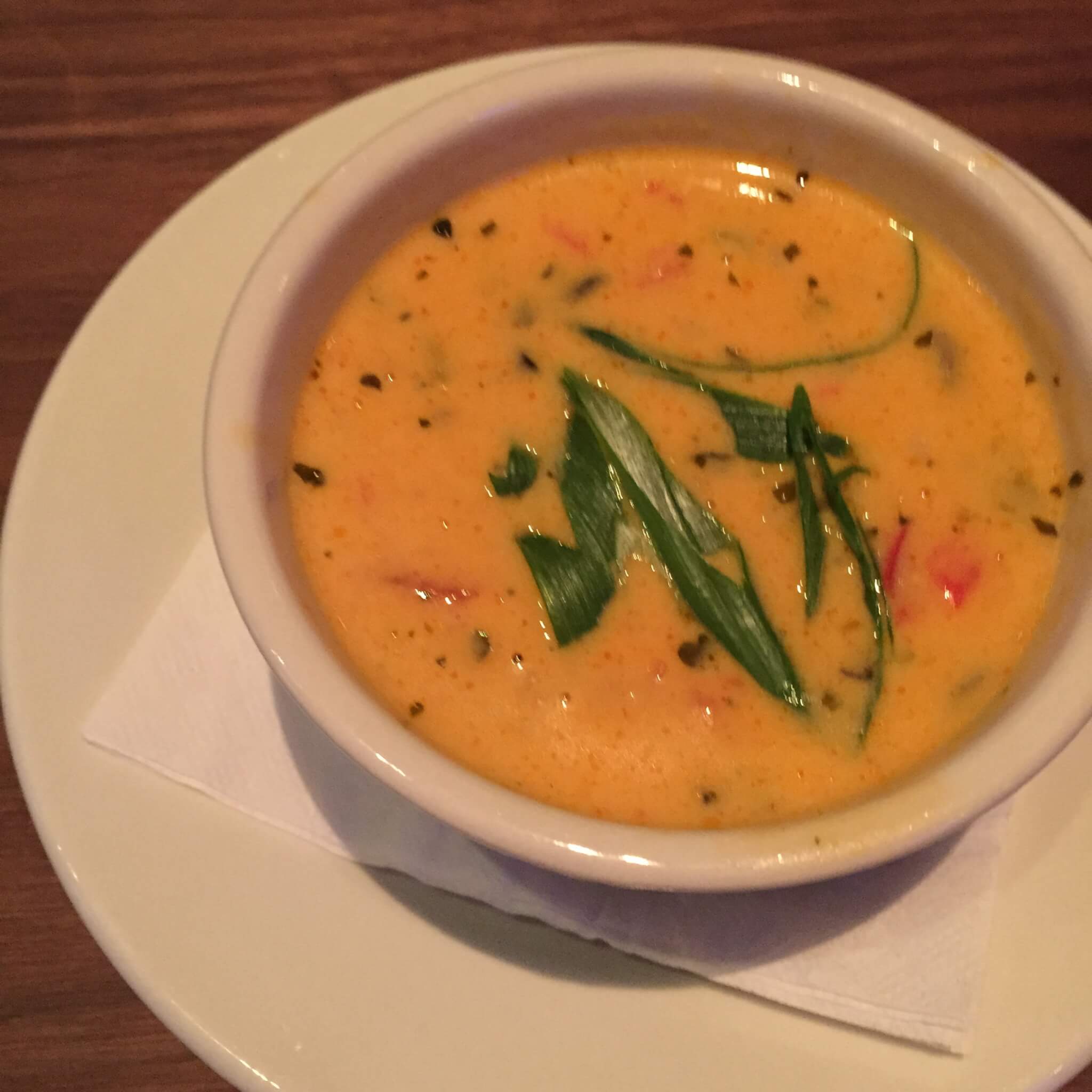 I tried a cup of their Thai Chicken & Rice Soup ($2.95) which was yummy! It also came out instantly.

All of the food actually came out super fast. Lisa and I were quite impressed given the fact that the restaurant was packed and they were still so new. Their kitchen/service system seems to already be perfected just two weeks in so good for them! 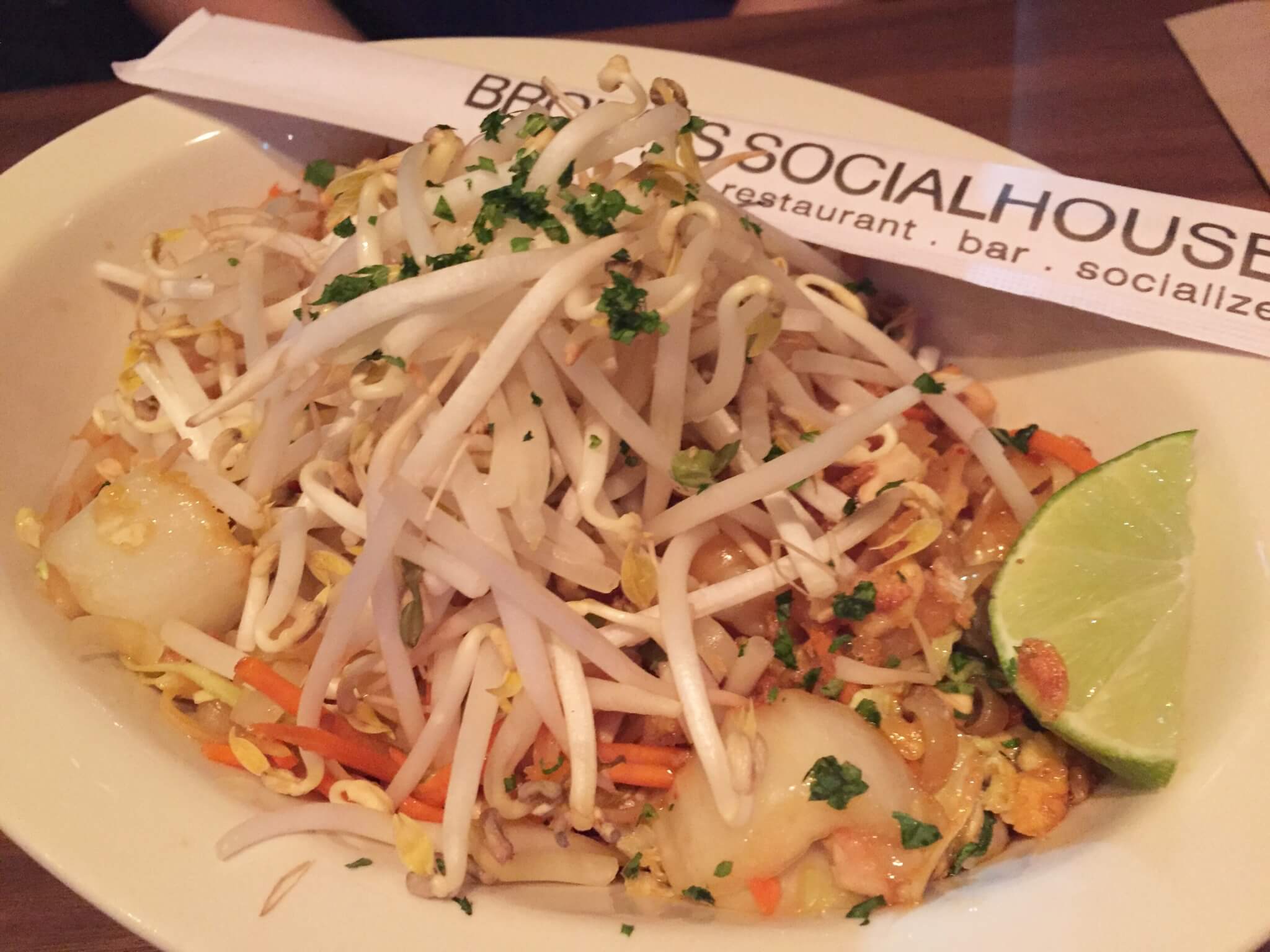 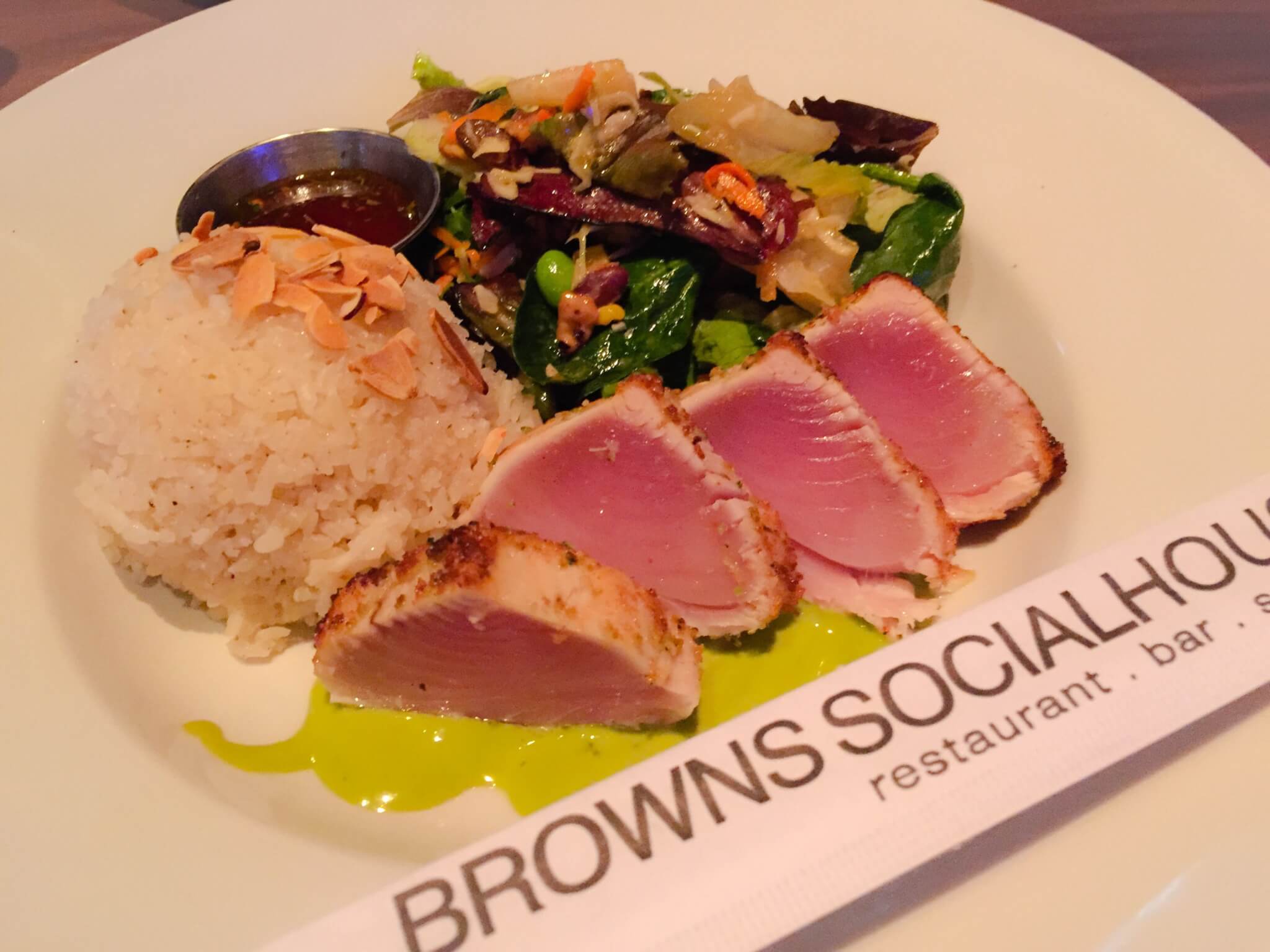 We both really enjoyed our dishes. I loved the lemongrass crusted albacore tuna (a bit different of a crust on tuna) and the wasabi mayo. The vinaigrette was also a tasty combination. I didn’t find the almond rice to be as good as regular steamed white rice would be it was a bit bland to be honest, but points to them for trying to be different. Lisa really liked her Pad Thai and was happy it wasn’t overly spicy. Like my soup, the main dishes came out extremely quickly and the presentation was nice. 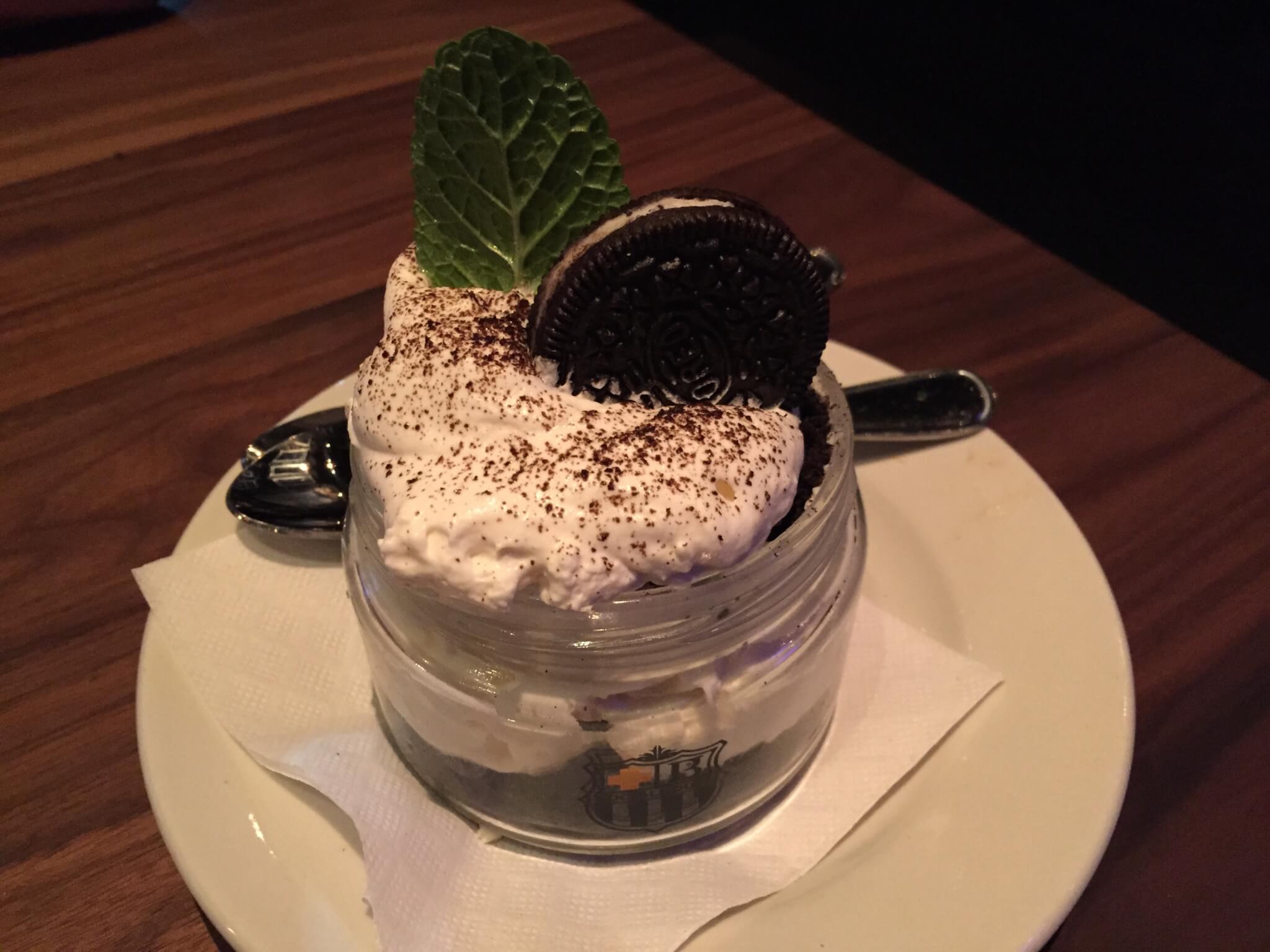 Lisa ordered a dessert for the sake of this review :) She got the Oreo Jar (light Oreo cheesecake with crushed Oreos and whipped cream) – $6.95. She loved this and was surprised by just how much is packed into the jar. She thought the ratio of Oreo to cheesecake to whipped cream was also perfect. I had a few bites too and for not being a dessert person, I did like this Oreo jar! 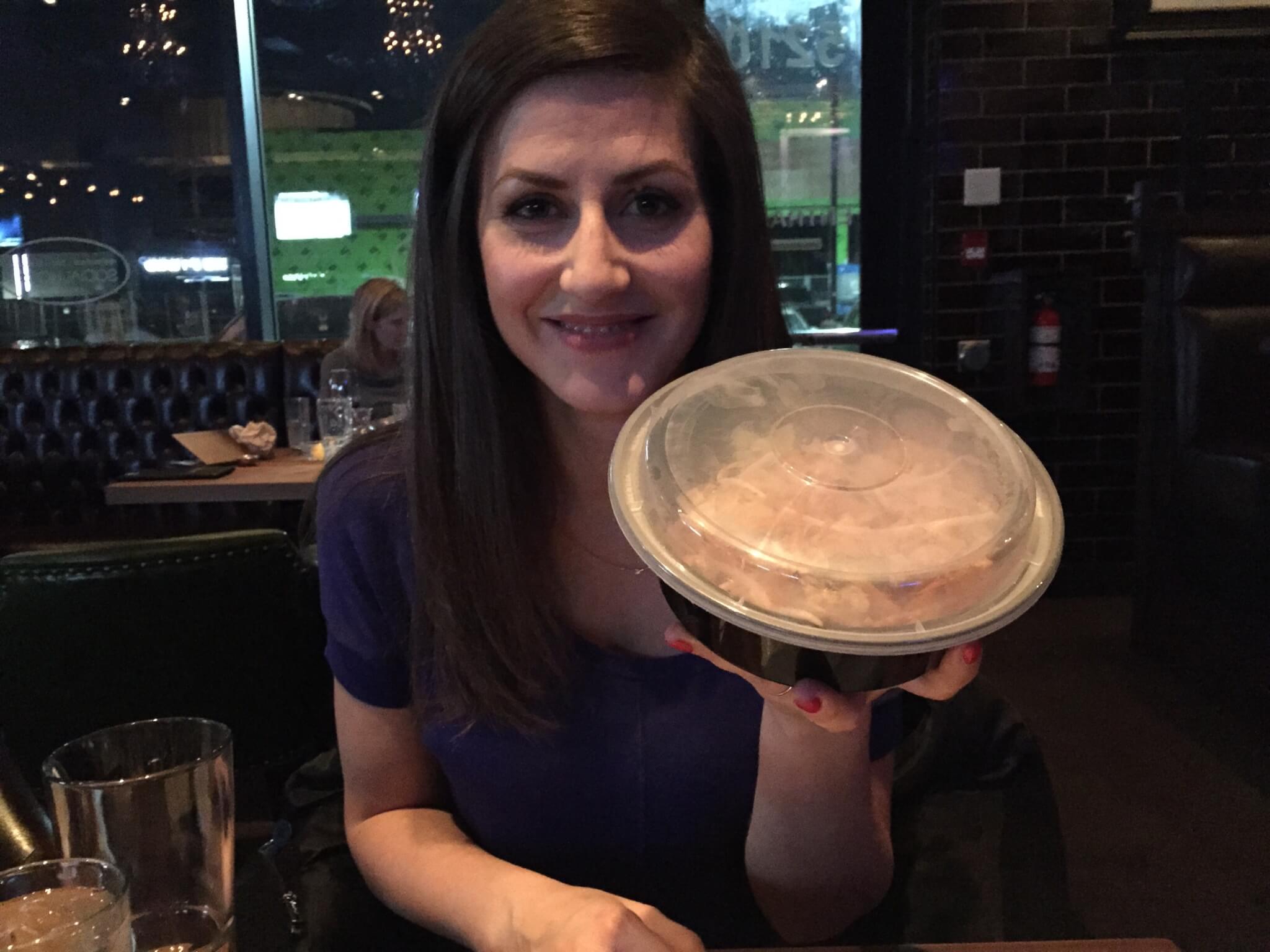 Lisa didn’t finish her pad Thai so had it packed up to go and wanted to note that the to go containers are heavy duty plastic! She also wanted to note that in her previous trip to Browns she had their Dynamite Sushi Roll Salad (dynamite rolls with cowboy or cowgirl starter salad) – $15.95 – and thought that was both tasty and had a good quantity for the cost. 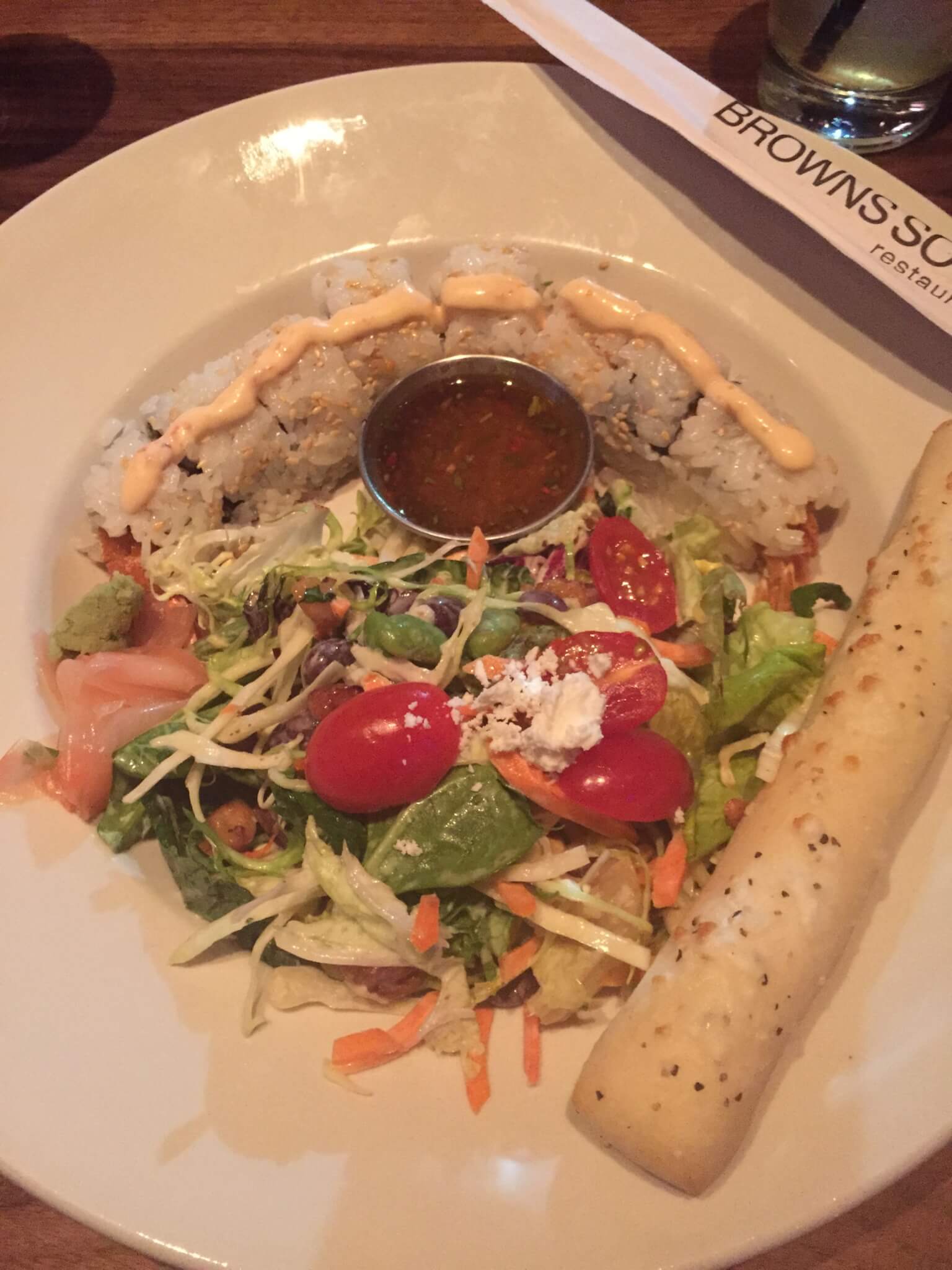 Overall, I thought Browns Socialhouse had a great atmosphere, great service (quick and our server was super attentive), and pretty good food. I am not blown away by any of the dishes we tried but they were good. Also not too bad on prices – all but I think three dishes are under $20.

Brown’s is part of a Canadian chain so there a few locations already across Alberta, B.C (where it started), Sask. & Manitoba. I compare them to something of an Original Joes or State & Main (which I think also has nice atmosphere & good food).

Lisa is super excited to have more dining options in her neighbourhood for close-to-home date or girls nights – and even just taking the kids here too as they’re kid friendly. It’s not overly upscale/fancy and it’s definitley nicer than your average pub.

I think they’ll do quite well in that area as the “neighbourhood” restaurant. I would happily come back (in fact I’ll probably join Andrea for that bruch I mentioned!) and Mike also wants to try it as it is basically named after him (Mike Brown lol).

So have you tried Browns? What did you think!?

Linda Hoang is a Canadian blogger based in Edmonton, Alberta, who writes about travel, food lifestyle and pet topics. She's also a seasoned social media/digital strategist with a journalism background. Linda loves exploring the world with her husband Mike, eating their way through cities, supporting local businesses, and photographing Instagrammable Walls. She is the founder of the Edmonton International Cat Festival and a fur-mom to two cats and two dogs.
PrevPreviousSocial Media Notes (#59) – Links for the Week of February 23 – March 1
NextGiveaway: Tickets to the Edmonton Home + Garden Show March 19-22Next