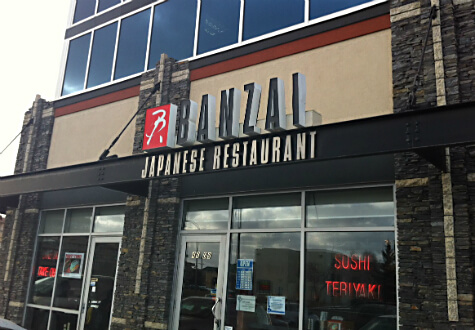 On Thursday I had lunch with my brother at Banzai Japanese Restaurant (4608 Calgary Trail)! His work recently relocated him to a different building that happens to be a lot closer to where I work so I hope these brother-sister lunch dates can become a more frequent occurrence. :)

We chose Banzai mostly because of its proximity to work and also because we had buy one get one half off coupons, lol. I’ve been to Banzai a few times before this most recent outing and had never been disappointed with it. It’s basically a very inexpensive Japanese restaurant with a fast food venue feel. It’s good if you’re in the neighbourhood looking for some quick, decent and cheap Japanese food. 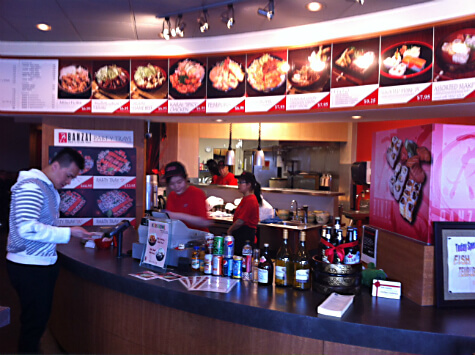 You order at the counter, sit down, and they call your number when you’re meal is ready. It’s a very similar set up to Mt. Fuji – which happens to be one of my favourite Japanese restaurants – but it’s definitely not as good as Mt. Fuji. As well, if we were to compare bento boxes of Banzai with other Japanese restaurants in the city (Mikado and Kyoto come to mind instantly), then Banzai’s boxes really pale in comparison. 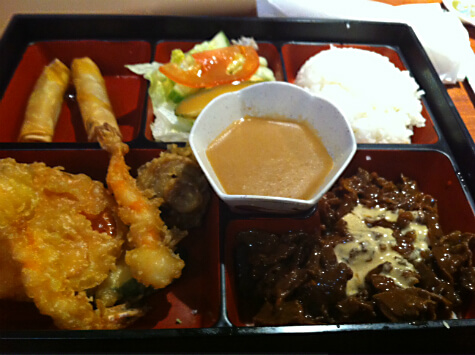 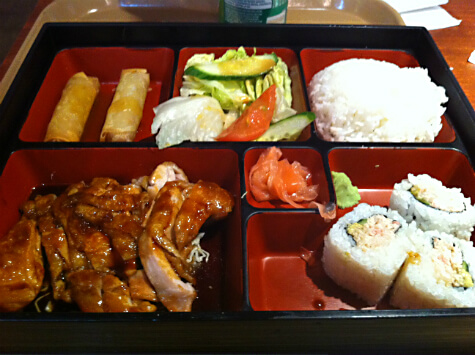 There’s good variety of items and we both ate everything in our boxes. For the price you pay, you get good stuff. Although for $3 more, the bento box at Mikado tastes a whole lot better and you get a whole lot more! I’ll admit even after I finished off my bento box I was still craving more food! But I’m kind of a piggy. 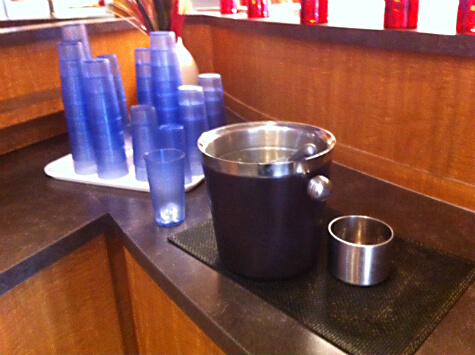 Self Serve Water at Banzai.

Overall Banzai’s a good place to go for some Japanese food if you’re in the area and need a quick, cheap, fix but if you’re able to drive to other Japanese restaurants in the city (in which there are many) then you’re likely better off going there for a more high quality meal. The place did fill up very quickly while we were there for lunch so it’s definitely popular in the area.

I haven’t tried anything else from Banzai other than the bento boxes so next time I stop by (since as I said, it’s close proximity to work! Convenient!), I’d like to try one of their rice bowls. I also wish they had a bento box option that included sashimi or a chirashi bowl option. As a lover of raw fish it deeply saddens me when I can’t get some fish in for cheap, lol. The fact that they do not have either of those contributes to my lower ranking for them. (They do have assorted sashimi but it’s not filling enough and too expensive on its own).

So have you been to Banzai? What did you think!?

Linda Hoang is a Canadian blogger based in Edmonton, Alberta, who writes about travel, food lifestyle and pet topics. She's also a seasoned social media/digital strategist with a journalism background. Linda loves exploring the world with her husband Mike, eating their way through cities, supporting local businesses, and photographing Instagrammable Walls. She is the founder of the Edmonton International Cat Festival and a fur-mom to two cats and two dogs.
PrevPreviousClicks of the Day: Thursday, Feb. 23, 2012 Edition!
NextClicks of the Day: Monday, Feb. 27, 2012 Edition!Next