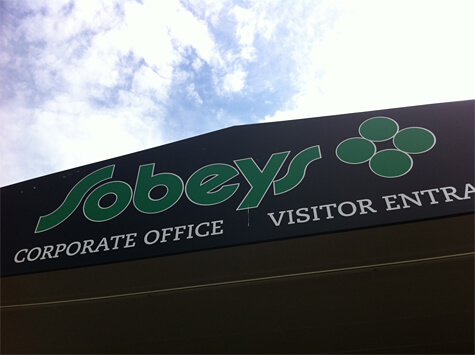 On Wednesday I got a chance to participate in a “sensory tasting workshop” put on by Sobeys!

@hedgehodge invited me (thank you!) originally to the Tuesday session but I couldn’t make Tuesday so I was lucky there was a second workshop on Wednesday!

I love food, I love trying new restaurants and cooking new dishes and I love blogging about it but I’ve always been terrible at describing WHY I like a dish. It’s often “good” or “bad” but not “the texture was crunchy and it smelled like cinnamon infused with vanilla” (lol).

That’s why I was especially interested in attending the workshop because it promised to show me what kind of “taster” I was and give tips on how to be a better taster so I can get the most out of my food! 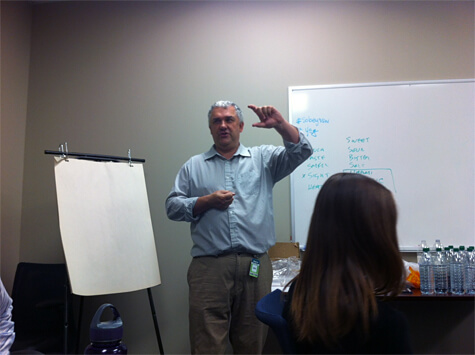 The workshop was led by John Hale, Sobeys’ Director of Consumer Care and Sensory (or “sensory master” as I like to call him). John has been in the sensory biz for more than 25 years. He’s a very nice, funny guy, with a ton of information.

We learned about the history of sensory science, what Sobeys does with their sensory taste panel, how we taste and the science behind senses.

Then we took our own sensory test. 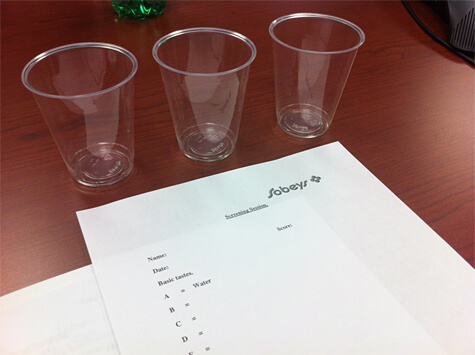 Time for the sensory test…

The sensory test included sipping mysterious clear liquids, smelling aromas and determining what the smell belonged to and doing a colour test. 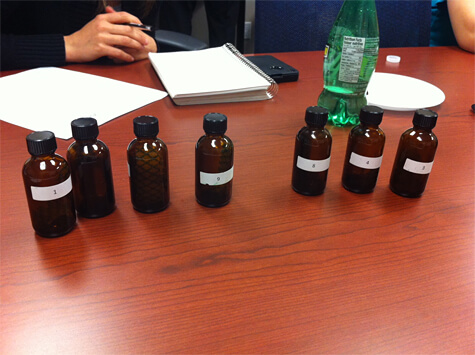 I knew I was going to do abysmally and I was right. At 84, I got the lowest score out of everyone in the room, just barely holding onto the bottom end of the average tasters spectrum. (If you get below 80 you’re considered a zero taster!) You need to get at least 111 to be asked to participate in an actual Sobeys sensory panel so I definitely didn’t make the cut. Anything over 140 makes you a super taster (we had two super tasters in our group).

Worth noting: myself and two other Asian people were in the bottom three for worst tasters. The explanation for this was because Asian people tend to eat a lot of spicy food and since hot spice/chiles destroys your tastebuds, we probably had less tastebuds than others in the room. 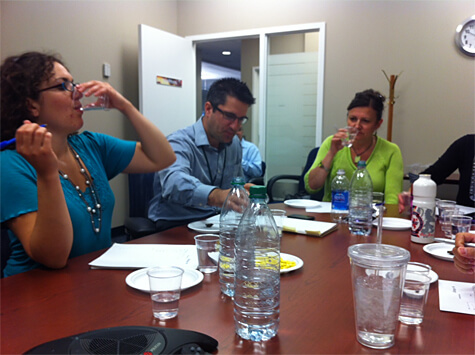 Sobeys has been using sensory testing since 2008. John says about 3,000 products are tested each year by consumers who are on the Sobeys’ Sensory Taste Panel. There are 80 panelists across Canada. The oldest is 78 years old while the youngest is 24. Panelists participate in very controlled, very unbiased test sessions to determine of products are ready for store shelves.

This is the first sensory test “tour” Sobeys has taken that include people who aren’t just employees of the company. On Tuesday a few foodies/media were invited to the workshop in Edmonton. They were in Winnipeg on Monday and today they are supposed to be in Calgary. That should wrap up their “public” tour for the rest of the year but they told me they might try and come back to Edmonton to do another workshop in the evening – so more “foodies” can attend! 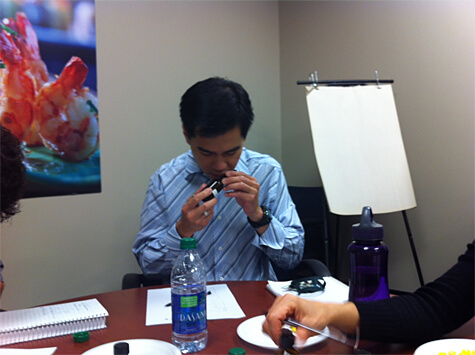 I was disappointed that my score was so low but happy to learn all that I did – including the breaking down descriptions into the four categories (appearance, aroma, flavour and texture). I will try to apply that technique to future restaurant reviews and hopefully it goes beyond just “good” or “bad”! ;)

It was a very interesting experience to take part in and I’m glad I got the chance to! If they do come back again I would love to give it another go and see if maybe my tastes have improved! (Although I don’t see myself giving up hot/spicy food anytime soon that my tastebuds probably won’t be coming back anytime soon…)

CTV’s Consumer Watch reporter Laura Lowe attended the Tuesday session,
click here or the image below to watch her report! 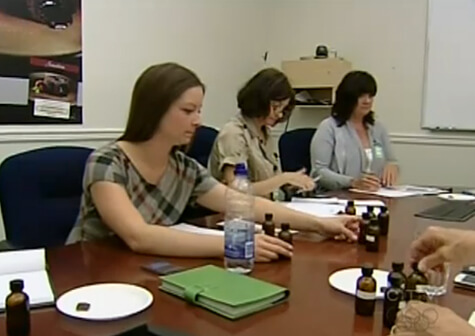 Click here to watch the CTV report on the sensory workshop!

Linda Hoang is a Canadian blogger based in Edmonton, Alberta, who writes about travel, food, lifestyle and pet topics. She's also a seasoned social media/digital strategist with a journalism background, the founder of the Edmonton International Cat Festival and co-founder of Stop Race Based Hate, an online anti-racism education tool. Linda loves exploring the world with her partner Mike, eating their way through cities, supporting local businesses, and photographing Instagrammable Walls. Linda is a fur-mom to two cats and two dogs.
PrevPreviousReview: The Mad Platter Bistro
NextRecap: Making Butter Chicken for the first time!Next