Last weekend, Mike and I headed down to Hudsons Canada’s Pub (Bourbon Street) to check out their new menu. Hudson’s has gone through a re-brand recently – including changing their name + look/colours (I only just realized when I was googling their website for this blog post, that they’re officially no longer Hudsons Canadian Taphouse!) and doing a fairly large overhaul to their menu.

Hudsons’ menu is meant to be very “Canadian” – with inspirations and flavours taken from coast to coast. I think over the past few years, with the rise of other pub/restaurant chains like Original Joe’s, State and Main, and now Brown’s Social House, Hudsons has probably suffered a bit. I know personally, if I’m in the mood for pub food – I’d lean towards the first three places over Hudsons. I’m sure that’s a part of why they rebranded (took out the ‘taphouse’ in their name) and is putting a bigger emphasis on the food.

Obviously the change is a welcome one! :)

Read on for a recap of what we tried and enter for a chance to win a $50 gift card to Hudsons so you can try their new menu too! 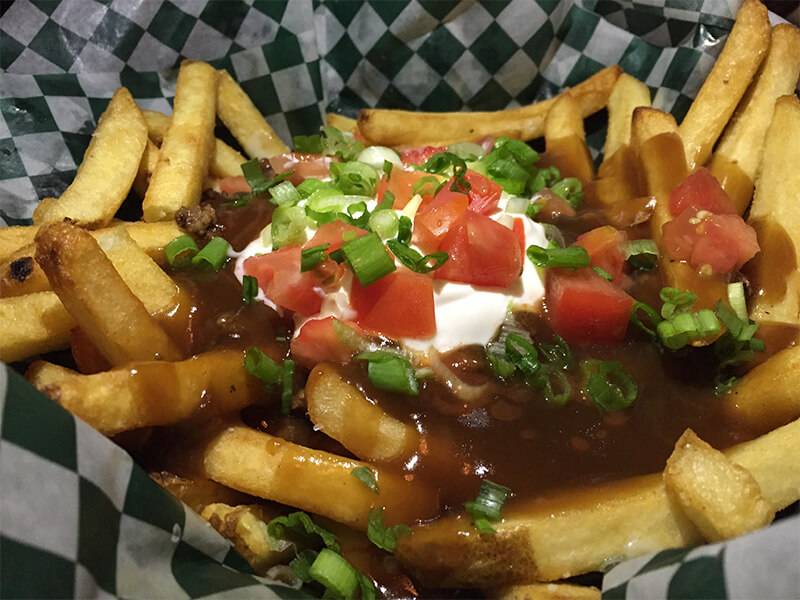 We started off the night with the Campfire Poutine – fries, cheese curds, house gravy, ground beef, bacon, tomatoes, sour cream, green onions, and hot sauce ($13.25). This was – amazing. One of our new favourite poutines for sure. What does it for us is the hot sauce mixed with gravy. It adds such a nice kick to each bite. We couldn’t stop eating this poutine. 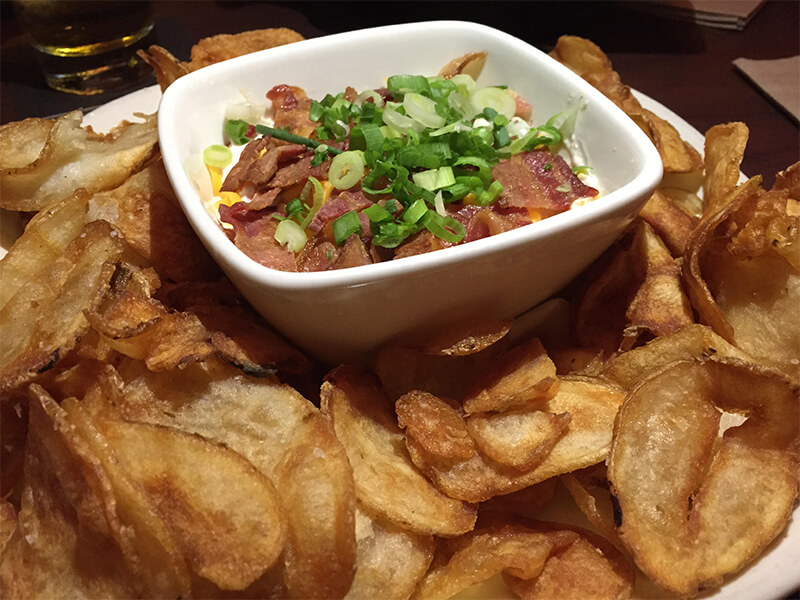 Our other appetizer was the Loaded French Onion & Bacon Dip served with thin cut kettle (cactus cut-style) chips ($11). You get a huge portion of chips with this dish and as readers would know, sign me up for anything chips-related. One of my must-orders if we are ever at Boston Pizza are their Cactus Cut Potatoes with their spicy dip. Hudsons’ dish certainly rivals that. The French onion & bacon dip itself is super tasty (anything bacon, #amiright?) and the chips (all but maybe one or two) were just the right amount of crispy. 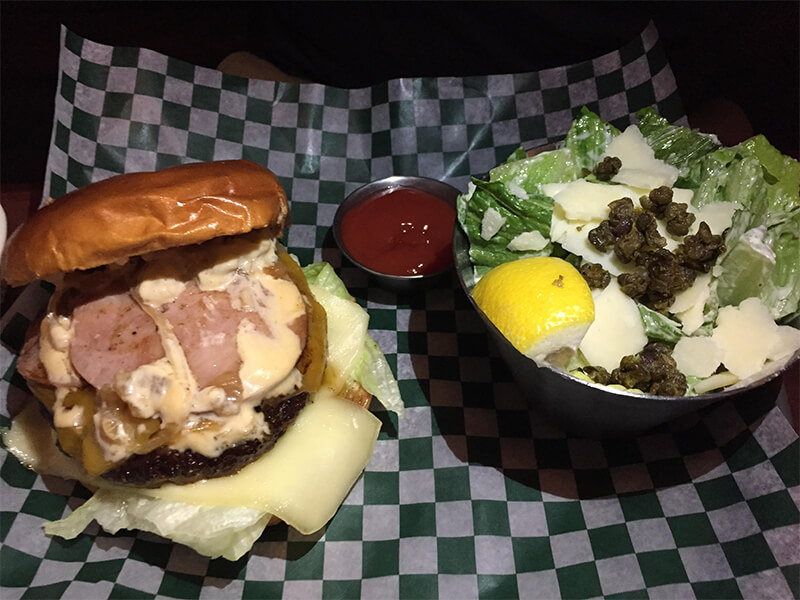 For our mains, Mike went with the All-Canadian Burger featuring Alberta beef, oka cheese, Canadian cheddar, back bacon, lettuce, tomato, Lumberjack Lager-braised onions, and Hudsons’ Maple BBQ mayonnaise served with a side Caesar Salad with deep fried capers instead of croutons ($15.50). He really liked this burger. The patty was super juicy and the Lumberjack Lager made for very memorable onions (in fact I asked him a few days later what he liked about the burger and he said, ‘I really liked how they did the onions’). He wasn’t a fan of the capers over croutons on the Caesar but I LOVE capers and thought it was an awesome (and kind of unexpected/sophisticated) substitution. Mike is mostly not a fan of capers because they are so salty but if you’re a salt girl like me, you’ll dig this. 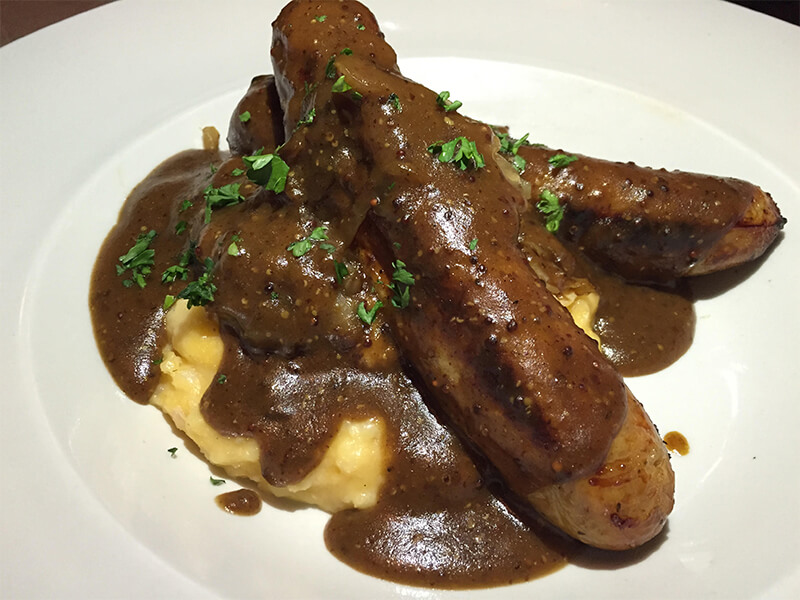 I wanted to be different, and try something I thought wasn’t a typical “pub food” dish – so I ordered the Homestead Chicken Sausages – Spolumbo’s apple maple chicken sausages with cheddar mash potatoes and onion demi-glace ($15.50). I have to say I was kind of disappointed. There was a taste (tangy taste?) of the sauce that I didn’t really like, and I felt like it permeated throughout everything else on the plate. I was also terribly full by the time we got to this (from the appetizers, but honestly I’d also just finished a 5 course meal out in the country a couple hours earlier). So that could also explain my mostly just ‘meh’ about this dish (and that’s on me). But it’s supposed to be comfort food and in theory it is, but in execution I don’t think it worked. *edit* Hudson’s actually reached out to me after I wrote this and said there was horseradish in the mashed potatoes that seemed to overwhelm most people and did not work with the onion demi-glace so they’ll be tweaking that particular dish, so when you try it it might be tastier! 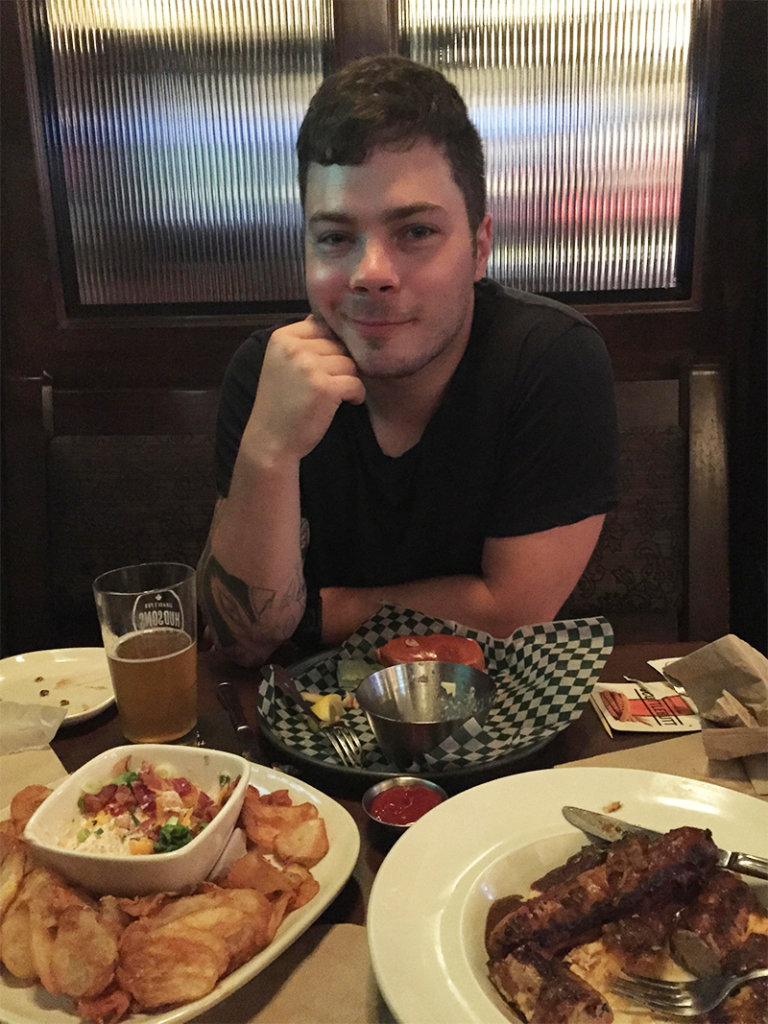 My date to Hudsons Canadian Pub!

Overall though, the service was great and our dishes (except the sausages) would definitely be worth coming back for. Mike had two beers – including Hudsons’ famed Scuttlebutt Hefeweizen, which I guess was once a very popular beer but it hadn’t been on the Hudsons menu for a few years now. (It’s only back for a limited time now – by popular demand!)

We also tried their Maple Bacon Mini Donuts ($7.50) which are – exactly what they sound like. A little taste of K-Days at your local pub. Sweet + bacon goodness. I’m not into maple or donuts so I didn’t like them but Mike – who is a fan of maple, bacon, and donuts – was extremely satisfied. 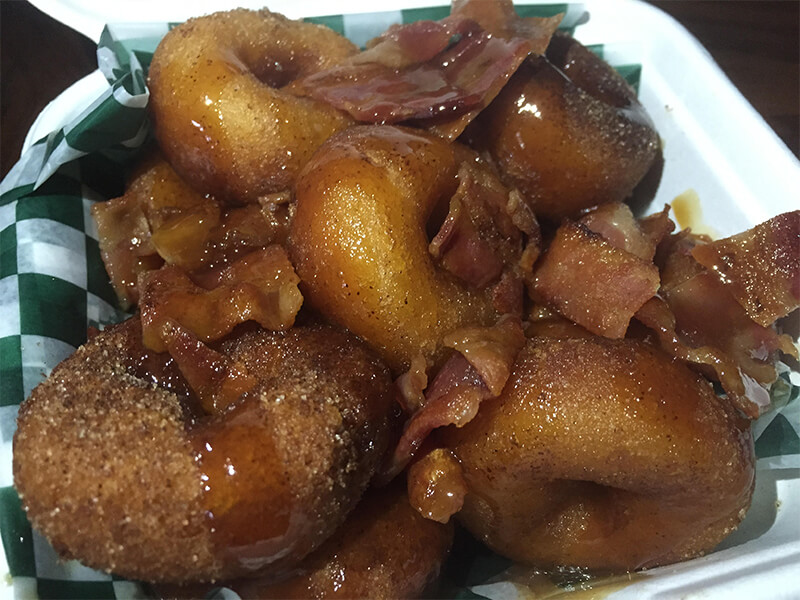 I also wanted to mention that I actually visited Hudsons’ Whyte Avenue location not too long ago and tried their Gruyere Mushroom burger (which is also new on the menu) and thought it was fantastic. (Also, lighting is so much better on a patio, but we know this. lol) 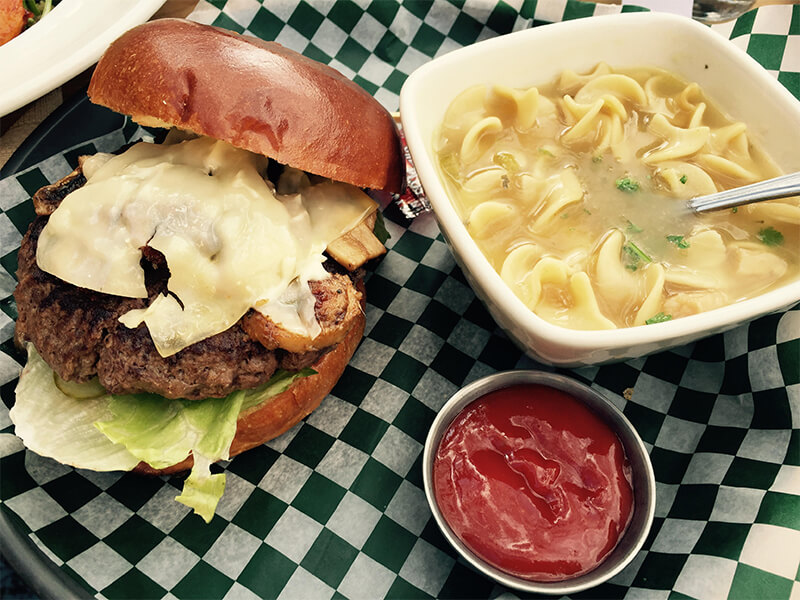 I know I’ll be craving the Campfire Poutine and the French Onion Bacon Dip with Kettle Chips so we’ll definitely be back to Hudsons – sooner than later. Cheap wing Wednesdays is always a good excuse to head to the pub too. It’ll also definitely be higher up for dining considerations when we’re in the pub mood (though admittedly, Browns and Original Joes are closer in proxmity).

I have to commend them for revamping their look and feel (the in-restaurant look and feel doesn’t reflect their online look and feel yet though) and putting a renewed emphasis on their food! There’s no reason why pub food can’t be unique, exciting, or super flavourful.

Thanks to Hudsons for inviting us out to try their new menu and for generously offering this $50 gift card giveaway! Enter below! 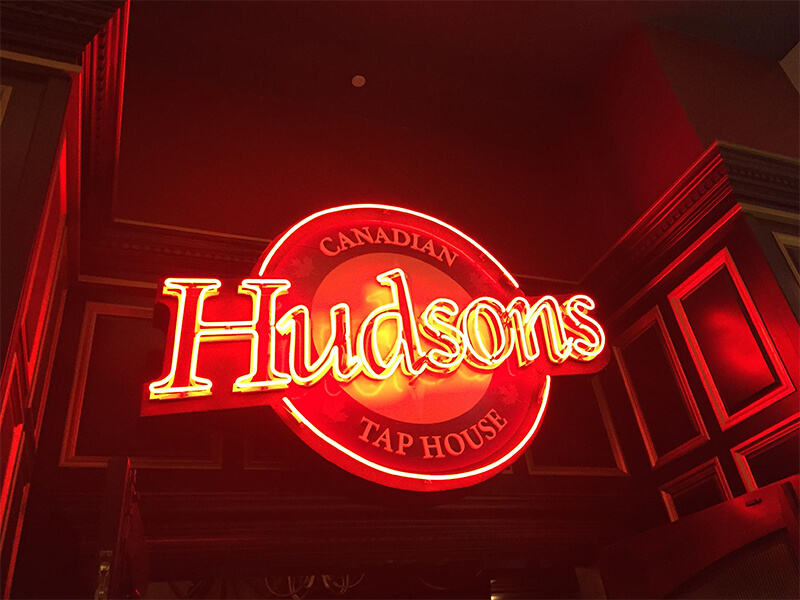 Leaving a comment is mandatory in order to win!

It’s not an option through Rafflecopter but if you also share this blog post on Facebook (tagging my Facebook Page Lindork – Linda Hoang) that will also get you an extra entry! Let me know you’ve done this in the comments too.

I’ll randomly select one winner from all eligible entries.

Note: Comments are moderated so don’t be concerned if your comment doesn’t appear right away!

And even if you don’t win – hope you stop at Hudsons at some point soon to try their new offerings! (That damn good Campfire Poutine!)

Linda Hoang is a Canadian blogger based in Edmonton, Alberta, who writes about travel, food, lifestyle and pet topics. She's also a seasoned social media/digital strategist with a journalism background, the founder of the Edmonton International Cat Festival and co-founder of Stop Race Based Hate, an online anti-racism education tool. Linda loves exploring the world with her partner Mike, eating their way through cities, supporting local businesses, and photographing Instagrammable Walls. Linda is a fur-mom to two cats and two dogs.
PrevPreviousRecap: Family Visit to Portland (Photo Diary)
NextRecap: The Lion King Musical in Edmonton!Next