I’m excited to announce that the next Instagrammable Wall Photo Walk will take place:

Click here or use the ticket widget below to purchase your tickets!

This 3-hour Instagrammable Wall Photo Walk, presented in partnership with the 124 Street Business Association experience will:

Note: Kids 12 and under are free with an adult however if they want a snack separate to parents’ then there will be a cost to cover the snack (limited spots).

Please note: due to Edmonton’s on and off thunderstorms, we will plan to go rain or shine (and fingers crossed there will be no rain, only shine!) but whether we proceed or cancel (with refunds) will be communicated in advance of the walk.

Big thank you to the 124 Street Business Association for being a sponsor for this walk!!

Be sure to join the Instagrammable Walls of Edmonton Facebook Group to stay up to date on wall walks, and share any walls you discover as you’re out and about this summer!!

You’re also always welcome and encouraged to explore the city on your own self-guided walks year-round too! You can use this Guide to Instagrammable Walls of Edmonton (which includes a fair bit of walls but certainly not all of them, and is always looking for more additions!) to help you plan your own exploration.

Instagrammable Walls can be mural walls, bold, colourful walls, graffiti walls, interesting textured-walls – you name it. They are walls that you’d describe as “Instagrammable” (or photographable and shareable online). Instagrammable Walls are not only murals, however there are many murals that are most certainly Instagrammable and in Edmonton, and lots more Instagrammable murals have been added in the city over the years thanks to the efforts of Rust Magic Street Art Festival and Real Fresh Canvas. (Note: not ALL murals are from this festival thoug, and not all walls are murals!!)

A Photo Walk is when a group of people get together and walk around a specific location, finding interesting opportunities and areas for taking pictures. On these Instagrammable Wall Photo Walks you’re encouraged to bring your cameras/phones, cute outfits, water, and comfortable walking shoes!

The first Instagrammable Walls of Edmonton Photo Walk took place on Saturday, June 3, 2017 as part of Make Something Edmonton’s 100 in 1 Day transform your city event. I’ve hosted several walks each summer/fall (a bit of winter) since then, and have also created Guides to Instagrammable Walls in cities where I’ve travelled.

See all my Instagrammable Wall Guides 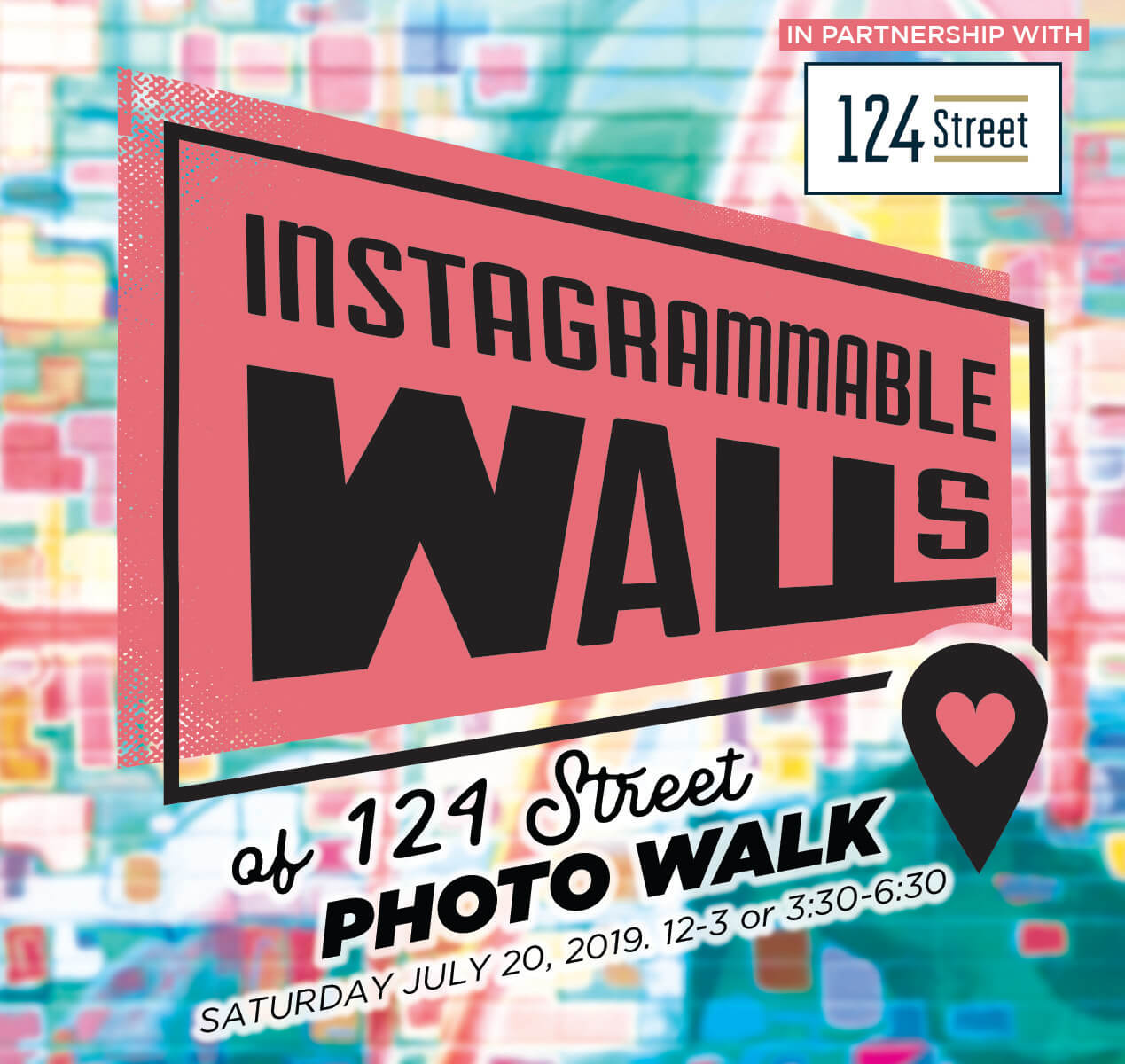 Linda Hoang is a Canadian blogger based in Edmonton, Alberta, who writes about travel, food, lifestyle and pet topics. She's also a seasoned social media/digital strategist with a journalism background, the founder of the Edmonton International Cat Festival and co-founder of Stop Race Based Hate, an online anti-racism education tool. Linda loves exploring the world with her partner Mike, eating their way through cities, supporting local businesses, and photographing Instagrammable Walls. Linda is a fur-mom to two cats and two dogs.
PrevPreviousTravel Guide: What to Do and Where to Eat in Sundre, Alberta
NextGuide to Instagrammable Walls of Kelowna, British ColumbiaNext