Lindork’s Lists #65 – What To Do, Eat, And Things To Know This Week (Non-Subscriber Version)

Please note: Alberta has restrictions in place to address COVID-19. I do encourage you to try and support local businesses during this time, if you’re able, but do so in a safe way. Wear masks, sanitize regularly, avoid crowds, keep at a distance, shop alone, take-out / eat outside, choose digital options if avail and stay home if you are sick.

As well, some deadlines may have passed for time-sensitive food/event recommendations. If you are a newsletter subscriber, you would get first dibs before deadlines pass.

Got an Edmonton area event, virtual event, or something coming up you think my readers would be interested in knowing about? Let me know!

Food To Try This Week

Ate something amazing recently? Want to show some love to a struggling restaurant? Have a take-out suggestion? Let me know to include in this newsletter.

In this week’s Small Business Spotlight, I’m shouting out to Quench Plant, a new Edmonton-based start-up with a newly-launched Kickstarter campaign! Their product helps notify you when your plant needs water!

New on the Blog

On my never-ending mission to find things to do in Edmonton (and these days, outdoors and safely), I’m writing about wheelin’ around the city on VespaYEG rentals! Check out my blog post for Everything You Need To Know About Riding Vespas.

If you decide to book, you can get 10% off using my code LINDORK10.

(I’ll get a small commission on all bookings!) 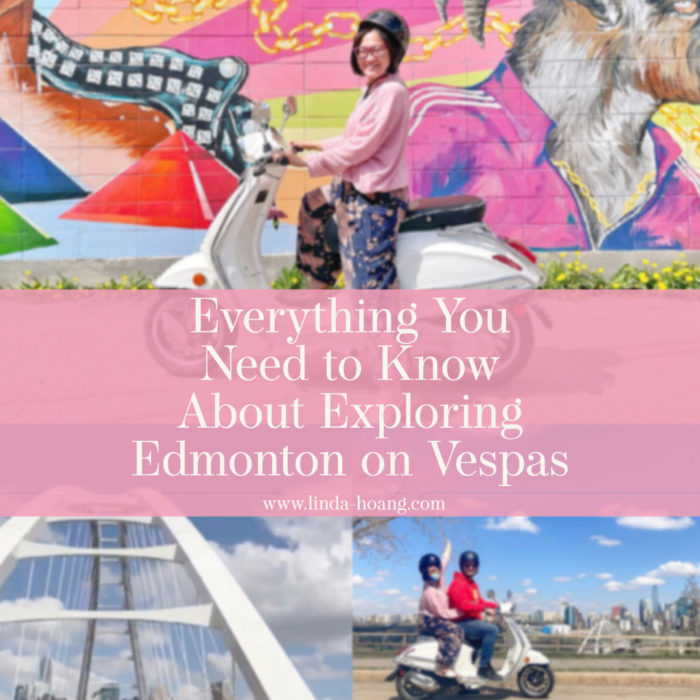 Every other Sunday, I profile a new “interesting person” in a Q&A series just for paid newsletter subscribers. Then a month later, I release that Q&A publicly on my blog. My second Q&A of the series is now live on my blog if you’d like to read it, with Chloe Skerlak, an Edmonton-based Fertility Awareness Educator. 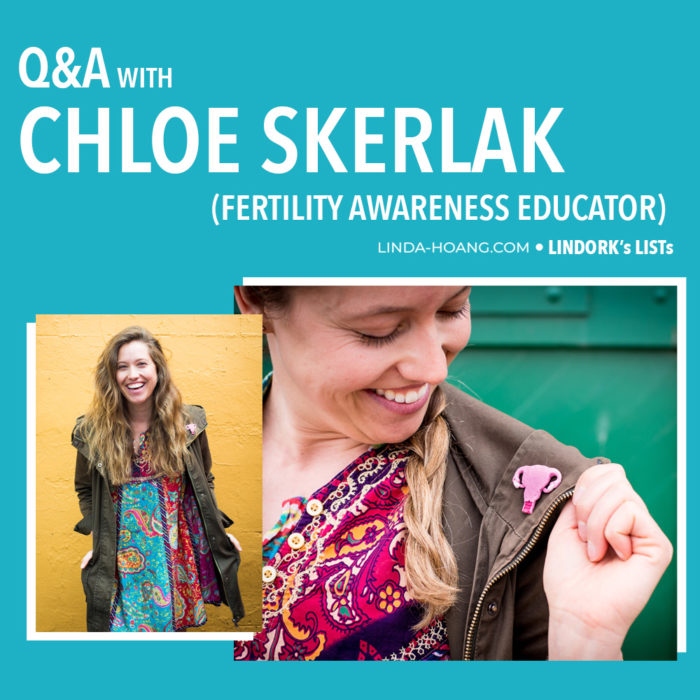 To get the full Q&A, plus a Q&A every other Sunday, access to exclusive paid subscriber-only giveaways, and to support the work I do, upgrade!

Interesting on the Internet

Usually only my newsletter subscribers get my ‘Interesting on the Internet’ content via email.

But I wanted to share this week’s section publicly:

“Interesting” isn’t the right word to use here, but I’ve been seeing a ton of posts online regarding the violence in Palestine right now.

I shared some posts in support of Palestine about a week ago on my Instagram Story and while the response was overwhelmingly positive, I did receive a few messages (very few—like, three), from Jewish Canadians asking me to consider the other side of it, and understand that the conflict is quite complicated and that overly simplified pro Palestine messaging, was dangerous and anti-Semitic.

Those messages I received were respectful messages, and I appreciated the opportunity to learn more about the subject, but my gut feeling at the time was and still that, although yes aspects of the conflict are certainly complex and long-standing, and can’t fully be conveyed in a few social media slides, the CURRENT violence occurring, is not complex. Children are dying. Families are being forced out of homes. One side has advanced military weaponry (Israel). One side has the financial backing and support of the United States and other powerful nations (Israel). Does this absolve atrocities that Hamas, a Palestinian militant group, have done to Israelis, certainly no. Is being pro-Palestine, being anti-Semitic? I believe it isn’t. I don’t believe the actions being made against Palestine = blaming all Israelis nor do I believe the actions made by Hamas against Israel = blaming all Palestines.

I don’t think taking a stance against violation of human rights is complicated.

What I suppose IS ‘interesting’ is that *this* time around, with this particular violence, there is TikTok—showing uncensored videos of bombings. There is an Instagram movement—making widespread education and rallying of support much easier and accessible than ever before. This tweet summarizes that thought well:

if you’re tired of seeing posts about the Israeli apartheid, you’re missing the point. it is only because of social media saturation that even the tiniest shift in discourse is made possible (you can now utter the word Palestine on cable)

As I increasingly use my platform to raise awareness about social issues, as I support the Black Lives Matter movement, as I call for police reform, as I cry out over injustices for Indigenous people, as I find tangible ways to fight back against anti-Asian hate, and other race-based hate, it would be extremely disingenuous for me to be silent about what’s happening in Palestine right now.

I also want anyone who is Jewish and following me to know that wanting Palestine to be free, and children to not be attacked, and families not to be forced from their homes, does not mean that I am anti-Jewish.

With that, here are some posts that better reflect my feelings on the matter:

I get it's complicated as an interpersonal or historical statement but is it complicated when it comes to disproportionate and durational in-plain-sight human rights violations by a nation-state of international consequence with exponentially more resources and military strength?

Spend 1 minute of your weekend watching this @AliVelshi clip on Palestine.

Standing in solidarity with Palestinians doesn’t mean being anti-Jewish. It simply means not supporting the Israeli government in their occupation.

This shouldn’t be awkward. https://t.co/JnmKIbx0wi

As Canadians, this is one tangible way we can support Palestine:

Use this website to send an email to all Canadian federal leaders on Canada's insufficient response to the war crimes in Palestine. It will only take you a minute. https://t.co/NhElIIRJPn

There is much more out there to absorb, but this email will get truncated the more I add, lol. I do recommend following locally, @DrMunaSaleh, for more updates. She’s also listed other accounts:

Many tweeps are recommending others to follow me for updates about Palestine. I appreciate the expressions of support, but please follow and amplify Palestinians who are in Palestine right now 👇🏼 https://t.co/4xF0iooAL1

Be sure to sign up as a free subscriber to receive my full newsletter in your inbox first every Wednesday (before anyone else!) Get hyper local ideas for things to do and places to eat before anyone else + more!

See Past Editions of Lindork's Lists

Linda Hoang is a Canadian blogger based in Edmonton, Alberta, who writes about travel, food lifestyle and pet topics. She's also a seasoned social media/digital strategist with a journalism background. Linda loves exploring the world with her husband Mike, eating their way through cities, supporting local businesses, and photographing Instagrammable Walls. She is the founder of the Edmonton International Cat Festival and a fur-mom to two cats and two dogs.
PrevPreviousWheelin’ around Edmonton on a VespaYEG Rental
NextFriends Food for the Friends ReunionNext