I’m really proud to announce a new anti-racism tool I co-founded—#StopRaceBasedHate—that’s designed to help people find the words to speak out against racism. 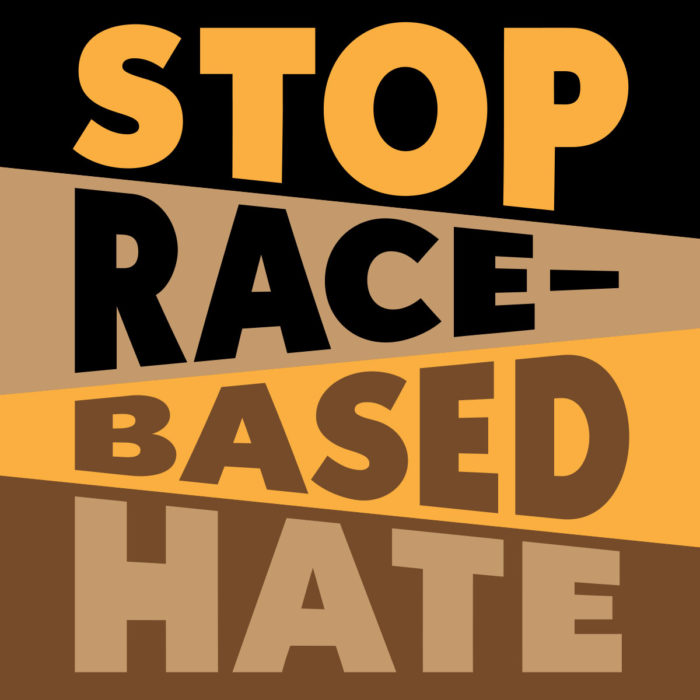 The Stop Race Based Hate tool was born out of the idea that, if people felt like that could confidently articulate why something is racist, then they may be more likely to call it out within their communities.

Often when faced with racist viewpoints, whether directly or indirectly, fight, flight, or freeze instincts may kick in making it tough to respond, address, or articulate your perspective.

My co-founders Jessie Cayabo and Carmen Cheng and I, in partnership with the amazingly talented Kick Point digital marketing agency, wanted to create a website that could simplify the process of calling out racism.

We all donated our time to develop this one-stop shop so to speak, to house content (racist statements) and advice (explanations around why something is racist and how someone might respond) that might help someone address racism and not-so micro-aggressions (there’s nothing micro about racist aggressions) they may face.

Stop Race Based Hate’s main feature is that it contains dozens of racist statements and goes into explanations about why the statement is racist.

We wanted to be very clear here that we didn’t reinvent the wheel—no information on the website has not been said before, or does not exist in other anti-racism resources. We are not anti-racist experts, but as three women of colour, we have experienced racism and  with increasingly public race-based hate crimes, felt compelled to DO SOMETHING… and this is the form our “doing something” took. We relied on existing resources, and collaborated with existing organizations whose communities are impacted by racism. We also include many other anti-racism resources within the statements featured on the website tool.

We don’t want Stop Race Based Hate to be someone’s ONLY anti-racist education resource, but we think it’s an important and useful tool that can be part of your anti-racist journey or anti-racist tool box. 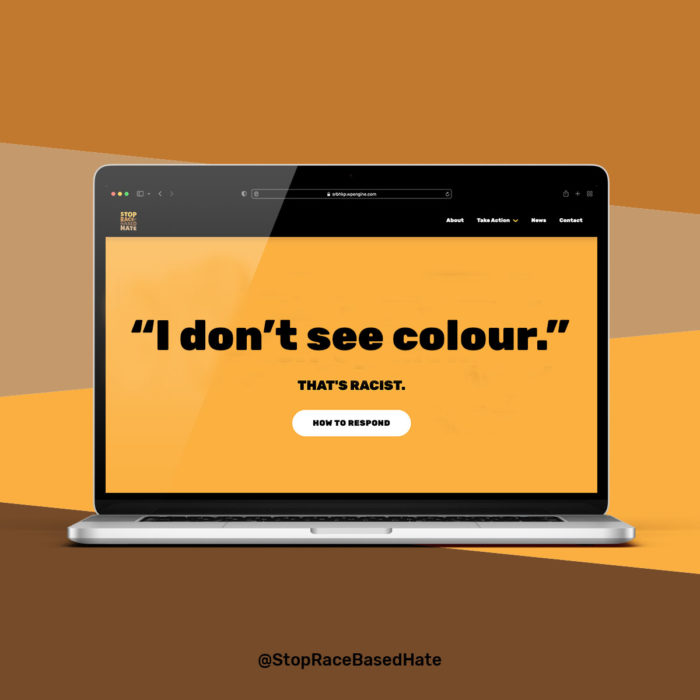 I want to give a heartfelt thank you to the following organizations for providing initial input for the development of the Stop Race Based Hate tool:

This is an ongoing, volunteer-led resource.

Our long-term objectives include adding more statements and scenarios specific to different communities that face racism including addressing Indigenous and Black racism, anti-semitism, Asian hate, and Islamophobia, host anti-racist events and workshops, provide mental health resources for those dealing with racism and ultimately integrating the tool with existing organizations, so the tool can be used within the work they’re currently doing to support racialized communities.

But I do stress the “volunteer” aspect because this project is not our full-time job, we also recognize we may not be doing as much as we want to do, or could do, as often as we’d like to. But we also acknowledge again that there are already many incredible, existing anti-racism resources out there. So we’re happy to be a conduit to those resources as well.

Certainly, the tool doesn’t currently house as many statements as it really could (and eventually will). But that’s also why we developed a Critical Response Template meant to be an outline to guide anyone in creating a response to any racist scenario or situation they may want to speak to.

We certainly aren’t saying speak out against racism all the time, in every scenario—sometimes depending on who is saying the statement, or what scenario or situation you’re in, it might not be safe for you to push back. The Critical Response Template discusses the factors that play into your response—from scenario (intimate gathering with friends) to who said it (your boss versus your mother) to whether you’re able to (you’ve had a tough day already, you’re not mentally prepared to take this anti-racist education work on), or whether it’s safe to speak up.

But ideally using this tool and accessing resources from the tool, will put you in a better position to help eliminate racism in your community. That’s what we’d love to see come out of this. 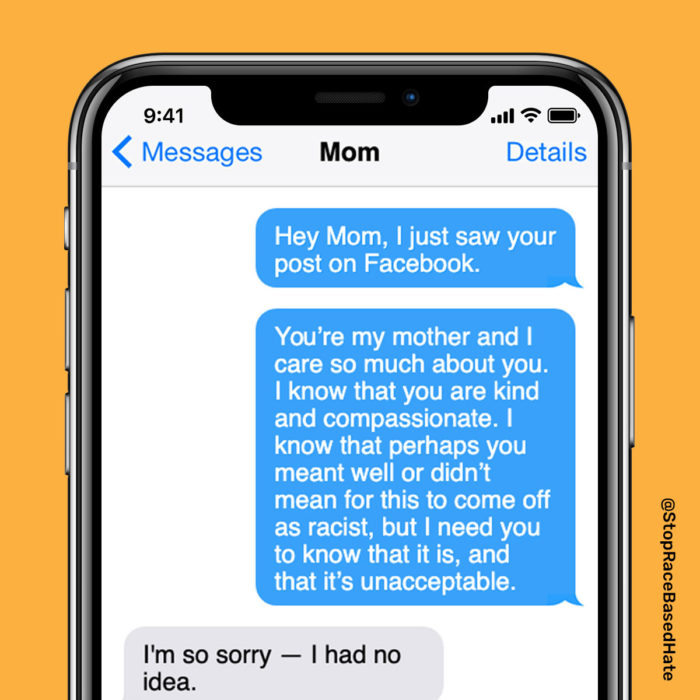 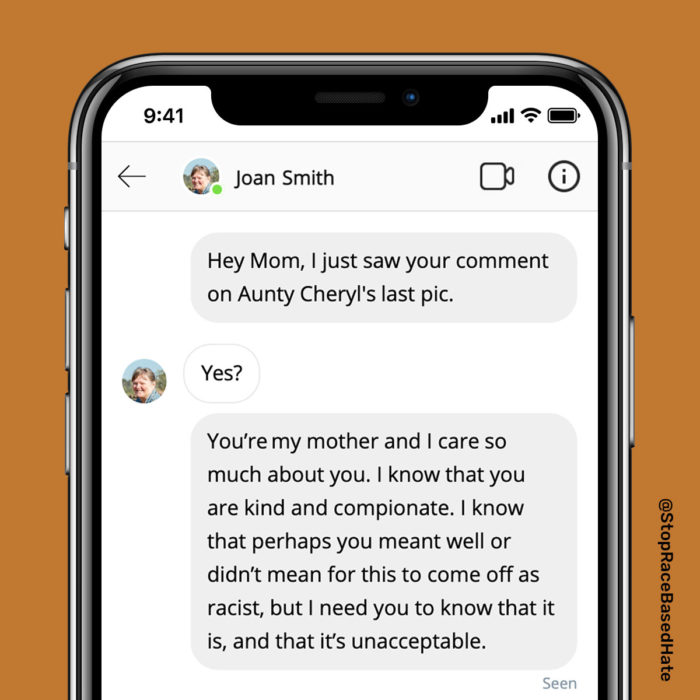 Silence is violence. If we do not address race-based hate, it signals that those views are OK.

Helping all of us be more confident in speaking out against racism is one tangible action we can take to be anti-racist. I hope you will use and share this tool.

If you live or work in the Edmonton, Alberta area, or care about Edmonton content, sign up for my hyperlocal newsletter to get weekly recommendations on things to do, eat, and know this week (in the Edmonton area), plus more exclusive content. You can sign up for a free or paid subscription.

(You’ll get the option to select free or paid after you enter your email).