Every so often I get asked, ‘what’s the trendy thing to eat these days in the city, what’s really popular?’ Last year I felt like the answer was ramen – there were so many ramen restaurants opening in Edmonton and pre-existing ramen places were getting a lot more attention too.

This year? Fried chicken seems to be ‘it’ food. There’s been fried chicken dishes introduced in a lot of great restaurants over the years but this year, so many specifically-fried chicken-focused restaurants have been popping up left and right! 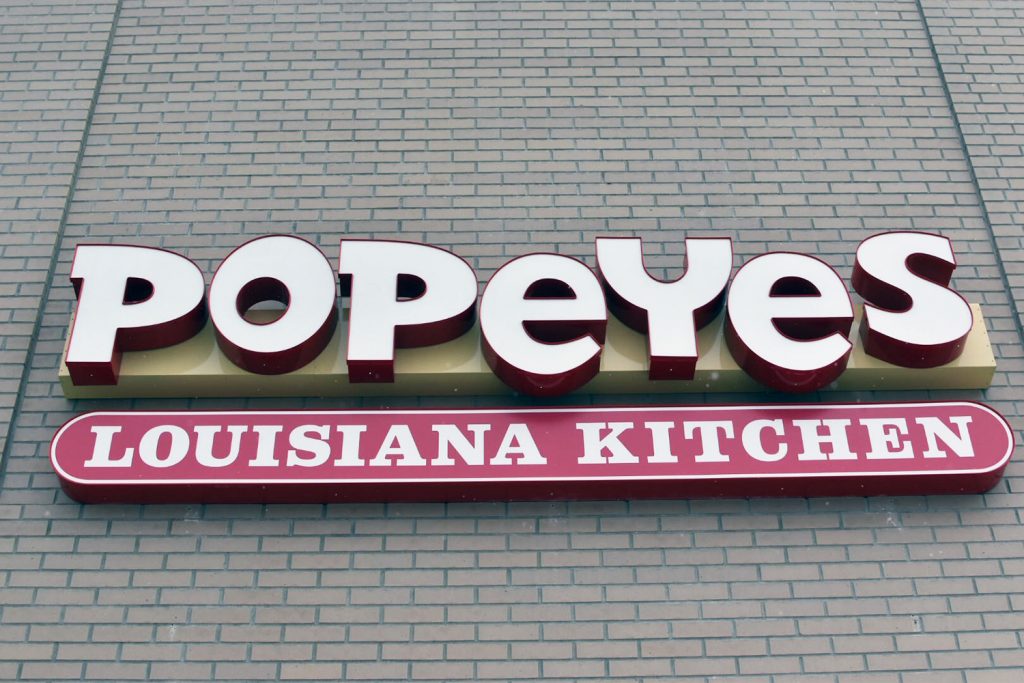 Popeyes Edmonton at 17 Street and 37 Avenue in Tamarack.

Mike and I were invited to visit Edmonton’s first Popeyes Louisiana Kitchen over the weekend!

Have you ever watched that silly Adam Sandler movie Little Nicky?

There’s this scene Mike was reminded of as we sat down to eat our chicken, when Nicky is trying food for the first time and it happens to be chicken from Popeyes. “Popeyes chicken is f*cking awesome,” he says. 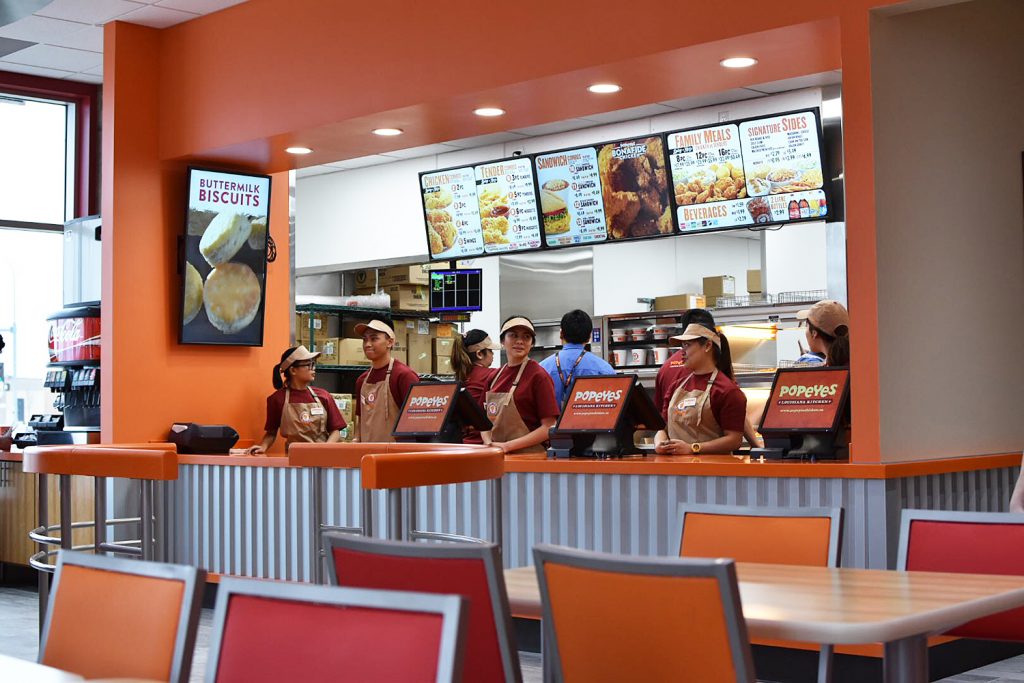 Inside Edmonton’s first Popeyes located at 17 Street and 37 Avenue in Tamarack (southeast)!

Popeyes is a fast food chain that started in New Orleans, Louisiana 40 years ago and today has 2,000 locations around the world.

This Tamarack location is their first in Edmonton (and Alberta!), and franchise owners Eddie and Kyle say there will be at least three more opening in the next year – including one in the north side, one in the south side (Calgary Trail) and one on the west end. With many more to come after that (I saw a tweet saying all the stores will create 700 new jobs in the city! Fantastic).

Popeyes specializes in Southern, Louisiana-style chicken which you can get in mild or spicy flavours. 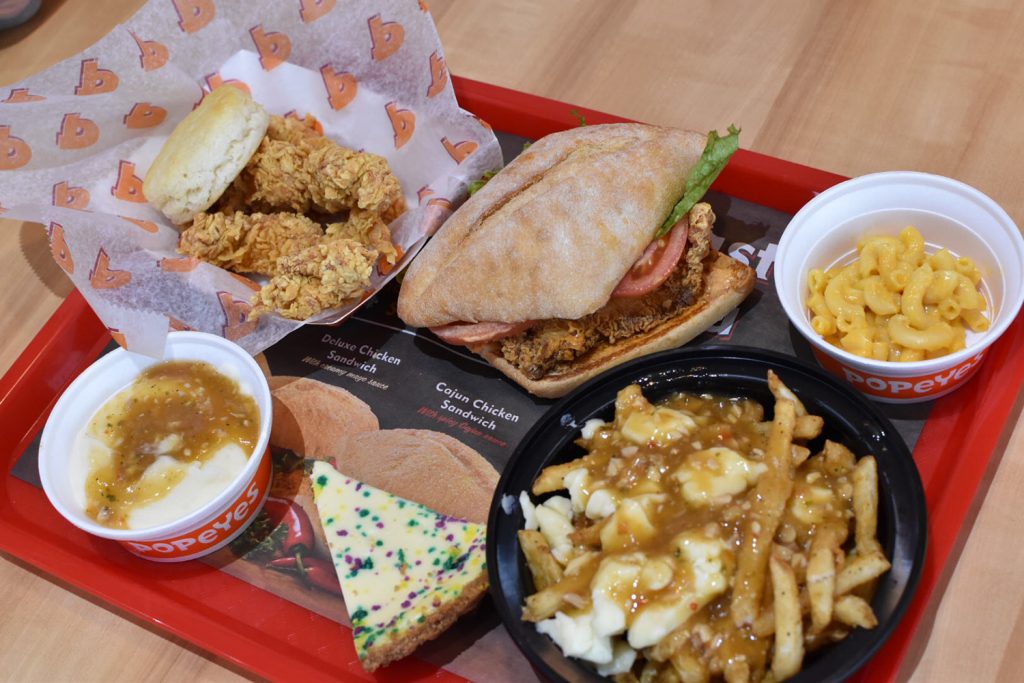 We ordered a variety of items to really try a range of what Popeyes has to offer including the spicy chicken tenders, Cajun chicken sandwich, Cajun poutine, mashed potatoes with Cajun gravy, Mac & Cheese, Bonafide mild chicken, and Mardi Gras cheesecake!

Mike and I really enjoyed everything we tasted. I’ve had some pretty chintzy chicken tenders in my day, so that’s not how I’d describe Popeyes’ at all. Big cuts, very crispy, and the spice is a nice touch.

My favourite dish from Popeyes was the tenders and mashed potatoes with Cajun gravy. The buttermilk biscuit that comes with the tenders was also great. Mike really enjoyed his Cajun poutine and was obsessed with the Mardi Gras cheesecake. 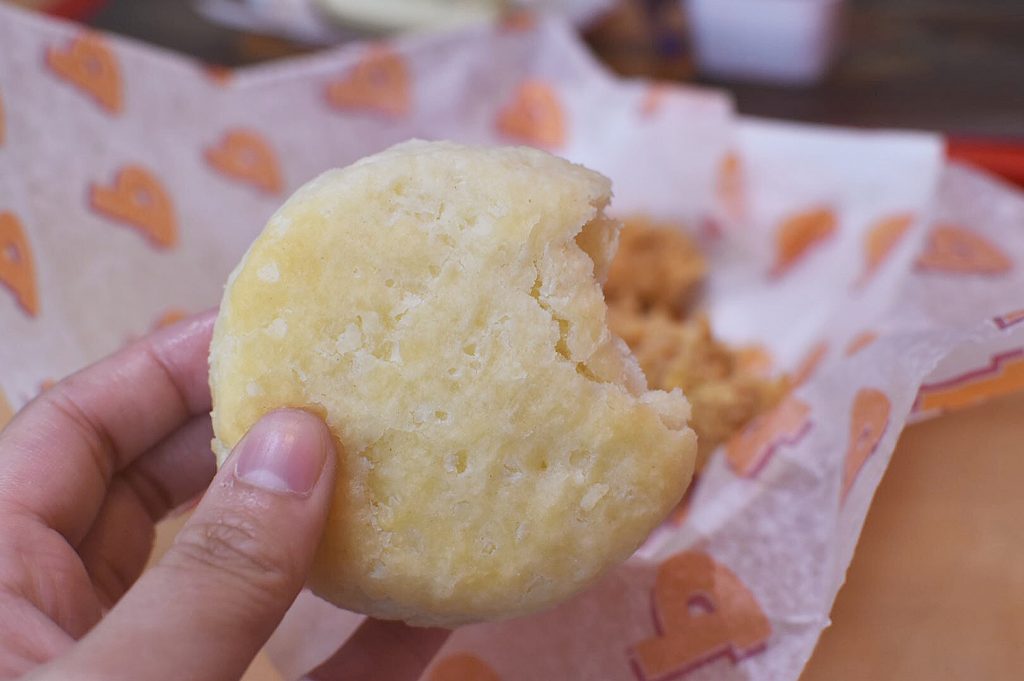 This location of Popeyes is a bit far a drive for us, but once they open the South Park (Calgary Trail) one, and the west end (tentatively Westmount) location, I could see us making more frequent stops to Popeyes for some quick, Louisiana-style fried chicken! 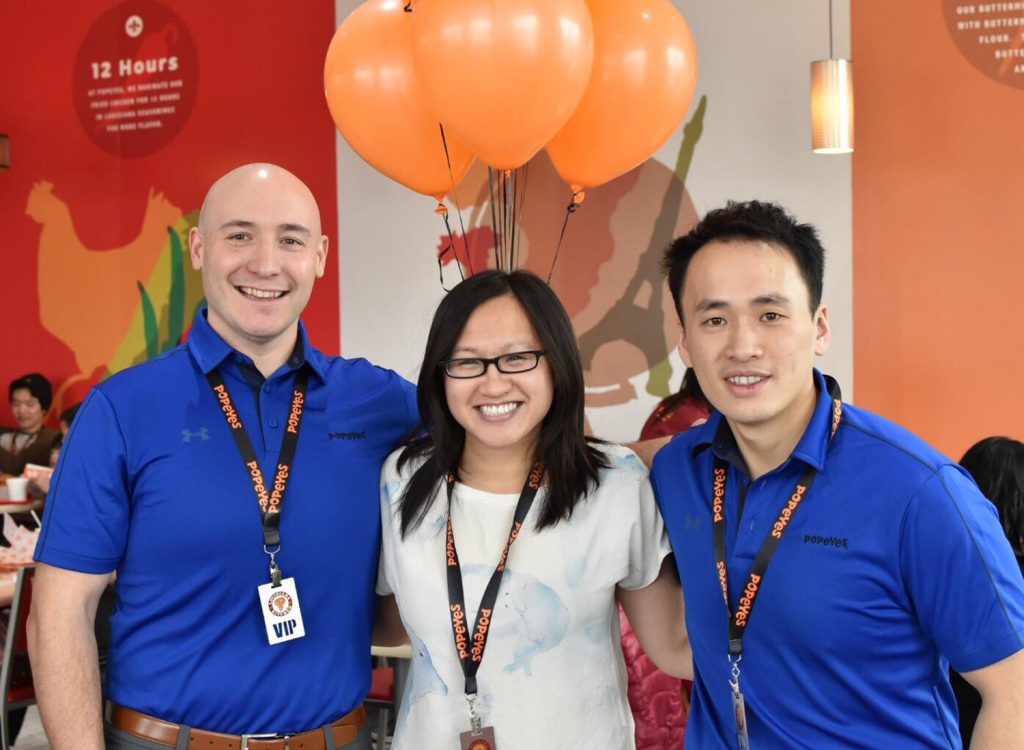 Congratulations to franchise owners Eddie and Kyle on the opening of the city’s first Popeyes (and on the upcoming locations!)

It makes a nice addition to all the other fried chicken options in our great city.

I know chain restaurants often get bad raps but honestly, there’s a lot of great aspects to them (and also, let’s not be snobby, okay?) Here’s a  good read from the Washington Post, with some great points about chains!

Now enter below to win a gift card so you can try Popeyes’ chicken. 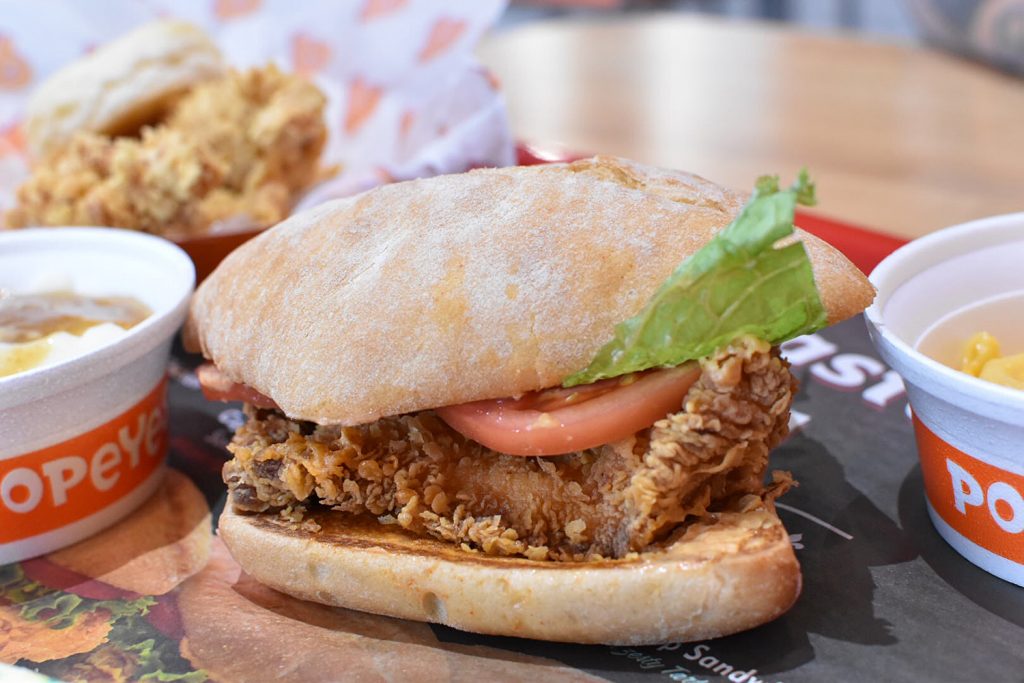 I’m giving away a $50 gift card to Popeyes Louisiana Kitchen!(It’s actually five $10 gift cards but I’m grouping them together lol)

There are a few ways you can enter including:

Please note: your comment may not appear right away as comments are moderated.

I’ll select a winner when the giveaway closes on November 27, 2016.

Disclaimer: I will always provide my 100% honest opinion on this blog. Popeyes Canada  partnered with me to promote their new store launch and run a giveaway for readers. This does not affect the opinions stated in this post. (I wouldn’t say I liked it if it didn’t!)