Whenever anyone asks me what Edmonton escape room they should try, the two companies I’m always recommending are Escape City and GTFO.

Their rooms have quality storylines, set production, and puzzle variety (and complexity).

You can’t go wrong at either, which is why I’m always excited when they come out with a new room, which is the topic of today’s blog post and giveaway!

GTFO recently launched their new room Europa Colony 4836, a player vs. player room that pits two teams against each other in a race to get to the only escape pod remaining on a colonized moon of Jupiter after an unexpected meteor strike cripples the base. Fun, right?

This is the first player vs. player escape room I’ve ever played. There have been rooms I’ve played where your group is split into two sections, but generally you’re trying to work together to solve the puzzles and get out of the room.

GTFO’s Europa Colony 4836 adds a layer of competitiveness, where you go in split off into two teams and each team tries to solve their puzzles quickest in order to escape, and under 45 minutes.

My friends at GTFO invited Mike and I to try Europa Colony 4836 with our friends this weekend, and I’m happy to say that my team (comprised of Mike, myself, and our escape-room-loving-friend Brittney) finished the room in near-record time (19 minutes!!!) 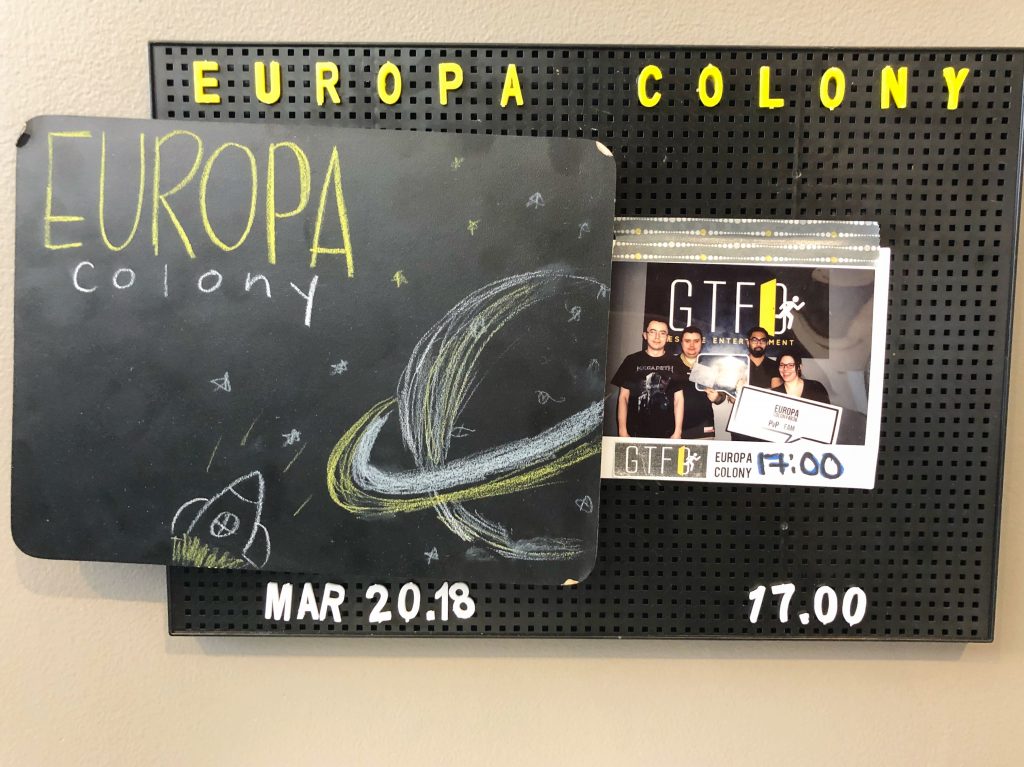 The winning team made it out in 17 minutes (but there was FOUR of them!) So in theory, we did better with our 19 minutes with THREE people, right?

The suggested minimum number of players for this room is 4 (so you’d be split into a 2v2 match), which I think would be ideal for wanting most difficulty out of the room. We were at 3v3 and I did find that made the room move a little easier (it also likely helped that Mike, Brittney and I have collectively probably played over 60 escape rooms lol). Our opposing team who had less than a handful of escape room experience between them found the room challenging, so 3v3 is probably challenging enough, just depends on the escape room experience make-up of your team.

Overall we really enjoyed Europa Colony 4836 (though it’s not my favourite at GTFO—Nightfall is my absolute favourite room there!) I think the player vs. player aspect is unique in Edmonton (at least, at the time of writing this blog post) and I did love how knowing we were competing against another team/our friends drove us to move even quicker than we maybe would have if we hadn’t been pitted against one another. They have an area in the room that shows you the progress your opposing team is making, which really pushes you to work even harder.

There’s also a “New Game+” aspect to Europa Colony 4836, where if you do finish the game a little early and have time remaining in your 45 minutes, there’s a bonus challenge your entire team can work together to solve!

Although we made it out of the main game in 19 minutes, we were not successful with figuring out the bonus challenge. It’s definitely a better one if you’re good at riddles (which none of us were…) but the extra game after the game was a really nice addition (especially if you do end up finishing early).

So that sums up my latest escape room experience at my beloved GTFO!

Now I’m excited to give away a free game of Europa Colony 4836 to up to 6 people. 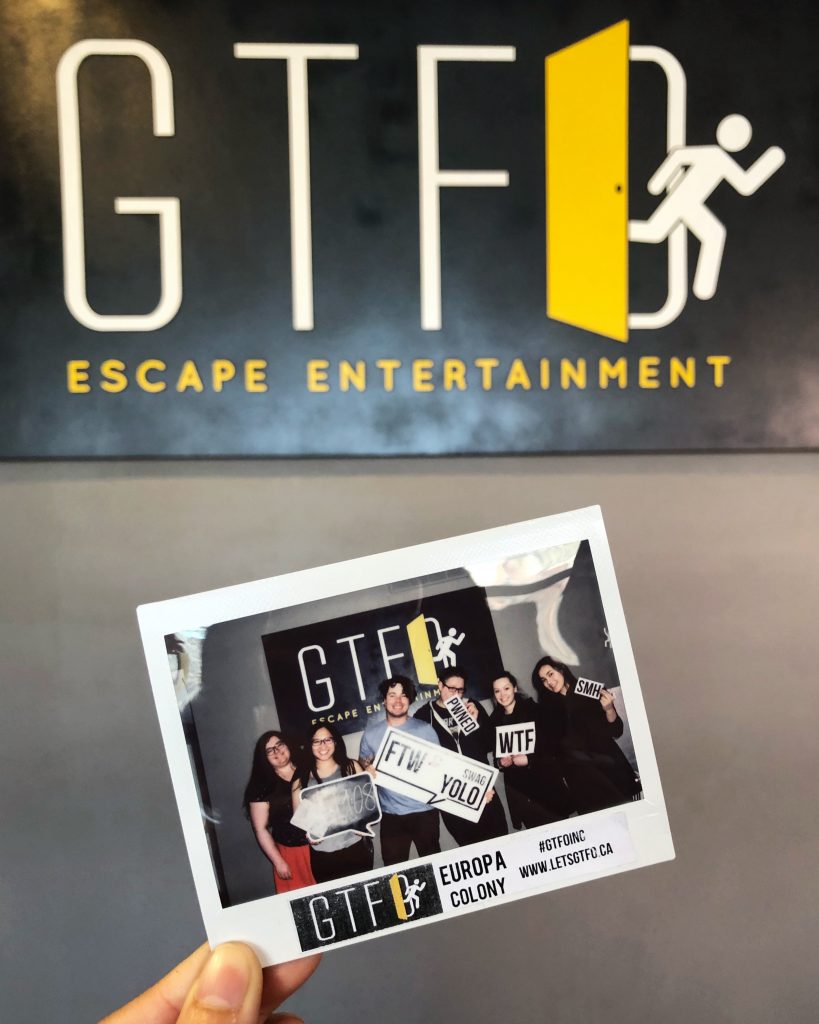 Our team did great at Europa Colony 4836! Our opposing team, not so much lol.

There are a few ways you can enter, but leaving a comment on this blog post is mandatory:

Get additional entries on my social media (it might take me a moment after I post this blog, to post on social, so if you don’t see the social media posts, please check back momentarily):

Note: Comments are moderated so don’t worry if your comment doesn’t appear right away!

** UPDATE ** Congrats to Donna E., the winner of a game for 6 to try GTFO’s new Europa Colony escape room!

Thanks to GTFO for inviting me down to try their new Europa Colony 4836 and for giving me passes to giveaway to readers/followers!

Disclaimer: GTFO invited me to try their new room (so the game was complimentary). This does not impact the opinions stated in this blog. I love escape rooms and I love GTFO’s rooms!

Linda Hoang is a Canadian blogger based in Edmonton, Alberta, who writes about travel, food lifestyle and pet topics. She's also a seasoned social media/digital strategist with a journalism background. Linda loves exploring the world with her husband Mike, eating their way through cities, supporting local businesses, and photographing Instagrammable Walls. She is the founder of the Edmonton International Cat Festival and a fur-mom to two cats and two dogs.
PrevPreviousGuide to Instagrammable Walls of Saskatoon
NextReview: Chocorrant Patisserie & Cafe EdmontonNext