Give Where We Live: Edmonton Cat Festival

Have you heard of the Edmonton International Cat Festival? It’s a festival that I’m so purr-oud to have founded back in 2014, that celebrates cats, cat people, and cat culture, while raising money and awareness to support local cat rescues.

There’s everything from cat presentations, to adoptable cats, show cats, to cat board games, cat puzzles, cat yoga, cat escape rooms, vendors selling all things cats, for your cats and for cat lovers, cat clothes, cat cards, cat pins, cat toys. There’s a ton of kitten activities, cat LEGO, crafts and face painting. We even fly in celebrity cats to do meet and greets with attendees!

This year (Caturday, May 26, 2018) was the 4th Edmonton International Cat Festival, and I’m happy to say the festival, which donates 100% of proceeds to local cat rescues, saw more than 2,500 attendees and raised $21,000 for the Edmonton Humane Society, Little Cats Lost, and Zoe’s Animal Rescue! 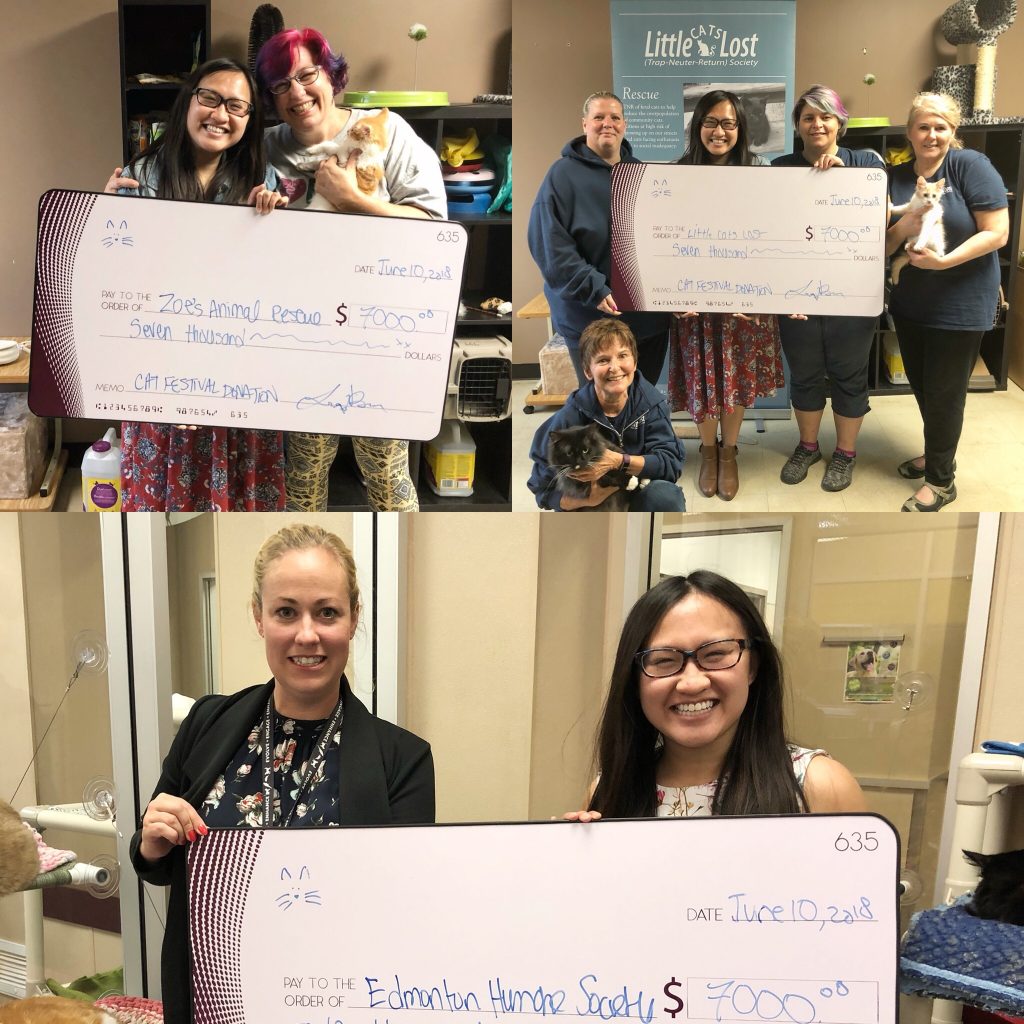 $21,000 was raised at the 2018 Edmonton International Cat Festival. This was donated between three local cat rescues.

It’s vital to Give Where You Live; to support and make an impact in your community.

That’s something I’m passionate about it, and one of the reasons I started the Edmonton International Cat Festival. That’s also something TELUS is very passionate about (in fact, “We Give Where We Live” is their charitable mantra!)

And as a #TeamTELUS ambassador this year, I thought this was a great opportunity to share a bit more about the Edmonton International Cat Festival—the biggest way I give where I live—and highlight the some of the different ways TELUS gives back too.

Disclosure: As a #TeamTELUS ambassador this year, I work with TELUS to write about the cool tech and initiatives they’re involved in. I don’t write anything I don’t agree with or believe in! 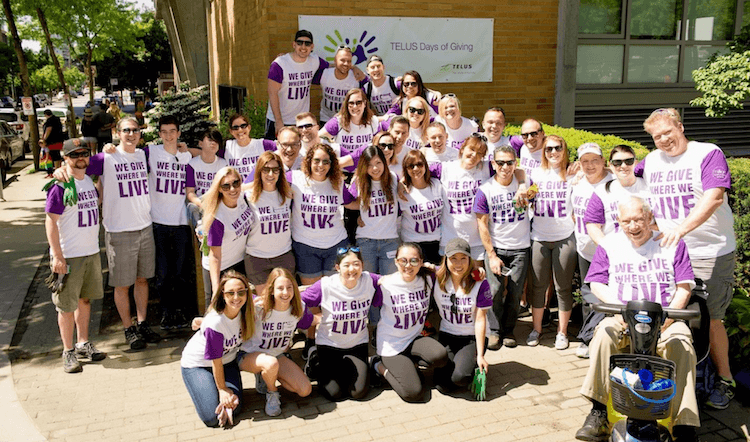 TELUS has a number of charitable and community initiatives it does throughout the year, across Canada, that drives home that notion of giving where you live.

One of those initiatives is TELUS Days of Giving, which runs May 1-June 30, 2018 this year, when TELUS team members, retirees friends, family, partners (volunteers), come together to do things like sorting food at food banks, donating books to libraries and schools, feeding meals to the homeless, or planting trees and plants in parks and gardens.

In Edmonton specifically, the TELUS Community Board has donated $6.8 Million to 469 grassroots projects since it started!

It’s actually my hope that the Edmonton International Cat Festival becomes one of the grassroots projects supported by the TELUS Community Board. I’ll be applying for it this summer (in preparation for the 2019 event!)

While the festival attracts thousands of people, raises (what I think) is quite a bit of money for local cat rescues, and can at times feel like a big operation, it’s really not. It is completely volunteer-run, with a very tiny team actually putting it on—myself, with the help of primarily my husband Mike, my friends Brittney, Diane and Lisa, and then as mentioned, wonderful volunteers who are mostly just my dear friends.

Without volunteers and sponsors, the festival couldn’t exist.

Which would be a damn shame given the impact it makes, and the number of Edmontonians, Calgarians, Albertans, people from B.C, Saskatchewan (and maybe further), who attend. 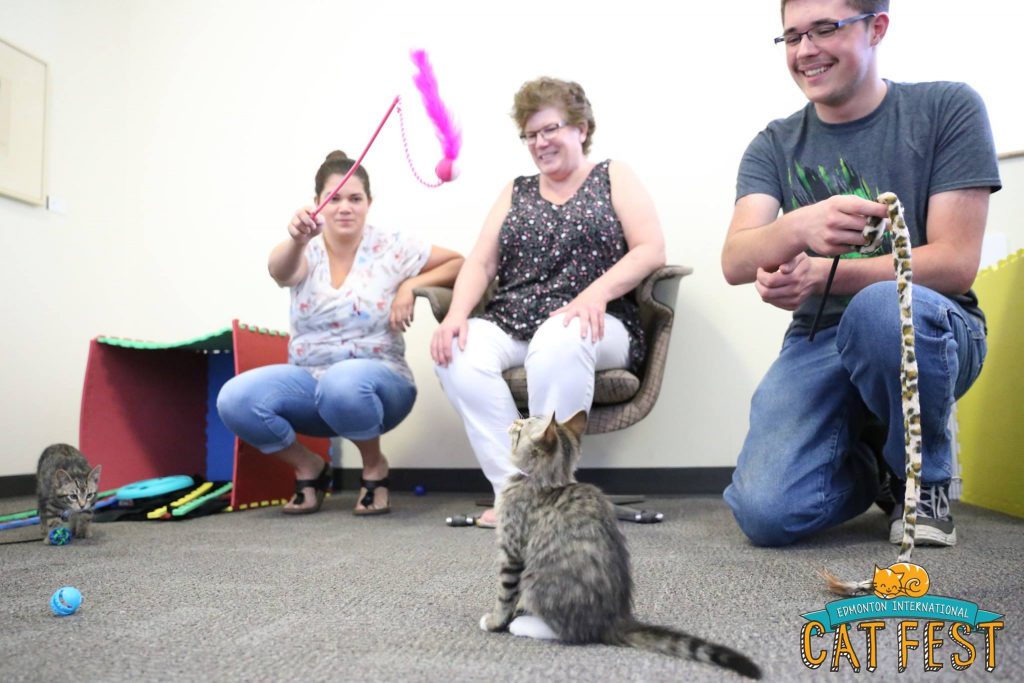 I started the Edmonton International Cat Festival back in 2014, for a few reasons. 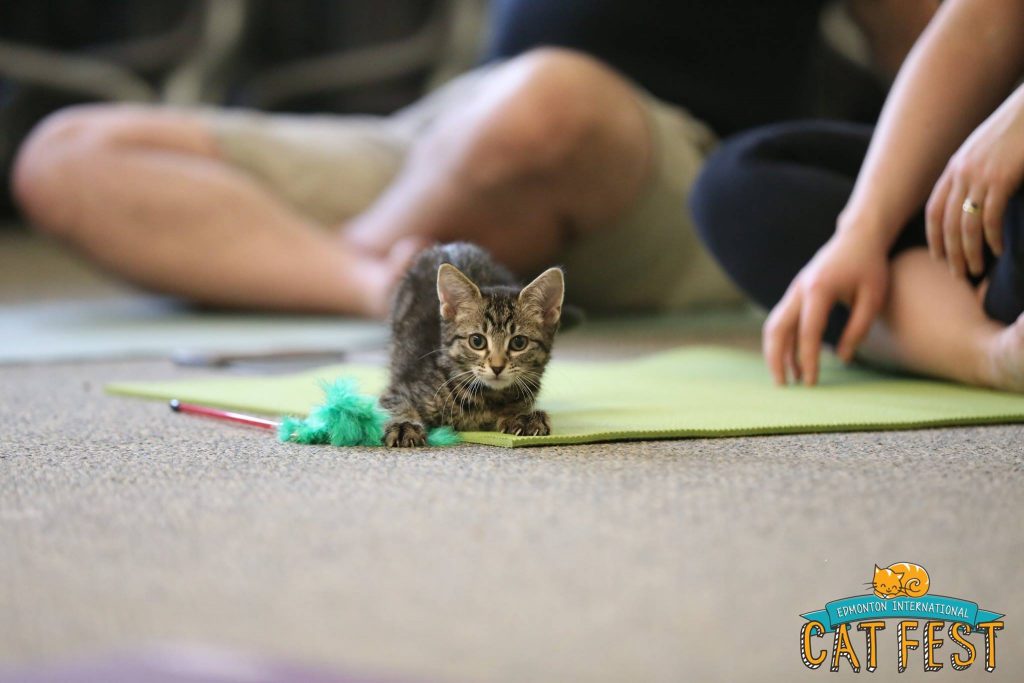 It’s been incredible to see how the festival has grown over the years. Although we took a cat nap in 2017, we still came back this year with lots of momentum, a different venue, more cat-ivities than ever before, with lots of great feedback and the total amount raised for local rescues now up to $80,000.

From there, we’ll see. Like I said, it can’t be done without volunteers and sponsors. So I’m hoping we can get some great ones this year (fingers crossed the TELUS Community Board can help us!) 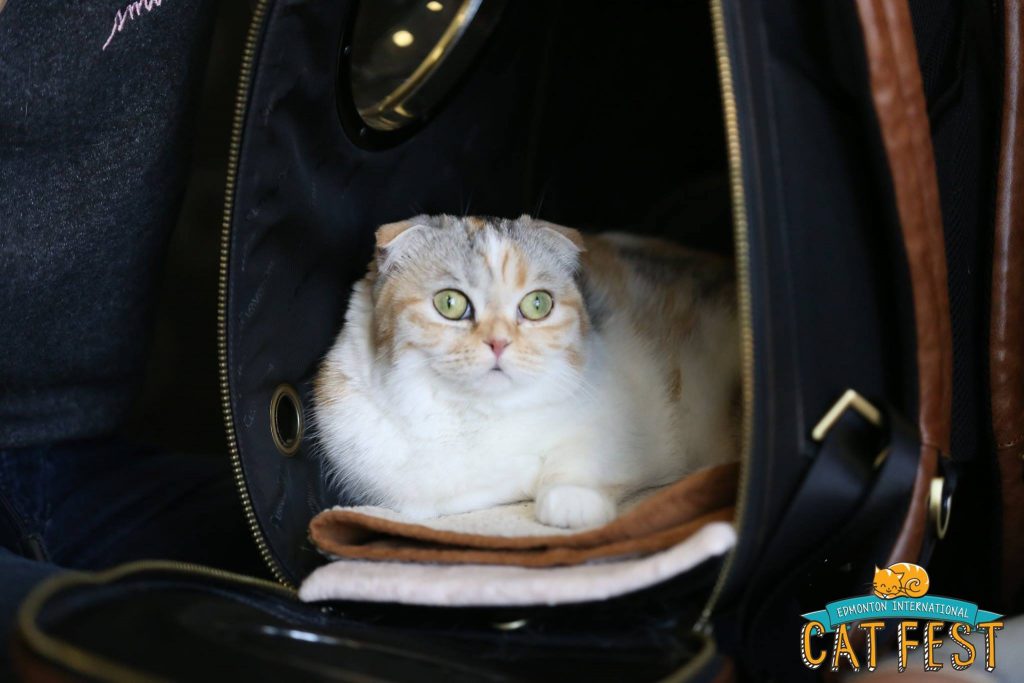 We had two celepurrty cats at the 2018 Cat Festival – Luna Rose and Nala Cat (the world’s most popular cat on Instagram!)

Whatever happens, I know I’ll always take TELUS’ giving mantra to heart because…

Honestly, it’s just a really good thing to do.

Give where you live.

Support your community. Make the world (or at least your little part of the world), a little better.

TELUS’ hope is to inspire Canadians to give back. When you do, whether it’s through a charitable festival or just a nice, random act of kindness, share about it using the hashtag #GiveWhereWeLive!

Thank you to everyone who has been involved in making the Cat Festival such a success—from the volunteers, to vendors, sponsors, attendees, and everyone in between.

Thank you for coming together to celebrate these a-meowzing felines and our love for them, and thank you for helping us make at least a little impact in the community. 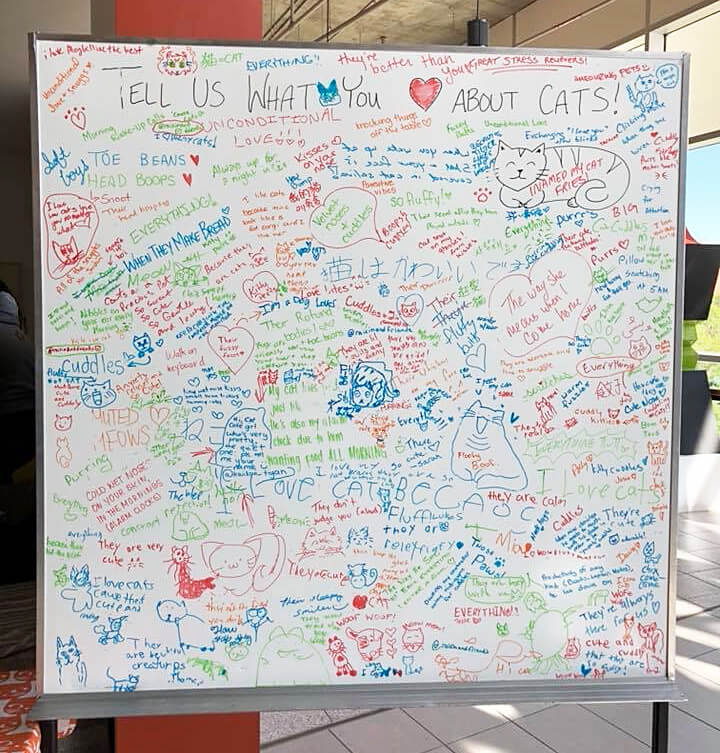 I love all of these reasons why people love cats. Shared at the 2018 Edmonton Cat Festival.

Disclaimer: I will always provide my 100% honest opinion on this blog. I wanted to write about my experience with the Edmonton International Cat Festival, including its charitable impact, which tied in nicely with the charitable impact of TELUS and their TELUS Days of Giving. As a #TeamTELUS brand ambassador, it made a lot of sense for me to tie in TELUS’ charitable efforts with my own. This has no impact on opinions stated in this post. I’m a huge cat lady.