While summer may mainly be over now, there are still so many events and activities to do in Edmonton!

Something we had been meaning to do all summer but kept missing, was visiting the Edmonton Corn Maze. We finally went over the long weekend! 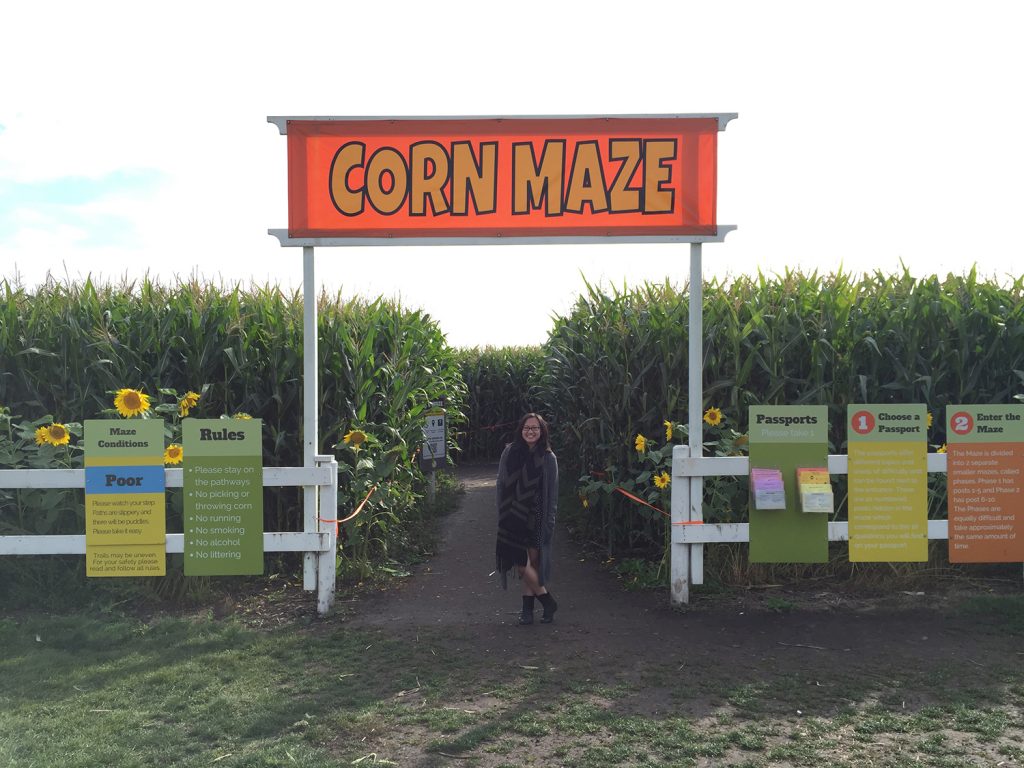 About to head into the Edmonton Corn Maze!

The Edmonton Corn Maze is located just slightly south west of the city (it’s like a 10-minute drive from where we live on the west end – super close!)

We had only ever been to this corn maze when they used to do Farm of Fear Halloween nights (unfortunately they haven’t done that in the last few years) so it was a totally different feeling visiting when it was light out (and zombies weren’t trying to attack you lol). 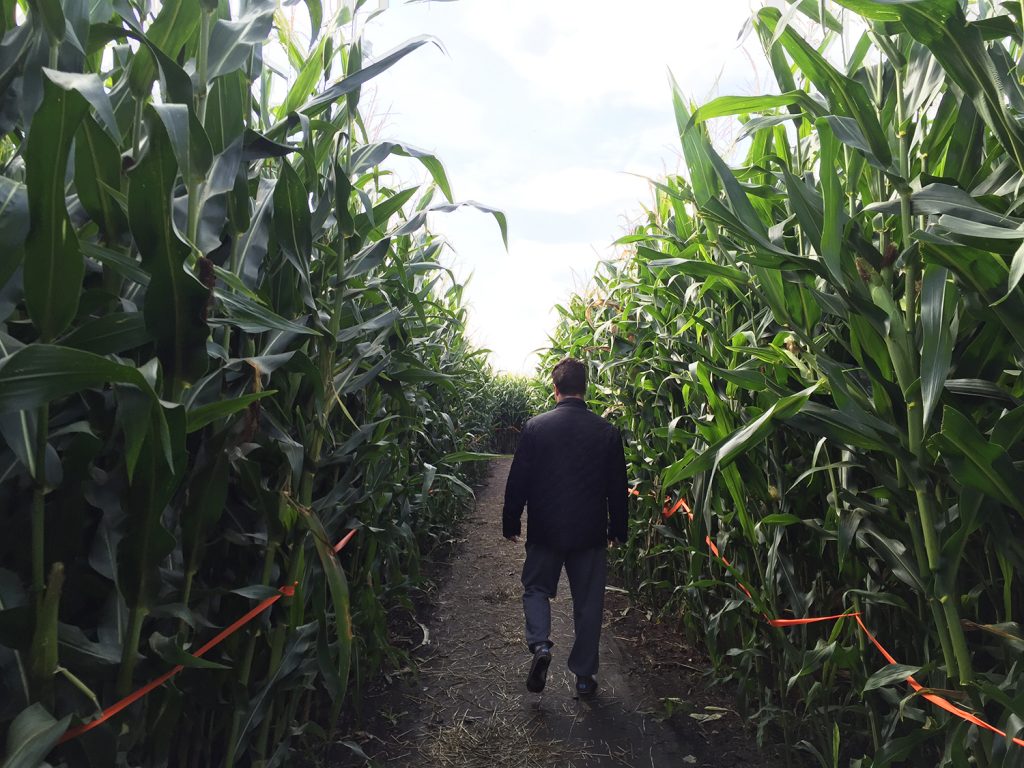 The 15-acre field of corn is split into a few different paths (of increasing levels of difficulty).

Before you enter, you can grab some sheets with clues and riddles that when answered correctly, will guide you the right direction through the maze.

There’s also a smartphone / GPS system that can track where you’re going in the maze and you can hit up checkpoints on your phone to get riddles/clues for directions too!

The smartphone / GPS technology is pretty cool but definitely takes away from the whole getting lost aspect as you can clearly see where you are in the maze (even if you’re not quite sure how to get out!) 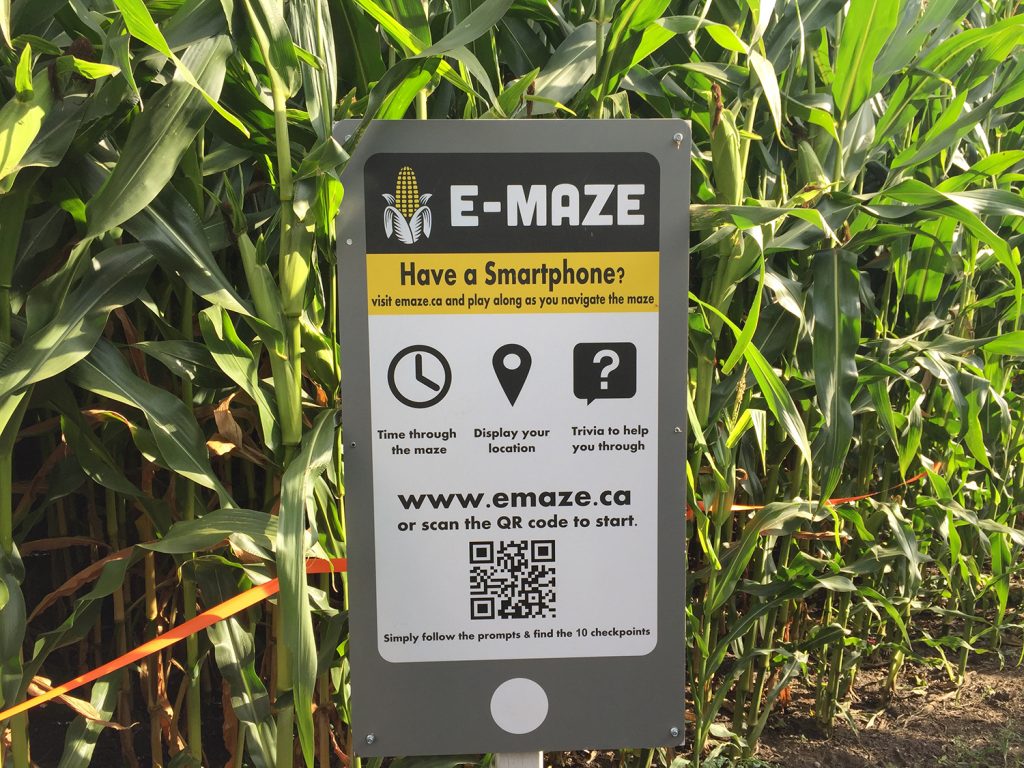 We spent about an hour working our way through the maze paths – bumping into families (lots of kids!) and even some groups with dogs!

Yes you can bring your dogs to the corn maze. I wish we had checked out the F.A.Q. before we went because we definitely would’ve brought Olive and Artie! 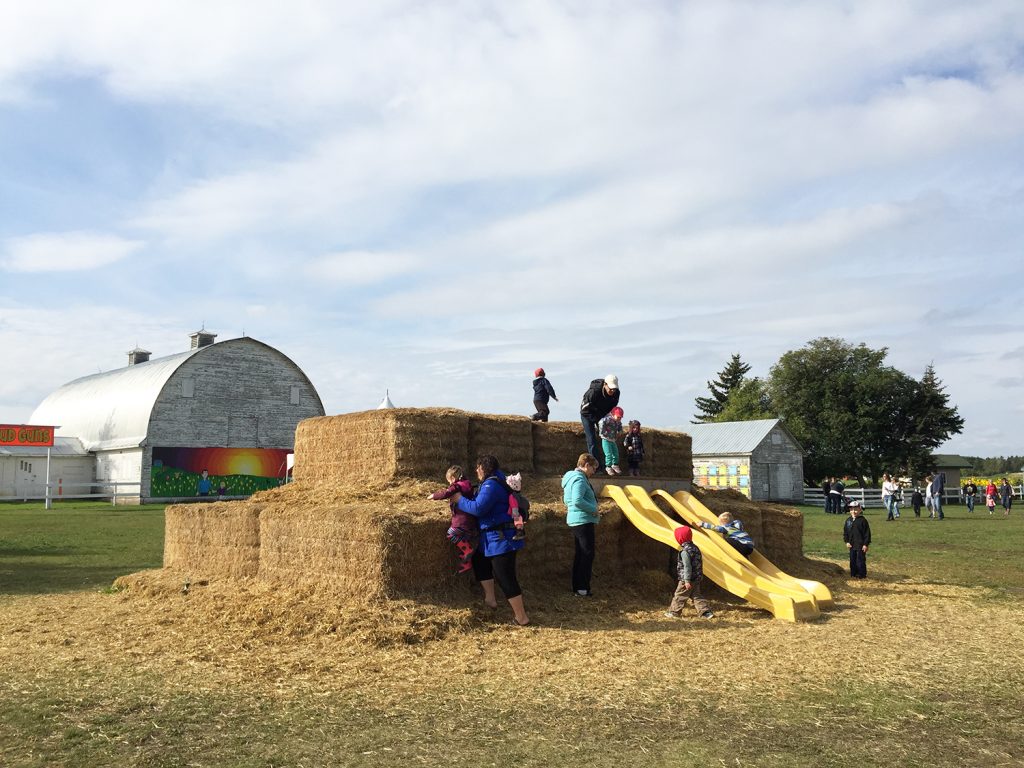 Lots of family fun at the Edmonton Corn Maze.

While the corn maze is the main attraction at this family farm, the Kraay family has done a really fantastic job adding lots of different family friendly activities on site including a petting zoo, a ‘jumping pillow’ (like a giant trampoline in the ground), pedal carts and more!

Considering it’s just $12 to get in for adults, $9 for youth and free for kids 5 and under, you can really get a lot of hours of family fun in at the Edmonton Corn Maze for a pretty low cost.

The farm also has their own concession too so you can have lunch here too! 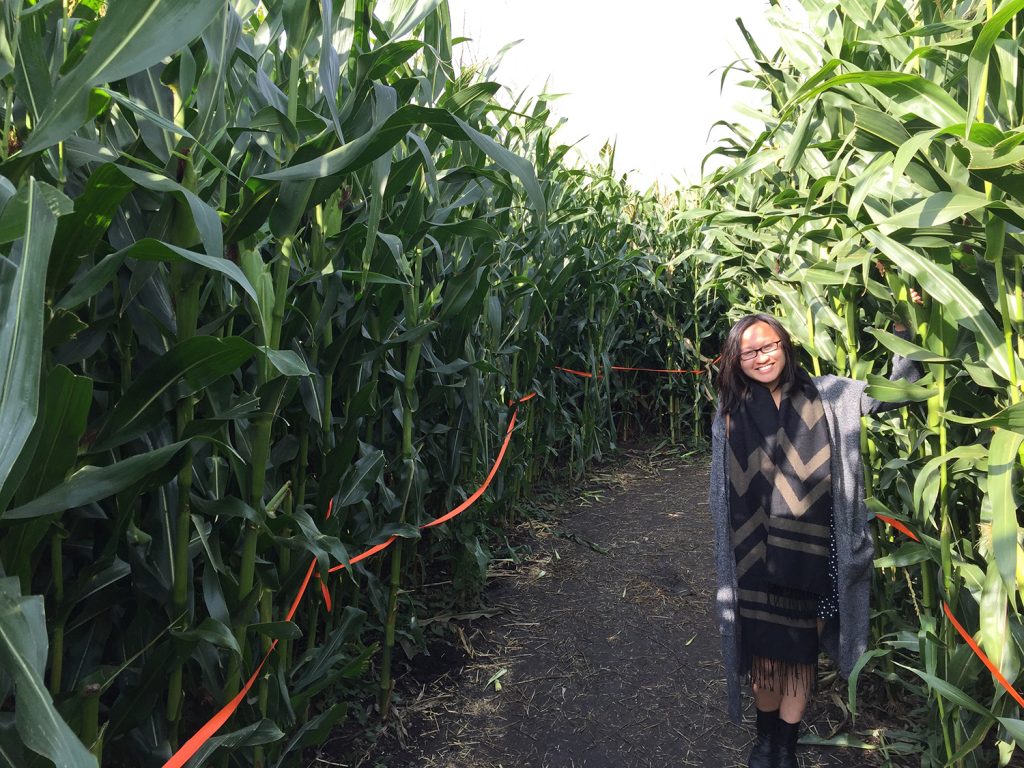 These corn stalks are gigantic!

Basically, we had a great time and I definitely think you would too.

The Edmonton Corn Maze’s fall hours are Sept. 6 until October 23.

The same family who runs this farm also operate the Lacombe Corn Maze, which is super popular for their crazy corn maze designs! Lacombe isn’t too far from Edmonton either so you should/could really do both.

P.S. You could eat the corn that’s growing in these mazes but they probably wouldn’t taste very good. Most of the energy goes into growing the corn plant tall so the cobs actually taste bitter and mealy. I didn’t actually try it but that’s what the website says, lol. #themoreyouknow

I’m giving away a 4-ticket admission pack so you can visit the corn maze before their season wraps up!

Below are the different ways you can enter. Please check off what you’ve done in the Rafflecopter widget.

(Note: you must leave a comment on this blog post to qualify. All other ways to enter are bonus entries!)

If the Rafflecopter widget doesn’t load please just let me know what entries you did in the comments!

Note: comments are moderated so if yours doesn’t appear right away, don’t worry!

Disclaimer: The Edmonton Corn Maze reached out to see if I would be interested in giving away tickets to their farm. My visit with Mike was complimentary.

Linda Hoang is a Canadian blogger based in Edmonton, Alberta, who writes about travel, food, lifestyle and pet topics. She's also a seasoned social media/digital strategist with a journalism background, the founder of the Edmonton International Cat Festival and co-founder of Stop Race Based Hate, an online anti-racism education tool. Linda loves exploring the world with her partner Mike, eating their way through cities, supporting local businesses, and photographing Instagrammable Walls. Linda is a fur-mom to two cats and two dogs.
PrevPreviousPreview: A Taste of the 5th Annual Strathearn Art Walk
NextReview: Unrooming Hotel Blackfoot with Hotels.com (#UnroomingCA)Next