I’m not what you’d call an avid football fan, but I do enjoy cheering on my local team from time to time (#GoEsksGo!) and I also love cheering on a team if there’s game day food involved.

That’s why earlier this month I was really excited about the Super Bowl—not necessarily because of the underdog Eagles (though it was great to see them win!)—but because it meant I could take the opportunity to finally cross off something that’s been on my food bucket list for quite some time: 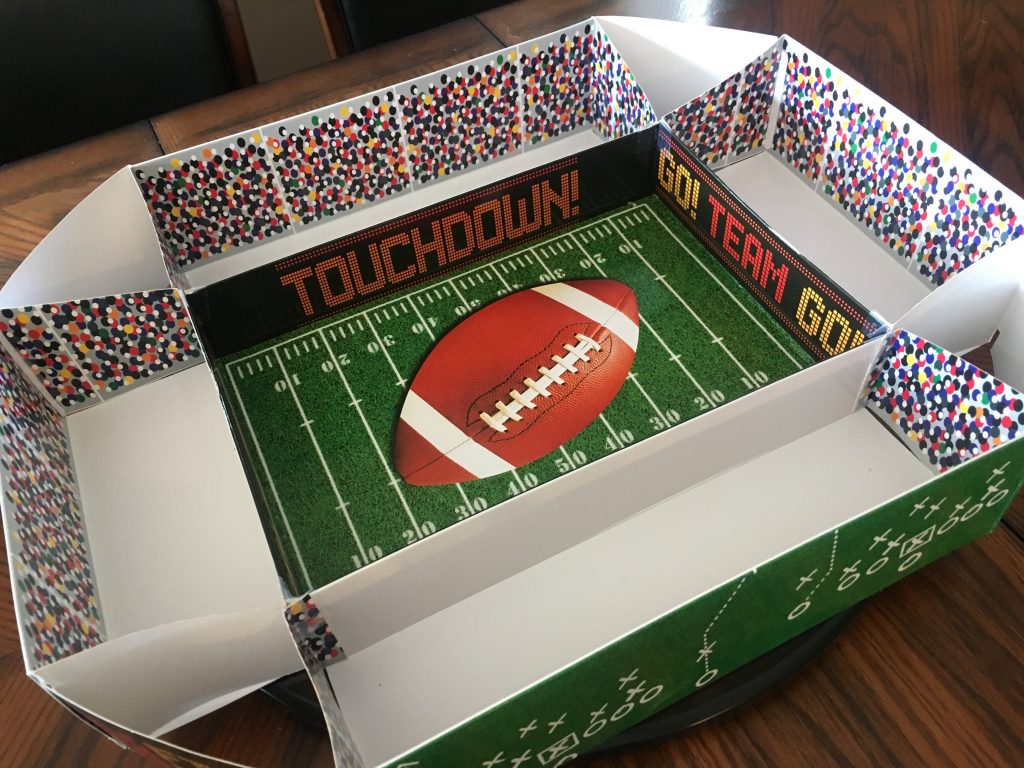 Making a Super Bowl Snack Stadium is super easy nowadays, with easy-to-assemble stadiums like this one!

Now, I remember in the early days of Pinterest (that’s how long I’ve been wanting to do a Super Bowl Snack Stadium lol), when photos of these impressive football stadiums built out of and featuring snacks, first caught my eye. They were a sight to behold. There were savoury stadiums, dessert stadiums, sandwich stadiums.

Now, if you think about it… a stadium built out of food and sitting out for hours, with tons of people picking at it, is kind of gross. So it’s probably a good thing that I kept missing the Super Bowl over the years—never getting the chance to create that Snack Stadium—because now, the snack stadium phenomenon is popular enough that places like Party City just have foldable structures you can buy and assemble (for cheap! The one I got this year was only $9.99). Easy peasy. Just like that! 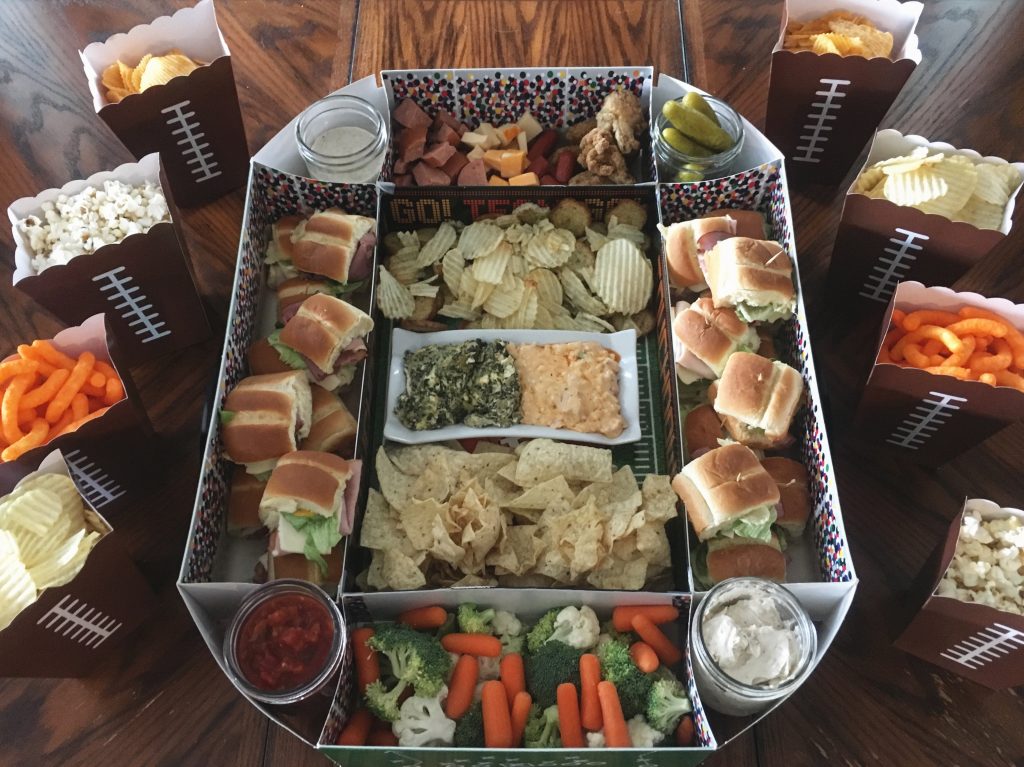 Once the stadium was folded out and assembled, it was really just a matter of food prep and placement. For my Super Bowl Snack Stadium, I went for mostly simple foods: a variety of mini sandwiches (chicken, turkey, ham, Montreal smoked meat), vegetables, pepperoni, cheese, sausage, pickles, chips, nachos, and a variety of dips including French onion, parmesan garlic, salsa, buffalo chicken and spinach artichoke.

Cheetos, popcorn, all dressed, regular and salt and vinegar chips were my picks for the accompanying football snack holders (also super cheap at Party City!) and ta-da!

I had a lot of fun putting together this Super Bowl Snack Stadium! It was really easy. And I think next year I’ll try to make even more game day-themed foods, including something like this football-shaped bread bowl! 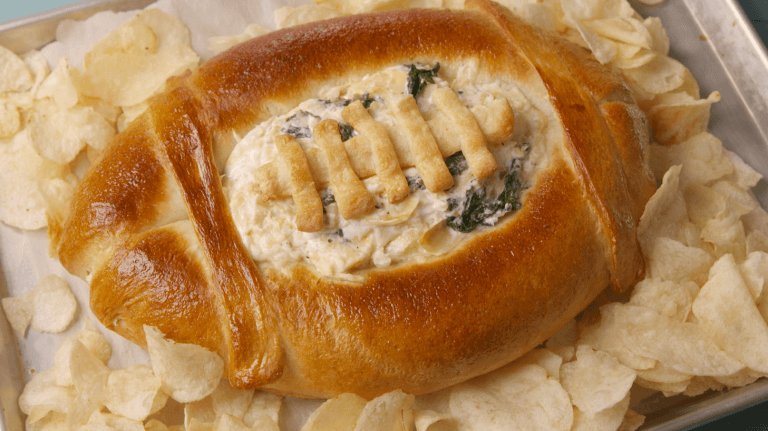 I think food can really make almost anything relatable for people. We had a few friends over to watch the game and enjoy the snacks, and it made for a really memorable night that I would never have done otherwise if it hadn’t been for the lure of the Super Bowl Snack Stadium! I encourage you to make your own Super Bowl Snack Stadium! It’s pretty straightforward, and your guests will be pretty impressed! :) 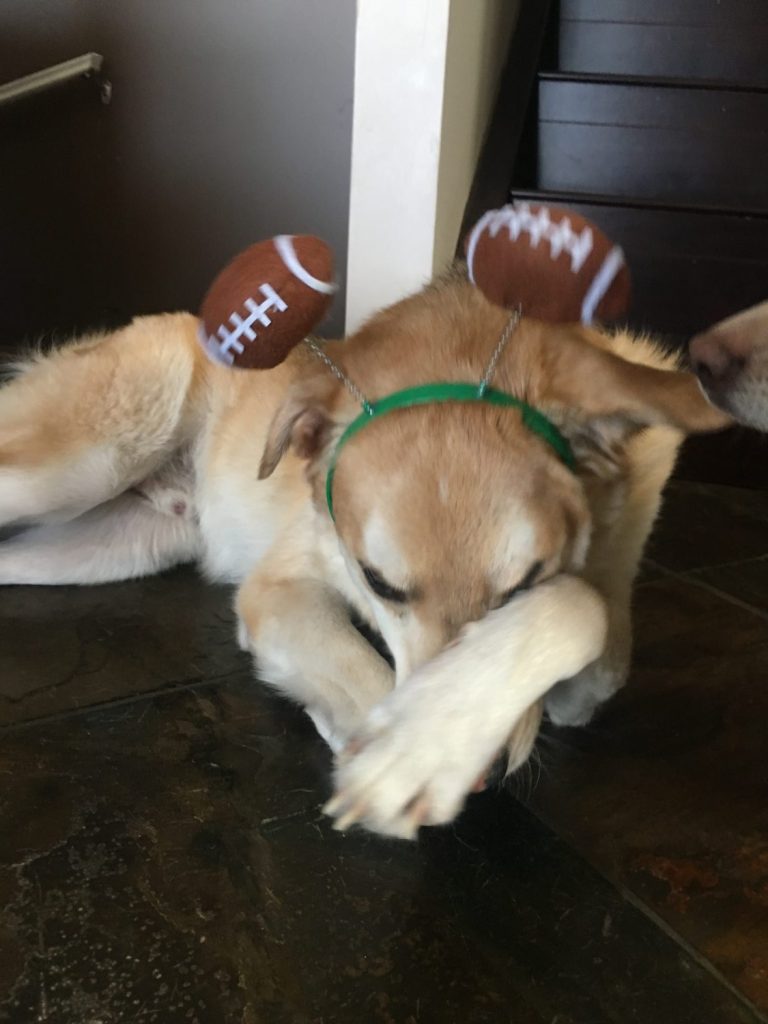 Artie was embarrassed I put a Super Bowl headband on him, lol.

Less impressed? Your dog when you put a Super Bowl headband on him. Haha!

Linda Hoang is a Canadian blogger based in Edmonton, Alberta, who writes about travel, food lifestyle and pet topics. She's also a seasoned social media/digital strategist with a journalism background. Linda loves exploring the world with her husband Mike, eating their way through cities, supporting local businesses, and photographing Instagrammable Walls. She is the founder of the Edmonton International Cat Festival and a fur-mom to two cats and two dogs.
PrevPreviousGiveaway: #ABFoodFight Culinary Combat Supporting the Alberta Diabetes Foundation
NextWhat Are You Saving For? (Tell ATB for a chance to win $10,000!)Next