“A new University of Missouri study presented recently (but not peer-reviewed yet) has found that more students are cutting calories during the day so they can binge drink at night.”

“The restaurant provides gourmet-quality meals to the hungry while enabling them to volunteer on community projects in return without the stigma of visiting a soup kitchen. Paying customers are encouraged to leave whatever they want in the envelopes on each table, where the menus never list a price.”

“Forty-eight animals were gunned down by local deputies, who had shoot-to-kill orders. A 49th, a grey wolf, was later found dead.”

“Scientists have found a direct link between the number of “friends” a person has on Facebook and the size of certain brain regions, raising the possibility that using online social networks might change our brains.”

“The end is going to come very, very quietly probably within the next month…by October 21st.”

“About 40 people took part in a ritual in Pulau Jerejak, Penang, so that Apple founder Steve Jobs could be reincarnated.”

“About 40 per cent of Canadians believe phone hacking and paying for story tips are tactics used by media here.”

“A crummy economy could prompt men, even those in monogamous relationships, to seek out more sex partners.”

“‘I can’t wait for you to experience this revolutionary handheld system,’ Tretton gushed in a blog post. The price tag? $249.”

Will it be successful? I’m thinking meh, lol.

“Lytro, a Silicon Valley startup, today unveiled its radical new camera–also called the Lytro. With it, the company hopes to rewrite the rules with a technology called light-field photography.”

“The result is that a Lytro camera image is a 3D map of whatever was photographed, and that means people can literally decide what to focus on after they’ve taken the photo.”

“Research into biofuel cells (tiny little batteries which use energy stored in natural organisms to create electricity) has now hinted that all you might need to power a decent body-battery is a healthy dose of sweet, sweet sugar.”

“The Fermi Space Telescope has detected 1,873 gamma ray sources in space, and nearly 600 are complete mysteries.”

Ah, the universe! So mysterious.

“We believe that most smartphones made in the past two years are sophisticated enough to launch this attack.”

“Here’s some technology emerging down the road that’s poised to change your life on a much greater scale than any outcome of a political debate.”

Some really crazy stuff.. including “The paralyzed will walk” and “A Wooly Mammoth will be reborn among other now-extinct animals in 2016” and “Portable laser pens that can seal wounds.”

“The Supreme Court of Canada has erected a shield to protect those who post internet links to defamatory sites. The Court was unanimous in ruling that anyone whose site supplies hyperlinks that lead to another site has not published it for the purposes of libel and defamation law.”

If I were still in school I would absolutely love a Fall break! 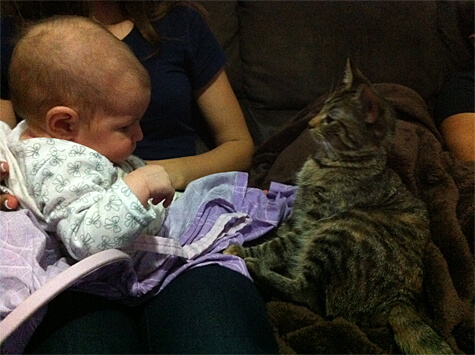 Linda Hoang is a Canadian blogger based in Edmonton, Alberta, who writes about travel, food, lifestyle and pet topics. She's also a seasoned social media/digital strategist with a journalism background, the founder of the Edmonton International Cat Festival and co-founder of Stop Race Based Hate, an online anti-racism education tool. Linda loves exploring the world with her partner Mike, eating their way through cities, supporting local businesses, and photographing Instagrammable Walls. Linda is a fur-mom to two cats and two dogs.
PrevPreviousClicks of the Day: Tuesday, October 18, 2011 Edition!
NextClicks of the Day: Thursday, October 20, 2011 Edition!Next