Including “Friending is Out, Subscribing is In” – “The Rise of the Journo-Programmer” – “Portfolios, Off the Rack” and more!

I would like to add programmer to my journo repertoire. The more skills the better!!!

“Scientists say they have discovered a carnivorous Brazilian plant that uses sticky, subterranean leaves to catch and digest worms—an evolutionary strategy for acquiring nutrients that has never before been observed in the plant kingdom.”

Life on this planet – so interesting!

“A species of Galapagos tortoise thought to have been extinct for more than 150 years may, in fact, be alive and well… The answer, it turns out, is simple. They’ve been hiding.”

Oh my gosh, that’s so sad. But a great story and very observant of the reporter!! (Though the story could have been better/more-developed/longer/include more quotes from the Sharp guy, it’s still a great story idea lol).

“But these impressive-looking TVs won’t be mainstream products anytime soon. Based on CES press announcements and interviews with analysts, here are some TV features that may be on display at your neighbourhood electronics store within the next 12 months: Voice and motion controls, more social features, bigger, thinner, lighter screens and better sound.”

Fancy pants. I just like whatever TV I can watch my shows on, lol.

“Judging by some of the write-ups making their way around the Web, it doesn’t look like CES has been able to shake one, big, longstanding problem: The biggest companies don’t show up — and, of the ones that do, they don’t bring their A-game, leaving their newest, most highly-anticipated gadgets at home… The conference is no longer “the center of the universe” when it comes to technology. We watch videos of upcoming technologies and read about the advances well before they are released. So, CES has largely become irrelevant.”

Poor CES. It’s kind of true though. Everyone is just (able to be) hyper connected to the latest news.

“People who are genetically susceptible to developing Alzheimer’s disease may be able to reduce their risk with exercise. Carriers of the Alzheimer’s gene APOE-4 who regularly exercised over a decade were five to 10 times less likely to have brain plaques linked to the disease than those with the gene who weren’t physically active.”

It would appear exercise has many benefits!

“Results of a new study suggest people who cannot control, cut back or stop their use of the Internet have abnormal white matter structure in the brain similar to what is seen in cocaine and crystal-meth addicts.”

“Kaylee Rider, a 7-year-old, wears a scarf on her head because she is bald from battling cancer, for the second time. She also lost her hair from her first battle with cancer. The young girl’s story has started an online campaign for the toy company Mattel to produce a cancer Barbie.”

“Hostess Brands Inc., the maker of Twinkies and Wonder Bread, is filing for bankruptcy protection, blaming troubles with its pension and medical benefits obligations, increased competition and tough economic conditions.”

But Canada will apparently be unaffected, lol. 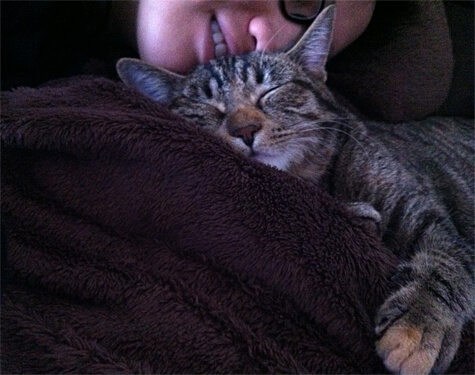 Linda Hoang is a Canadian blogger based in Edmonton, Alberta, who writes about travel, food, lifestyle and pet topics. She's also a seasoned social media/digital strategist with a journalism background, the founder of the Edmonton International Cat Festival and co-founder of Stop Race Based Hate, an online anti-racism education tool. Linda loves exploring the world with her partner Mike, eating their way through cities, supporting local businesses, and photographing Instagrammable Walls. Linda is a fur-mom to two cats and two dogs.
PrevPreviousClicks of the Day: Tuesday, January 10, 2012 Edition!
NextClicks of the Day: Thursday, January 12, 2012 Edition!Next