LOL oh my god, her face when she realizes.

Wow. You can get sue for anything these days eh…

And while we’re on the infographic/visual.ly topic, here’s one for the day. I think I am “The Overuser” lol.

Idk how much I’ll use it yet at this point, especially since it’s “launch” was so quiet. How about you?

Weird way to try and tackle this issue. This wouldn’t make me want to buy a home in that area at all…

I see where he’s coming from, yes. Funniest part of this article: “He added that sometimes kids would come visit the set, and one even burst into tears. ‘I felt very good about myself,” Fiennes said, arguing that “children should be really scared of Lord Voldemort.'”

People make too big a deal out of everything! Harry Potter 4EVER. lol.

Fantastic. I wish Quidditch was more popular in the Edmonton area… what a great/fun story that’d be.

And tacking onto that, if you wanted to see just how this fake, magical sport has taken off in real life, check out the IQA website!

Always good to read big news org’s social media guides. This one makes me wonder if I should take the “@GlobalEdmonton” in my Twitter bio line off.

I suppose I’m not as gleeky as others, I didn’t even know Rachel, Finn and Kurt were leaving! That is kind of shocking but… well, read on for possible reasons why.

I certainly don’t contribute to that, lol.

I wonder what this means.

Lol I don’t think this is that funny. I only really understood near the end when they say ‘ YOU ARE BAD ‘ 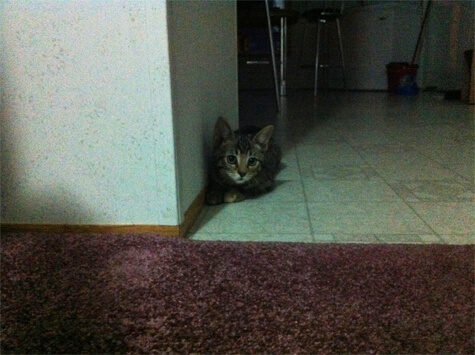 Linda Hoang is a Canadian blogger based in Edmonton, Alberta, who writes about travel, food, lifestyle and pet topics. She's also a seasoned social media/digital strategist with a journalism background, the founder of the Edmonton International Cat Festival and co-founder of Stop Race Based Hate, an online anti-racism education tool. Linda loves exploring the world with her partner Mike, eating their way through cities, supporting local businesses, and photographing Instagrammable Walls. Linda is a fur-mom to two cats and two dogs.
PrevPreviousClicks of the Day: Wednesday, July 13, 2011 Edition!
NextNews Online: Special breakfasts promise a gluten-free, celiac-friendly mealNext