Wow. If you need someone for fitness inspiration, look no farther.

These guys are awesome!! Very cool.

“Witness the last moments of a sun-grazer comet.” Sweeeeet! Also remember, “blink and you may miss it.” In comparison, the sun is truly gigantic!

I absolutely love LOST but now that I think about it, I can’t even remember what the ending/the season finale of it was! LOL

Terrible… Great that the bomb ended up being fake but still – a terrifying experience for the girl and her family and also scary that it was an extortion attempt. Maybe I’m better off not wealthy!!

“A mysterious circle on a grainy scan, this is what scientists are claiming is finally evidence that Earth has been visited by aliens.” SO COOL!!!!!!!!!!

I really want to watch all the episoeds of ‘Through the Wormhole’ I’m surprised I haven’t yet! (This particular episode has also aired now, lol so I guess I’ll just catch ’em all online at a later date).

Ready to move to Mars everyone? lol

It’s true, healthy food is so expensive, I can’t afford it, lol. #grabsbagofchips

So many superhero reboots. I thought whats-his-name was fine in the last Superman movie but apparently others did not, lol.

Ooh how diverse of Marvel. lol

Who the heck would think that something called ‘Wigger Day’ would be a good idea?

I have such a burning hatred for voting contests like this… so much so that I may write a separate blog post about it eventually, lol.

For your Shark Week pleasure!

Really cool (but kind of gives you a headache) video of a guy walking all around the world!! 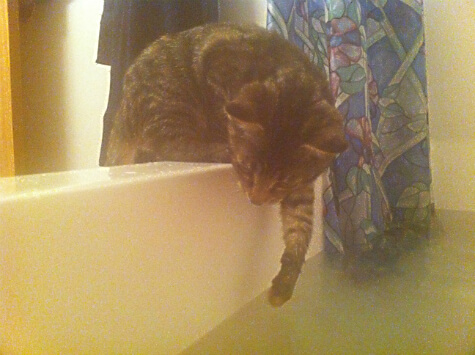 Linda Hoang is a Canadian blogger based in Edmonton, Alberta, who writes about travel, food lifestyle and pet topics. She's also a seasoned social media/digital strategist with a journalism background. Linda loves exploring the world with her husband Mike, eating their way through cities, supporting local businesses, and photographing Instagrammable Walls. She is the founder of the Edmonton International Cat Festival and a fur-mom to two cats and two dogs.
PrevPreviousClicks of the Day: Wednesday, August 3, 2011 Edition!
NextClicks of the Day: August 5, 6, 7 2011 Weekend Edition!Next