“Alberta Health Services announced Monday that former Chief Financial Officer Allaudin Merali, who was fired for his lavish expense claims, will not be receiving severance pay. Merali was fired after it was discovered he had charged nearly $350,000 in expense claims from his time as Vice President and CFO for the former Capital Health Region.”

Good move by AHS… people are pretty fired up about this expense scandal.

“Homicide detectives are investigating after an early morning fight in Mill Woods left one man dead.”

No one should die after attending a house party. :(

“A 52-year-old man is dead after a fatal collision involving a stolen vehicle in west Edmonton on Monday.”

This story makes me very sad – that someone else’s actions (stealing a car, fleeing from police) can end up killing someone completely uninvolved.

“Some Edmontonians are hoping to play their way to a new world record. Two players kicked off their world record attempt Monday at West Edmonton Mall. They’re hoping to beat the current Guinness World Record for the longest video game soccer marathon, while raising awareness and money for the Ronald McDonald House.”

That’s a loooot of virtual soccer!

“A former U.S. serviceman with ties to white supremacist groups was behind the shootings at a Sikh temple in Wisconsin Sunday morning that claimed six lives, reports say. At a news conference Monday morning, Oak Creek Police Chief John Edwards identified the gunman as U.S. Army veteran Wade Michael Page, 40. Page was shot dead by police Sunday, but not before five men and one woman were killed at The Sikh Temple of Wisconsin. Three others were seriously wounded in the attack, including a police officer.”

“NASA’s Mars science rover Curiosity performed a daredevil descent through pink Martian skies late on Sunday to clinch an historic landing inside an ancient crater, ready to search for signs the Red Planet may once have harbored key ingredients for life. Mission controllers burst into applause and cheers as they received signals confirming that the car-sized rover had survived a perilous seven-minute descent NASA called the most elaborate and difficult feat in the annals of robotic spaceflight.”

“Authorities in Greece are rounding up thousands of suspected illegal immigrants in a large-scale deportation drive to combat what a government official compared to a prehistoric invasion.”

That’s a lot of detainees, yikes!

Heartbreaking indeed! What. a. game.

“In 1990, 93 out of 1000 children died before reaching their fifth birthday. To combat child mortality, the United Nations set a goal to cut that number to 31 out of 1000 by 2015. Low-tech and cost-effective measures like vaccinations, micronutrient supplementation and insecticide-treated bed nets can help reduce preventable child deaths. Yet globally, in 2010, 7.6 million children still died before turning five, 70% of them in their first year of life.”

“When young children develop nagging coughs that keep them awake at night, parents don’t have many options for how to offer them help. Health Canada no longer recommends over-the-counter cough and cold medicines for children younger than six years, saying there is no evidence the syrups work — and the risks of overdoses and side effects are too high. But now a new study published in Pediatrics backs up what many grandparents have long recommended: a spoonful of honey before bedtime can safely relieve coughing.”

“Rumor alert: Apple will upgrade its recently released third-generation iPad this fall to support a new dock connector, Apple-centric blog iMore reported today. The blog suggests that Apple will update its entire iOS lineup at a rumored Sept. 12 event, supposedly with a new iPhone 5, new iPod nanos and touches, the hotly rumored 7-inch iPad mini, and an updated version of the 9.7-inch iPad, according to unnamed sources. If this new rumor is true, its unclear if this release would be of the iPad 4 or just a slightly modified version of iPad 3.”

Apple sure likes to make their previous products outdated, fast.

“Apple’s new version of its iPhone and iPad software will not include a pre-packaged app for Google’s popular video website, YouTube, Apple said on Monday. The move marked the latest sign of the growing rivalry between the two technology companies, close on the heels of Apple’s decision to dump Google’s mapping software from its devices.”

“On the witness stand for Apple, an industrial designer says that Samsung is clearly infringing on multiple patents with its phones and tablets.”

I stand behind APPLE! Lol.

“Korean scientists have created a battery that’s so super-thin and flexible that it could one day lead to gadgets with big screens that can be folded away into your pocket.”

“Shopping on your mobile device is becoming simpler. As app developers continue to make the mobile shopping experience more seamless, consumers are eager to test out new apps and mobile shopping experiences. A recent Nielsen survey showed 45 million American smartphone owners used an app from the Shopping/Commerce category in June 2012 — accessing shopping apps an average of more than 17 times during the month.”

Still not simple and seamless enough for me! Well not that I’ve been shopping much recently lately.

“Food prices may grow by as much as four per cent next year, economists predict, as drought conditions in the U.S. are expected to inflate the cost of everything from pork to cereal.”

“Lady in red? A new French study suggests that waitresses who sport the color red receive bigger tips from male customers. Meanwhile, female patrons are quite indifferent to the server’s choice of colors.”

I feel like I read this somewhere else before as well.

“Life is becoming harder and harder for the planet’s shellfish, a new study has found, thanks to acidifying seawater that gives them softer and softer shells. And since a wide range of ocean predators rely on shellfish for food — from seals and seabirds to whales and humans — this could be the start of an ecological sea change.”

“The percentage of the earth’s land surface covered by extreme heat in the summer has soared in recent decades, from less than 1 percent in the years before 1980 to as much as 13 percent in recent years, according to a new scientific paper. The change is so drastic, the paper says, that scientists can claim with near certainty that events like the Texas heat wave last year, the Russian heat wave of 2010 and the European heat wave of 2003 would not have happened without the planetary warming caused by the human release of greenhouse gases. ”

“Simon Pierro is relatively well known for his tech-friendly iPad magic. Now he’s back with a new set, some cats, and a soundtrack that sort of sounds like it should be coming from a Nintendo Wii. Nonetheless, the tricks are neat enough to be amusing, and simple enough that they’re fun to try and figure out. And the cats are, well, cats.” 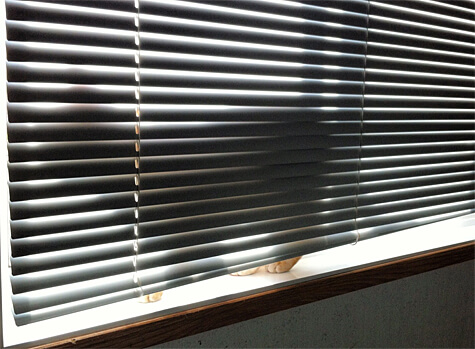 Linda Hoang is a Canadian blogger based in Edmonton, Alberta, who writes about travel, food, lifestyle and pet topics. She's also a seasoned social media/digital strategist with a journalism background, the founder of the Edmonton International Cat Festival and co-founder of Stop Race Based Hate, an online anti-racism education tool. Linda loves exploring the world with her partner Mike, eating their way through cities, supporting local businesses, and photographing Instagrammable Walls. Linda is a fur-mom to two cats and two dogs.
PrevPreviousClicks of the Day: August 3, 4, 5 2012 Weekend Edition!
NextSocial Media Column: Local mom a finalist in Best Blogger contestNext