“Fire investigators say a blaze at a south Edmonton apartment building that sent four to hospital early Sunday morning may have been deliberately set. Investigators say there are circumstances that have led them to believe the fire is very suspicious in nature.”

Scary. Apartment fires always frighten me. Happy I never experienced it when I lived in an apartment (growing up and two years ago with Mike!)

“The woman who suffered life-threatening injuries after she was hit by two vehicles while out jogging in May is speaking out for the first time. Clarice Anderson was hit less than six weeks ago while crossing the street in the northeast Edmonton neighbourhood of Brintnell. She still has a long road of recovery ahead of her but at a fundraiser held in her name Sunday, Anderson spoke exclusively to CTV News about how she’s been doing since the incident that originally raised fears on whether or not the young mother and wife would survive.”

She looks amazing. I’m glad her recovery is going so well!

“That cellphone call you receive in the middle of a meeting or lunch date might someday be a request for money from your parking meter. Edmonton is looking at replacing the current coin-fed meters with new technology that could allow motorists to punch in their licence plate number, then pay by credit card or cellphone, according to a report released Thursday.”

Cool beans. I hate scrambling for change to park downtown and then having to pop out and add more coins in … also dislike paying for parking in general but obviously that’s not going to go away, lol.

“A wildfire burning out of control in northern Alberta that has prompted a local state of emergency in Mackenzie County has grown to more than 1,000 hectares in size.”

That’s a big wildfire. Hope they get it under control soon.

“A big find became a big loss after vandals smashed rare dinosaur fossils near the Red Willow River in northern Alberta. Dr. Phil Bell is a palaeontologist with the Pipestone Creek Dinosaur Initiative (PCDI). He, along with a group of experts from the University of Alberta and volunteers, had spent a week — beginning June 15 — using jackhammers and hand tools to unearth the remains of a massive Hadrosaur, a duck-billed mammal that lived several million years ago… Vandals had torn the exposed part of the specimen — the arm, chest and shoulder section — to pieces and scattered them.”

Why do people do this?? What pleasure do they gain from this? Ugh. Big loss indeed. :(

“Albertans love to dine out and when they do, they like to spend. Statistics Canada says from April 2011 to April 2012, Alberta’s restaurants saw an eight-per-cent increase in business from the previous year, recording sales of about $641 million at eating and drinking establishments. Even more telling, each Albertan spent an average of $166.51 in restaurants and bars in April, 32 per cent more than the national average of $125.74.”

“The Prospects have seven more home games remaining. It’s an opportunity for local baseball fans to show — yes, we are a baseball town — that we love taking in a game on a summer’s evening. And we can support another pro team. Otherwise, our chance to have professional baseball return to Edmonton may slip away.”

I’m planning on taking in at least one Prospects game this month! Sad when the Capitals suspended their season (and I’m not even a big baseball fan). Let’s help keep pro baseball in the city, guys!

“This year one couple will celebrate their 40-year romance on the grounds of the Calgary Stampede, the very place where they met by chance four decades ago and fell in love.”

“Canada is contributing an extra $227 million in development aid to Afghanistan as part of a commitment of $16 billion from 70 nations made at a conference in Tokyo on Sunday to carry the war-torn country though 2015. But at the crux of the billions in grants are questions as to how the notoriously corrupt government of Hamid Karzai will handle the money and what protections will be in place to prevent it from being frittered away.”

It’s great we’re helping out but I’m sure $227 million could be greatly used to address problems in Canada.

“The death toll from heavy monsoon rains which have caused massive flooding in India’s northeast has risen to more than 120, with six million forced to flee their homes, officials said Saturday. The weather office forecast that more rains during the next 24 hours would lash the region, which is suffering from its worst flooding in recent years.”

“Syrian President Bashar Assad said in an interview broadcast Sunday that he is not afraid of meeting the same fate as the deposed and disgraced leaders of Libya and Egypt, saying he has nothing in common with them.”

“The California Senate has approved the initial funding requirement for the construction of the first bullet train in the US by a vote of 21-16 which allocates roughly $8 billion for the initial portion of track including other related projects. The proposed bullet train will run from San Diego to Sacramento, California and will be built at the cost of $68 billion.”

“Scientists should have access to illegal psychedelic drugs such as LSD and psilocybin to aid them in brain research, according to the government’s former drug adviser Professor David Nutt. He said that research into the deepest mysteries of the brain, including consciousness and mental illness, had been curtailed by the prohibition of the drugs.”

“Canadian social psychologist Jamie Gruman is proposing a new way of achieving nirvana: Do nothing. Instead, live in the moment and embrace the “serene and contented acceptance of life as it is, with no ambitions of acquisition, accomplishment or progress toward goals,” said Gruman, co-founder of the newly created Canadian Positive Psychology Association, a network of scholars and academics studying human well-being and happiness.”

“Facebook and Yahoo have agreed to settle a patent dispute, averting a potentially lengthy battle over the technology running two of the Internet’s most popular destinations. In dropping the lawsuits, the companies agreed to license their patents to each other. They are also agreeing to an advertising alliance that expands their existing partnership. Friday’s settlement involves no exchange of money.”

How gentlemanly of them to come to such agreements.

“It’s possible up to 10,000 Canadians could lose their Internet access Monday as safe servers set up by the FBI to protect people from a worldwide computer scam are shut down.”

Hope your computer is not infected!

“Research In Motion finally has some good numbers to offset its recent wave of bad ones. The handset maker announced Friday its BlackBerry App World had reached the 3 billion download mark — a billion of those in just the last six months. To reach that number, customers were downloading app at the rate of about 2.5 million per day from the collection of 90,000 apps.”

Well I suppose they needed some good news at some point! (FYI Apple reached 25 billion a few months ago, lol).

“Shoppers anxious to get inside a Target store when it opens its doors in Canada will find Canadian content inside, under a federal ruling announced Friday that paves the way for the American retailer to take over Zellers stores across the country. The deal isn’t the first time the federal government has required a foreign company to sell Canadian cultural goods in exchange for entering the market.”

Excited to check out what Target has to offer :-)

“According to the Daily Mail, people in South American countries have for years had vendors pour their Coke into plastic bags so that they do not have to pay a deposit on the returnable glass bottles. Coca-Cola noticed this trend and decided to introduce biodegradable eco-friendly Coke-bottle-shaped branded bags.”

“People residing in the tiny mining town of Broken Hill, located in the Australian Outback, have recently woken up to an interesting and unexpected surprise. A forest made entirely of LEGOs had literally “popped up” over the course of a single night.”

“In an amazing video, a 32-year-old guy interviews himself at the age of 12. He had made videos from a young age, with the intention of doing just this.” 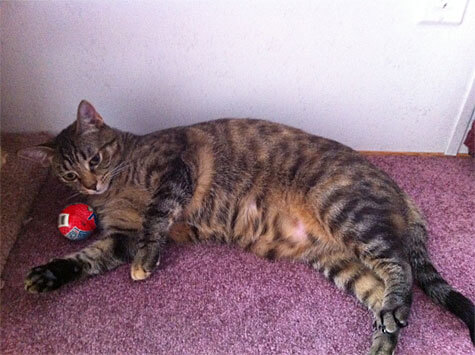 Linda Hoang is a Canadian blogger based in Edmonton, Alberta, who writes about travel, food lifestyle and pet topics. She's also a seasoned social media/digital strategist with a journalism background. Linda loves exploring the world with her husband Mike, eating their way through cities, supporting local businesses, and photographing Instagrammable Walls. She is the founder of the Edmonton International Cat Festival and a fur-mom to two cats and two dogs.
PrevPreviousNews Online: Woman hit while jogging in northeast Edmonton talks about her recovery
NextClicks of the Day: Monday, July 9, 2012 Edition!Next