Our last Christmas in November session for the weekend was early Monday morning. You might think after a night of partying (for most people, not me, I’m not a partier lol) there might’ve been a lot of people choosing sleep over a 9 a.m. session, but not when you’ve got the kind of awesome presenters #JasperCIN has! There was no way I was missing a demo from Daniel Braun and Edgar Gutierrez of Tres Carnales/Rostizado! 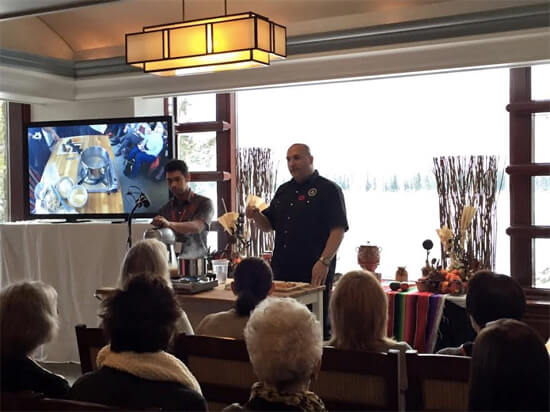 Last session of Christmas in November is with Dani & Edgar from Tres Carnales!

Dani and Edgar’s session was all about Christmas with a Mexican twist!

“Don’t be afraid of Mexican ingredients!”

The demonstration featured Ponche de Frutas Traditional Mexican Fruit Punch, Tamales, and Flan de Queso. Get the recipes for two of those items below: 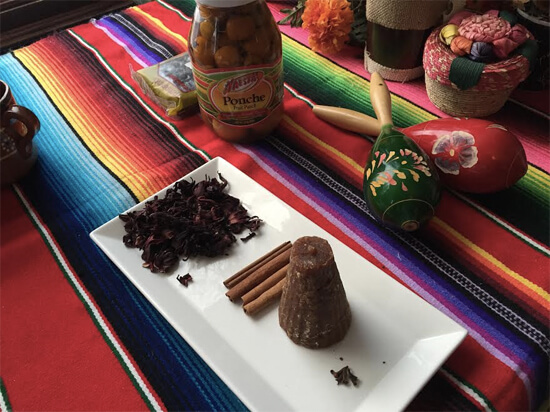 I loved the time Dani and Edgar spent on showcasing each ingredient they were going to use in the demo, talking about the taste of each ingredient and where you could get them – Mexican cinnamon, cloves, Sorrel, sugar cane, guava, prunes, Hawthorne fruit.

“Mexican cinnamon has a stronger taste, floral, familiar, but different.”

Head to your nearest Latin grocery store to pick up these items – or just get one of these readily-packed-for-ya fruits in a jar ‘Ponche!’ Just $8 and it’s everything you need for your Ponche de Frutas. 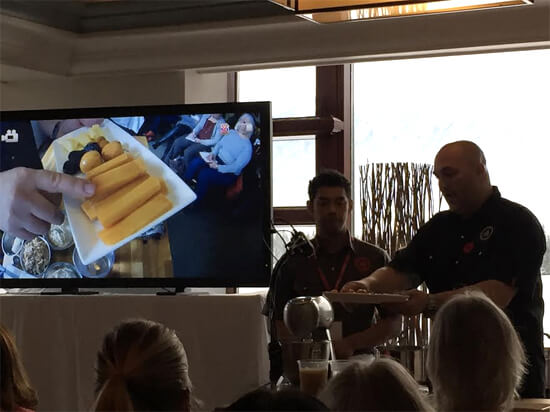 Dani explained that Ponche de Frutas is traditionally served when it’s cold, in the days leading up to Christmas. They had cups for everyone to try and it was absolutely delicious. Warm and wonderful. It gave you a very festive feeling – and reminds me of hot apple cider (but better!) 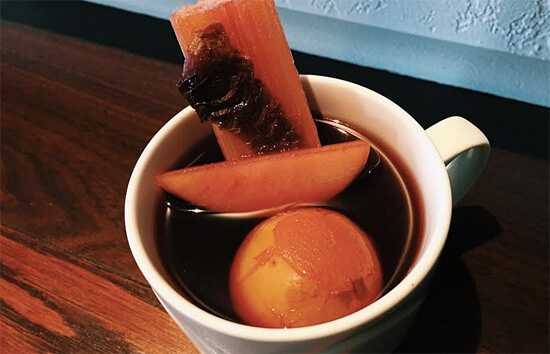 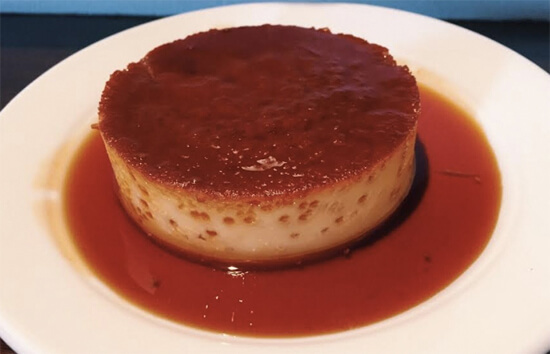 Edgar demo-ed tamales and Flan de Queso. PRO TIP for tamales: you know the batter is ready if you drop a test batch in water and it floats to the top. Then it’s ready to go! At Tres Carnales, they make about 200 tamales a day! You get quick at it when you make it so much (Edgar = speedy with tamales!)

We didn’t get to try any (because they take a long time to cook and this was an early morning session!) but we did get to try their Flan de Queso after Edgar demonstrated how to make that! Flan is not a super typical holiday dessert in Mexico – people have it throughout the year, but it’s still a lovely and different dessert to feature during the holidays. Dani calls it the “quintessential dessert of Latin America!”

Get the recipe for Flan de Queso! 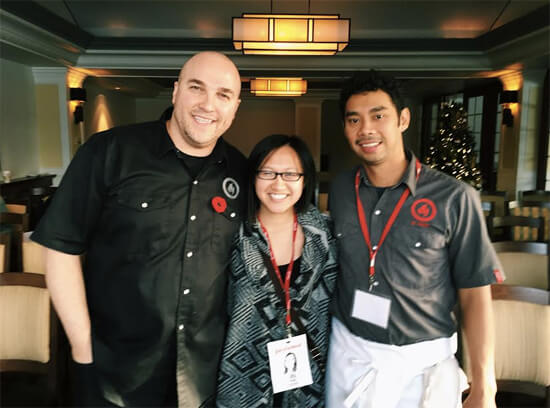 Thanks for the awesome session Dani & Edgar!

It was another great session to cap off a weekend of great sessions. Thank you Dani & Edgar for sharing your insights and taking part in Christmas in November! Afterwards, we chatted with the two (and got the photo above), and Edgar shared how he was pretty nervous/worried about leaving the restaurant for the weekend (and again for the last weekend). You can tell they are very passionate about cooking and dishing out the best for their customers. I’m glad to have gotten the chance to spend some time with them at #JasperCIN! 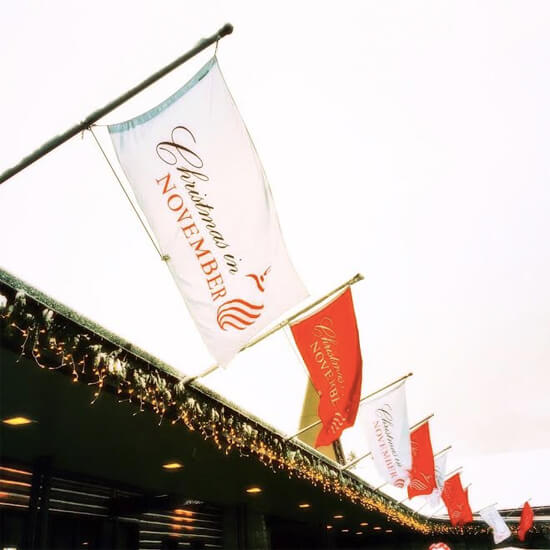 Thank you for the fabulous memories!

And then off we went back to Edmonton! There was a last day brunch that we could’ve attended as well but we wanted to bet the rush of vehicles and have a bit more time to navigate through the snowy/icy roads.

Thank you to the Fairmont Jasper Park Lodge staff, Christmas in November organizers, and obviously Gastropost/Postmedia – for the truly fantastic weekend. What a wonderful getaway! There was so much food, so much fun, and so many fabulous memories created. (Inside joke: ROSE!!!) I can’t wait to come back again and I absolutely recommend Christmas in November for anyone who is either 1) interested in food or 2) interested in a wicked weekend getaway at one of the most beautiful spots in the world. So lovely.

Linda Hoang is a Canadian blogger based in Edmonton, Alberta, who writes about travel, food, lifestyle and pet topics. She's also a seasoned social media/digital strategist with a journalism background, the founder of the Edmonton International Cat Festival and co-founder of Stop Race Based Hate, an online anti-racism education tool. Linda loves exploring the world with her partner Mike, eating their way through cities, supporting local businesses, and photographing Instagrammable Walls. Linda is a fur-mom to two cats and two dogs.
PrevPreviousHoliday Events & Activities in Edmonton (2014)
NextAlberta Primetime Pop Culture Panel (November 13, 2014)Next