40th Anniversary of the Fall of Saigon

April 30, 2015 marks the 40-year anniversary of the Fall of Saigon. It was the day the North Vietnamese communists captured the city and won the Vietnam War. It marked the beginning of a brutal, communist rule, and the beginning of the exodus – when more than a million Vietnamese refugees tried to flee the country (including my family).

Last weekend, I went to an event commemorating the day. About 200 Vietnamese Edmontonians crowded a north Edmonton community hall to recount stories and watch live skits and performances about the Fall. It was sombre and it  got me thinking two things:

1) How little I know about my heritage and

2) How little I know about my parents life.

What were my parents doing during the Fall of Saigon? I had no idea. So I asked them and wanted to share that part of their story on this blog today.

It’s actually part of a bigger project I am hoping to work on. I go through periods throughout the years where the former journalist/current storyteller in me thinks, man my parents stories from Vietnam and their journey to Canada would make a great book. Really I would just love to chronicle it for posterity and family history’s sake. They’ve told such great stories throughout the years, I’ve just never had the time and/or focused on putting it all together. This isn’t the first time I’ve mentioned it on my blog either. I posted about the Fall of Saigon in 2009 when I said I would be making a more active effort to learn about my family history (and six years later I still haven’t done much on that front. Eep). But I am feeling pretty inspired by my parents’ account of the Fall of Saigon, and look forward to learning more about how they came to be here (and how I came to be here!)

So what were my parents doing during the Fall of Saigon? 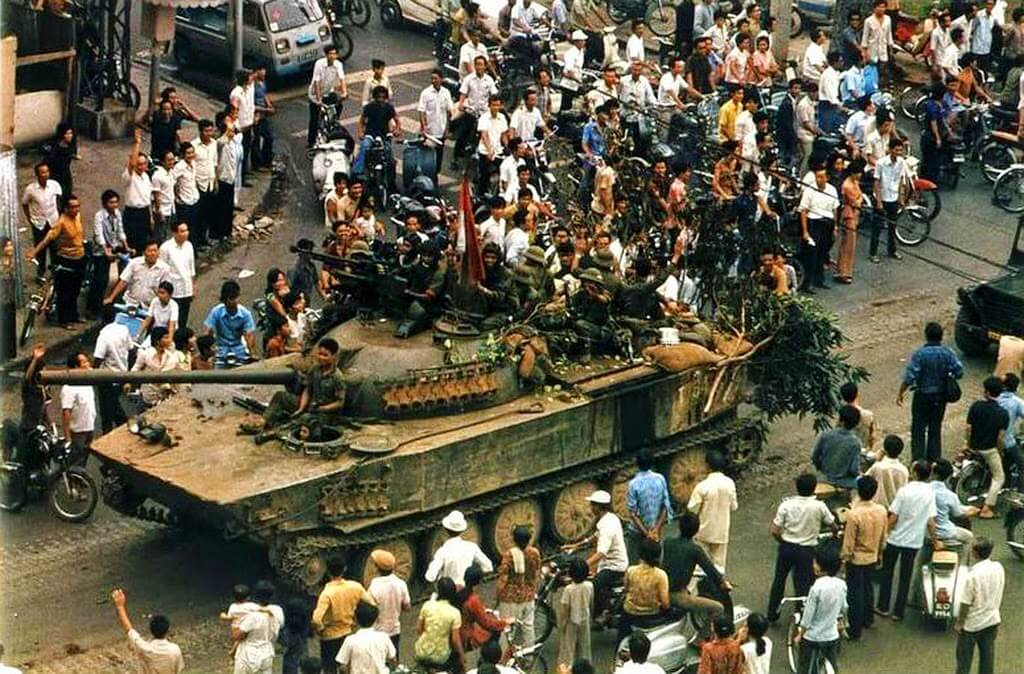 This is what they shared with me:

My mom was 19 when the communists took Saigon. She was nearly finished Grade 12, and had been preparing to take final exams when Saigon fell. Although the Vietnam War had been raging on for 20 years, Saigon had remained relatively untouched throughout. As the middle child in a family with eight kids, when the communists came, she was taking care of her two younger siblings in the family home. Her mother had died when mom was just 13 years old and her older siblings had moved out with their own families. Her dad wasn’t home, so she was in charge of the household.

When Saigon fell, mom and her siblings hid.

“We were so scared. We didn’t dare leave the house,” mom recalls.

Throughout the day, she did dare to peek out the window. She saw abandoned vehicles, motorcycles, bicycles, all over the street. People running with suitcases. Large families with babies and children all went together to try and board boats and ships to flee. There was looting. Mom saw people raid abandoned vehicles to salvage items to sell later. There was a lot of activity in front of mom’s house because she was right by the ports where many were headed to try and escape. She described it as chaos. 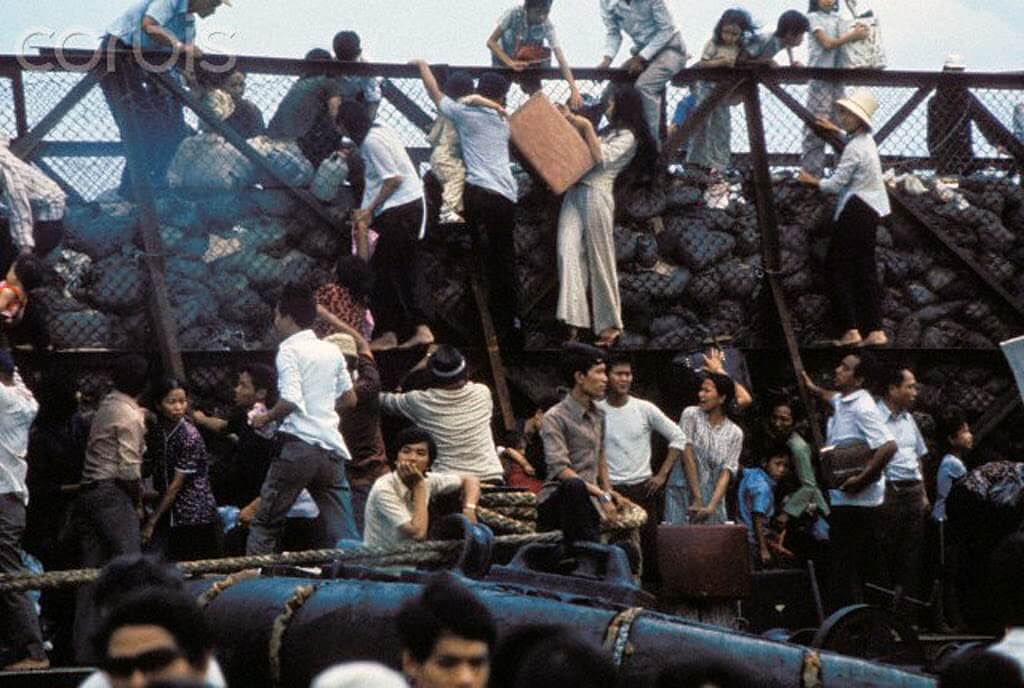 Mom was terrified but she didn’t want to leave – her home that day or Vietnam at all. She had been living comfortably up until this point. Her family was fairly middle class (and Saigon really hadn’t felt the effects of the war until that month). Mom didn’t know how bad it would get. She said many of those who fled that first day were either poor, had nothing to lose, or they had come to Saigon from other areas of Vietnam throughout the war period, where they’d already experienced the communist regime and knew how bad it would be. I would say they were very brave too.

Mom didn’t meet my dad for another four years after the Fall of Saigon. Looking back, she said if she and dad had been together when Saigon fell, they probably would’ve tried to flee the country too. Dad said so many people who fled that day died, so I’m glad they hadn’t met yet.

While mom hid, dad spent the day riding around Saigon on his motorcycle, watching the chaos unfold. He was 20 years old and was a handyman, living with his mom and dad. He knew it was dangerous out on the streets, but was too curious to stay away. He was probably being a bit reckless, which isn’t unlike how he is today.

“I had to see what was happening,” he said.

Dad described the Fall of Saigon as a massacre. He saw communist soldiers gunning down innocents on the streets. People frantically trying to escape trampled others doing the same. Down at the docks, there were so many trying to push their way onto ships and boats that many fell into the water. He said parents were pushing their kids onto the ships and some of them fell into the water too. Dad said many Vietnamese people didn’t want to stick around as communists took over their city, took over their country. They just wanted to get out. Many took their lives that day too – they’d rather be dead than live under communist rule. 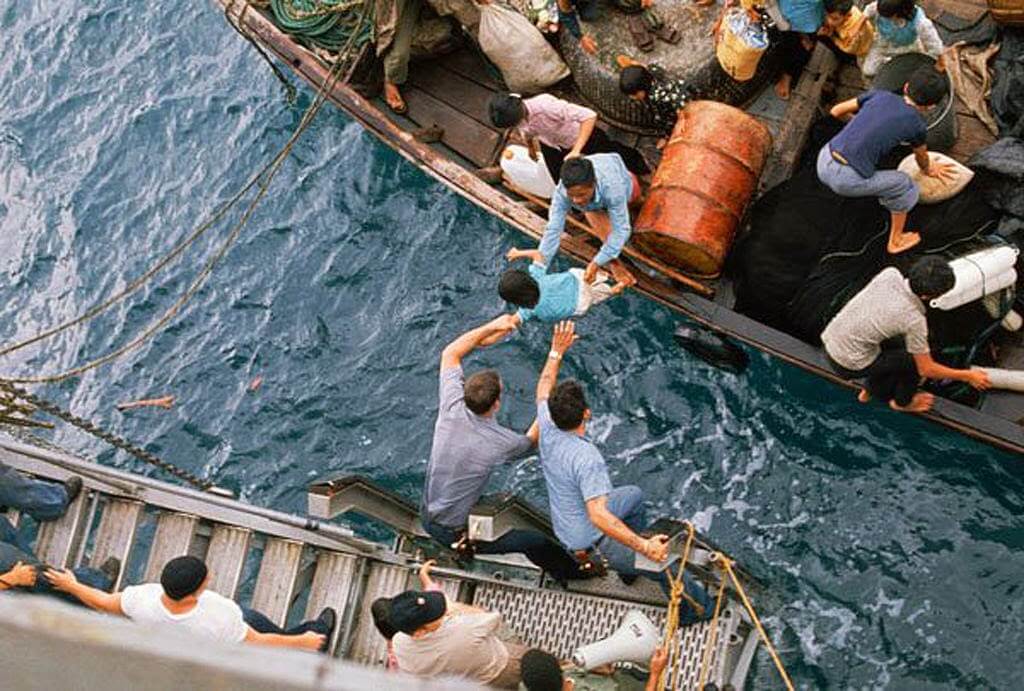 Hundreds of thousands who tried to escape the country over the next several years didn’t make it. There were pirates, storms, overcrowding, sickness…

But mom and dad wouldn’t leave Vietnam together until 1985 – 10 years after the Fall of Saigon.

How did life change after the communists took Saigon? What was life like as boat people? They have incredible stories I want to chronicle and share and they’re happy I want to share their story (I think, just happy I’m finally asking questions about our history).

Heck, they were thrilled I went to the 40th anniversary event. I think it meant a lot to them. I didn’t even realize the significance of the event until I got there. I thought I was going to a Vietnamese concert! But I’m so glad I went and learned more about the Fall of Saigon. More importantly, I’m glad I learned what my parents experienced on that day. I am truly in awe of what they overcame, the odds they defied, to get to where they are today. 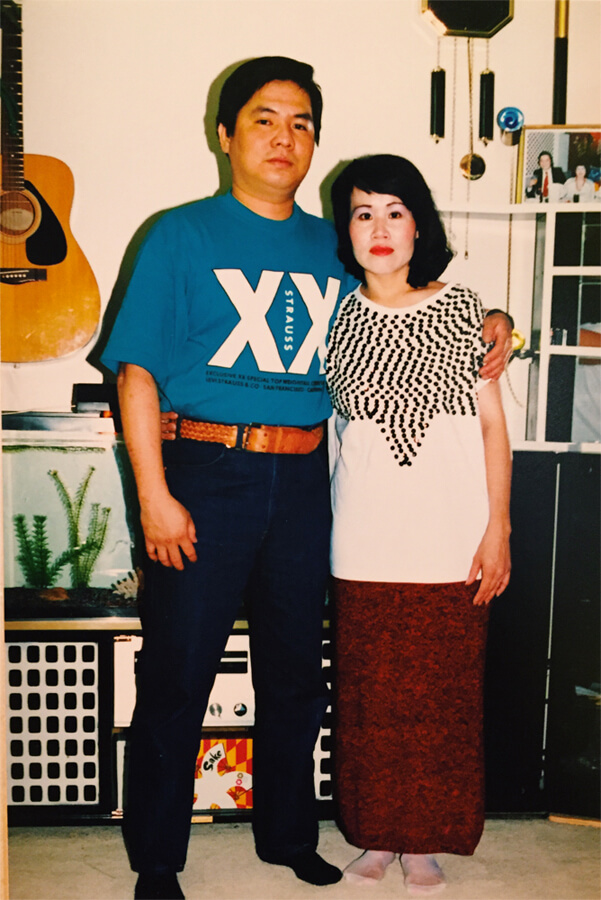 Old school: My parents all settled into Canadian life in the late 1980s. 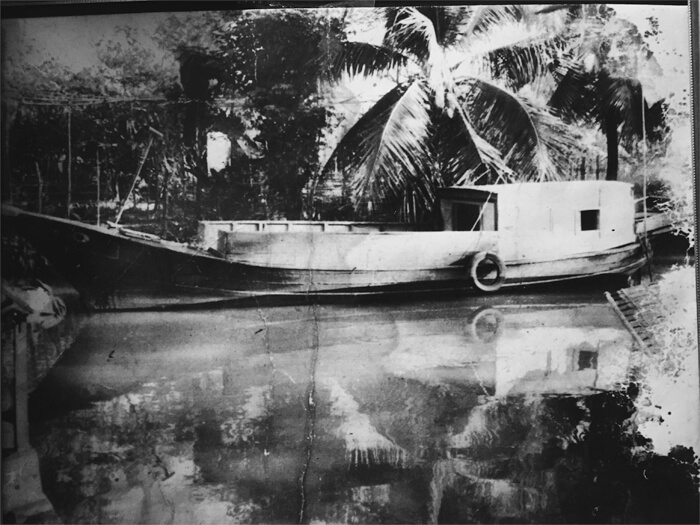 Dad built this boat to escape Vietnam in 1985. That’s for a later chapter in the book :)

To quote Doctor Who (lol), we are all stories, in the end.

My parents have so many of those stories. I can’t wait to hear them and share them with you.

Linda Hoang is a Canadian blogger based in Edmonton, Alberta, who writes about travel, food, lifestyle and pet topics. She's also a seasoned social media/digital strategist with a journalism background, the founder of the Edmonton International Cat Festival and co-founder of Stop Race Based Hate, an online anti-racism education tool. Linda loves exploring the world with her partner Mike, eating their way through cities, supporting local businesses, and photographing Instagrammable Walls. Linda is a fur-mom to two cats and two dogs.
PrevPreviousSocial Media Notes (#67) – Links for the Week of April 20 – 26
NextSocial Media Notes (#68) – Links for the Week of April 27 – May 3Next